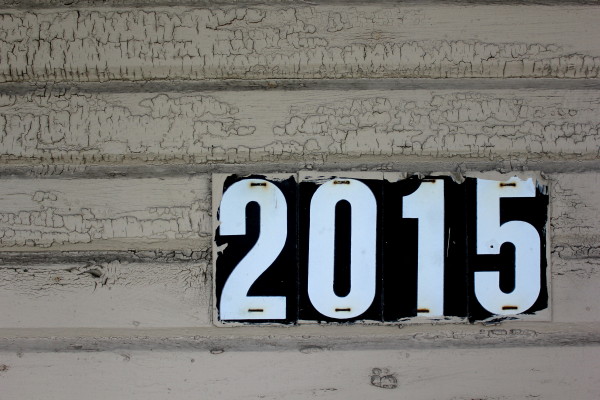 We meet again, plywood. Once more you grace the windows of an aged Victorian. Though you mark a property as uninhabited, you blend into the beige paint. I hardly notice you. No, I pay heed to the home’s sweet, simple gingerbread. The original touches. The carvings. The curve of wood and spindles. The fish scales. Even some of the details on the front door are visible through the layers and layers of paint. 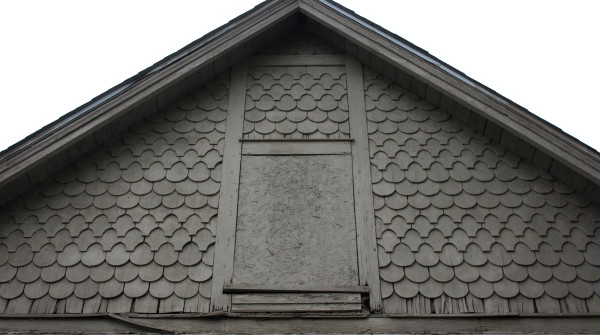 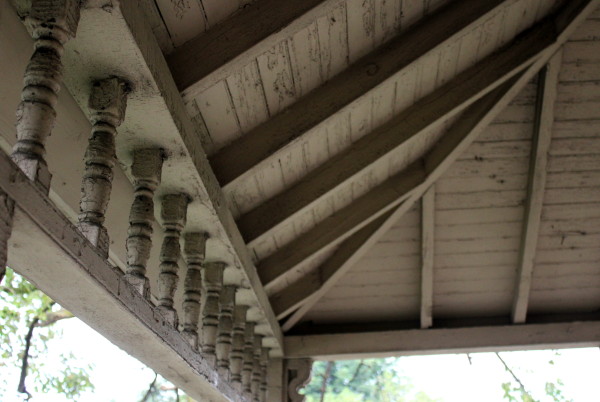 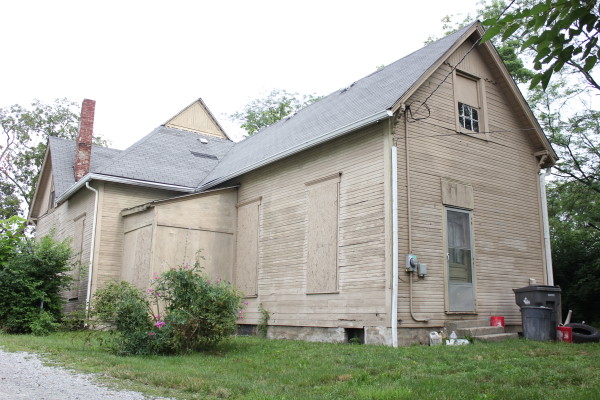 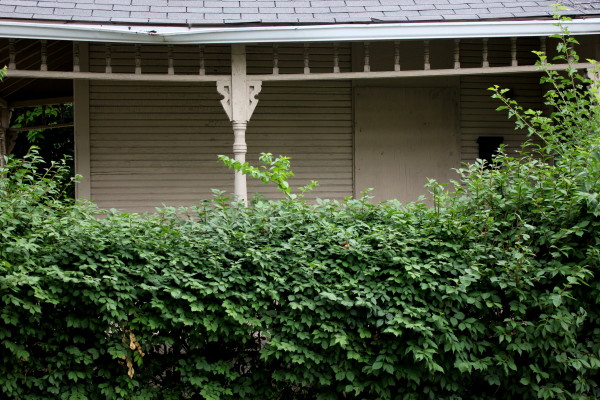 The home, built circa 1900, was constructed on Mississippi Street, a north-south roadway just one block west of Capitol (originally Tennessee). The 1887 Sanborn Map shows that the area was hardly settled. Only a triangle of farm land appears, as well as two buildings, and what was then 12th Street (now 20th). However, the 1898 Sanborn Map (updated to 1914) shows development; the area is filled with wooden dwellings. Furthermore, the Map shows that Mississippi Street had been changed to Senate Avenue. However, in 1915, the name changed again, to Boulevard Place. This particular street name stayed in place until mid-century, when it was changed back to Senate Avenue.  And today? A nearby street sign declares the roadway as “Senate Boulevard,” a blending of two former names. 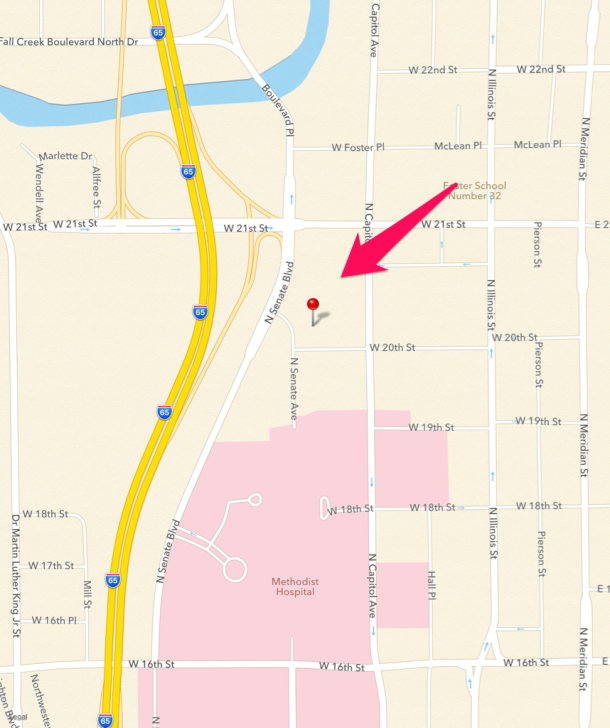 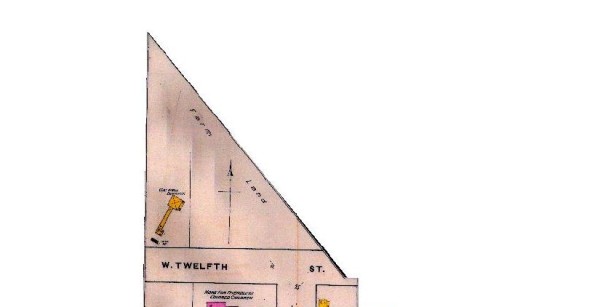 The area on which the house now stands was hardly developed, according to the 1887 Sanborn Map. The area was generally labeled as “farm land.” Twelfth Street, as it appears on the Map, is now 20th Street.

The 1898 Sanborn Map (updated to 1914) shows a more developed residential area, with many wooden homes. The street name, originally Mississippi, had been changed to Senate Avenue. 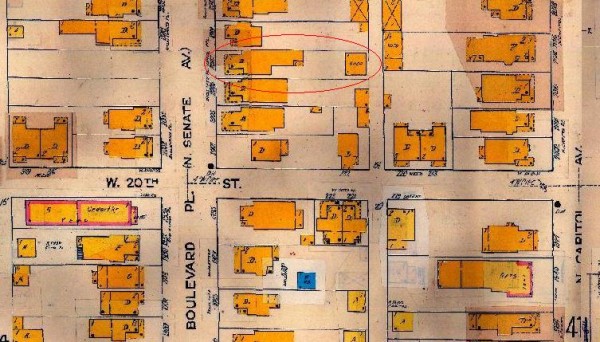 The 1915 Sanborn Map is the first map to use the label “Boulevard Place.”

Unlike other properties in the city—where, for years and years, a particular family resided in a home—the residents of 2015 N. Senate Ave. often changed. For example, the first two residents listed in the city directories (available online) stayed in the home for only a few years. And in 1920, the home was actually vacant. However, it was soon picked up by another owner, and changed hands in the 1930s as well. By 1940, an African-American woman named Mrs. Carrie M. Ross resided at the home. The 1940 census records showed that Ross, who was born in 1879, had three lodgers staying in the home as well: James Morrow, 20; Charline Morrow, 20; and Margaret Owesley, 41.

After Ross left the house, the Cain family purchased it. The Cain family is, to the best of my knowledge, the only family to whom the house has belonged for an extended period of time. More than 60 years, in fact. 2015 N. Senate Ave. stayed in the Cain family until just this past month, when a new owner acquired it. It is unsure, at this time, if the new owner plans to renovate the property, leave it, level it or turn it into something other than a residential dwelling. It is highly possible, after all, that the home can disappear. Originally, the street was filled with neighboring homes and carriage houses. Blocks and blocks of city residences. With the passing years, however, things changed; the Interstate was built, the hospital grew. It’s not so much about the details anymore, about the gingerbread. It’s the bigger picture. 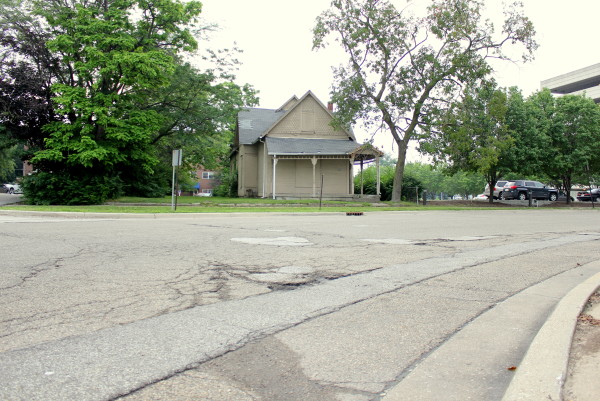 By the 1970s, most of the homes in the area had been leveled in order to make room for the Interstate, as well as hospital expansion and other community services. (1979 aerial image courtesy MapIndy)

We need hospitals. We will always need hospitals. And in a city that’s built for the automobile, we need an Interstate. Expansion is inevitable. But in case this home is in danger of disappearing—like all of its former neighbors—let’s not leave out the option of moving it. Moving an entire home is costly, most definitely. It’s difficult and challenging and stressful. But the home is well-constructed. And quaint, in its detailed way. And it’s the last home left on the block. The last one standing. And it’d be shame if it, too, were gone. 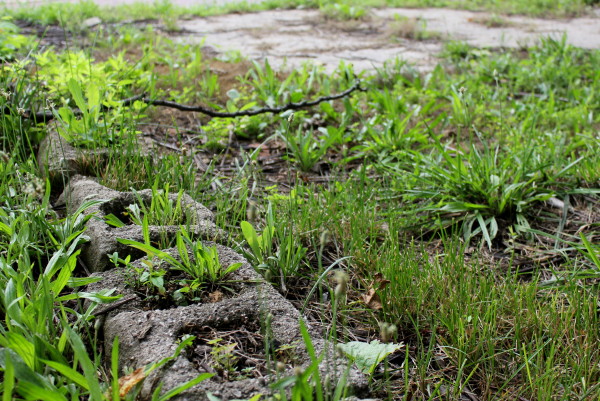 remnants of the carriage house (photo by Dawn Olsen)

Should you be driving the historic streets of Indy and find a gem like this–in need of some TLC– for sale, there is a loan available, exclusive to Indianapolis right now that would allow you to roll in repair/ restoration costs to the purchase price. (Some restrictions apply.) More details on the INHP Revive Indy loan can be found here. 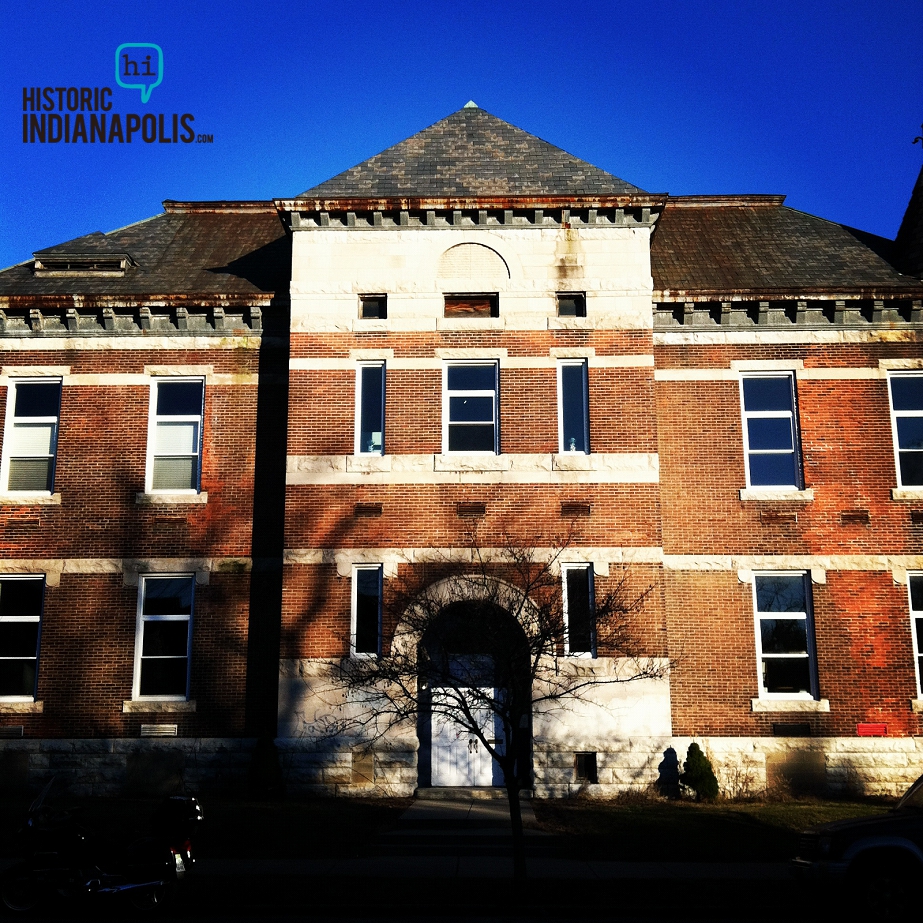 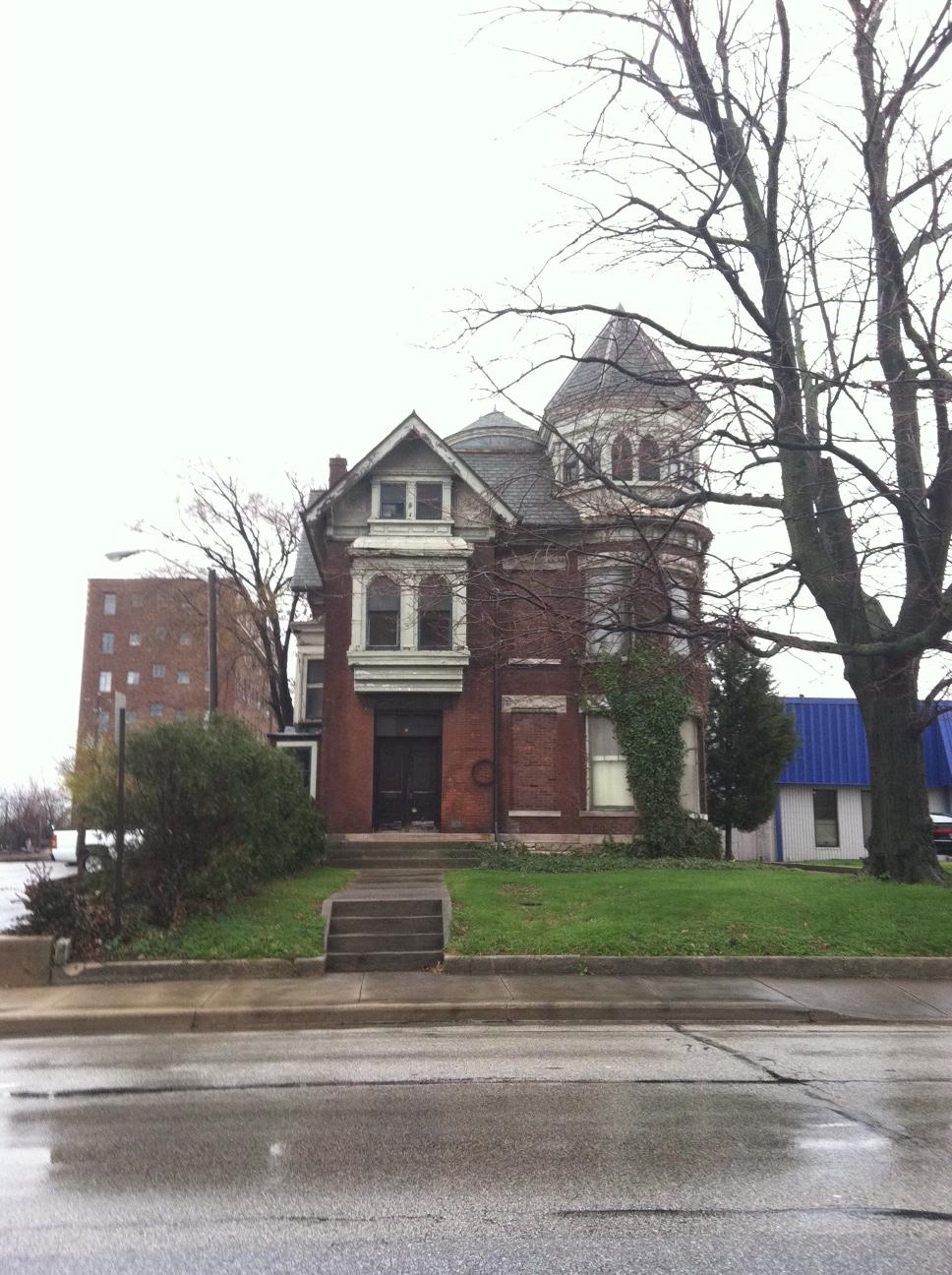 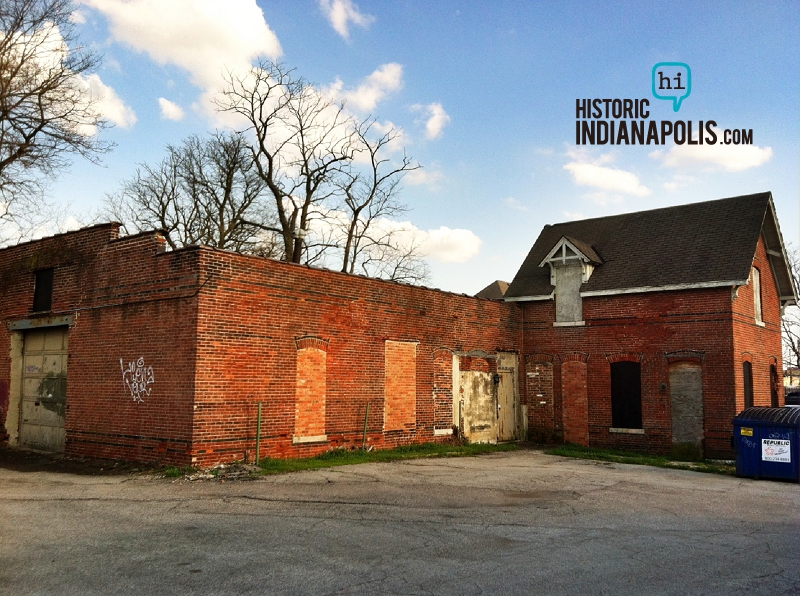