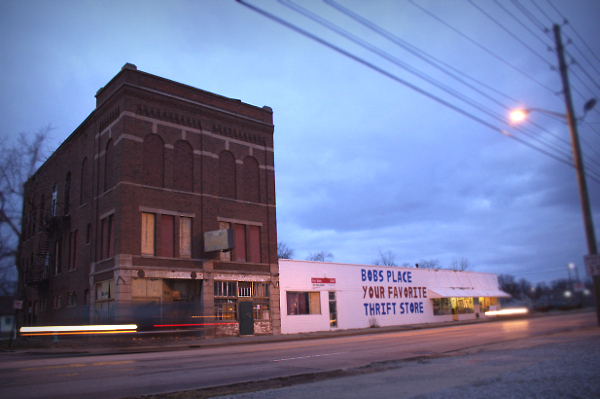 It guards the corner of Hamilton and East Washington, its storefronts close to the sidewalk, expectant. It has watched its neighbors come and go, come and go, change from printing company and barber to gas station and thrift shop. Over the years, it has watched both the amount and the speed of traffic increase. It has seen everything.

It has survived everything. Built approximately in 1900, it has withstood a tornado and, more recently, a roof collapse.

And now? Now it’s ready. Ready for anything. Everything. And, more importantly, something. 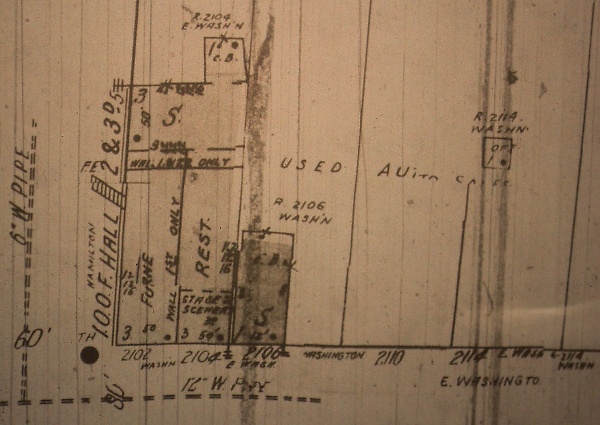 The 1914 Sanborn map illustrates the use of the building as an Independent Order of Odd Fellows (IOOF) Capital Lodge. The official IOOF address was “2104 1/2 E. Washington Street.” The building itself hosted a variety of businesses, and its commercial neighbors included a barber and tinner. Here, the surrounding lots are dedicated to automobile sales.

In 1916, 2102 E. Washington St. was a drugstore, one operating under the name “Neidhamer.” A few years later, the drugstore–which occupied the left side of the main floor–was neighbor to a cigar shop, J.L. MacDaniel Cigars. Of course, this was the first of several cigar shops occupying the 2104 suite, the others being Parke L. Pope Cigars and R.E. Butt Cigars. United under one roof, the two storefronts were host to a variety of businesses. There were the furniture stores in the ’30s and ’50s. The T.V. sales and services in the ’70s. The billiards. And the taverns. Oh, the taverns: James Raftis’s tavern, Thomas Musser’s tavern, J. Walter Burrow’s tavern, Al-Moe Bar, California Nite Club.

The three-story building, featured by Joan Hostetler a year ago on “Then and Now,” was also home to the Independent Order of Odd Fellows (IOOF) for a number of years. And, most recently, the building was home to a salvage shop. It had been everything.

But today? Today, it is everything but occupied. 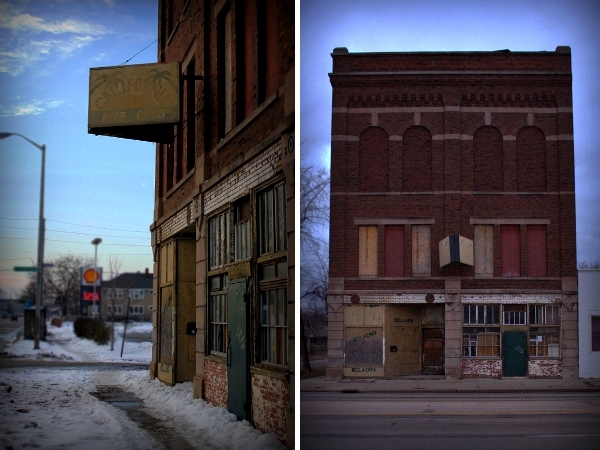 About a year ago, the roof collapsed from the tresses, exposing to the elements its turn-of-the-century construction. One particular post even punctured the second floor before settling on the main level. The condition of the property deteriorated rapidly, and, before long, the building was pegged for demolition. 2102/2104 E. Washington St. would’ve most likely been knocked down, plowed over, and tilled into a vacant lot had the Englewood Community Development Corporation (ECDC) not stepped in.

ECDC, an outgrowth of Englewood Christian Church dedicated to community development, acquired the property with the intent to give it new life under the East Washington Street Vision Plan.The Plan, which “promotes the transformation of a struggling, degraded corridor into a vibrant, mixed-use urban address,” is the combined vision of ECDC, Indy-East Asset Development, and the Southeast Neighborhood Quality of Life Plan. This nonprofit partnership is headed by director Joe Bowling.

When asked about the revitalization of East Washington Street, Bowling’s first words were, “We care about history.” It is unsurprising, then, that one of the Plan’s ten principles is to integrate irreplaceable historic structures. “The greenest building is one that is already built,” says the Plan. Of course, some structures, including the old IOOF building, are in need of more than a coat of paint, the removal of plywood.

“It’s one of our first big projects,” Bowling said. “[ECDC] is currently managing the stabilization and early renovation of the property. Crews are out there now, tackling this giant, gaping hole, have you.”

But when speaking about the potential of the property, Bowling’s voice lightens, quickens. “The roof collapse was a lot for the last owner, and [ECDC] stepped in and saved it right, very possibly, at the last moment.” Excitedly, Bowling spoke of the plans to renovate the property into an art gallery or music venue. “The stage [on the third floor] is holding the rest of the roof in place,” he said.  “You can say that the theater saved the building.”

The third-floor theater was once a venue for the IOOF. The stage on which they dramatically and allegorically presented their principles has survived, withstanding rain, snow, and sun, and establishing the idea that maybe this building was made to host creativity. And, given the soon-to-be-owner’s intent to renovate the building into a gallery and studio, East Washington could be taking a step toward revitalization. 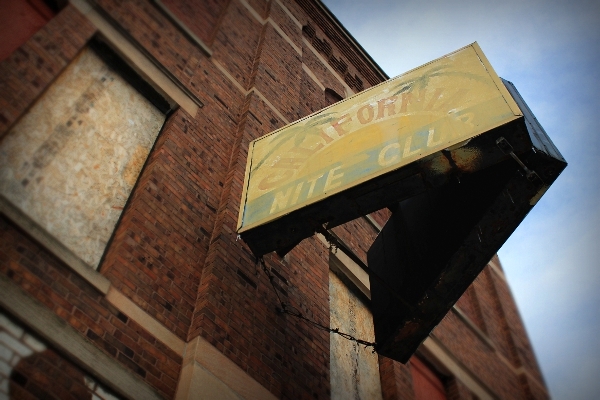 Joe Cox, founder of Cardinal Bicycle Company, had been eyeing 2102/2104 E. Washington for a few years before he learned that it was for sale, and was in need of renovation. “It was just perfect timing,” said Cox, who owns Joe’s Cycles. “We had grown out of our Fountain Square location, and we needed more space.” True, their less-than-1,000-square-foot Virginia Avenue shop will be dramatically upgraded to an 11,700-square-foot building, but it also comes with a 5-year plan.

“Our eventual goal is to get a theater upstairs, and restore what’s there to its original condition, and make it some kind of venue. Find a way to provide people with an inexpensive place that doesn’t cost thousands to rent.” And then there’s the rooftop deck. The second-floor art gallery. The studio.

“It’s a grassroots effort,” Cox said. “We have to get people back in the area. We need to have commerce, need to have something positive.” But despite the amount of work before him, Cox remains upbeat and eager. “We saw Fountain Square grow and change and evolve, and I want to do the same for this area.”

Cox, who also promotes the building of bike trails from both Fountain Square to East Washington and downtown to East Washington, plans to renovate one storefront into a coffee shop. The other half will host the bike shop, with space to create and manufacture. The goal is to have the building ready and open for business come spring. “That’s bike season,” he says with a smile. 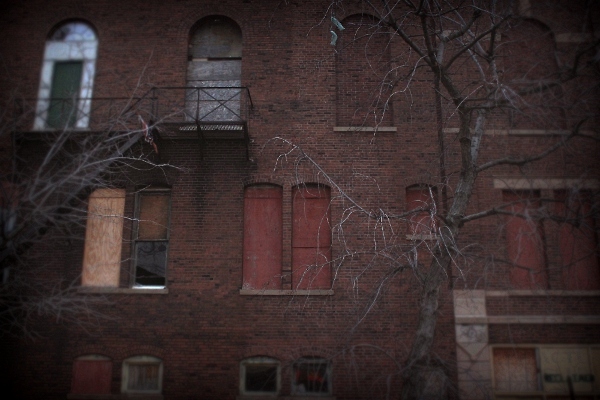 Short term, bikes and coffee. Long term, hotspot. “This building was originally built with first-floor commerce in mind,” Cox said. “We wanted to stick with that. But the other floors?” He elaborates on the white-washed art gallery, and the studio where artists could develop their trade, or musicians could practice without noise ordinance restrictions. “You have to remember the past. We want to bring performance back to the building.”

It’s going to be a lot of work. It’s going to be awhile before East Washington is an immediate destination. But Cox and Bowling, two of a number of individuals dedicated to rehabilitating a building–a neighborhood–are eager to roll up their sleeves.

Ready for anything. For everything. 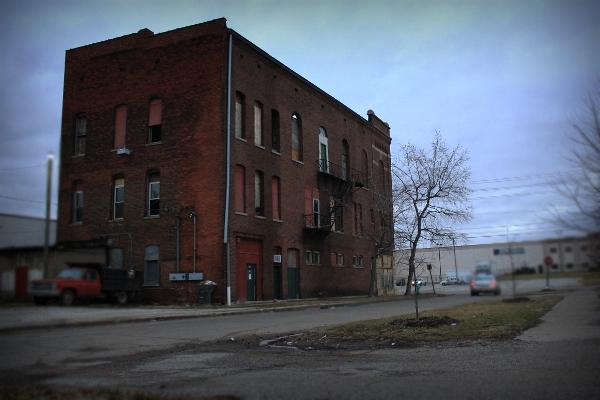 To receive a special, behind-the-scenes tour of the IOOF building, attend the NESCO Pub Crawl on May 18. The Pub Crawl is a twice-yearly fundraiser sponsored by the the Near Eastside Community Organization’s History and Preservation Committee. 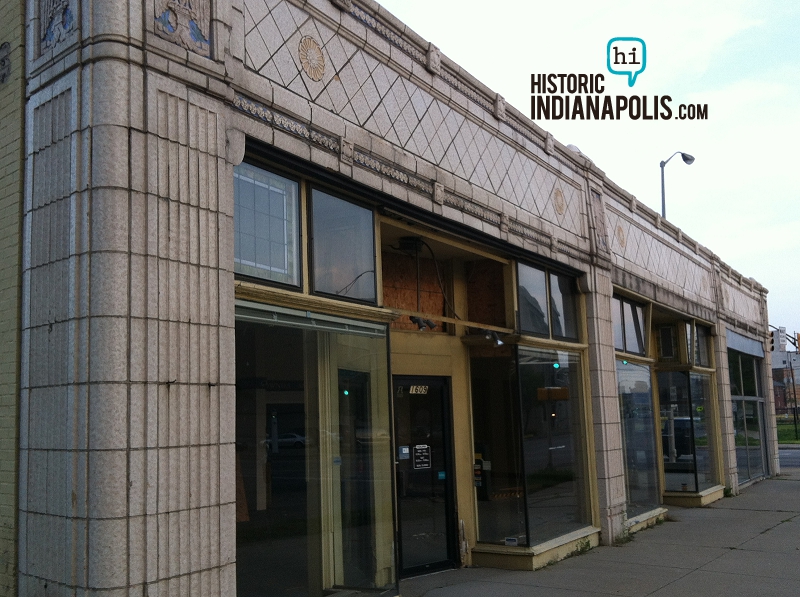 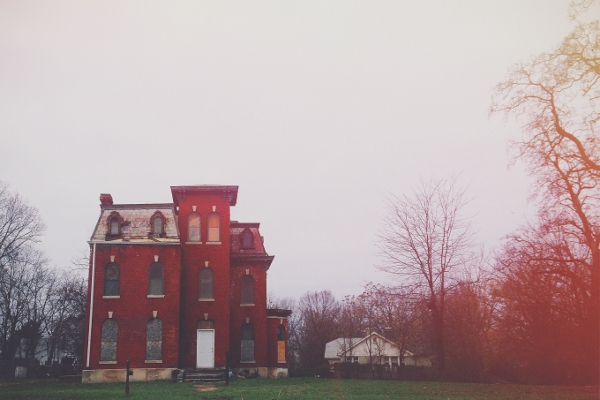 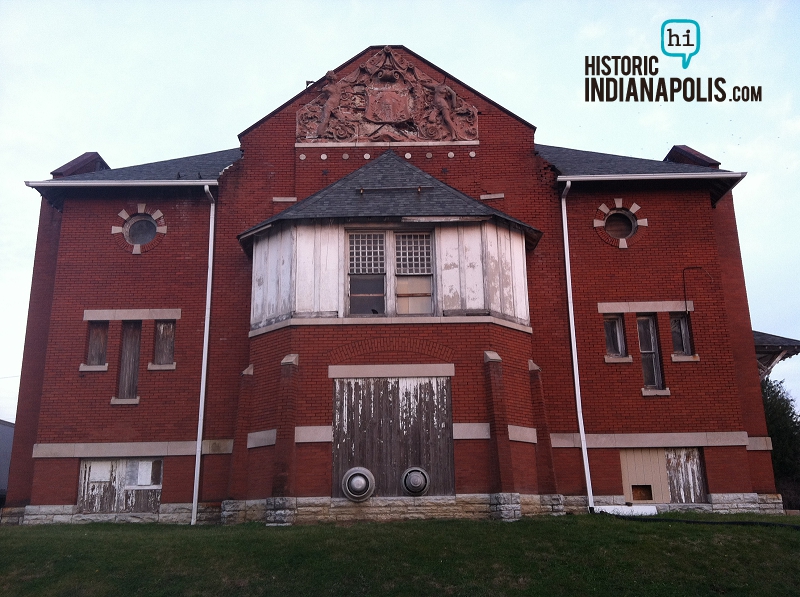 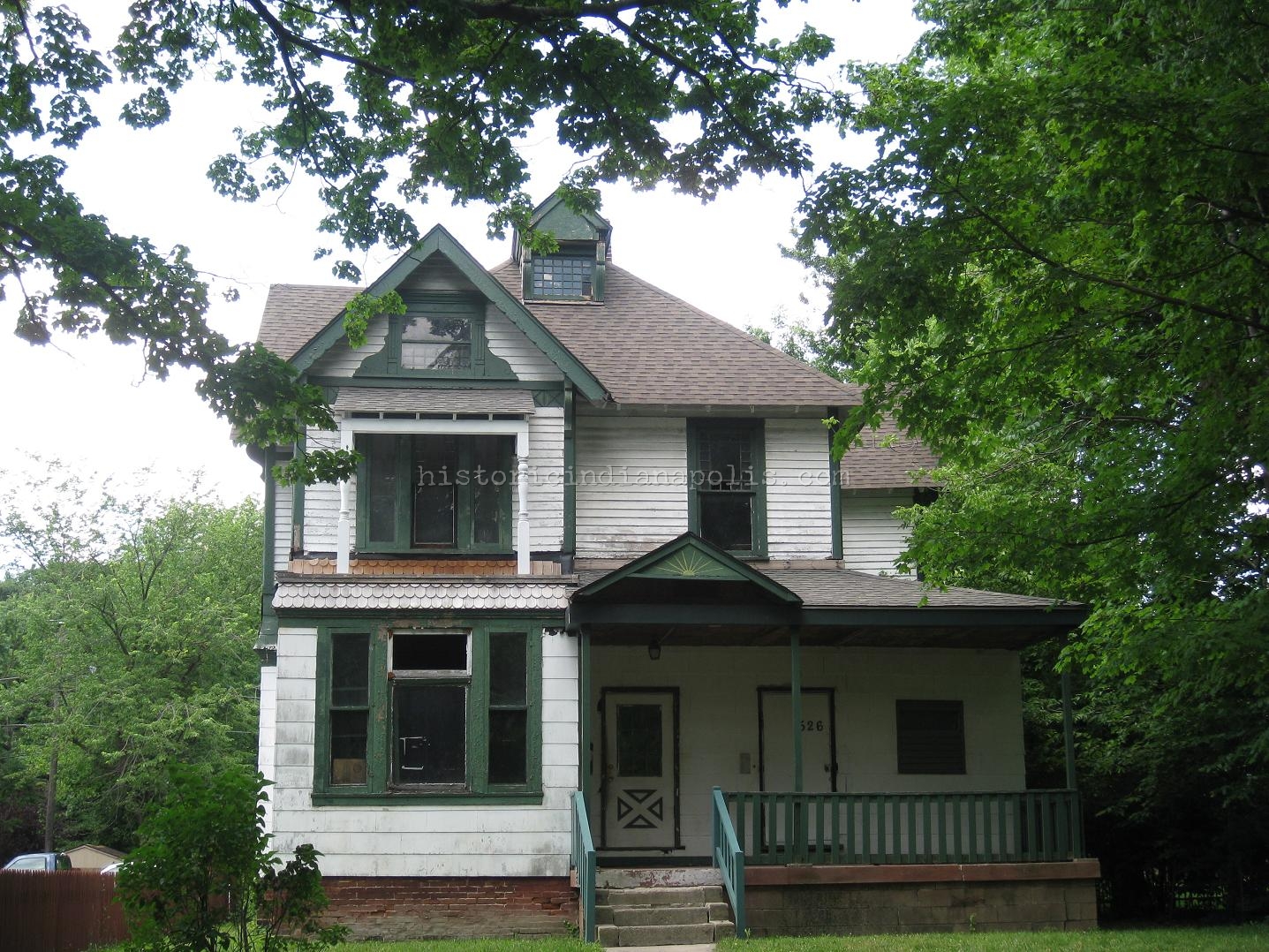