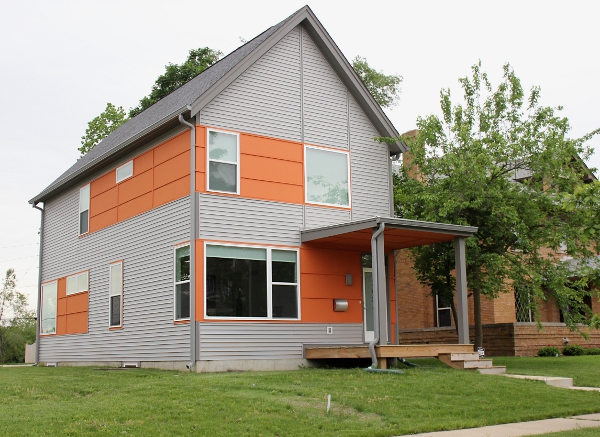 “We don’t make mistakes, we just have happy accidents.”

So said Bob Ross, who—through The Joy of Painting—taught techniques and positive thinking. His work was never muddled; his paintings were a balance of light and color and nature and, of course, “happy little trees.”

When it comes to architecture, “happy accidents” typically aren’t desired. Not when things are so calculated, so precise, so deliberately designed. One cannot easily drag a brush across an empty lot and paint a structurally sound house. Renovations and additions require thought as well. Will they be economical in the long run? How will they benefit me/the family? Can I fully afford what needs to be done? What will the finished work look like? 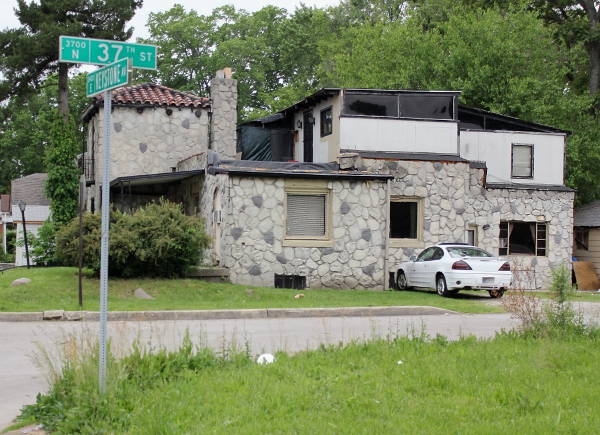 Unfortunately, not every individual takes time to answer each of these questions. What’s more, not every individual has the financial means to properly reconstruct an architectural element. If that be the case, quick fixes and inexpensive materials are often used, despite the materials’ inability to complement existing features. And, sometimes, contrasting styles are made to weld together. Even more often, vinyl is laid atop ancient brick or wood. Ultimately, the muddling of styles, materials, and colors can be jarring. 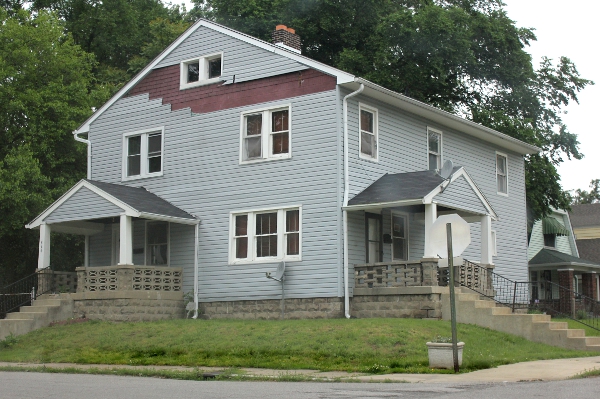 The vinyl siding has begun to peel back from the original brick and plaster exterior. 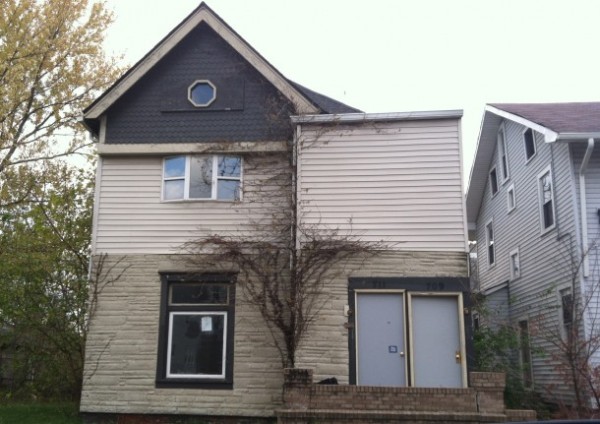 Tiffany Benedict Berkson featured this property in a WTH post on Dec. 5, 2012. This “Neopolitan” property has both vinyl siding and stone veneer. The fish scales at the top of the home, however, are most likely original. This home could be made more attractive if the non-original exterior materials were removed, and if the bay window on the second floor were enlarged. Furthermore, the front door can be replaced with something much more inviting, something less … industrial. 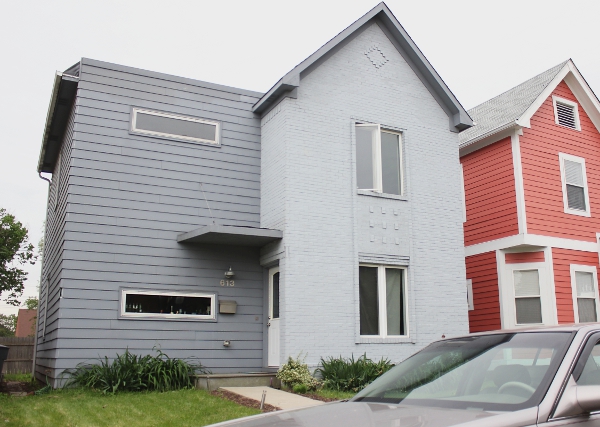 The east side of this house appears almost fortress-like when juxtaposed next to the original brick structure. Furthermore, the front door is somewhat hidden. I would suggest adding more or bigger windows to the east wing of the house, and also changing the entryway so that the door faces the street.

“Muddling,” when applied to architecture, refers to a building that undergoes so many modifications that the original structure or historic aesthetics are no longer distinguishable. Fullerton Heritage, a California not-for-profit corporation dedicated to preserving historic architectural resources, defines muddling as “misguided attempts to ‘improve’ a building.” They add that “marring a building’s original architectural style often adversely affects the resale value.” 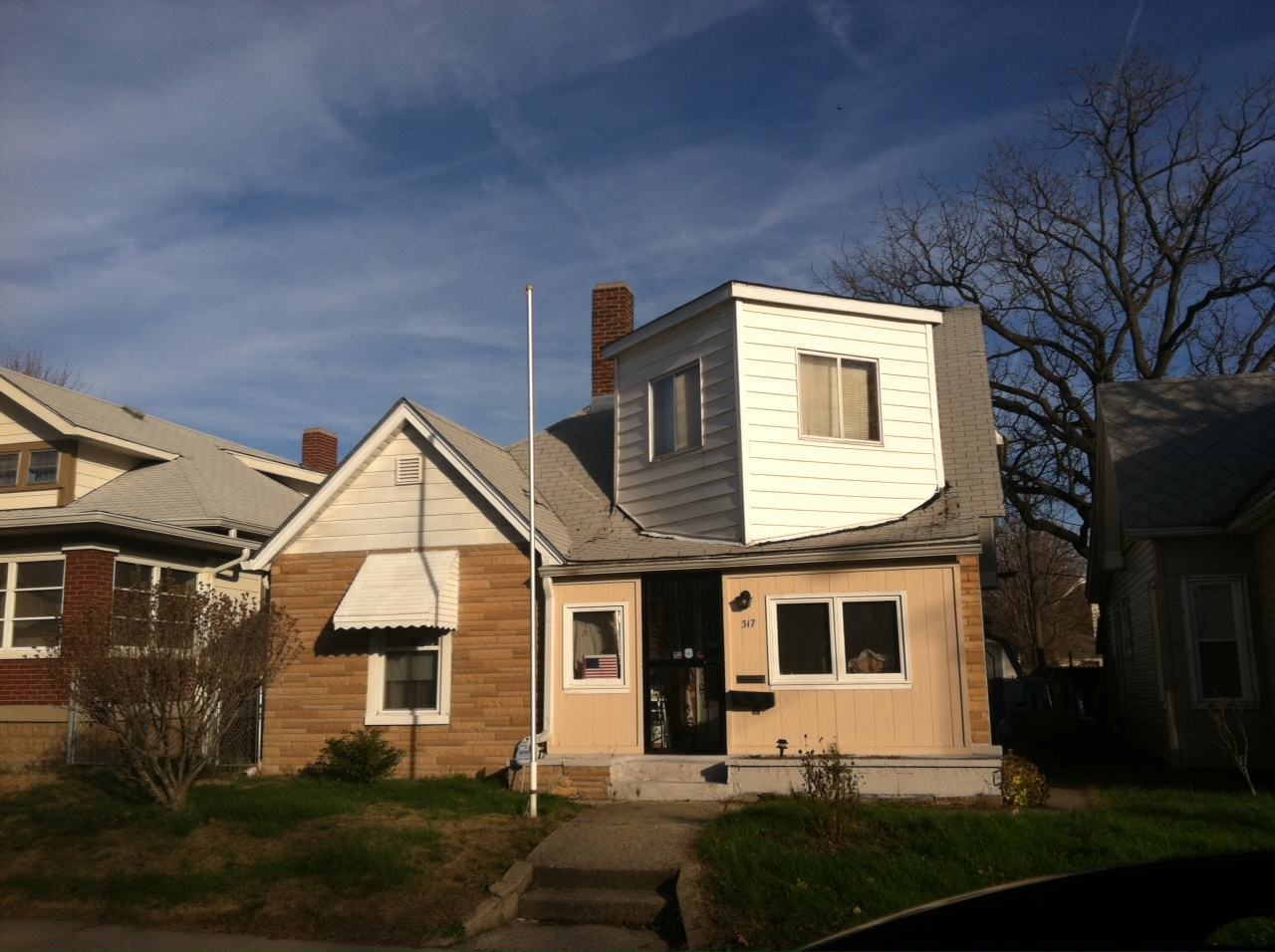 Professor Eugene Hoogenboom wrote just three words about this property in a Dec. 7, 2011 WTH post: “This. Is. Unfortunate.” 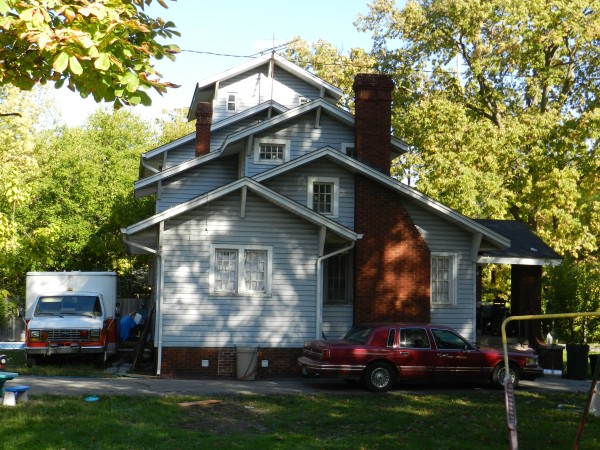 “House of the Five Gables” was published by Miriam Burkett on Oct. 10, 2012. The home has many additions (a large addition could almost be converted into a separate building). 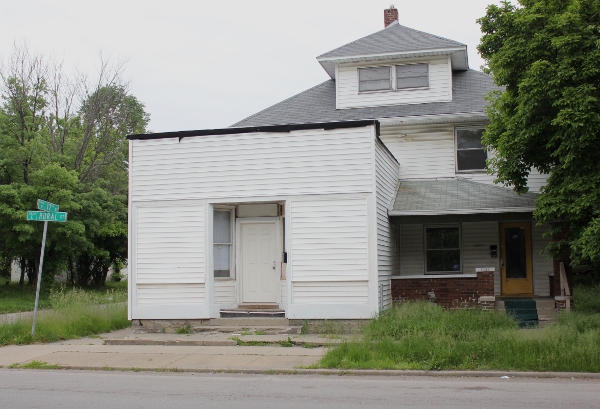 Located at 17th and Rural streets, this property has a commercial-like addition attached to the front of it. 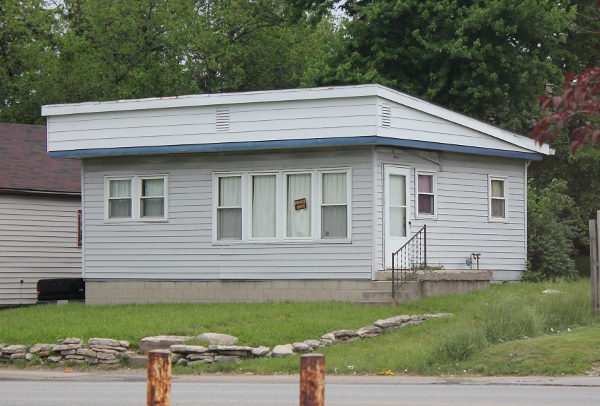 This small home on Keystone reminds me of the doctor’s office I used to visit when I was a child. I’m curious to know if all that is under that vinyl is cement block. In order to make this building appear more residential, I suggest adding a friendly rail around the edge of the stoop. The house may look more welcoming, too, if all the windows were of the same size and style. And the roof? Though odd, it is what makes this building distinct. 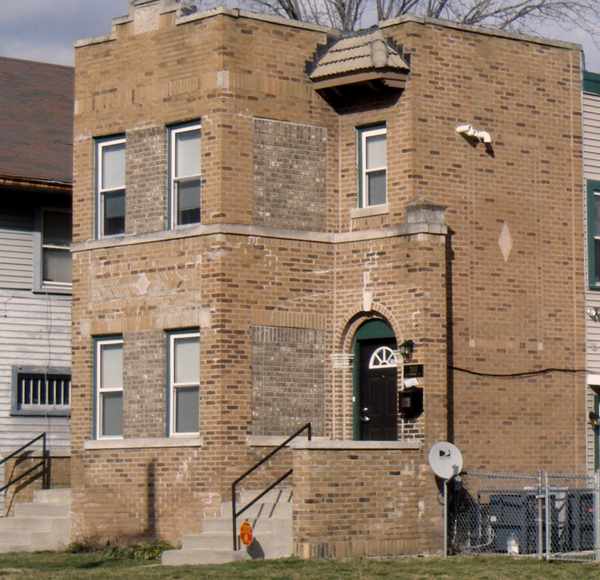 This Delaware Street property was featured by Luke Kessler and Michael C. Painton on June 6, 2012. They note that the historic windows have been removed and bricked in, and that the original stoop/entryway has been removed as well.

During my time in Indianapolis, my eyes have grown accustomed to abandoned homes. While driving, they scan for plywood, for overgrown grass. Of course, there are many more things—both the beautiful and the cringe-worthy—that can catch one’s eye as well. The latter, as we know, are often featured on WTH Wednesdays.

WTH Wednesdays are a take on the National Trust for Historic Preservation’s Yikes feature, which shares photos of “insensitive renovations.” In fact, some of the photos included here are from former WTH features. In the past, WTH has been scrutinized, and has even been accused of mocking homeowners. On the contrary, WTH is a tool; it’s a satire on building alterations. It teaches us what not to do. It shows us what aged, peeling, or missing brick veneer panels look like years into the future. It encourages us to do better, and to try to respect a historic home’s dignity.

What I noticed most on my latest outing was the presence of vinyl: vinyl siding, vinyl windows. I also noticed that many a home has walled in its front porch. While I understand the need for more usable square footage, I do wish that the materials used to do so would blend more easily. Flow from one element to the next. Make you think, Hmm. That house is a nice size. I wonder if they renovated? rather than, Hmm. They lost themselves a porch on that one. 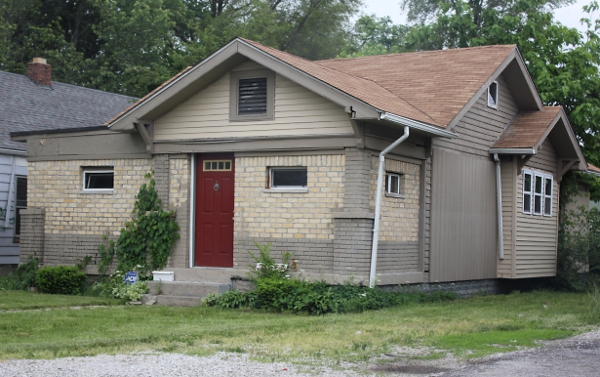 This home, located just off Keystone, used to have a porch. Sometime in the past, however, it was sealed with a lighter-colored brick. The front door moved forward as well, and turned what was once a front porch into, most likely, a living room. 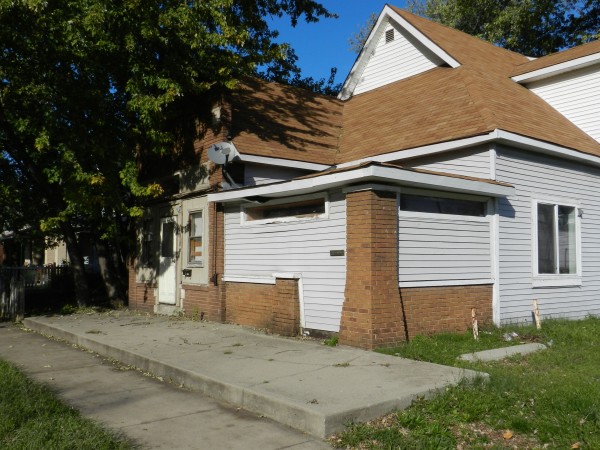 This home was spotlighted in a WTH feature written by Miriam Burkett and published Oct. 17, 2012. Here, the front porch has been closed off with siding, rather than with sealed windows that still allow light to filter in. Furthermore, the window sizes and styles are inconsistent. This house could be remedied by opening the porch back up, by replacing the vinyl siding with wood, and by making the concrete slab up to the front door more inviting. 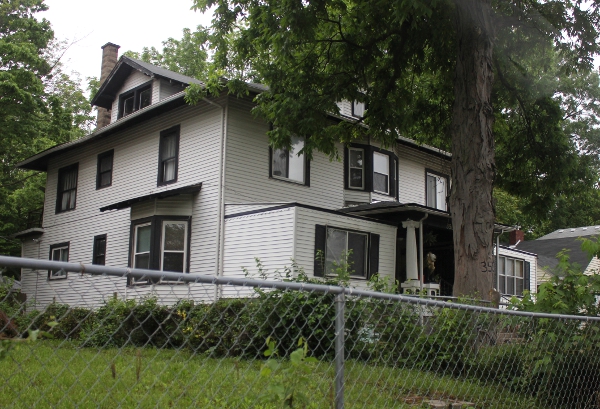 This home, north of Fall Creek, has had a couple of additions. The additions have been added to the front of the house, on each side of the porch. They feel awkward and lumpy, tumors to the facade. If the porch/entryway could be extended beyond the additions, or if a new roof could be extended over everything, the building may look more coherent.

A remodel can often turn into a “remuddle” if careful thought isn’t given to the style of the home, or the relation of the home to the rest of the neighborhood’s architecture. A mismatched façade could appear uninviting, for example. Anything trendy will, at some point, go out of style. And, as HGTV’s Don’t Sweat It host Steve Watson said, “You bought that Spanish home or that Craftsman home for a reason, because you liked that style. So keep your new design, your new build projects in that style.” 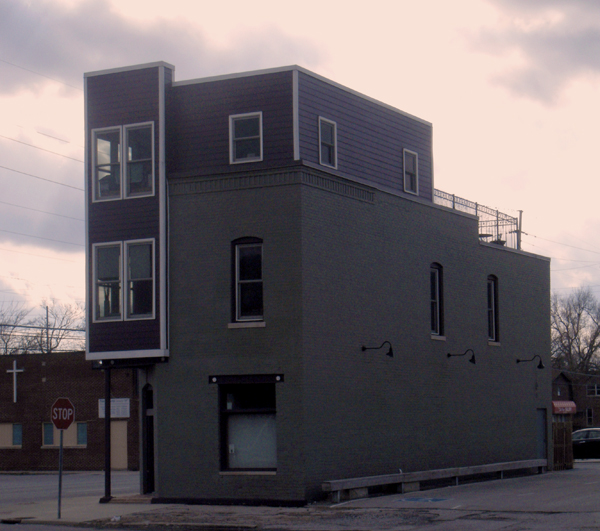 Featured by Luke Kessler and Michael C. Painton on May 2, 2012, this photo shows that a reasonably modern addition has been conjoined with a historic building, located on East 16th Street.

This home rests among its wooden neighbors in the Herron-Morton district. The home is modern-looking, with pops of orange. Most modern homes are sided with steel. And while this home could be using that particular material, it looks a bit odd without the expansive, wall-consuming windows for which modern homes are known. (Note that the windows on the first level give the illusion of a corner window, which are commonly used in modern homes.)

Part of Historic Indianapolis’s mission is to “create conversation” and “inspire for the future.” It’s important to discuss and discover different ways to remedy muddling. And, of course, if we pinpoint how to avoid an architectural blasphemy—vinyl on top of brick veneer on top of actual brick—we can avoid muddling in the future. We can all be preservationists dedicated to maintaining functional, comfortable homes with historic curb appeal. And if anyone happens to have a “happy accident,” I hope it involves the planting of a “happy little tree” in the front yard.

So, what say ye? What is your stance on vinyl versus historic windows? What is the most creative addition you’ve seen built onto a home? Would you ever consider peeling away the outer shell of a home to reveal its inner, original exterior? Do you have an opinion on how the more modern-looking homes in the city fit into their surrounding neighborhoods? (One example is the home at Fletcher and Shelby.) 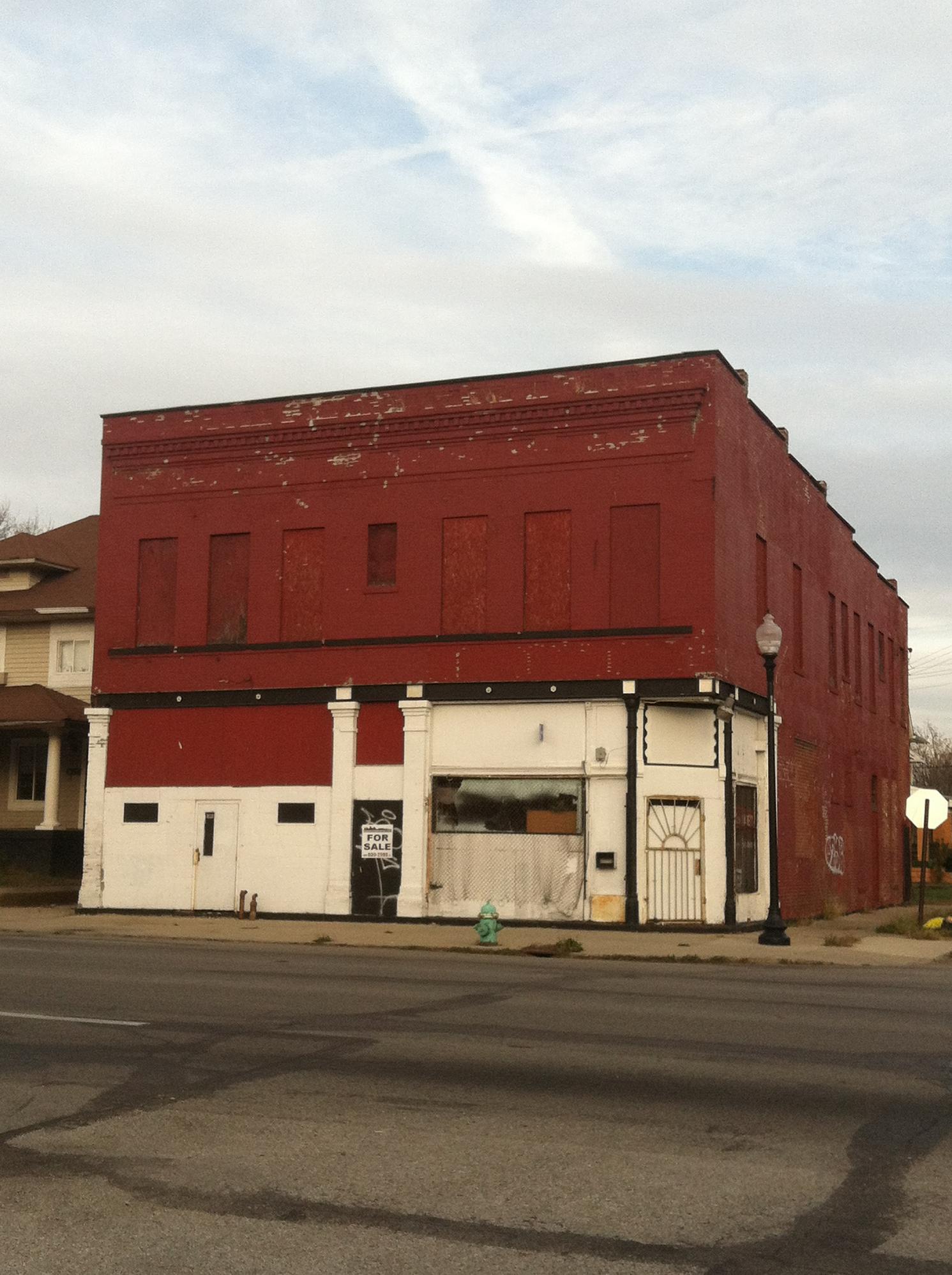 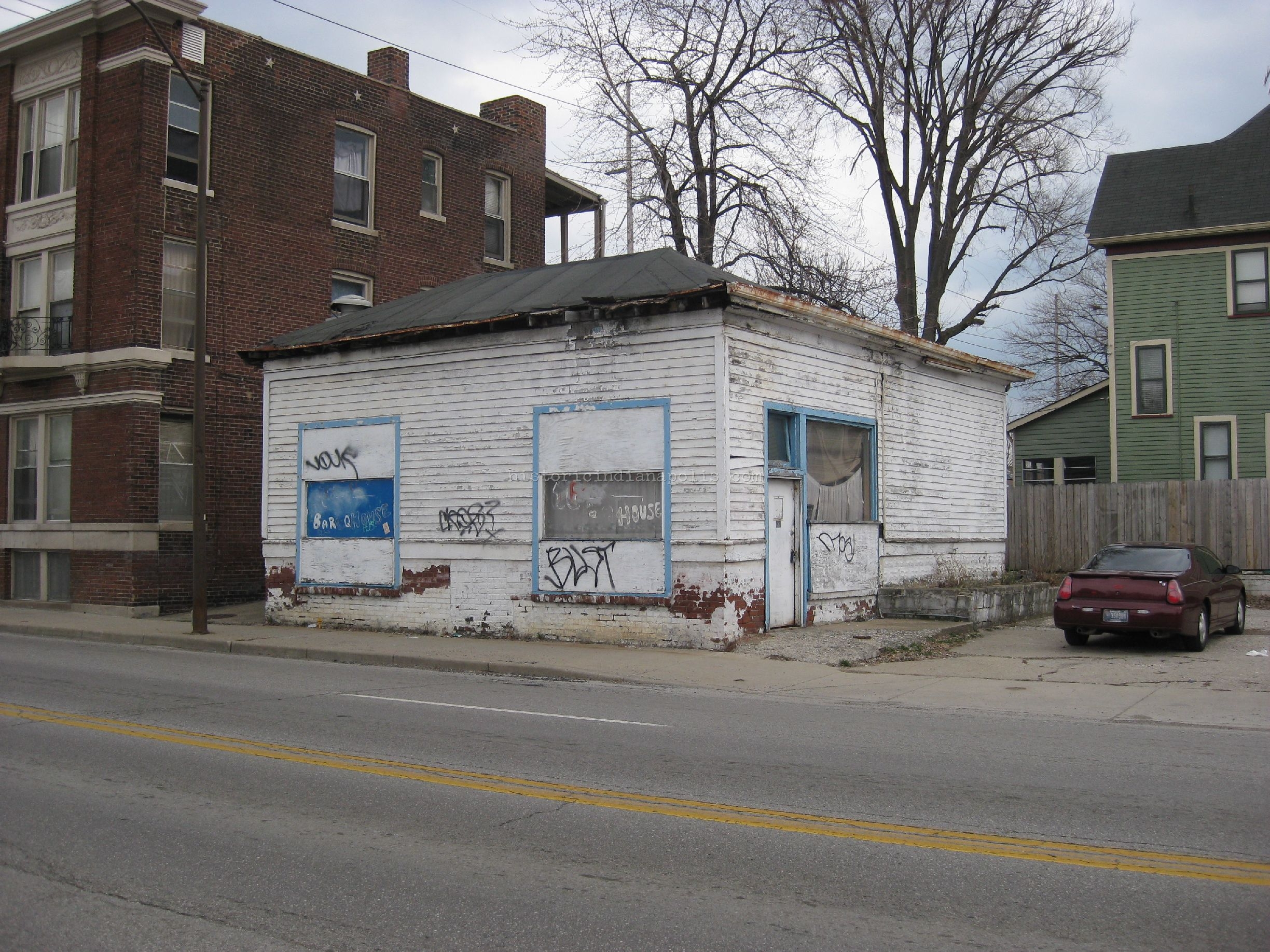