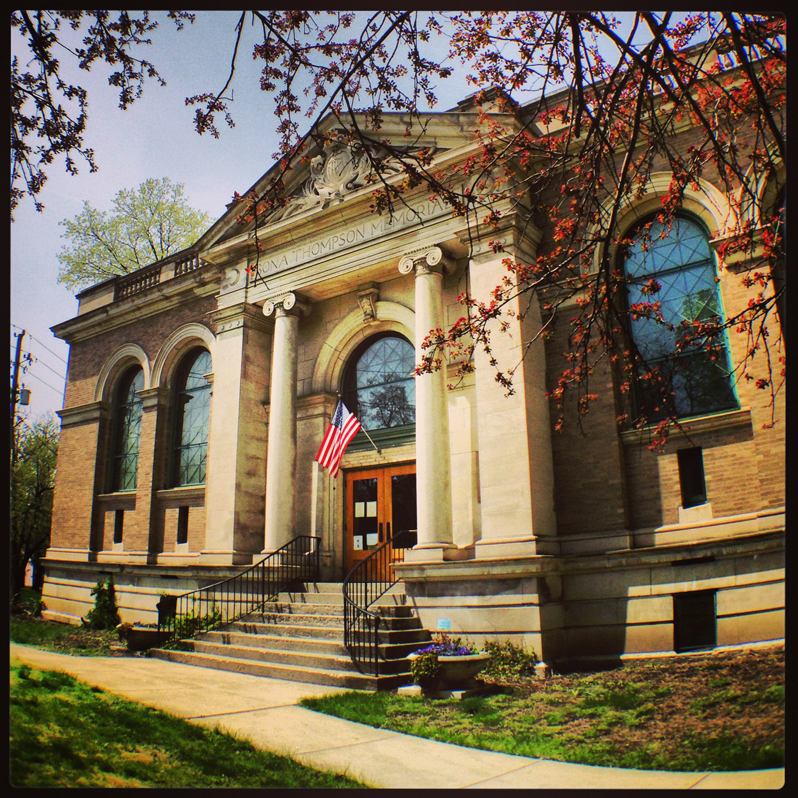 The Bona Thompson Memorial Building has certainly seen significant revitalization since I first set foot inside, sometime in the mid-80s. At the time, it had been rather unceremoniously delegated to storage for the adjacent Missions Building, which served as headquarters of the Christian Church (Disciples of Christ) organization. It was from this dusty storage wing, that my father and I purchased my first desk, from surplus; a steel contraption five times larger than any child could put to use and easily the single heaviest piece of furniture ever produced by man.

Prior to housing disused office furniture, the Bona Thompson Memorial served as the library for Butler University, from its 1902 construction until Butler’s 1928 relocation to its current campus at Fairview Park. In 1890, one Edward Thompson moved his family to Irvington so that his daughter, Bona, could finish high school and attend nearby Butler College whilst living at home. Bona graduated from Butler in 1897 but would be dead from typhoid fever two years later after returning from a European voyage. Her parents donated $40,000 and land directly across from their house at Downey and University Avenues (no longer there) to build a library in her memory, though they themselves would both die before its 1902 dedication. Designed by architects Henry H. Dupont and Jesse T. Johnson the library was constructed with Bedford limestone by the William P. Jungclaus Construction Co, builders of the Murat Temple, the IRT and Merchants Bank Building (now Barns and Thornburg). 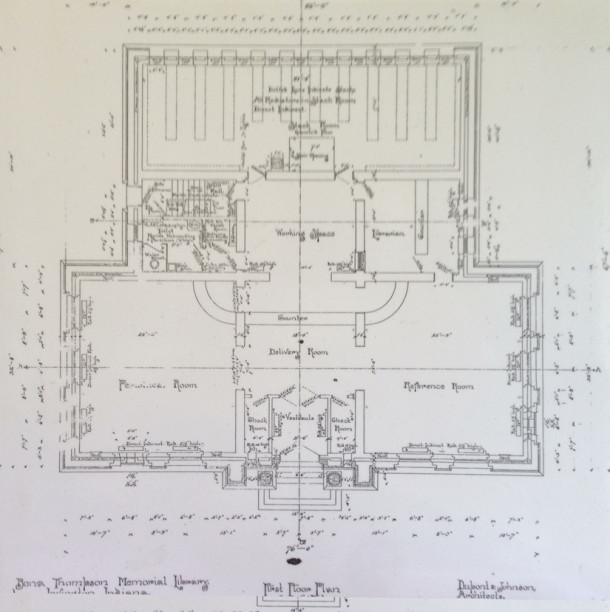 After World War I, enrollment was growing considerably each year and by the 1920s, Butler was actively searching to relocate, even though there was still plenty of space for expansion within its Irvington campus. Executive Director of the Irvington Historical Society Steve Barnett suggested that there may have been reason beyond limitations of space that led to Butler’s Fairview exodus. In Irvington, the campus was bracketed by two very busy rail lines. Trying to conduct class, windows open to combat the mid-August heat, with a constant din of whistles and rumbling isn’t exactly an ideal learning environment. Motivation to leave its sooty local, combined with a desire to build a world class athletic facility for which there was definitely little space in Irvington, led to the construction of Hinkle (then Butler) Fieldhouse, the Butler Bowl and Jordan Hall, the first structures on Butler’s current campus. 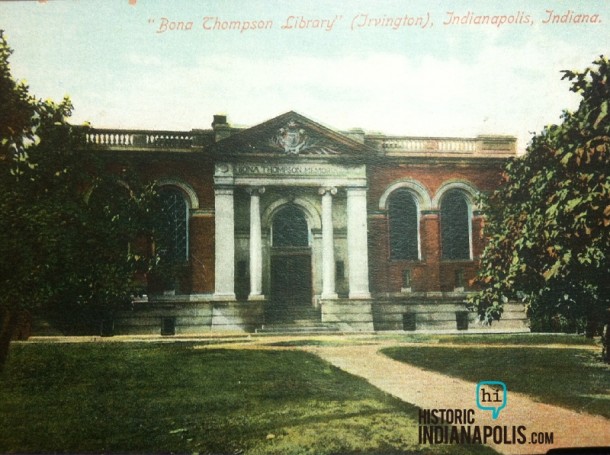 In 1940, the Disciples purchased the neglected Bona Thompson and neighboring 1909 Missionary Training School Building (shortened to the Missions Building by its new inhabitants) and combined the two structures to serve as its world headquarters, doing so for fifty-five years until they relocated downtown. After a few years of vacancy, the Irvington Historical Society, founded in 1964, helped revamp the Missions Building into senior retirement apartments before turning its sights on the Bona Thompson. Money was raised and from 1999 until its 2002 opening, the Bona Thompson was restored to house the headquarters of the Irvington Historical Society, but also the Irvington Garden Club, Irvington Guild of Artists and the Eastside Fire Museum. What I remembered as a dusty collection of chain-link storage lockers full of filing cabinets has found new life helping to preserve the history of a neighborhood with plenty of it. 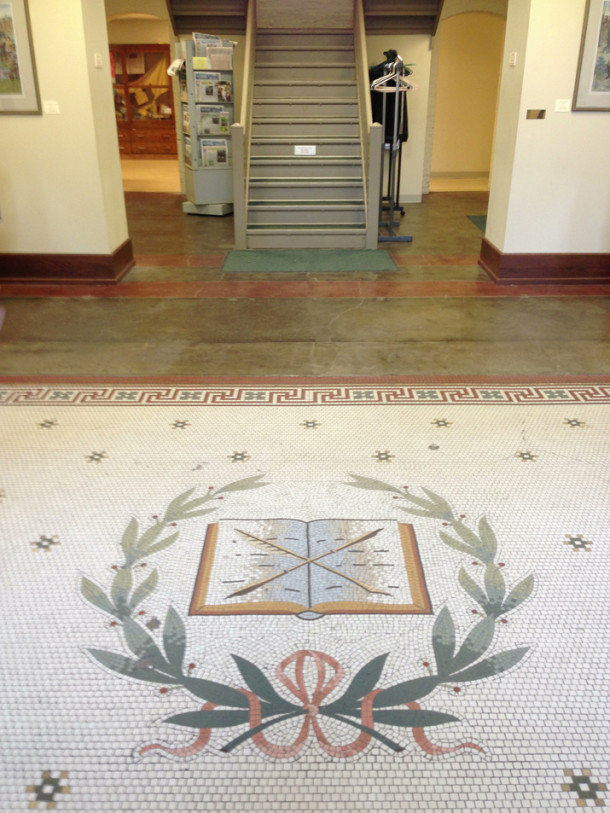 Restored original floor mosaic in front of a non-origianal staircase, situated where the librarian’s desk would have been located. – Photo by Ryan Hamlett

Train and Trolley Bear in Thousands: City Greets and Cares for Greatest Crowd of Visitors in Its History