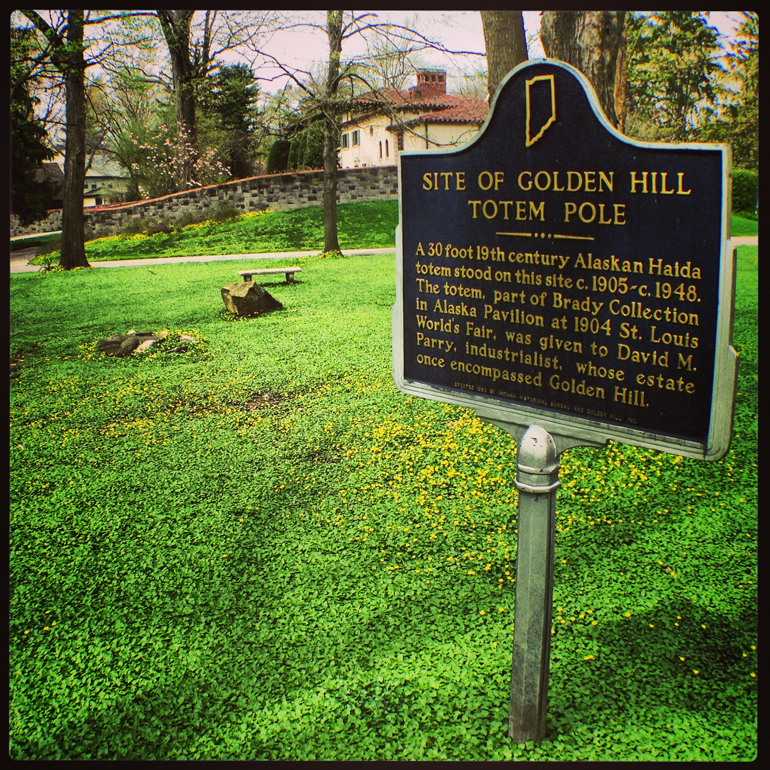 Spring has sprung around Indianapolis, especially so surrounding the former site of the Golden Hill Totem Pole on Indy’s Northwest side. The neighborhood of Golden Hill was once the estate of early 20th century buggy and automobile magnate, David MacLean Parry, on which his dilapidated Italianate mansion is currently under restoration.

How an Alaskan totem pole came to be in Indianapolis is a strange tale that was unraveled by Indianapolis physician and Golden Hill resident Dr. Richard Feldman. Curious about the history behind his Totem Lane address, Feldman traced its history to the 1904 World’s Fair or the Louisiana Purchase Centennial Exposition in St. Louis. Hoosier native and then Governor of the Alaskan Territory John G. Brady set out to create a very unique state exhibit that he hoped would draw people to move to Alaska to increase its chances for statehood. 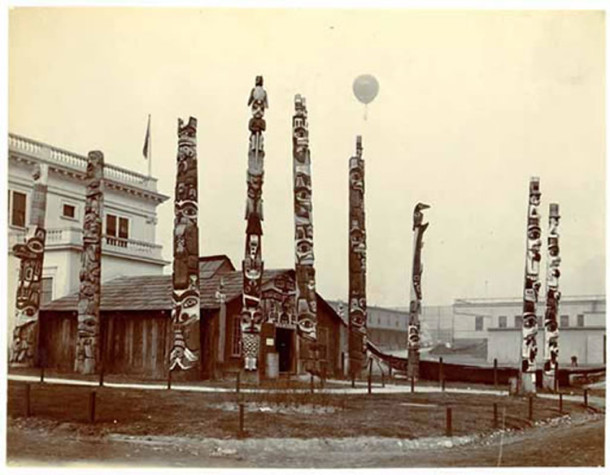 Brady arranged the collection of fifteen native totem poles, promising their owners that they would be preserved in a not yet established park in Alaska. Before that, however, he had them shipped to St. Louis to be displayed around two authentic native houses. Fourteen of the fifteen were erected as planned (though local teamsters originally installed them upside down at first), but the fifteenth had broken in the shipping process and was set aside. Alaskan explorer “Captain” Dick Crane, whom Feldman refers to as the “Buffalo Bill of the Pacific Northwest” had gathered a group of Eskimos for a world touring show. Setting up shop along a street called the Pike, a kind of Midway assortment of private fair attractions, Crane asked if he could use the broken totem for his exhibit. Crane repaired the pole as best he could and returned it to Brady at the end of the Fair.

Now faced with the task of shipping the fifteen poles back to Alaska, where they would find a home in Sitka National Historic Park, Brady apparently was running short on funds, and opted to ship back only thirteen of the fifteen. One of the remaining two, he sold to the Milwaukee Public Museum where it remains to this day. The second, the broken totem repaired by Dick Crane, was sold to the owner of St. Louis’ Russell Gardner, owner of the Banner Buggy Company and friend of David Parry. 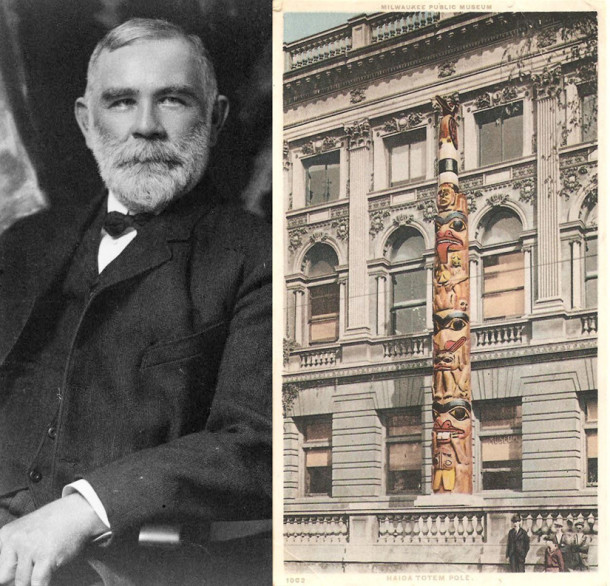 Why Gardner chose to give the totem to Parry is uncertain. It was well known that Parry was a world traveler and perhaps Gardner assumed that Parry would have an appreciation for its uniqueness. Parry was also president of the National Association of Manufacturers and a possible Vice-Presidental candidate for Teddy Roosevelt at the time, so maybe it was a rather bizarre kissing-butt attempt. Regardless, it is known that Parry was not terribly fond of it, though is eldest son Max fell in love with it. Max became the totem’s de facto caretaker after its 1905 placement on his father’s estate, noting that by 1914, the pole was so old and rotten that it was likely to fall within the next five years. But the totem stood tall, long enough to be a featured sales point as the Parry family subdivided the Parry estate after David’s 1915 death into what is now the neighborhood of Golden Hill. The totem finally fell during a storm in 1939 and was donated to the Children’s Museum in hopes that it would be restored and displayed, however neither happened and after some time, the Golden Hill Totem Pole was quietly thrown away.

In 1991, Feldman established the Eiteljorg Museum Totem Pole Project in an effort to recreate the pole and restore the Indianapolis landmark. Through Alaskan art historians, a fifth-generation Haida totem carver named Lee Wallace was recruited to recreate the Golden Hill Totem. Many years after joining the project, it was established that it had actually been Wallace’s great-grandfather, Dwight Wallace, who had carved the original. The recreated totem was raised on the grounds of the Eiteljorg Museum seventeen years ago as of this past Saturday, (shown below, relocated to its Golden Hill base via the magic of Photoshop) but has since been relocated inside to preserve it. 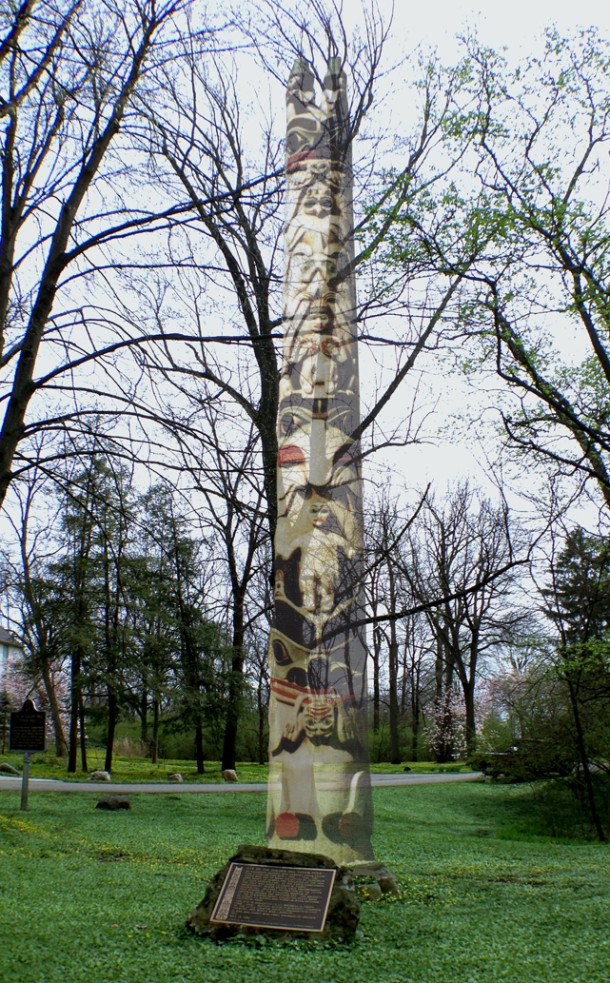 Perhaps how the totem would look today in its former setting. – Photo by Ryan Hamlett 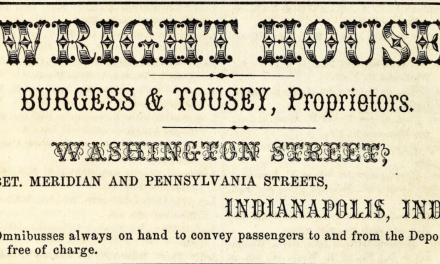