The location of what we now know as The Athenaeum was chosen for its proximity to a main transportation line, in one of the most densely populated sections of the city and near “Germantown,” which was bounded by New York Street and Market Streets and East and Noble (now College) Streets.

Gymnastics played a major role in the life of Germans in Indianapolis, who appreciated Jahn’s idea of restoring the spirits of his countrymen by developing their physical and moral powers through the practice of gymnastics. Jahn and many German-Americans were part of the Turnverein (gymnastics association) movement and believed in “a sound mind in a sound body.”

Outside the Athenaeum on the eastern end of the building is the German inscription “Frisch und Frei, Stark und Treu” which translates to “Vibrant and free, strong and loyal,” attributed to Friedrich Ludwig Jahn.

Many of the mid-to late 1800 arrivals from Germany were staunchly opposed to slavery, and even ran The Free Press, known as an abolitionist publication.

The first official social/ gymnastic German group in Indianapolis- the Turngemeinde started in 1851.

There was once an Athenaeum at the Northwest corner of Meridian and Maryland years before the current Athenaeum, which was also used for German entertainments. 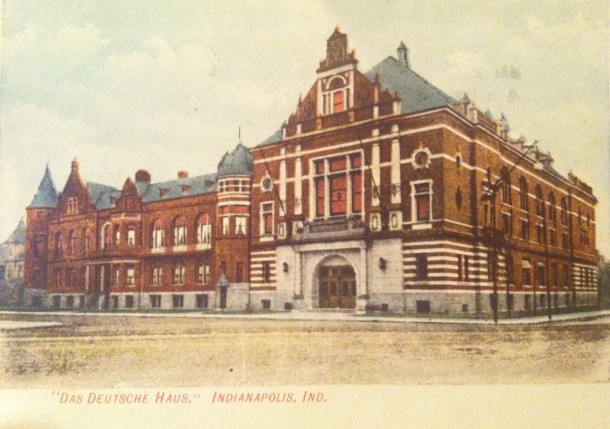 Das Deutsche Haus changed its name to Athenaeum in February 1918 as an affirmation to the non-German Americans of their patriotism–all the more so, as it was announced at a George Washington birthday celebration at the clubhouse. This was due to a strong anti-German sentiment because of World War I.

Both sides of the building were paid for by stock certificates sold to members.

The buildings were designed by the architectural firm of Vonnegut & Bohn.

Within the Athenaeum is the oldest theatre in the city.

The  Athenaeum Theatre  was the first home of the Indiana Repertory Theatre .

The Rathskeller is the oldest continually operating restaurant in Indianapolis.

If you work out at the Athenaeum YMCA, you’re participating in the longest-running tradition in the buildings–using it to improve physical strength.The hallway between the YMCA and the lobby for the Athenaeum Theatre is called the “Neutral Hallway.” “…That’s our nonpartisan ground. Every educated person, no matter where he hails from, is welcome here. Be he Jewish or Christian, Democrat or Republican, progressive or conservative, Turner or singer–if he supports the conservation of the German language, if he loves music and singing, if he prefers cheerfulness and the German love of life to hypocrisy and gloominess, then he will find a home here in our building…” said Hermann Lieber 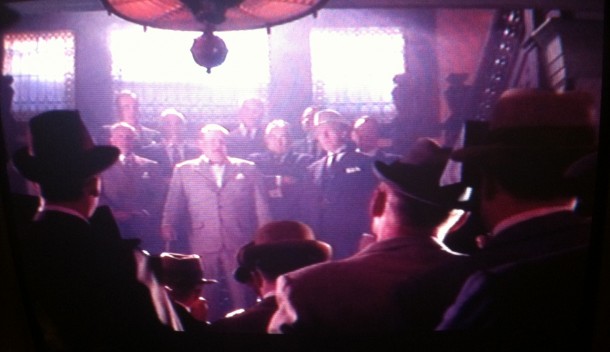 Come see all of this in person at The International I-Spy Game or at other Athenaeum events–it’s one of our historic treasures. 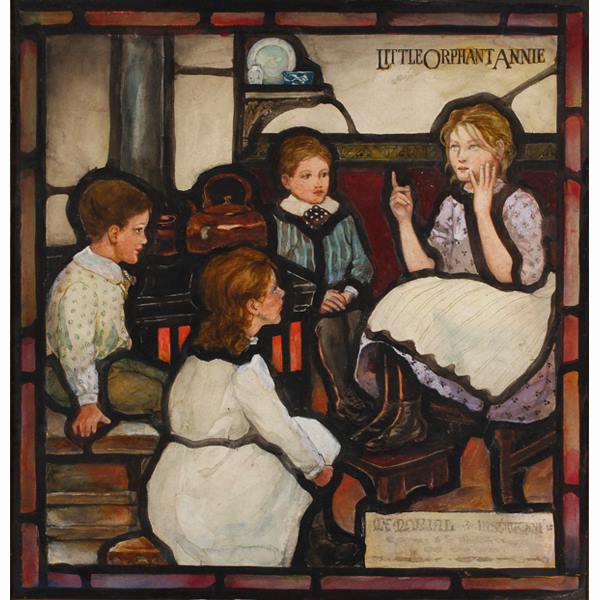