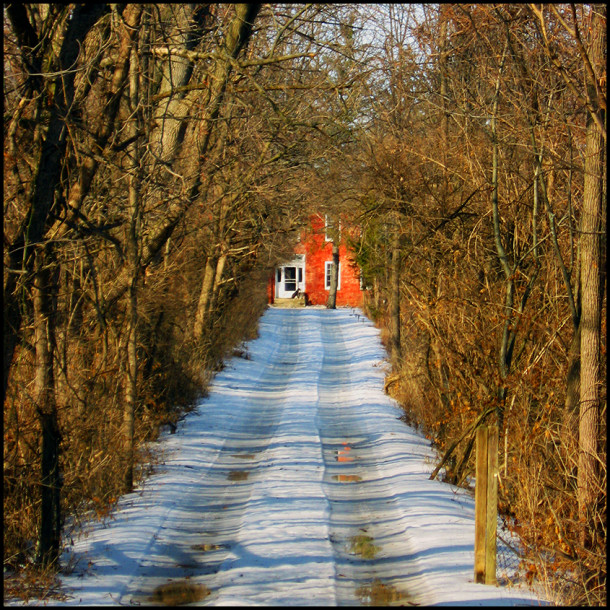 The Thomas Askren House stands at the end of a long, snowy, wooded drive.  photo – wikipedia

I have to admit, I am guilty of being too downtown-centric when it comes to thinking about Indianapolis’ historic buildings. Simply because there is a higher concentration of old buildings doesn’t make the rest of the county any less worthy of recognition, it simply requires a bit more effort to scope out the hidden gems that rest far from Monument Circle. On Indy’s eastside, where Pleasant Run Parkway North Drive ends at East 16th Street, one such hidden gem sits at the end of a long, tree lined drive. While Indy’s oldest surviving house (the James Ray-Buscher House) sits, twice relocated, in Lockerbie Square, the second oldest, the Thomas Askren House, still stands in its original location via a combination of craftsmanship and luck. 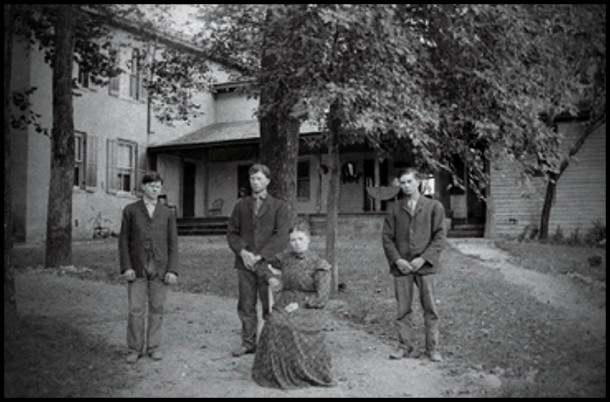 The Askren House possibly from 1907. If the date is accurate, these may be the four children of Thomas’ son Benjamin Franklin Askren, Mary Laura, John Thomas, Charles Garfield and Benjamin Harrison Askren.

In 1825, John Thomas Askren, a veteran of the War of 1812 who had served under future president Andrew Jackson, moved ahead of his young bride and family in southeastern Ohio, to Indiana’s new capital. He purchased 1,000 acres of land north of what would become Irvington, cleared three of those acres and built a log cabin. In 1828, he returned to Ohio to collect his family and moved them to their new homestead, where he set to work building the sturdy home that stands to this day, firing his own bricks in the front yard. To aid the family on the farm, the Askrens had between 12 and 24 hired hands and an addition to the back of the home to house them was completed in 1850. 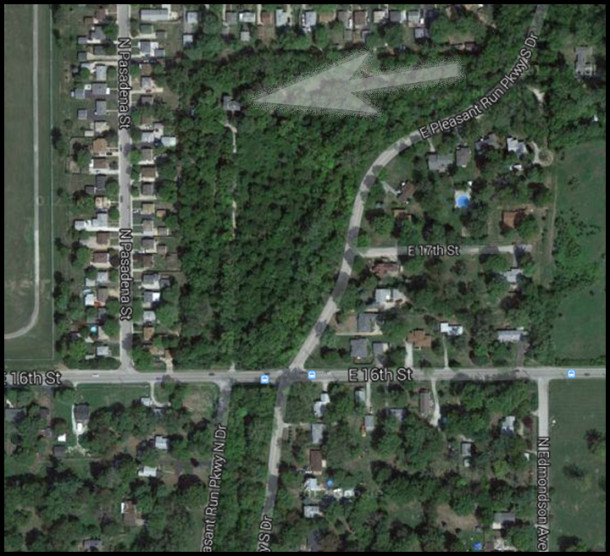 As the family grew, the 1,000 acres was subdivided into smaller farms that, over time, were sold and incorporated into the city that grew around them. The house stayed with the family, passing to Thomas’ son, Benjamin Franklin Askren, and to his youngest son, Benjamin Harrison Askren and to his wife Elizabeth when he passed in 1956. After being identified as a potential historic property in 1977, Elizabeth Askren moved out of the home in 1980 and passed the following year. While the house was listed for sale in 1982, it stayed within the family until 1989 when it was sold to developers Hess and Klein Holding Co. who intended to restore the house and build condos on the rest of the property. That plan quickly failed as the company went bankrupt and the house and land were sold to a Charles Scott in 1992. 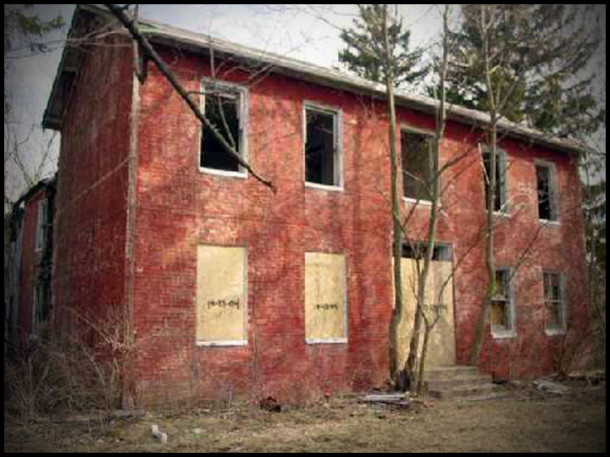 The Askren house, sad and neglected, its windows baring the mark of having been boarded up in 2004.

Though the house was in decent repair at the time of the 1992 sale, Scott let the house sit vacant. Over the course of many years, it was stripped of its windows, doors and trim and became a hangout for nearby teens, who aided in the house’s fast decline. Not wishing to part with the property, Scott planned to raze the neglected home but was stymied by city preservation efforts. With walls that were structurally sound (Askren built them three bricks thick) the roof was stabilized and an eastside treasure was spared. Today, a local chef and his wife have restored and modernized the home, which houses his culinary brainchild, The Askren House Dinner Club. 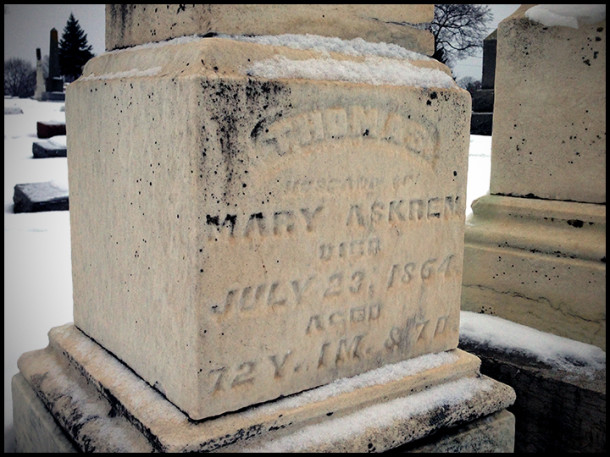 Thomas Askren rests, along with over 30 other Askren descendants, in Anderson Cemetery, just down the road from his 180 year-old house. photo – Ryan Hamlett

Thanks to Steve Campbell for the assist this week.