At Your Leisure: The Year of the Coliseum

The exterior of the coliseum shortly after construction. (Image: eBay)

If you’ve been living under a mound of red velvet funnel cake, you may not know it is the “Year of the Coliseum” at the Indiana State Fair. The dominating structure bestowed with this year’s titular honors has been recently revived and reinvented after an extensive two-year renovation. The interior of the building was made current, now meeting the standards of a modern day visitor, while maintaining its austere, traditional appearance.

But did you know that this wasn’t the first incarnation of the State Fair’s coliseum?

The practice of replacing entertainment venues before the end of their useful life is not an invention of 21st century Indianapolis. The first fairgrounds coliseum of these grounds barely stood 30 years before meeting its demise. The beloved building we’re all so familiar today, a commanding presence standing guard over East 38th Street, was constructed in way back 1939. 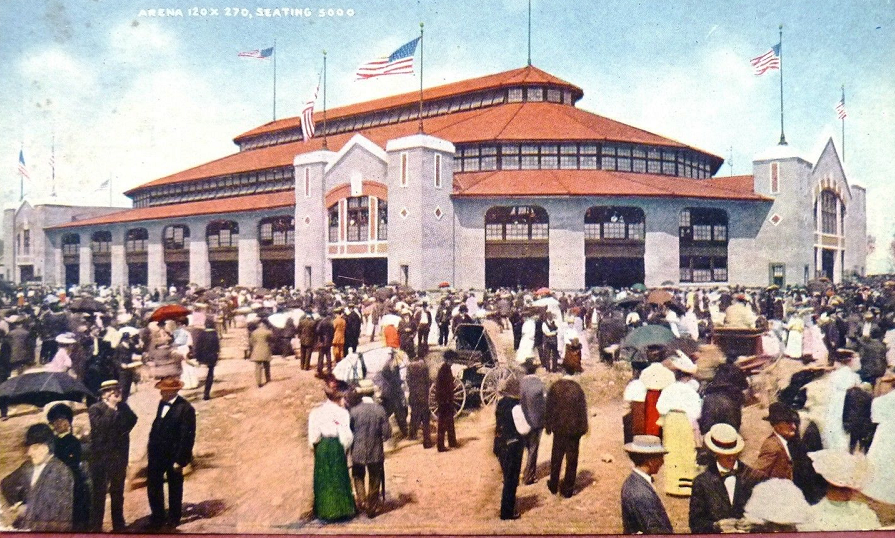 The exterior of the 1907 fairgrounds coliseum that stood in the same location as the current structure. (Image: eBay)

Many simply know the Coliseum as the centerpiece of the Indiana State Fairgrounds. However, for nearly 40 years, it also served as the premier entertainment venue for the city of Indianapolis.

The coliseum was the de facto hockey barn for the city from the beginning.  The Indianapolis Capitals would call the fairgrounds home for over a decade, as the top level affiliate of the Detroit Red Wings. Initially very successful, the team eventually fell victim to the short attention span of the local populace and attendance sagged.  The team folded in 1952. That same year, the Indianapolis Chiefs came in to fill the void, by way of the lower level International Hockey League.

The team played for a decade, but would not complete their 1963 season. On Halloween night, a gas explosion from a concession stand mangled an entire section of seating on the South end of the building during a “Holiday on Ice” show. That tragedy killed 74 people and injured nearly 400. It remains one of the saddest chapters in the city’s history. (A personal account by HI reader, Janie Hensley is a must read.)

In the late sixties, the Coliseum was taken over by “Indiana’s game.” In 1967, ABA Pacers would be an island of stability in a league that featured the coming, going and relocation of numerous teams. The Pacers enjoyed their greatest successes at the fairgrounds, winning three championships, with rosters full of players who are still household names in Indy.

In 1974, Market Square Arena opened, taking professional hockey and basketball downtown, along with many of the top concert and entertainment acts. The coliseum’s stature was reduced to that of a secondary venue. Hockey made a return at the minor league level when the “Checkers” came to take the place of the defunct WHA Racers. The Checkers would then be replaced by the Ice in 1988.  Professional hockey ceased to exist in Indianapolis in 2005, when the Ice folded and gave way to the junior level Indiana Ice. 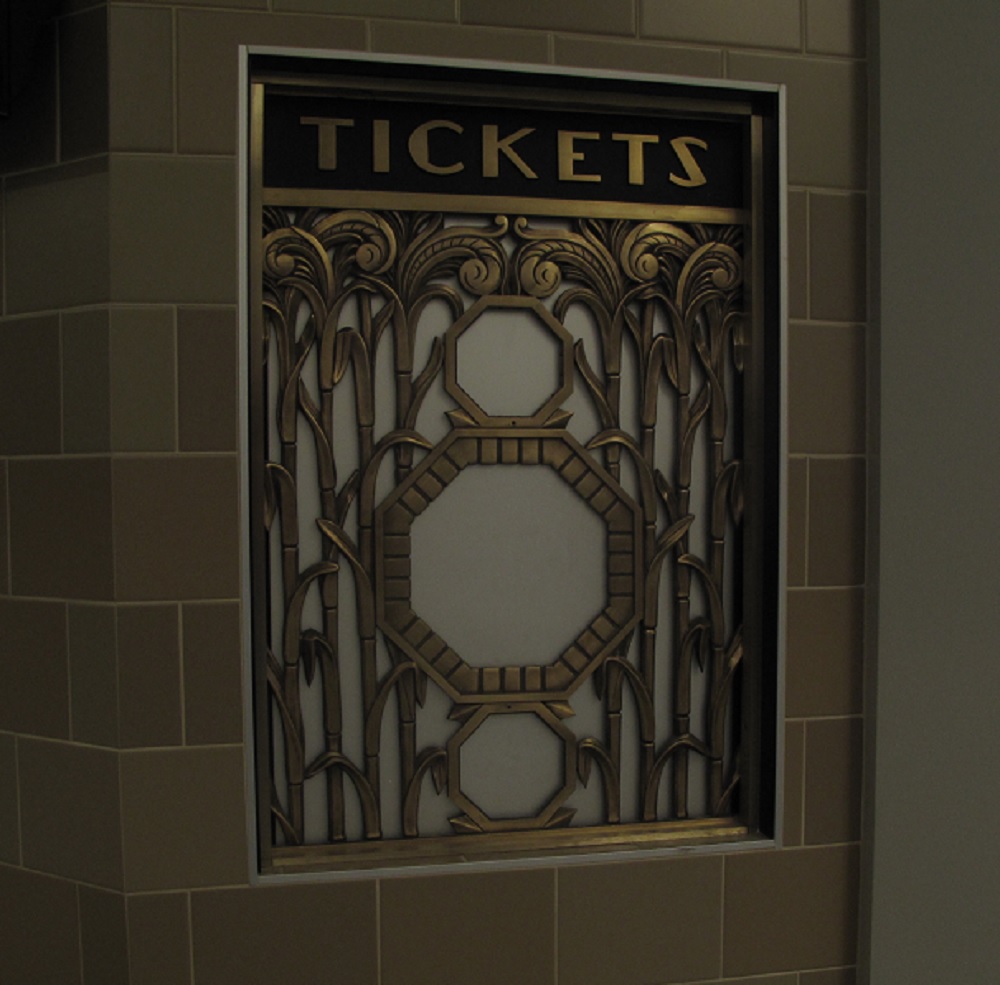 The original Art Deco ticket windows have been restored in the recent renovation. (Image: Jeff Kamm)

Professional hockey will make a welcome return this fall with the Indy Fuel. IUPUI will host division one NCAA basketball at the venue. Concerts will once again rock the stage that hosted the Beatles a mere 50 years ago. Rejuvenated and refreshed as ever, she’s looking  ready to take on another few decades of whatever Indy throws at her. 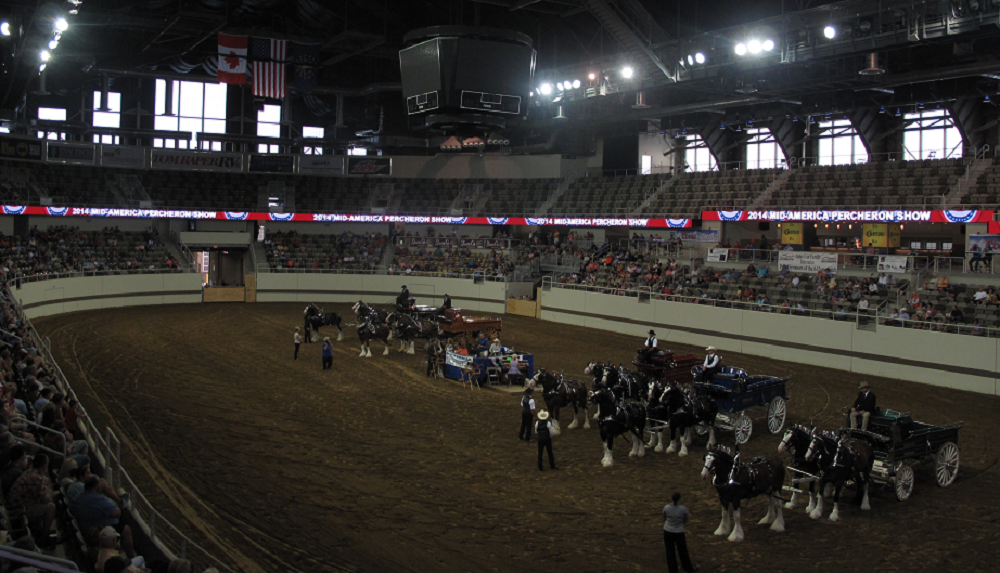 The remodeled interior is much brighter now that the windows have been uncovered. A section of restored original seats is visible in the center of the photo. (Image: Jeff Kamm)