Density is a common topic at neighborhood gatherings in downtown Indianapolis. We look at the many vacant buildings and empty lots near downtown and dream of new infill housing, corner stores and thriving business blocks. With this mindset, I can’t pass by vacant land and not wonder what was there in the past. 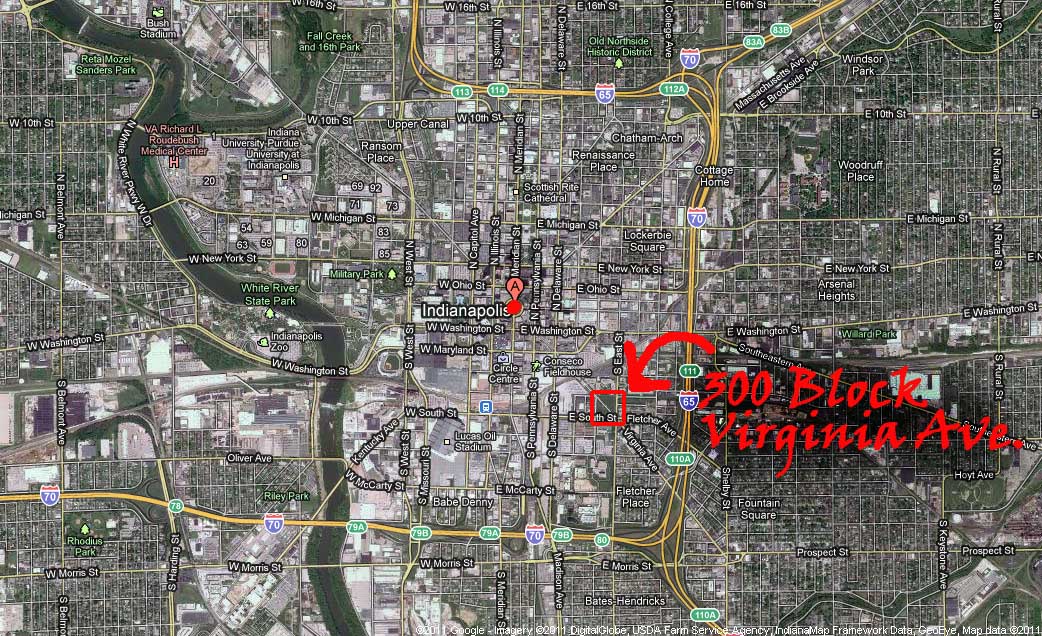 As I drove to Fountain Square recently I noticed Anthem Square, a block of green space bisected by the tree-lined Virginia Avenue. A few checks in my favorite research sources and I learned that this was once a thriving mixed-use block containing brick and wood-frame businesses along the Avenue and wood houses around the periphery. Time and other projects do not allow me to dig deeper, so I’ll let the visuals tell the story of this block. I’d love to hear from anyone with stories or photographs of the area. Do you remember buildings from this block? 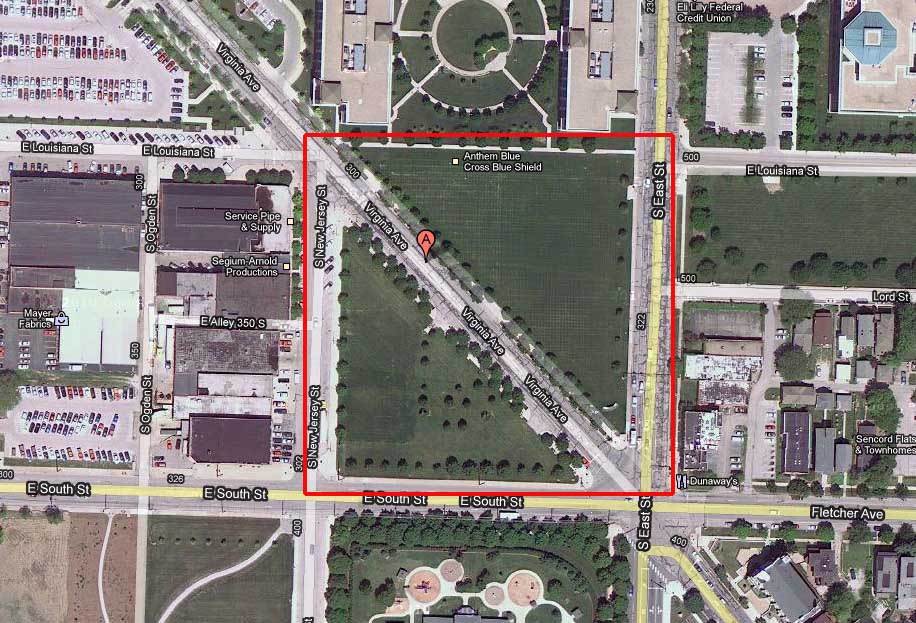 2010 Google Aerial View showing the 300 block of Virginia Avenue. Boundaries are Louisiana, East, South, and New Jersey Streets. The green space is owned by Anthem, Inc., whose headquarters is located north of this block. 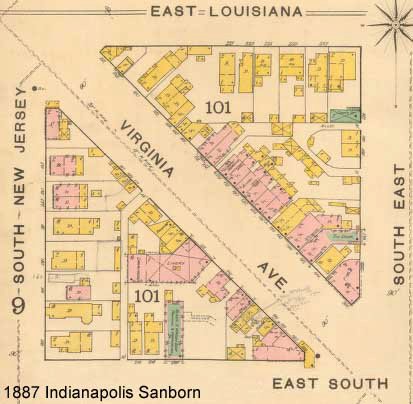 Trolley tracks were laid on Virginia Avenue in the 1860s, making it a desirable commercial street. Going back to 1887 (the earliest fire insurance map for the city), we find that this was a bustling block. Directories show that residents could stay within the block and find restaurants, bakeries, taverns, a photographer, blacksmith, carpet weaver, barbers, dry goods and notions stores, a sewing school, confectioner, steam laundry, wallpaper shop, several shoemakers and milliners, a news depot, meat market, jeweler, creamery, stoves, physician, locksmith, tailoress, broommaker, cabinetmaker, and a fruit stand.

Luckily, one of the many business owners to come and go through the years was also an amateur photographer. Herman List was a baker who rented 330 Virginia Avenue for several years around 1900. (Historic Indianapolis readers might remember List’s snapshots of the National Surgical Institute where he worked as a baker before moving to Virginia Avenue). We’re lucky, too, that he had twin sons born in 1899 who he liked to pose on the sidewalk, incidentally capturing snippets of his bakery and nearby stores. One last stroke of luck:  List’s negatives were saved for over one hundred years then donated to the Indiana Historical Society where they have been digitized and made available online.
See: Collection Guide
See: Digital Images 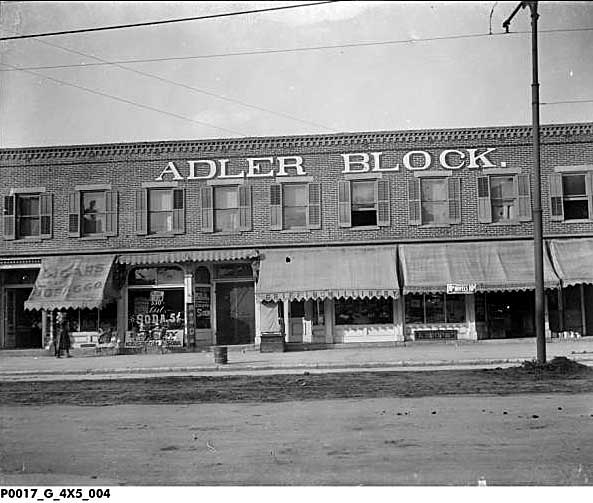 List’s bakery was in the Adler Block on the east side of Virginia Avenue. The two-story brick building had five sections with a variety of shops downstairs and apartments upstairs. It was built prior to 1887 and was probably razed in the late 1930s. I’ve yet to confirm Adler’s identity, but I suspect he was a later owner rather than the original builder. An awning reads “GRIFFIN MILLINERY.” (Indiana Historical Society) 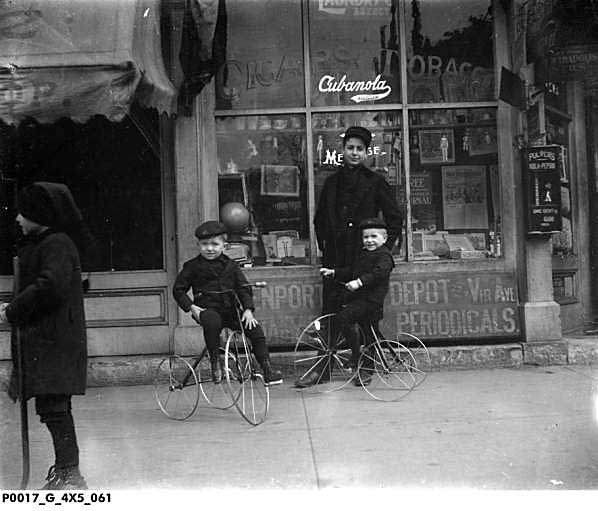 Circa 1903 – Twins Herman and Harold List riding their tricycles in front of an Adler Block store that sold cigars and magazines, among other items. (Indiana Historical Society) 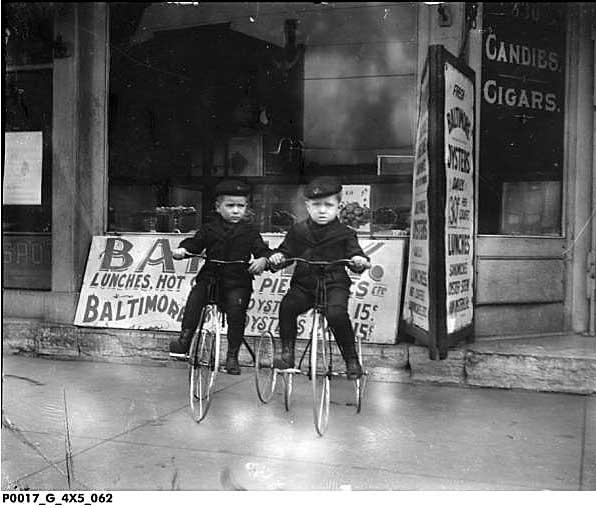 Circa 1903 – The twins in front of their father’s bakery that offered lunch and enticements such as candies, pie and oysters. (Indiana Historical Society) 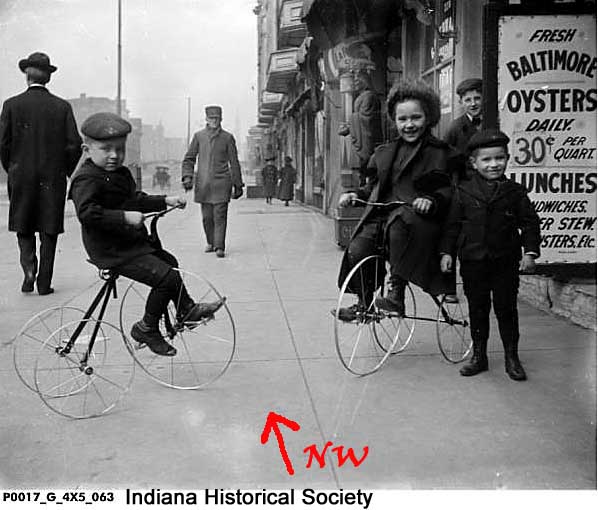 Circa 1903 – Twins and friends in front of the Adler Block. Behind them is a wooden cigar store Indian. Barely visible in the distance is the Soldiers and Sailors Monument. (Indiana Historical Society) 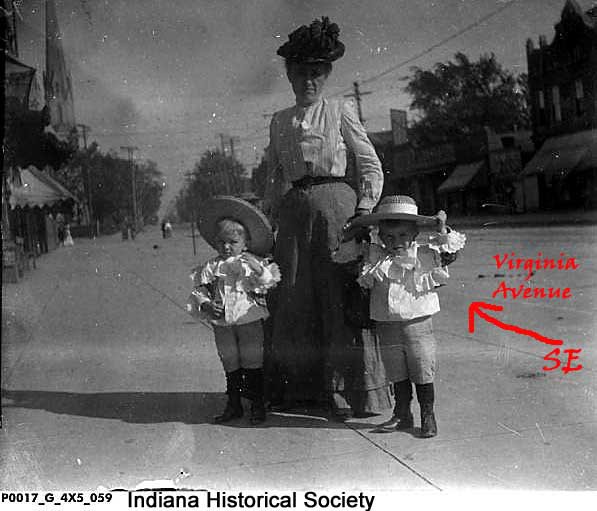 Circa 1903 – Twins Herman and Harold List with a woman (possibly their mother Sophia) stand in front of their father’s bakery at 330 Virginia Avenue. In the background to the left is the Fletcher Avenue United Methodist Church on the southeast corner of Virginia and Fletcher Avenues. (Indiana Historical Society) 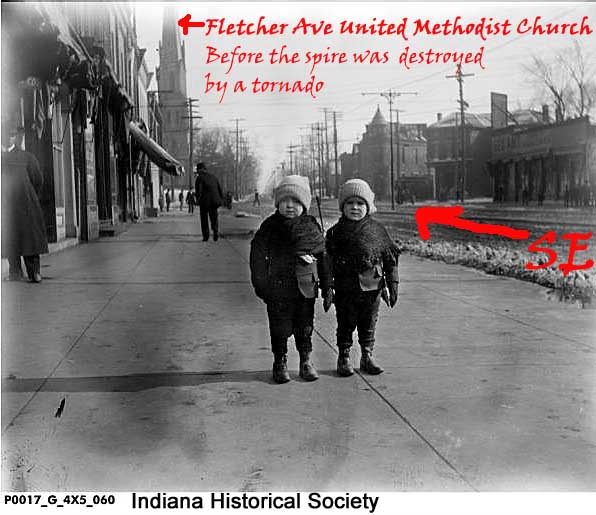 Circa 1903 – Another view of the twins. This view looks southeast toward the Fletcher Avenue United Methodist Church. (Indiana Historical Society) 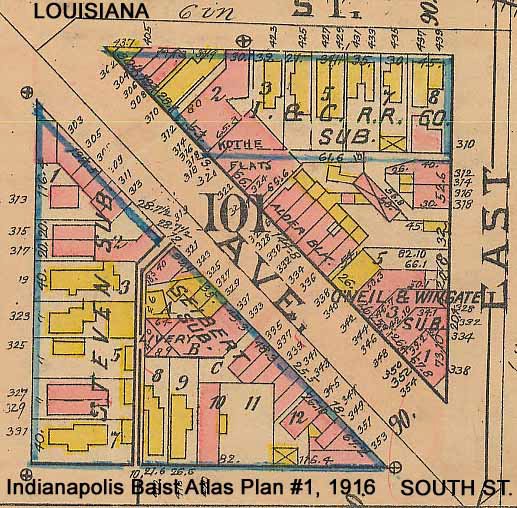 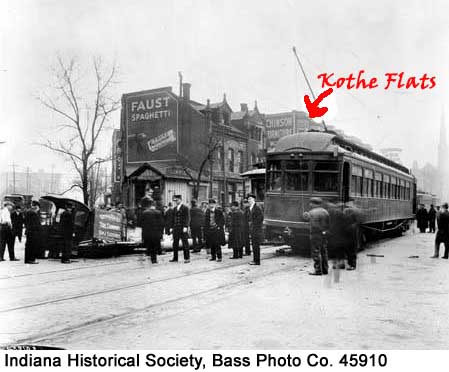 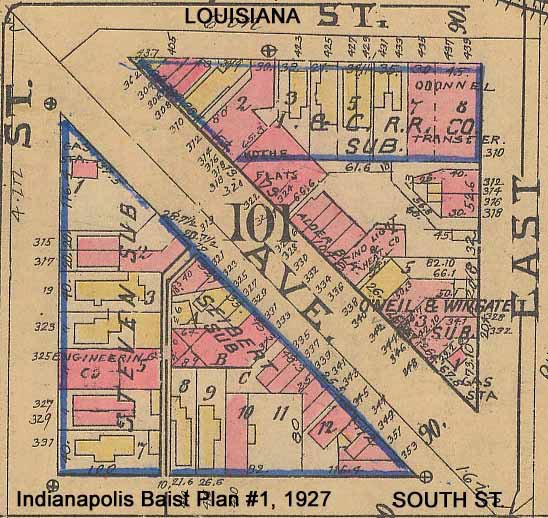 Notice that gas stations are starting to appear on the corners. 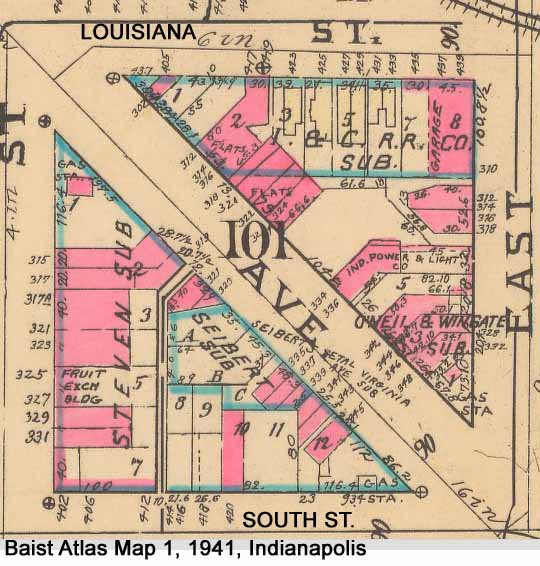 By 1941 the Adler Block had been demolished and all of the houses facing South New Jersey Street had been replaced by brick commercial structures, including the Fruit Exchange Building. This area housed several fruit warehouses owned by Italian merchants. 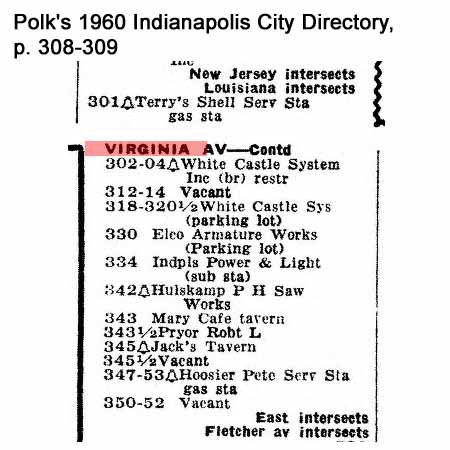 The 1960 city directory helps illustrate the loss of buildings along Virginia Avenue. 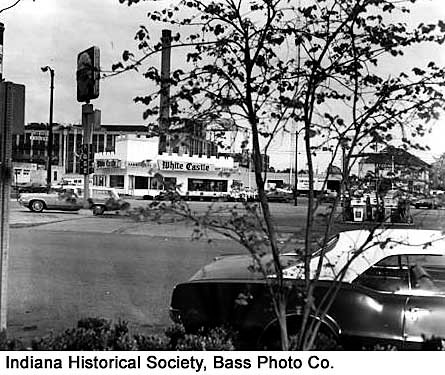 By 1960, White Castle sold their famous sliders at the corner of Virginia and New Jersey. By the way, Bass Photo Company has been located just west of this block since the late 1890s and has had a clear view of the changes made (I wish they had taken more photos of the transition, though). (Indiana Historical Society)

2010 – Looking southeast today, the block consists of lots and lots of green space and young trees. In the distance is the old Fletcher Avenue United Methodist Church, now Fletcher Pointe Condominiums. To the right is the ca. 2007 Villaggio at Page Point Condominiums (64 units). Wouldn’t it be nice if tenants could walk a half block north and find a bakery, meat market, a shoe repair shop, and fresh Baltimore oysters?