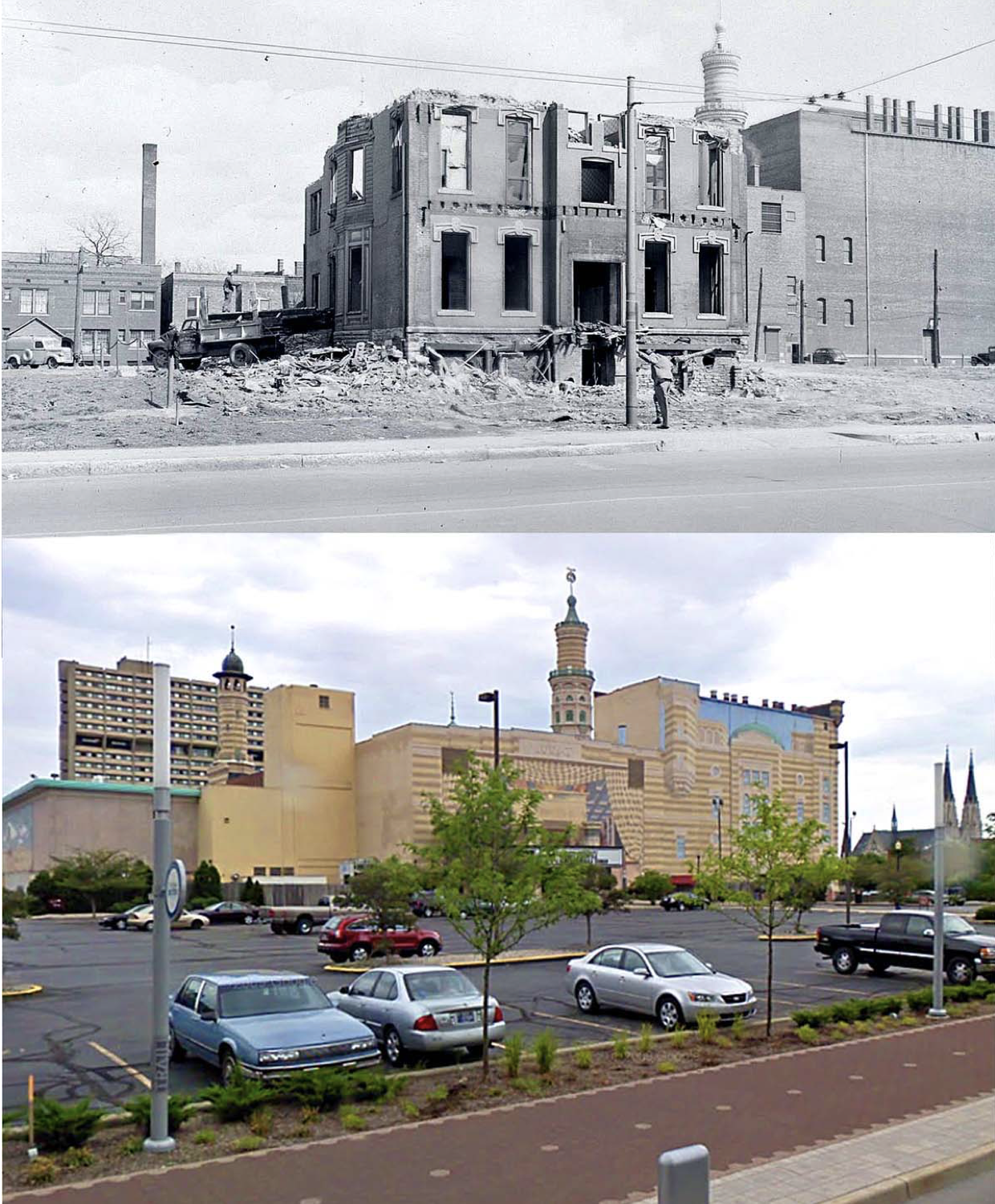 This historic photograph depicts what Indianapolis has had an abundance of: demolition to make way for a parking lot. The location of this unidentified circa 1945 Indianapolis Fire Department negative can easily be pinpointed by the distinctive tower of the Murat Shrine Temple in the background. Many homes, including this brick Italianate house, once stood in the 500 block of North Alabama Street (between North and Michigan Streets). The homes were razed to allow more parking for the Murat Shrine Temple. Today the Indianapolis Cultural Trail passes by the site. The back wall of what is now known as Old National Centre wears a faux facade to mimic the look of the building’s exterior.