As Indianapolis grew and streetcars headed north on College Avenue toward Broad Ripple, clusters of commercial buildings sprung up every four or five blocks. One such shopping hub was located at the intersection of College Avenue and 54th Street. The one-story structure on the southeast corner has had many incarnations and still thrives in the neighborhood known as SoBro (South Broad Ripple). 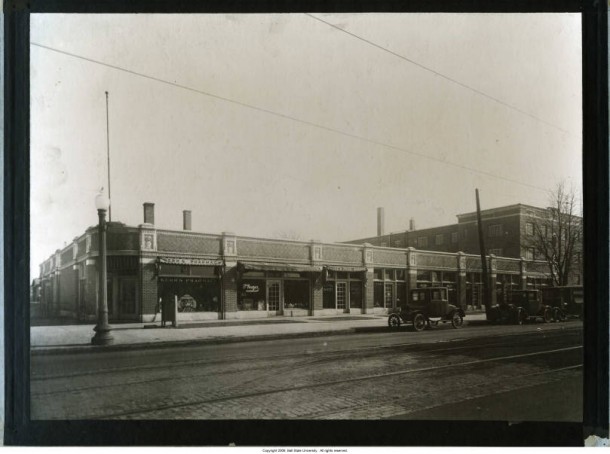 This commercial block, located on the southeast corner of College and 54th, was developed in about 1928 and designed by the architectural firm of Pierre and Wright (Edward D. Pierre and George C. Wright). The eight-section brick building housed Kerr’s Pharmacy, Kroger Grocery, Bruce’s Food Shoppe and Bakery, and Erber Hardware soon after completion. Seen to the right is College Court Apartments. (Ball State University Libraries, Drawings and Documents Archive, Pierre and Wright Collection) 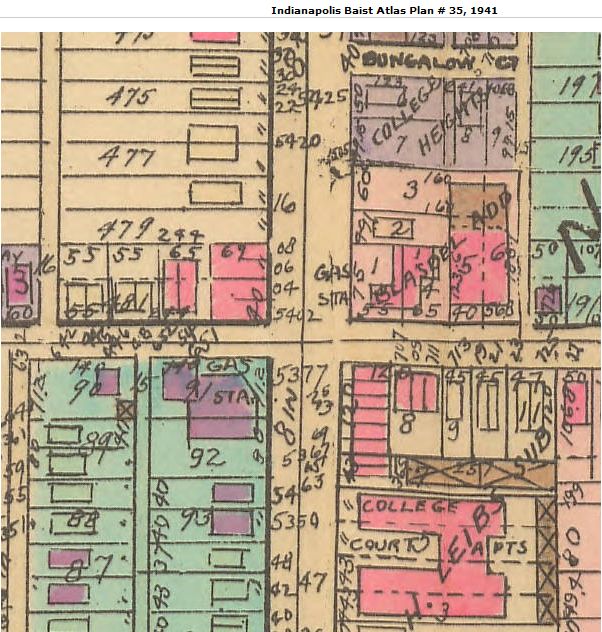 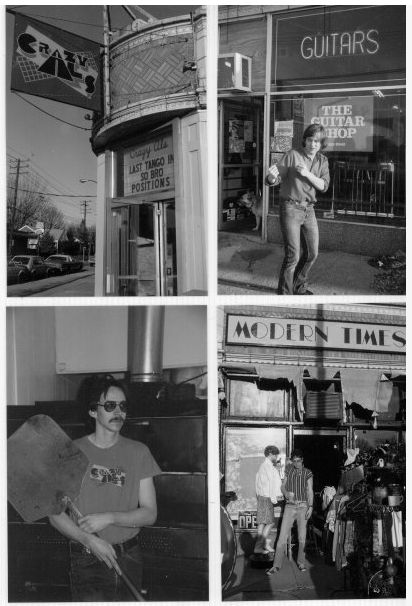 In the 1970s and 80s, several storefronts were rented by businesses seeking a younger demographic. On the corner was Crazy Al’s, a pizza restaurant and bar known for alternative, punk, and new wave music. It began in the mid 1970s in a space diagonal from this building, but moved by the late 1970s and remained here until it closed in 1982. Also in this strip was The Guitar Shop, and Modern Times, a vintage clothing store owned by Julie Mahern (now Julie Cicada Crow). Hundreds of former Crazy Al’s fans share memories and photographs on a Facebook page. (Marla Levine photos submitted to Facebook by Faith Cohen) 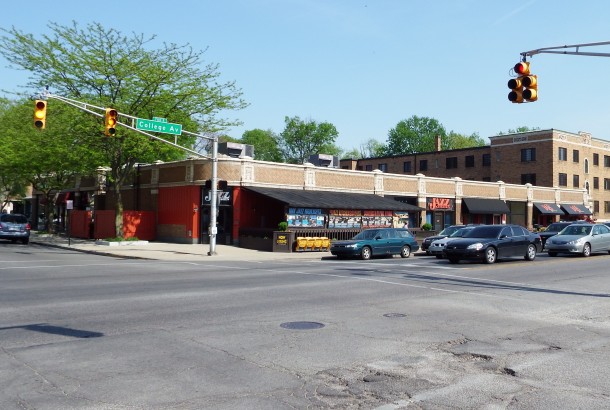 More recently, the building has housed the Jazz Kitchen, Yats Cajun Creole Restaurant, The Piano Merchant, and Be Bon Vivant (a gift boutique).

One thing I enjoy about the Historic Indianapolis site is the breadth of knowledge from all age groups from octogenarians to people in their 20s. What businesses do you remember in this building? Please share your memories and images of this area and include the approximate dates.

Merry Christmas to all of you!