Prohibition had just ended and drinking openly must have felt a little criminal when the Frank Fox family opened their new “Fox’s Jail House” restaurant and bar in 1933. The jail-themed business was located just east of downtown on the southeast corner of East Washington Street and Highland Avenue. 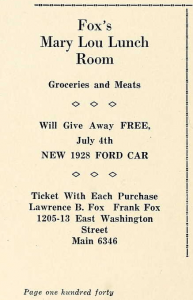 Frank J. and Iva (Keeter) Fox had operated a grocery store in several locations before opening “Fox’s Mary Lou Lunch Room,” named after their young granddaughter. This 1928 yearbook ad shows Fox’s flair for marketing with the clever ploy of giving away a free new Ford automobile. Sons Lawrence and Raymond worked for the family business. (Indianapolis College of Pharmacy yearbook, 1928)

One can only speculate if Fox’s sold a little alcohol during Prohibition (1919-33), but shortly around the time it ended, the family unveiled their new cinder-block building that housed Fox’s Jail House at 1205-13 E. Washington Street. The jail theme probably appealed to a public fascinated with gangsters and John Dillinger on the loose. Signs advertise soda, candy, beer, steaks & chops, and Lunch Banquet Ice Cream (made one block south). Neon signs in the windows promote Falls City Beer, Falls City On Tap, Sterling Beer, Kamm’s Beer, and Anheuser-Busch On Draught. Is that an electric chair painted on the car? (Posted on Flickr by TwoGuysonPotts) 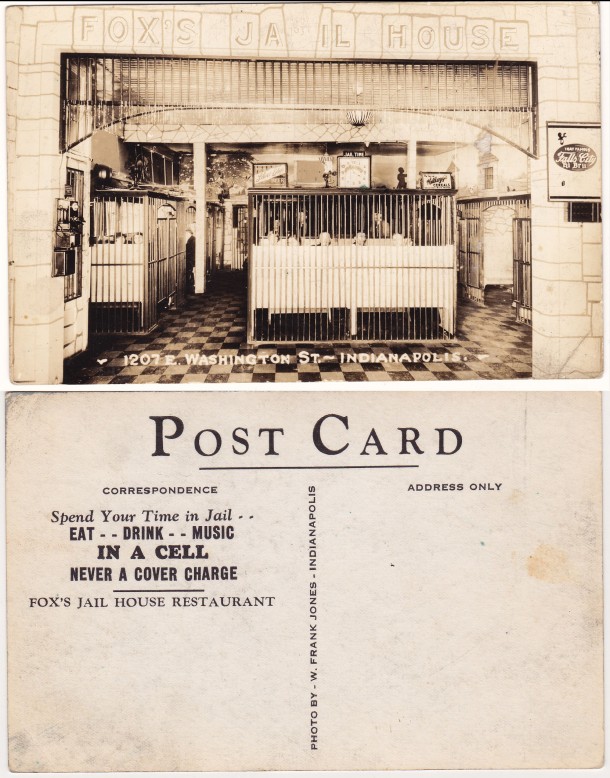 This real photo postcard of the interior shows a faux block wall and the date “AD 1933” in the keystone at the top. Patrons dined in booths in private jail cells. Family members report that granddaughter Mary Lou Fox is standing in the center booth. (Posted on Flickr by TwoGuysonPotts) 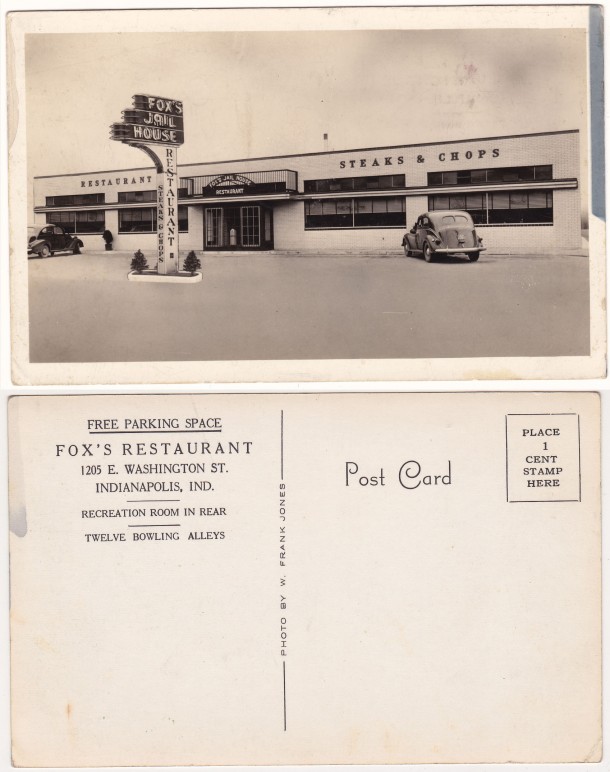 By the time of this later postcard, the jail theme had been toned down and the building had been modified or rebuilt. City directories of the 1940s list the restaurant as Fox’s Steak House. (Posted on Flickr by TwoGuysonPotts) 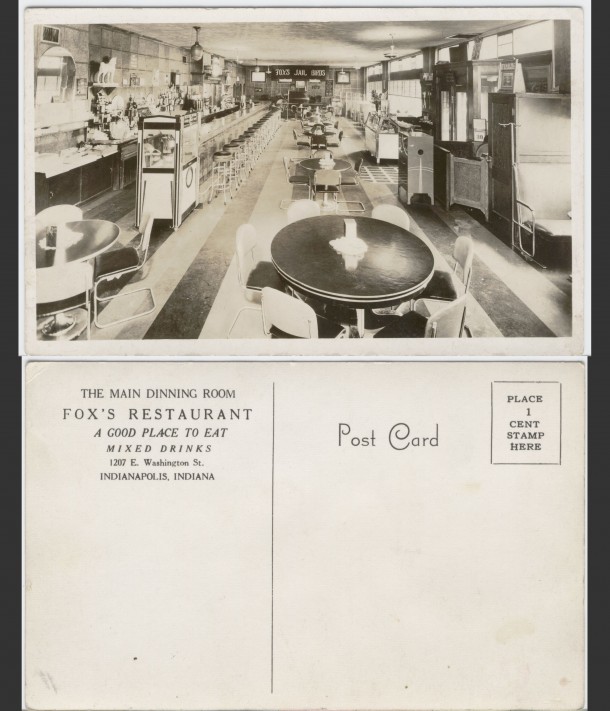 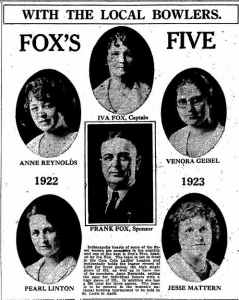 Frank and Iva Fox had long been involved with bowling. As early as 1922, Frank Fox sponsored “women pin smashers” in Fox’s Five bowling team and Iva was captain. Sometime in the 1930s they built a twelve-lane bowling alley behind their restaurant. (Indianapolis Star, February 19, 1923, p. 12) 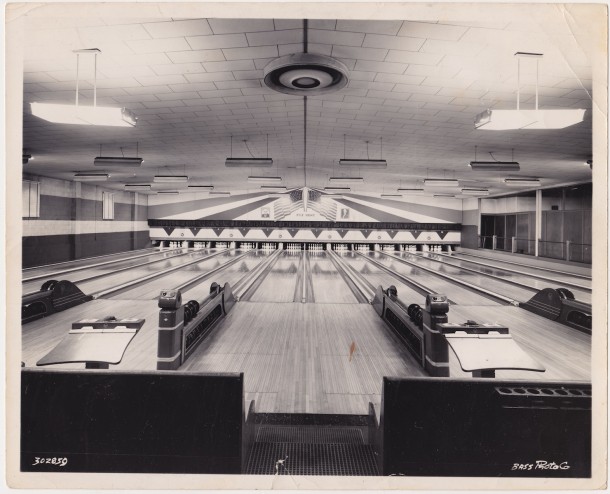 Along with partner Jack B. Hunt, Frank Fox operated the Fox-Hunt Bowling Alley. Family members say the restaurant building was demolished in about 1980, while the building containing the bowling alley was apparently converted to an industrial use. (Posted on Flickr by TwoGuysonPotts) 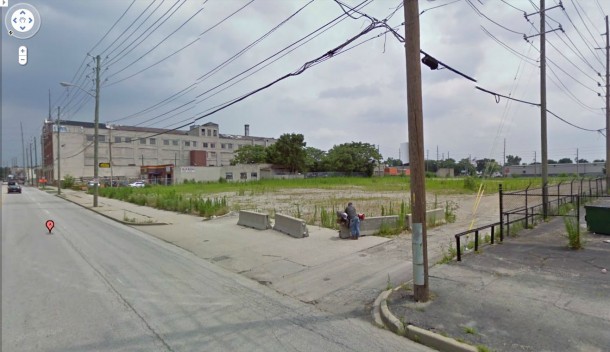 Today the restaurant lives on only in postcards and memories. The former bowling alley building stood until about 2006, when it and two neighboring structures on the parcel from Washington Street to Southeastern Avenue were leveled. The former site in the 1200 block of E. Washington Street is now an empty lot waiting for new development. (Google Street View, 2009)

With the current trend of 1930s-style bars and Prohibition-era cocktails (1933 Lounge, Ball and Biscuit, Libertine), it is exciting to find historic images from an Indianapolis tavern and restaurant shortly after the ban on selling alcohol was lifted. Where did your family hang-out during Prohibition? Share your stories and photos with us!