(Photograph courtesy of the Catalina Bar)

The word “dive” easily comes to mind when one drives by the Catalina Bar on East Washington Street a few blocks east of Rural Street. This old bar always looked like it had stories to tell, and when we included it in the East Side Pub Crawl in 2006, my friend George Hanlin uncovered some of its history. Here is his article from the pub crawl brochure.

In the days before the interstate, the old National Road—also known as Washington Street—was the major east-west thoroughfare. And in the days before McDonald’s, mom-and-pop restaurants ruled. In its early life, the Catalina was one of those spots.

In the 1920s and 1930s, at least a couple of different owners operated a restaurant from the ground floor of the large house. Chances are they served a stiff drink on the side, too. By the 1940s the tenants operated outright as a tavern, serving thirsty workers at the P. R. Mallory plant across the street and weary travelers passing through town.

In 1956 the establishment took on an exotic air when new owners Richard and Frank Cardis changed the name to the Catalina. Current owner Joe Wilson notes that around this same period it also served as a bookie outlet. He says that when he bought it in 1985 he found twenty to thirty phones in one of the seven rooms upstairs.

Joe remodeled the place and ran it for about five years. He then leased it out in the early 1990s to a woman who brought in go-go dancers (it made good money in those days, Joe says, because “these women were TANKS!”). After the city shut it down he took it over again and has run it since.

Today patrons usually find a familiar face behind the bar—Ruth Norris, nicknamed China (pronounced “Cheena”) who has bartended at the Catalina for more than seventeen years. The traffic on the old National Road isn’t what it used to be, and Mallory is long gone, but the beer still runs cold, giving comfort to the working-class folks who call the neighborhood home. (Courtesy of George Hanlin) 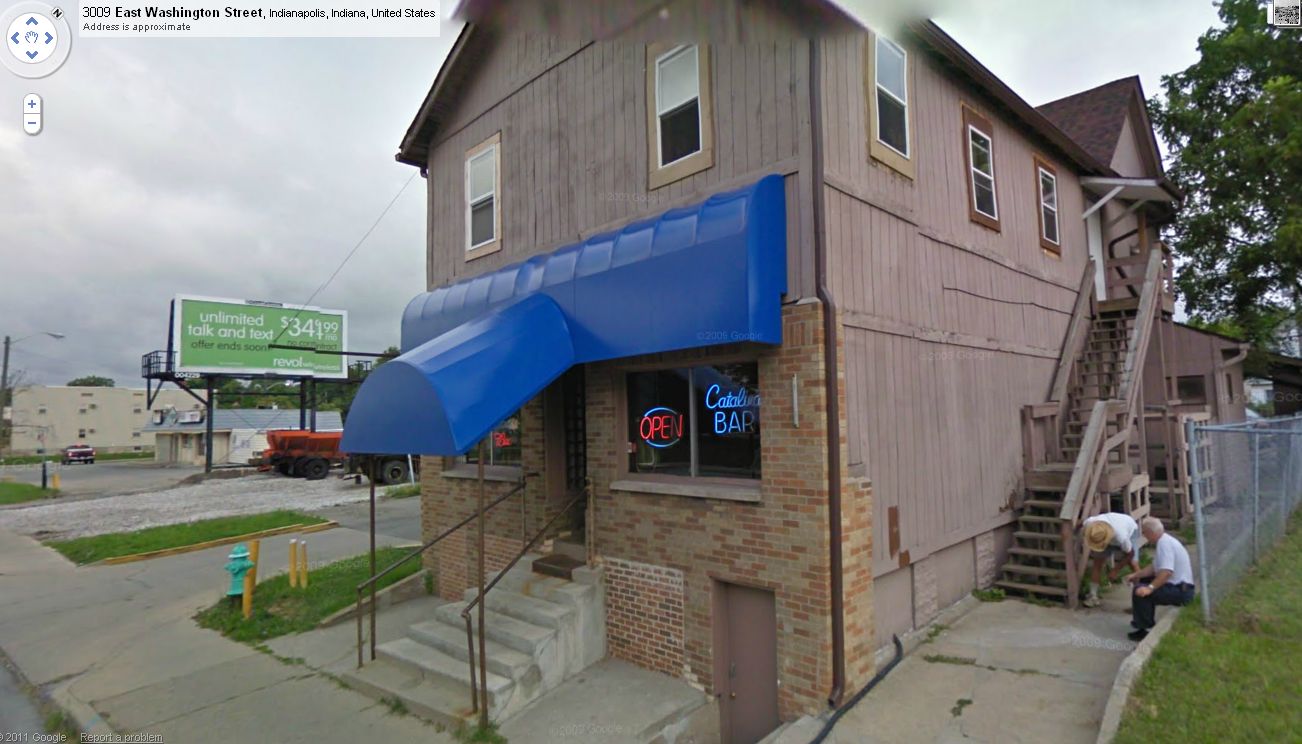 In 2009 the Google Street View vehicle captured Catalina owner Joe Wilson (seated) and another man inspecting the stairway. Today the surrounding houses have been razed and the bar sits among parking lots, fast food restaurants, a liquor store, and the empty Mallory building across the street. 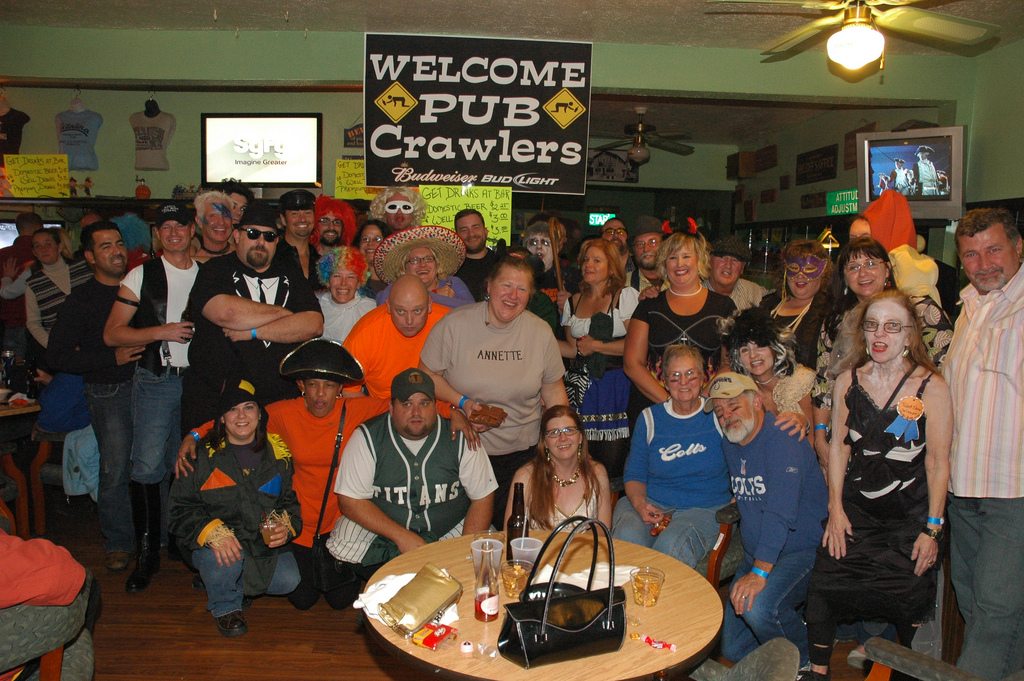 The Catalina was voted “favorite bar” by the East Side Pub Crawl attendees, seen here in October 2010. Despite the rather drab brown exterior, the interior is bright and cheery and bar regulars and staff warmly welcomed the costumed “crawlers.” The twice-yearly fundraiser is sponsored by the History and Preservation Committee of the Near East Side Community Organization. (Photograph by Felipe Martinez)