Then and Now: The Jefferson Apartments, 2207-11 East Tenth Street

Yesterday, the Super Bowl Legacy Project made the New York Times and east-side neighbors are rightfully proud of the recent momentum toward revitalizing this down-and-out area hit heavily by home foreclosures and crime. One of the many successful legacy projects is the Jefferson Apartments at 2207-11 East Tenth Street. 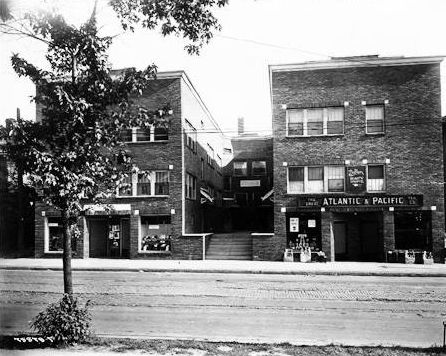 This red-brick apartment building, which dates to 1921-22, was originally named the Jonquin, but has been known as the Jefferson Apartments since the mid-1930s. (Jefferson Street is the nearest cross street.) The U-shaped structure surrounds a small courtyard that provides sunlight and cross-ventilation to the twenty-two small apartments. Two storefronts housed many businesses through the years including the Great Atlantic & Pacific Tea Company (later known as A& P, a grocery chain), a variety store, offices, beauty salons, and thrift stores. Tenth Street was a busy east-west corridor and the streetcar tracks are visible in the foreground of this 1922 photograph which documented the building shortly after construction. (Indiana Historical Society, Bass Photo Co. #78879, 1922) 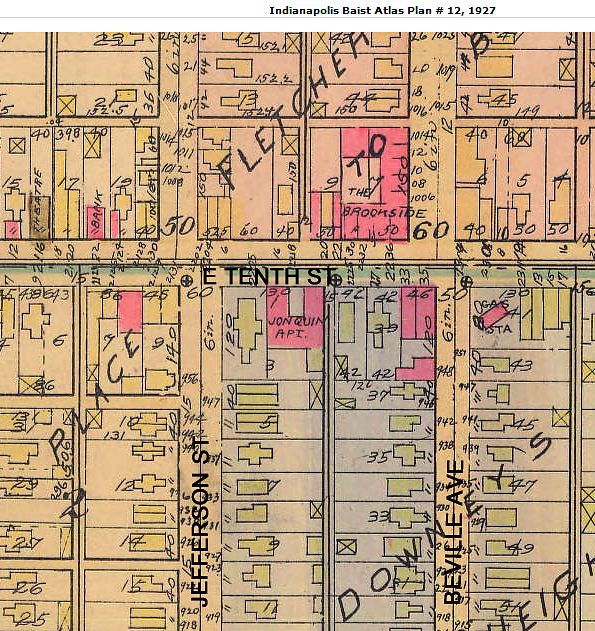 Like most Indianapolis streetcar routes, Tenth Street was lined with a mix of brick and wood commercial structures interspersed among frame houses. Other nearby businesses included the Hamilton Theatre at 2116 E. Tenth and the Brookside Building which housed apartments and Rossiter’s Drug Store. Today the Brookside is used by the John H. Boner Community Center for senior day care and programs, as well as apartments for special needs homeless residents. (Indianapolis Baist Atlas Plan #12, 1927, IUPUI Digital Library)

By 2009 the Jefferson suffered from “deferred maintenance” (code for very run down) and was purchased by the John H. Boner Community Center. The project, a joint venture with the Whitsett Group, included rehabilitation of the 1920s apartment building and a newly constructed addition to the west. The complex now houses 18 apartments and two condominiums. Tenants participate in the city’s first “homeowner incubator” program, consisting of services, financial coaching, and counseling to help them buy their own houses within a two-to-three year period. While the architecture has received mixed reviews, neighbors are excited to see the apartments rehabbed for a use that meets the needs of the community. We hope to see many of these residents achieve their goal of homeownership and move into the plethora of vacant and abandoned east-side homes. (Photograph from the Whitsett Group) 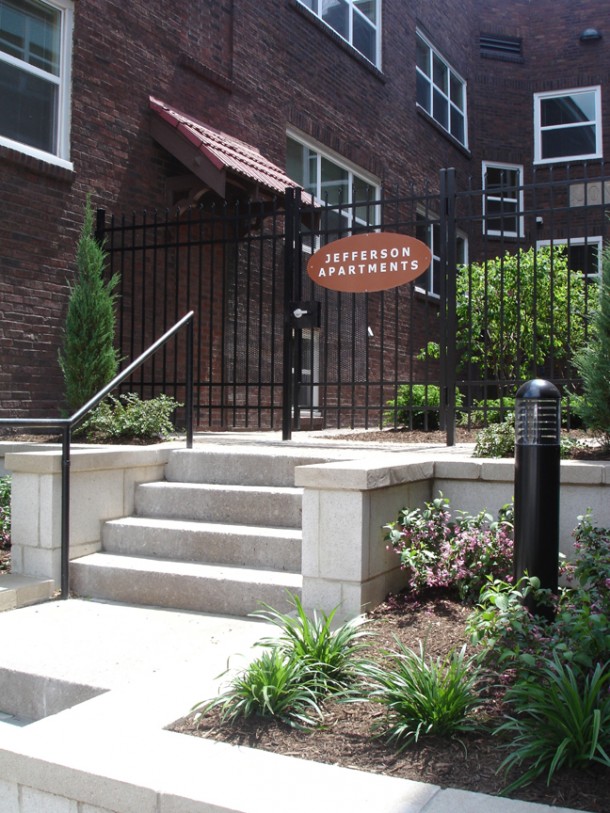 Learn more about the Super Bowl Legacy Project and review some of the other projects already covered by Historic Indianapolis: