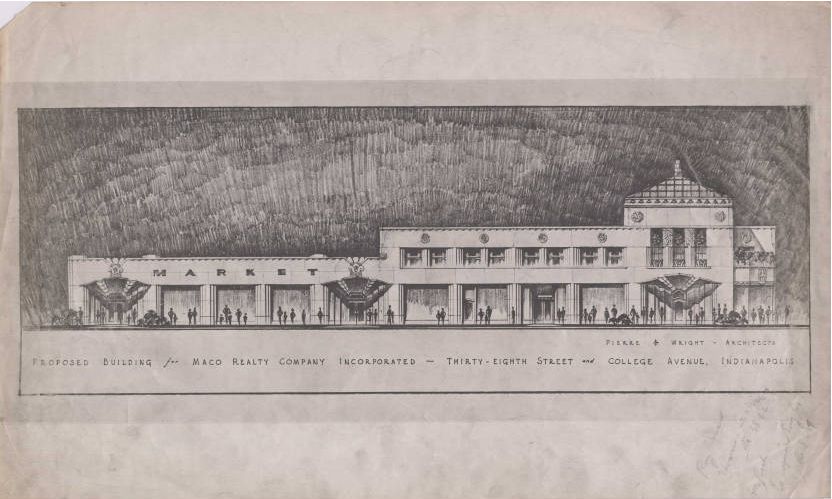 Architects Pierre and Wright of Indianapolis designed the Ma-Co Market building in about 1928 for the Ma-Co Realty Company. It was located on the southeast corner of North College Avenue and 38th Street, formerly named Maple Road for all of the Maple trees lining the street. The building’s name was an amalgam of the two street names. (Ball State University, Pierre and Wright Architectural Records Collection) 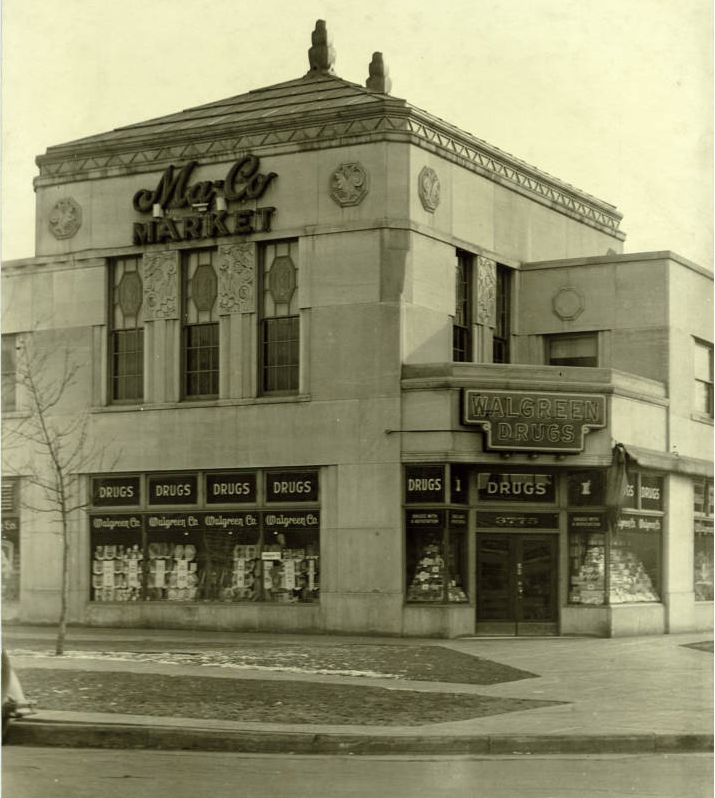 The Art Deco structure featured limestone relief designs, leaded art glass windows, and a distinctive roofline on the two-story corner. It was developed as a market with adjoining office space. Ironically, one of the earliest tenants was Walgreen Drugs, for whom the building was later demolished. (Ball State University, Pierre and Wright Architectural Records Collection) 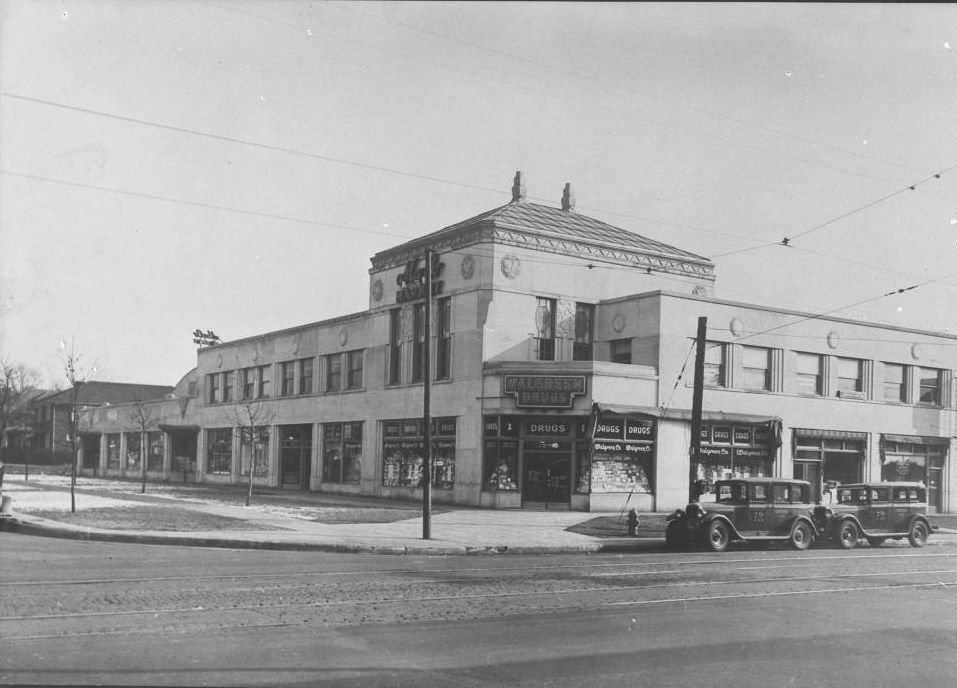 Tenants have included a record store, second-hand furniture, and the Mandarin Inn, still remembered by many residents for its Chinese-American food. (Ball State University, Pierre and Wright Architectural Records Collection) 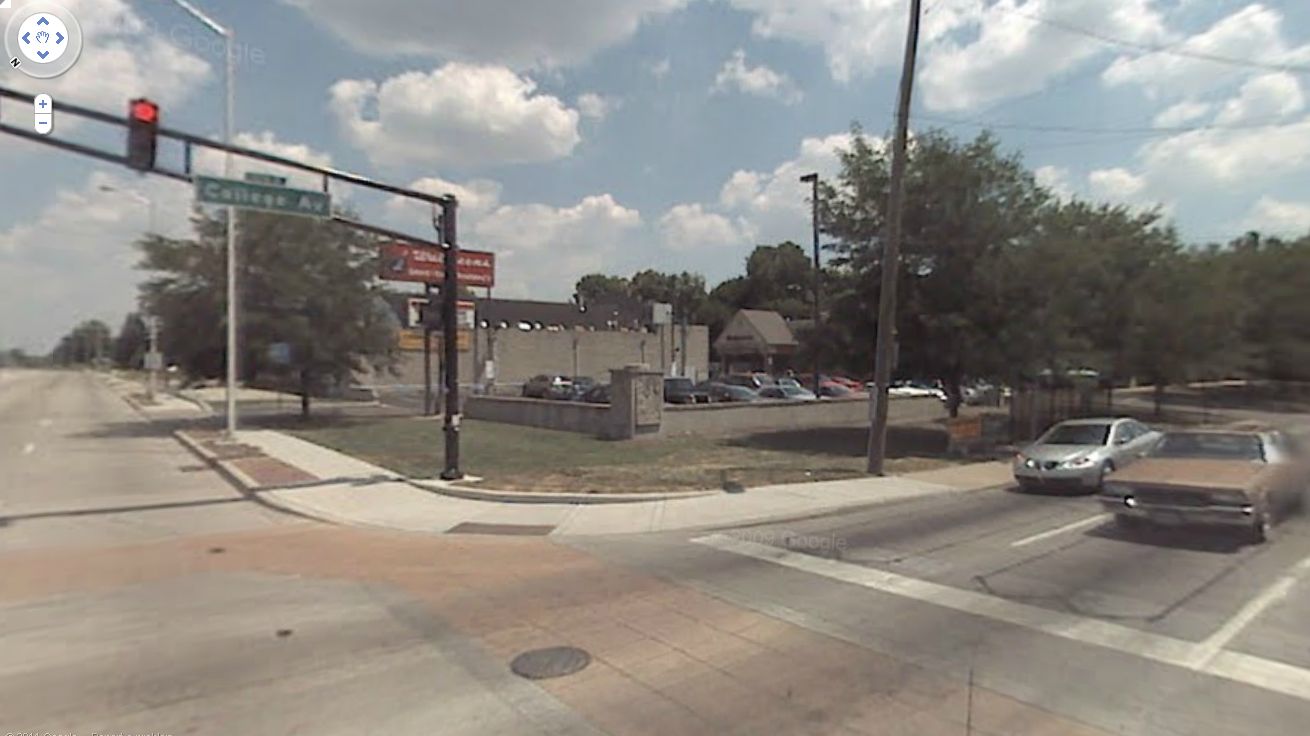 Despite the arguments of preservationists, the Ma-Co building was demolished in 1992. The area had greatly declined and neighbors were excited about having a new Walgreens. Developers felt that the structurally-sound building, by this time home to only a travel agency and hair products store, could not be modified into a useful space. The new Walgreens was constructed with a suburban mentality: it has a huge setback and parking lot in front. Note that salvaged architectural relief panels have been incorporated into the new parking lot wall.
(Google Street View, 2009)

The east wing of the Ma-Co building was spared the wrecking ball and today houses a Family Dollar store. Through the years it served as a movie theater and, after 1958, a coin laundry.