L. S. Ayres & Company, Wiliam H. Block, and H. P. Wasson are the most beloved and remembered Indianapolis department stores, but many smaller stores catered to the middle class. One of them was the Efroymson and Wolf Department Store, better known as the Star Store. 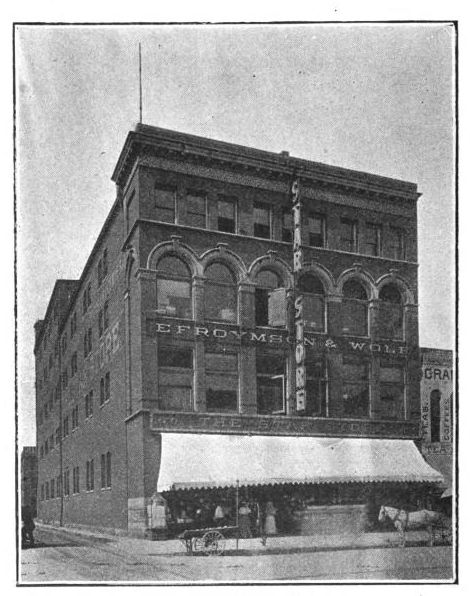 Brothers Gustave A. and Meyer Efroymson, along with their brother-in-law Louis P. Wolf, opened the Star Store in 1888 in a small wood structure on the northeast corner of W. Washington and Missouri Streets. Some thought it unwise to locate a store outside of the traditional Washington Street business corridor between Illinois and Pennsylvania Streets, but the Star Store thrived and the successful owners constructed this five-story and basement building in 1898. The establishment remained at this site until about 1950. The extensive retail store sold a variety of goods including clothing, shoes, fabric, millinery, carpet, household goods, hardware, and even groceries in the early years. Newspaper advertisements reveal that bargains were to be found at the store, which was sometimes marketed as “a department store for the thrifty.” (Hyman’s Journal Handbook of Indianapolis, 1902)

The Star Store was located at 360-370 W. Washington Street. This view looks northeast from Washington and Missouri Streets. The wholesale department offered dry goods and notions (textiles, clothing, and small household items such as needles, buttons, and thread) and took advantage of the adjacent railroad tracks to transport their goods throughout Indiana and the Midwest. (Indiana Historical Society, Bass Photo Company #C608) 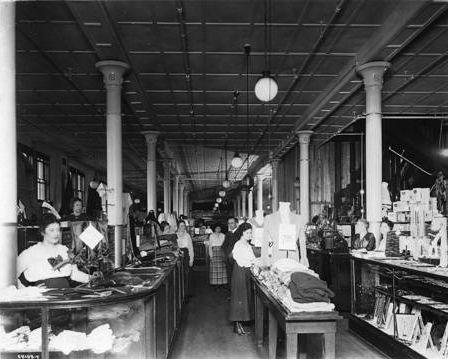 Employees of the Star Store pose with among the goods and display cases in 1919. In 1913 the store employed approximately 200 people, including many members of the Wolf and Efroymson families. The hardworking owners of the Star Store went on to buy H. P. Wasson Company, where Efroymson served as president from 1913 through 1930. In 1932 Gustave Efroymson rescued the declining Real Silk Hosiery Mills and returned it to profitability. He also organized a coalition of Jewish and Catholic merchants in the 1920s to resist the Ku Klux Klan. (Indiana Historical Society, Bass Photo Company, 68108) 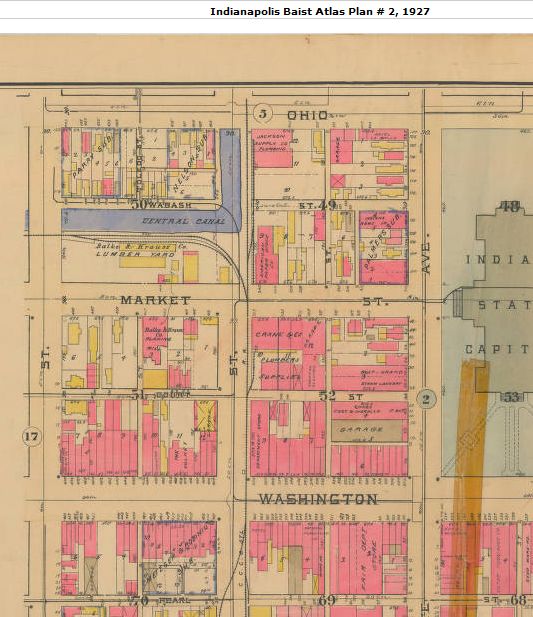 The area west of the Indiana State House would be unrecognizable to us today as I believe none of the buildings in this 1927 Baist map stand today. (Someone correct me if I’m wrong. The Old Trails building on the southwest corner of Washington Street and Senate Avenue was not yet constructed.) The north and south streets in this map are, from the left: West Street, Missouri Street, and Senate Avenue. (Indianapolis Baist Atlas Plan #2, 1927, IUPUI University Library) 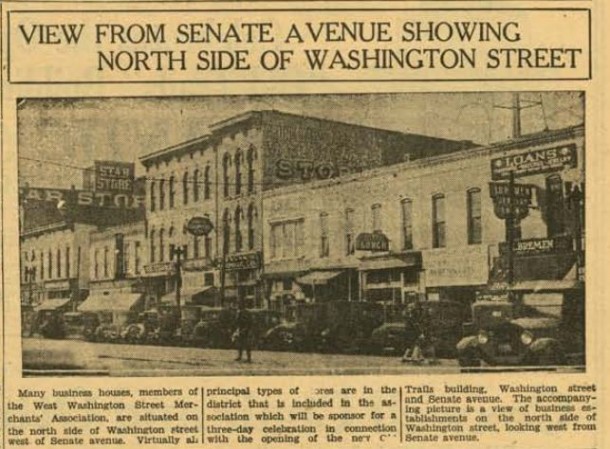 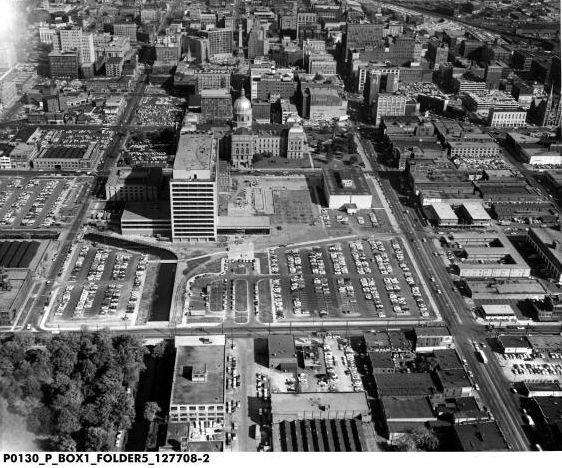 In the mid-1950s the 300 block of W. Washington Street was swallowed up by the expanding Indiana State Government Center, and the Star Store was razed at that time. The Indiana State Office Building (the tall building in the center surrounded by parking lots) was dedicated in December 1960. This view looks east from just beyond West Street and includes Washington Street on the right and Ohio Street on the left. (Indiana Historical Society, Bass Photo Company, 127708-2).

Another circa 1960 aerial view looking southwest is can also be viewed at the Indiana Historical Society. 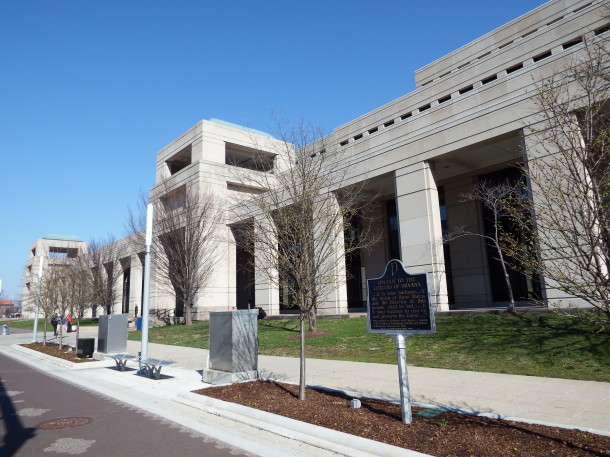 This week’s Then and Now column was inspired by a recent discussion of the Star Store on the Facebook page of Historic Indianapolis. Thanks to Donna Winsted and Susan Zobbe, who regularly share their memories of Indianapolis and help bring these structures to life with their vivid and colorful stories. As I generate ideas for future columns, I’d love to have your feedback: what buildings or places would you like to see featured? Of course, this column relies on historic “then” photographs, so please send some interesting older (but not necessarily ancient) photographs our way and I’ll try to include them in the coming months. Happy New Year! 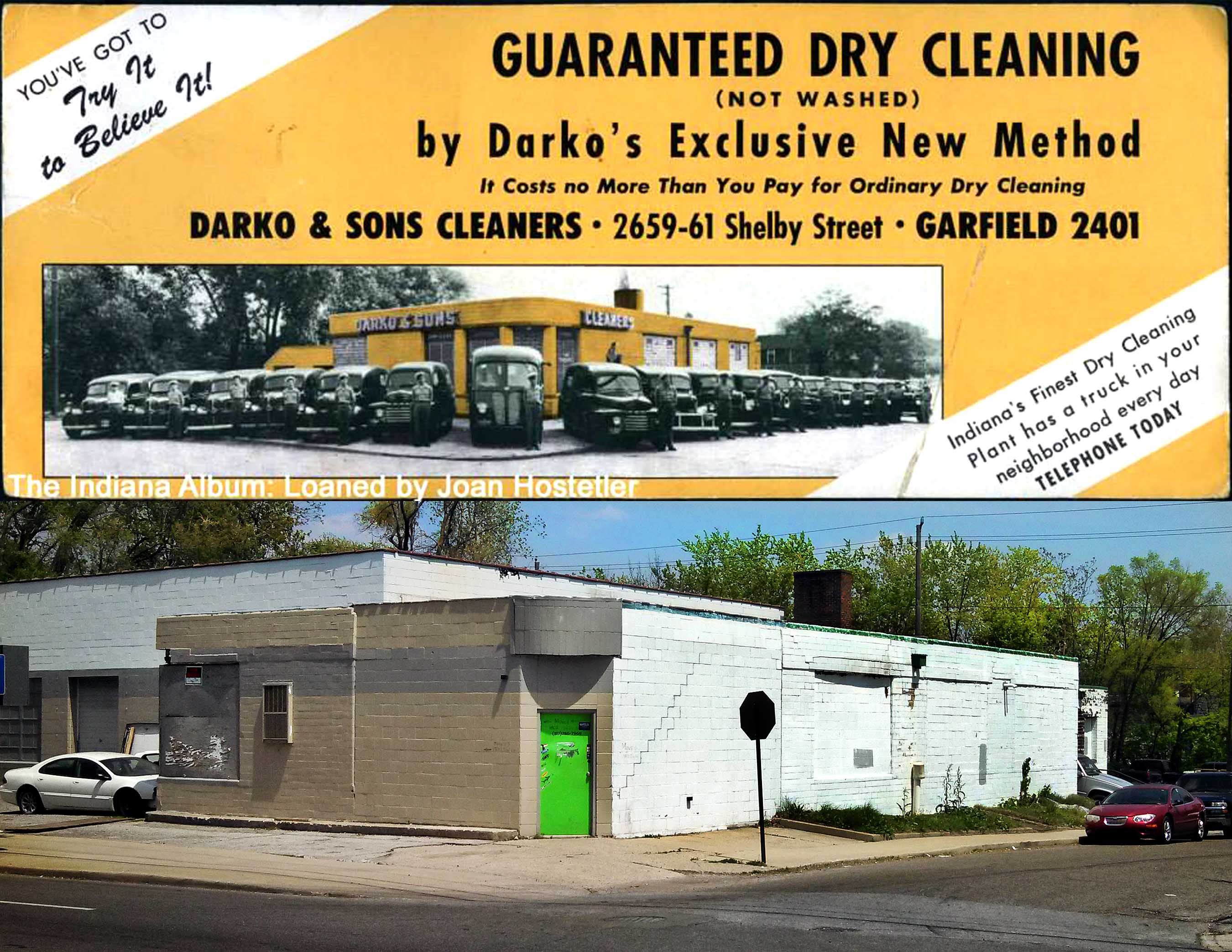