One of the oldest commercial buildings in Indianapolis is in the news again as it suffers yet another “remuddling,” a derogatory term preservationists use to describe remodeling projects that have gone awry. On February 17 Property Lines, the Indianapolis Business Journal’s real estate blog, reported that the City has placed a stop work order on the historic Hannaman building at 40 E. Washington Street. The owners received permits to stabilize and repair brick and as scaffolding appeared hope was high that something positive would finally happen to this neglected structure. No such luck as dismayed onlookers watched the window openings, already covered with faux-brick painted wood, get filled with concrete blocks. The long-time owner told Property Lines that he plans to plaster the façade and eventually install smaller-sized windows. See the IBJ blog for full details and updates. 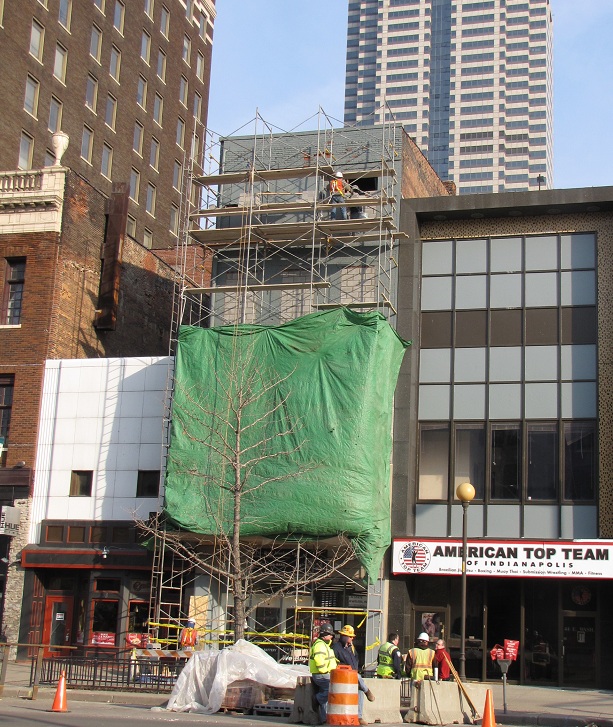 Although the article states that the building was constructed in 1880, Dr. James Glass’s research reveals that it was probably constructed in the late 1840s by William Hannaman, a wholesale and retail druggist. 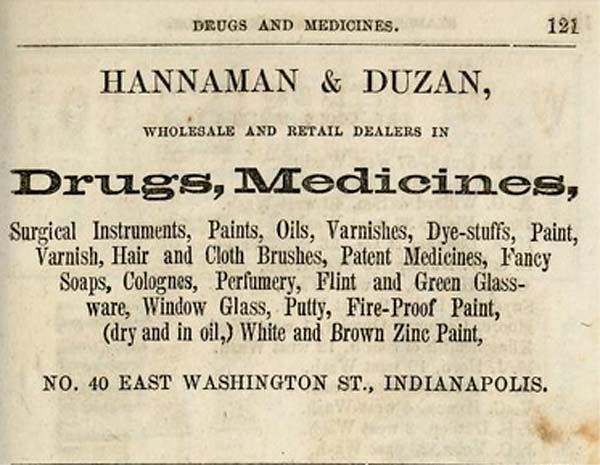 This 1855 advertisement from Indianapolis’s first city directory indicates that Hannaman and his partner Duzan also sold a variety of non-drug items such as paint, glassware, soap, colognes, and even hair brushes.

There are frustratingly few photographs that document Indianapolis buildings and views prior to the 1890s. Fortunately, an artist named James T. Palmatary included images of Washington Street on his 1854 bird’s-eye view of the growing city. This reproduction from Hyman’s Handbook of Indianapolis (the original is a color lithograph) shows the Hannaman building as four-stories tall. Dr. Glass describes it as a Federal-style structure with flat metal window lintels. It had a gable roof that rose to a peak at the center of the structure. 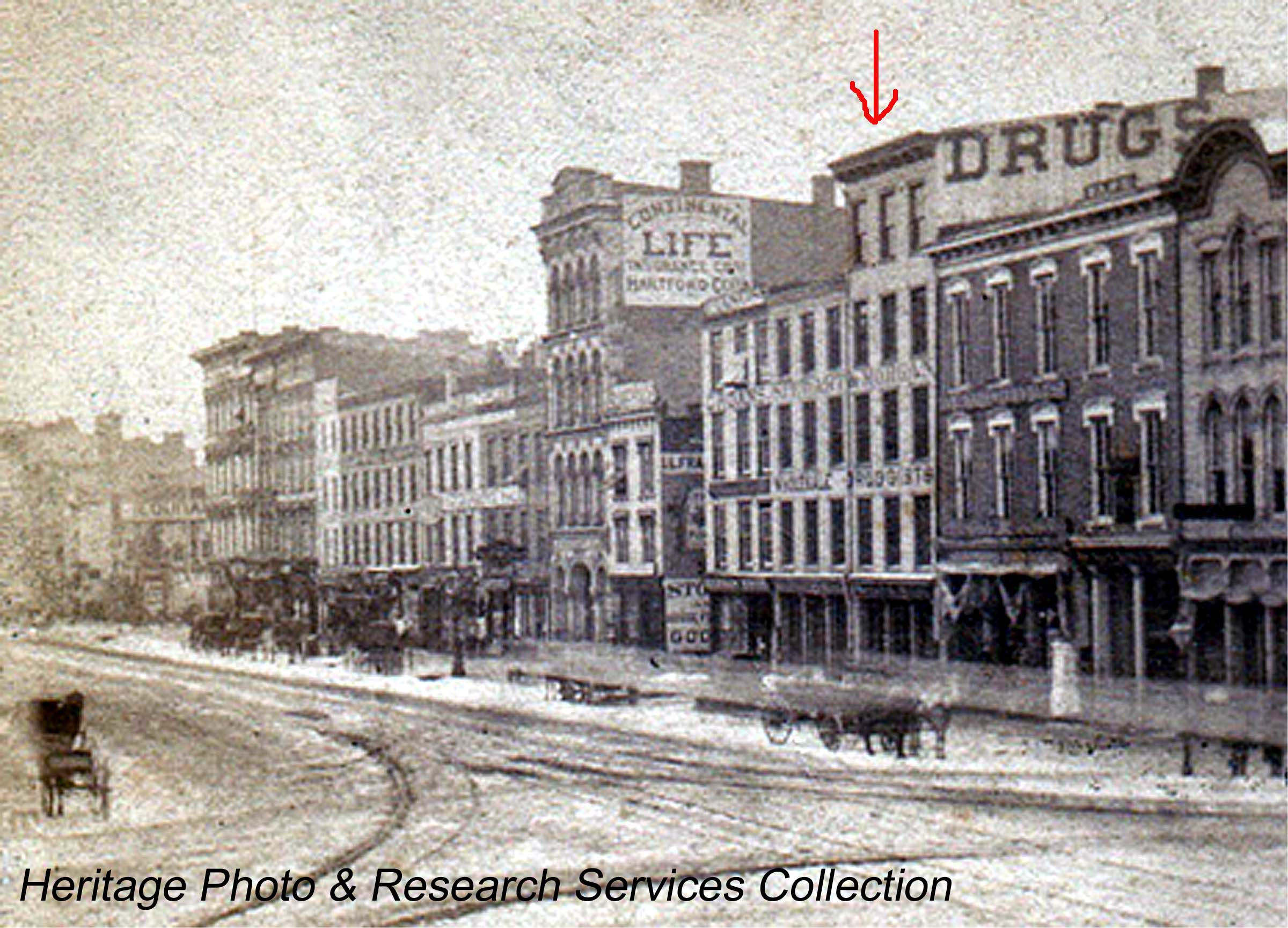 Hannaman sold his drug business to Daniel Stewart and Stephen Morgan in 1863. In this circa 1870 stereograph the words “STEWART & MORGAN / WHOLESALE DRUGGISTS” are painted on the two buildings at 38 and 40 E. Washington. By this time a fifth floor had been added to the building and the roofline altered. Stewart became the sole proprietor and remained at this site until 1881. Photographer Charles B. Ingraham’s Gallery of Art (located three doors west in the building on the alley) operated from from 1867 until 1872, helping to narrow down the date of this photo. [For an enlarged version of the stereograph visit the Indiana Album on Facebook.] 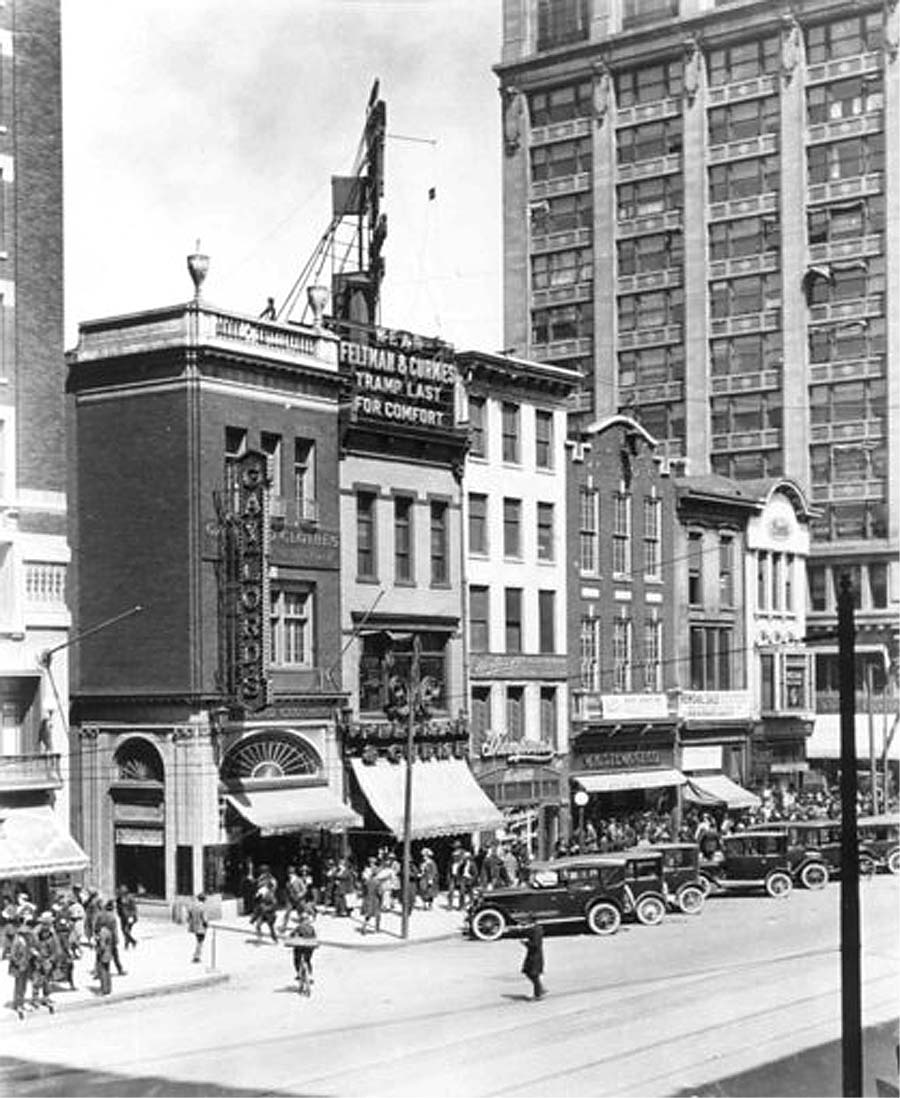 Still intact with a bracketed cornice, the building was occupied by various other businesses through the years including Thompson’s Dairy Lunch from 1910 through the 1940s. (Indianapolis Star photograph, 1921)

The Hannaman building is seen to the left in this 1950s view of the Arsenal Savings and Loan fire. By 1937 the cornice had been removed and the brick on the two lower floors had been modified. A shoe store occupied the building in the 1950s. Photo credit: Indianapolis Firefighters Museum/digital rights Indianapolis Marion County Public Library 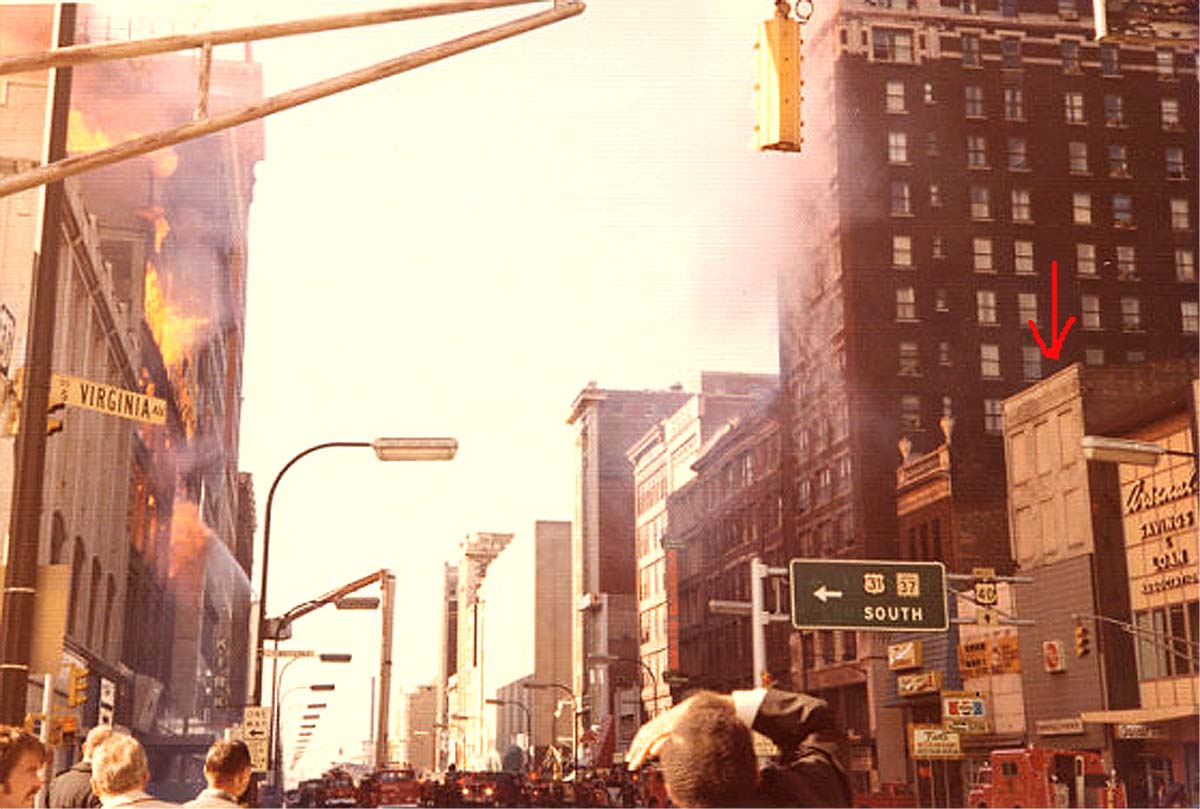 As seen on November 5, 1973 during the Grant Building  fire, the third floor façade of the Hannaman building has now been covered  and the windows are filled in. Here is a great description of this fire from the perspective of the Indianapolis Fire Department (http://www.indy.gov/eGov/City/DPS/IFD/History/Fires/Pages/grantfire.aspx). Photo credit: Indianapolis Firefights Museum/digital rights Indianapolis Marion County Public Library

Although this block has been placed on the National Register of Historic Places as part of the Washington Street-Monument Circle Historic District, surprisingly not much renovation has occurred and this area has long been an eye-sore in a revitalized downtown. Let’s hope the owner of the Hannaman building either has a change of heart or sets a price to sell this historic but forlorn old building soon.

For a more in-depth history of this building and its occupants read “History lives in pre-Civil War building,” Indianapolis Star, February 10, 2007, p. A-13 by Dr. James Glass, Director of the  Division of Historic Preservation and Archaeology, Indiana Department of Natural Resources.

Bass Photo Company photographed this block numerous times and other photographs can be viewed on the Indiana Historical Society’s web site:

1925 overview of the middle of the block

1939 view of the six buildings on this half block 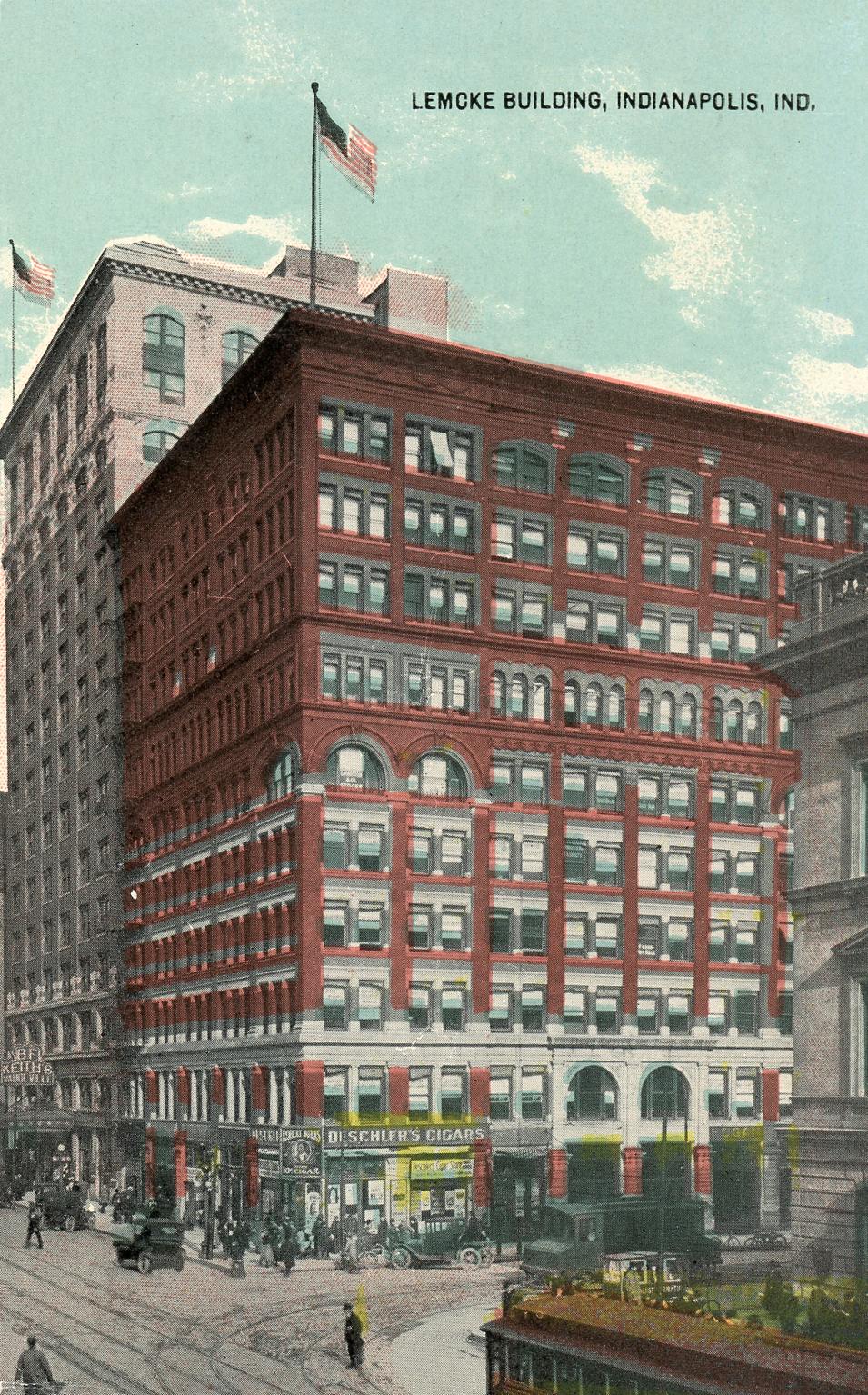