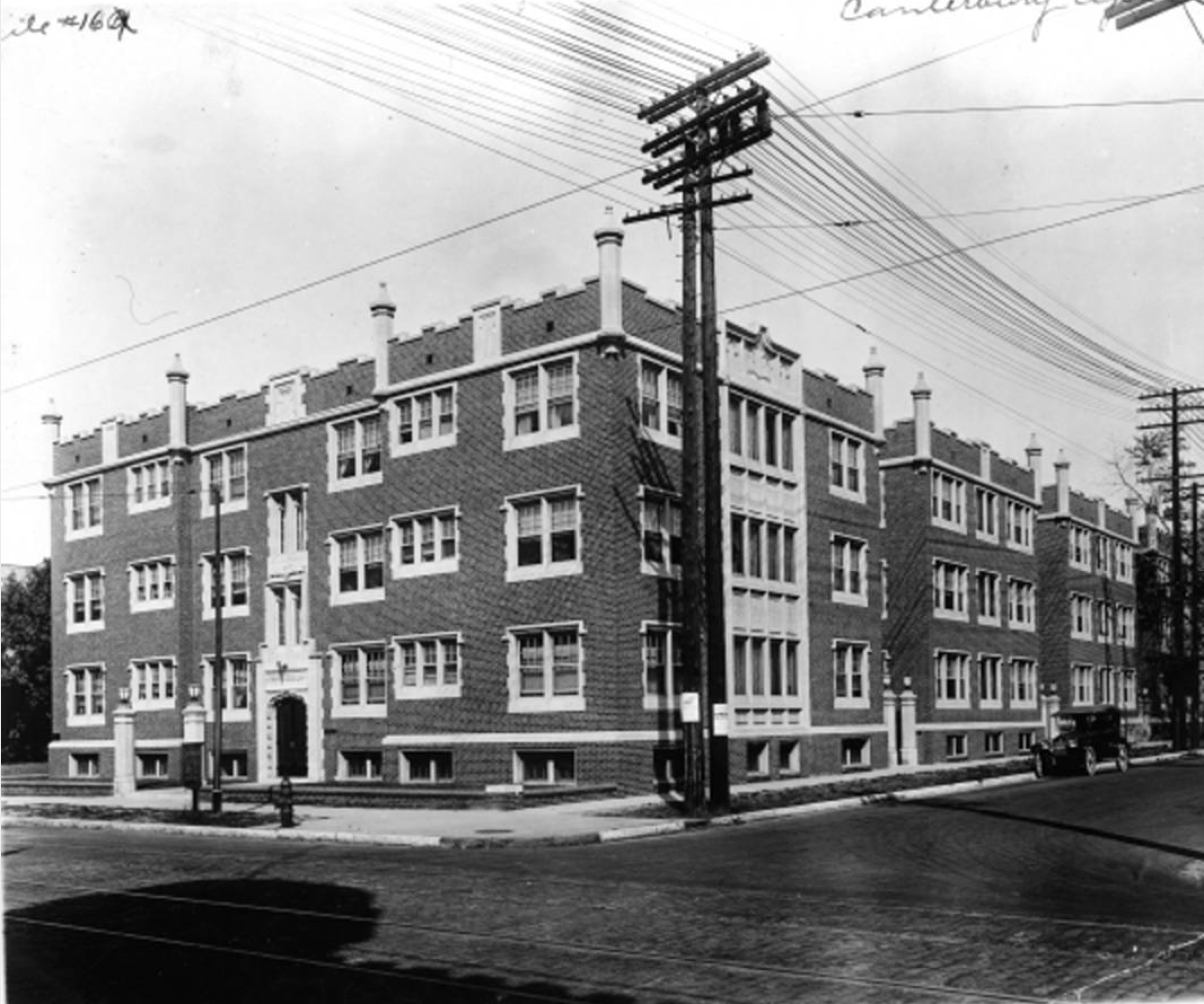 In 1914, the vicinity of Sixteenth Street and Central Avenue was dominated by boarding houses and low-rise apartment buildings. The house that stood on the northeast corner belonged to J. Guy Haugh, an executive in the men’s clothing industry in Indianapolis. 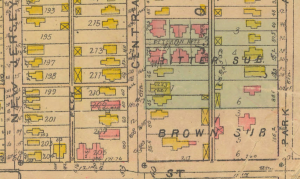 Wider view of housing at 1603 Central in 1916 – just prior to the construction of the Canterbury Apartments. Indianapolis Baist Atlas Map, IUPUI Digital Collections.

Four years later, Haugh traded his house for a new complex of buildings on the same lot: the Canterbury Apartments. The Canterbury held its ground for eight decades, a lifespan that began as “a new era in advanced apartment house ideas” and ended in a suspicious three-alarm blaze. 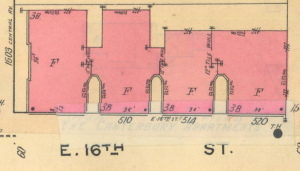 A newspaper article appearing in the spring of 1917 offered a preview of the new apartments under construction. Apartments throughout three stories of brick and stone were advertised for occupancy in the late fall. Designed “along the Tudor style” by George, McLucas & Fitton, architects, the newspaper account focused on the cutting edge plans for the inside of the building:  “One of the distinctive features will be a refrigerating plant, which automatically ices a box in each apartment and supplies ice in small cubes ready for table use.  Another feature is a specially designed system of garbage incineration.  This system provides for the emptying of waste directly into a flue on each floor, avoiding the unsightly, inconvenient and ill-smelling garbage pail.”

1917 rendering of yet to be constructed Canterbury Apartments (Image: Indianapolis Star)

Fifteen months later, another article reviewed the completed structure and outlined a few more choice design features –in the private and public parts of the building. The long hallways that stretched east to west, were outfitted with ornate Circassian walnut. Erected by Builders’ Construction Company, The Canterbury was designed to look like four separate buildings from Sixteenth Street. It had 60 units: 18 three-room apartments, 18 two-room apartments, and 24 one-room apartments.  There were four stone entrances – one on Central and three accessed from Sixteenth Street.  Each apartment had an electric range, a private bath and kitchenette, and an In-a-Dor, a bed that disappeared into a closet.  A café in the basement was available “for the convenience of tenants who prefer this mode of living to the preparation of meals in their own apartments.” 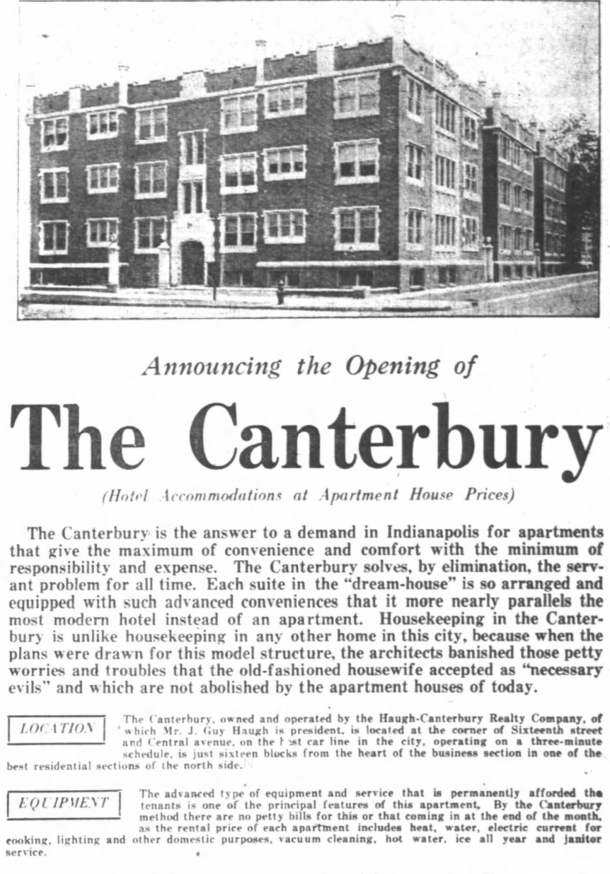 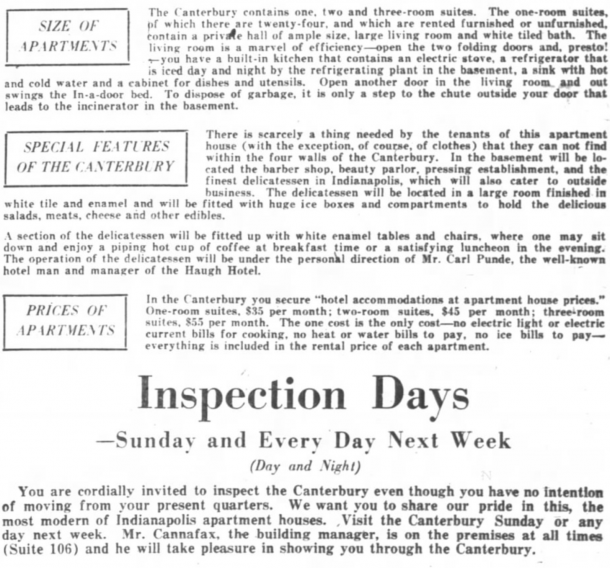 See the full list of amenities in the July 1918 ad announcing the opening of The Canterbury, above. 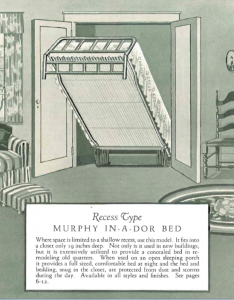 In-a-Dor like the ones installed in the Canterbury Apartments. From the 1925 Murphy Bed Catalog. According to San Francisco history guides, William Murphy lived in a one-room apartment in the heart of the city. He liked having lady friends over, but it was 1900 – a time when it was considered scandalous for a woman to be in a man’s bedroom. So Murphy teamed up with a blacksmith to “design a bed that could flip into a closet to hide it.”

After its early days of splendor and so many years of service to the near-north side of Indianapolis, the Canterbury began to decline in the 1950s. In the 1970s, the apartments became low income housing managed by the Federal Department of Housing and Urban Development.

In late 1987, The Canterbury was recommended for certification as a historic structure for purposes of rehabilitation. A description of the building on the application form indicated the building’s floor plans had been altered, and that nothing remained of the original basement layout.  The building had also been badly vandalized.  “Ceilings are missing.  Doors have been smashed.  All mechanical and electrical systems have been burglarized.”

In 1988, Broadstreet Development, Inc. spent a million dollars renovating the building, which, ultimately, only marked the beginning of the end. A year later, the company filed Chapter 7 liquidation bankruptcy and began negotiations to sell four near Northside apartment buildings serving the poor, including the Canterbury.  In June of 1989, an electric fire gutted a third floor apartment.  Later that summer, 27 tenants were threatened with eviction after a dispute with building management over an inoperative central fire alarm system.  A Sunday morning in January, 1996 saw another fire in the structure – this one allegedly started by a child playing with a cigarette lighter.  Members of All Saints Episcopal Church, 1559 Central Avenue, left services to help 113 tenants forced out of their apartments.

In March of 1997, an aggressive early morning blaze at the Canterbury, the building’s third fire in eight years, injured 25 people and left 153 homeless. Authorities found an accelerant in a stairwell. An estimated 100 firemen battled the blaze – some climbing ladders to the windows, where people waited to be rescued from the flames.  Other trapped tenants jumped from the building to save themselves; some were forced to “throw” their children out to friends and neighbors gathered below.  Steve Bonds, the manager of the nearby Kroger store, was just arriving for work. “People were standing around in their underwear, so I opened the store and gave them some clean uniforms.” 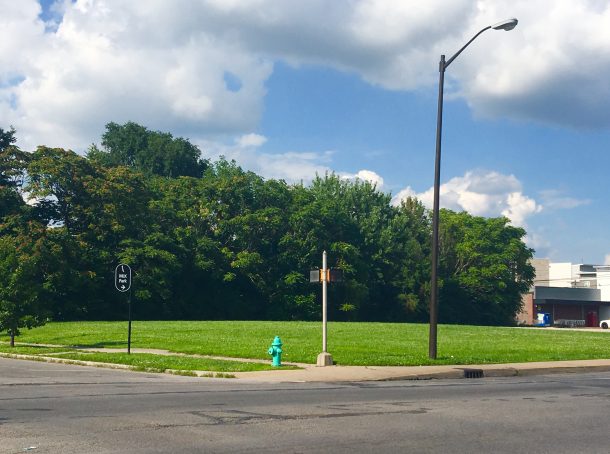 Neighbors came to the relief of the tenants of The Canterbury, just as they had before. But in the days following the fire, the owner of the building surveyed the damage and said a bulldozer would be there within the next ten days to demolish what was left of it. The fire-ravaged property on the corner quickly became the empty lot that remains to this day.

There is renewed optimism for 1603 Central Avenue in 2017. That stretch of East Sixteenth Street is seeing revitalization as a residential and commercial corridor. The empty buildings and vacant lots along the former “Tinker Street” and its surrounding neighborhoods are sprouting new restaurants, retail space, art studios, more houses of worship … and new multi-family dwellings. 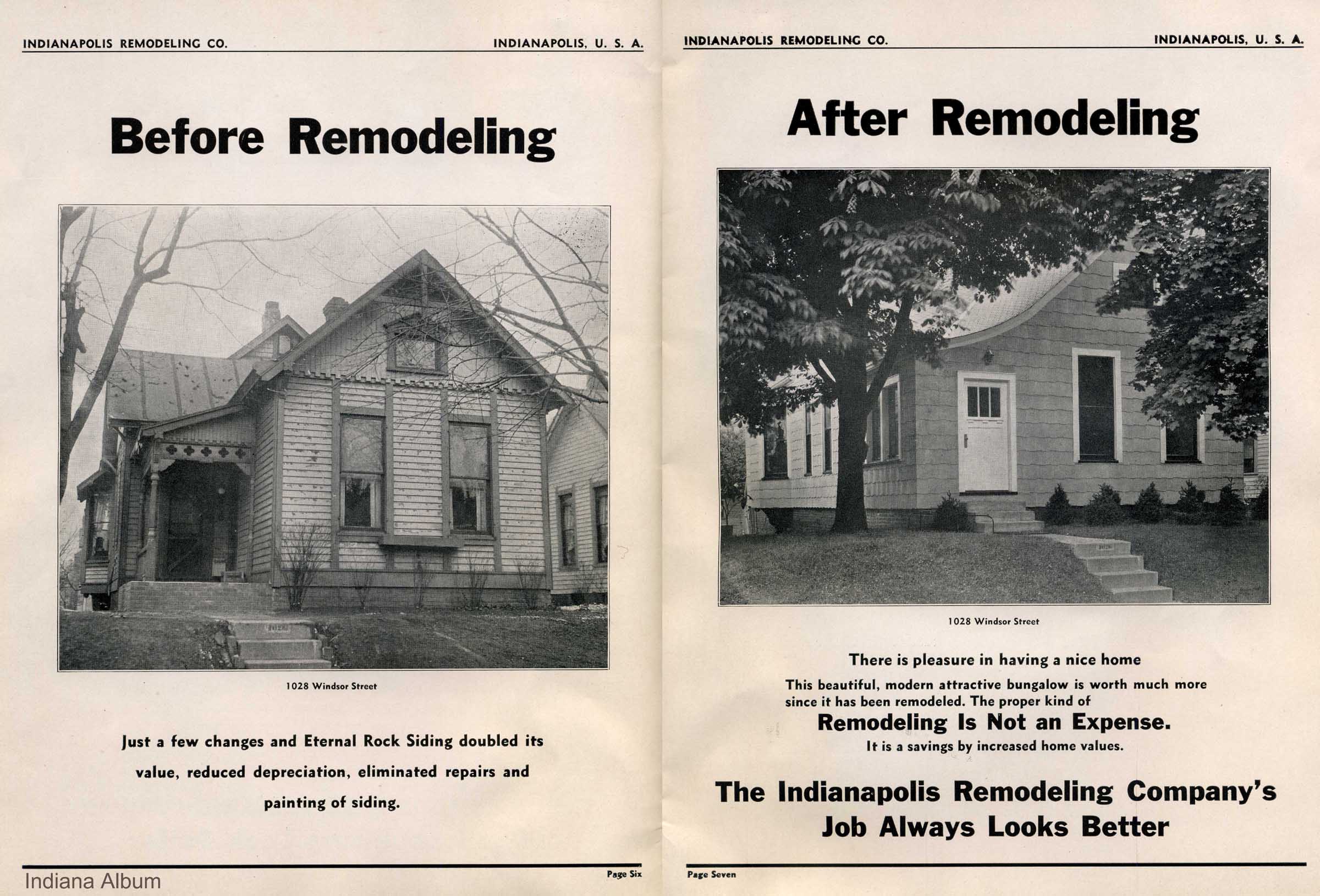