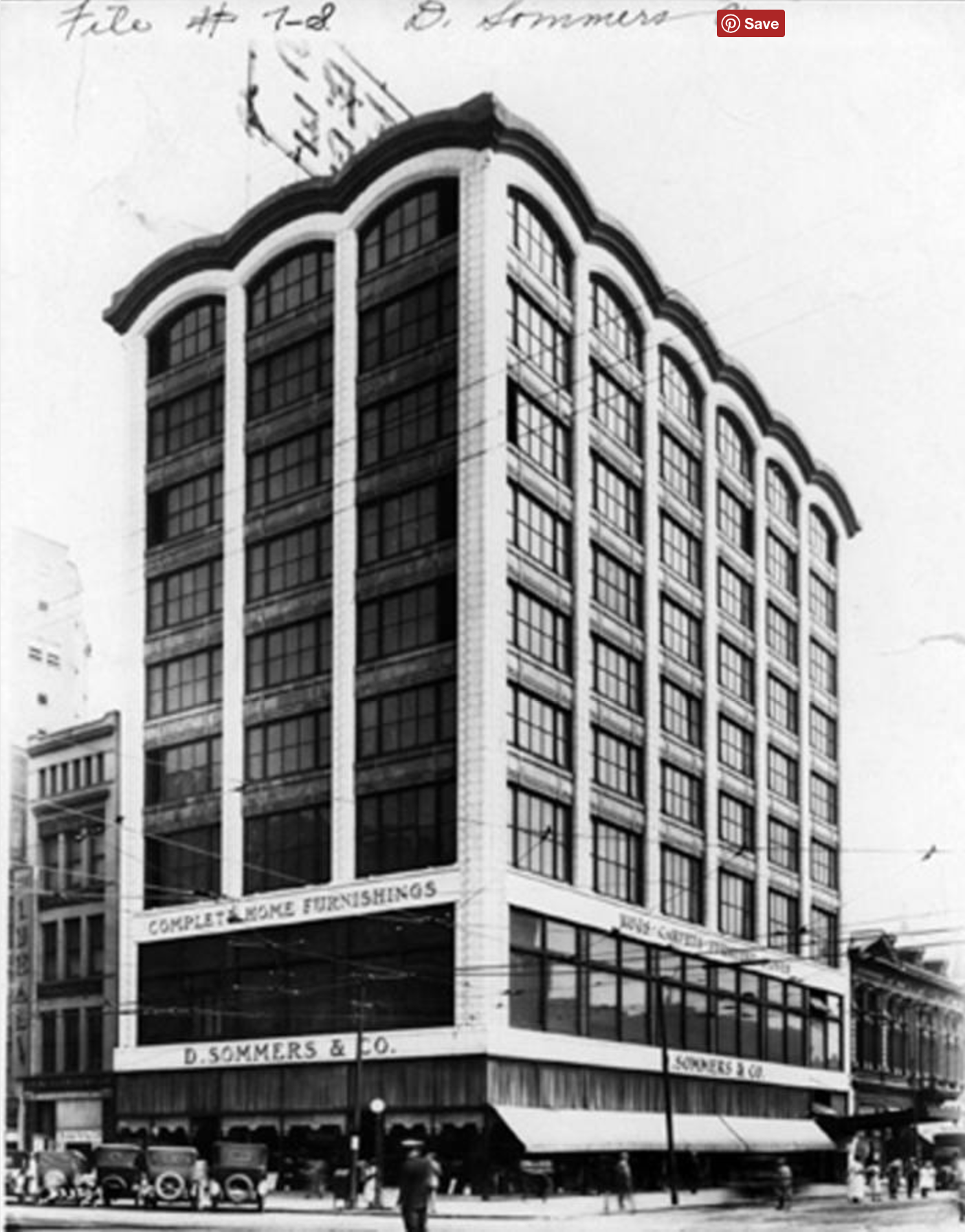 Former building on Southeast corner of Capitol and Washington.

One of many properties under the huge Hyatt Hotel complex between Capitol Avenue and Washington, Maryland, Illinois and streets with an interesting story is the northwest lot of that square.

On October 25, 1848, the cornerstone was placed for the “Old Masonic Hall.” This Greek revival iteration was designed by architect Joseph Willis and stood until 1875. 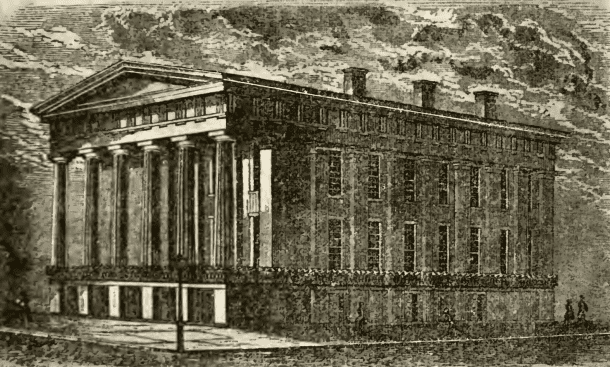 Work on the next building was completed in April 1876 and designed by William H. Brown, who also designed the Cleaveland Block in the next block just south of this building, as well as the Vance Block on Virginia Avenue. 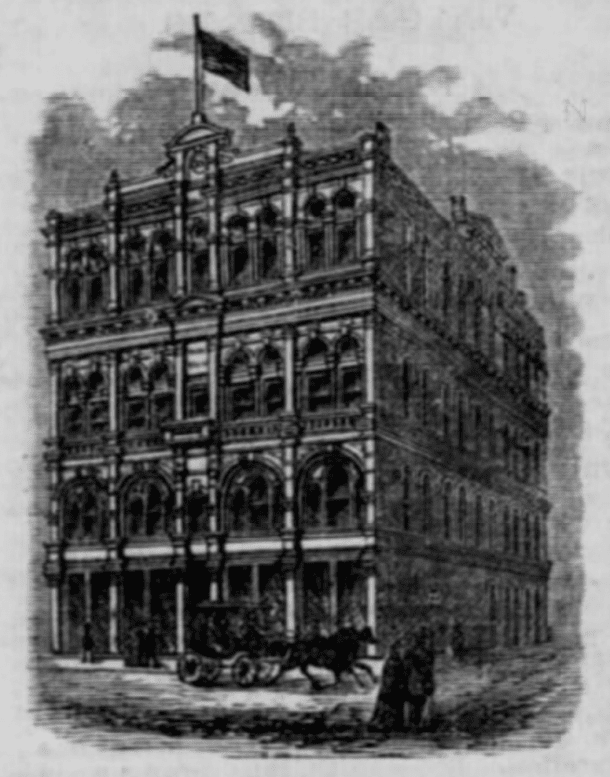 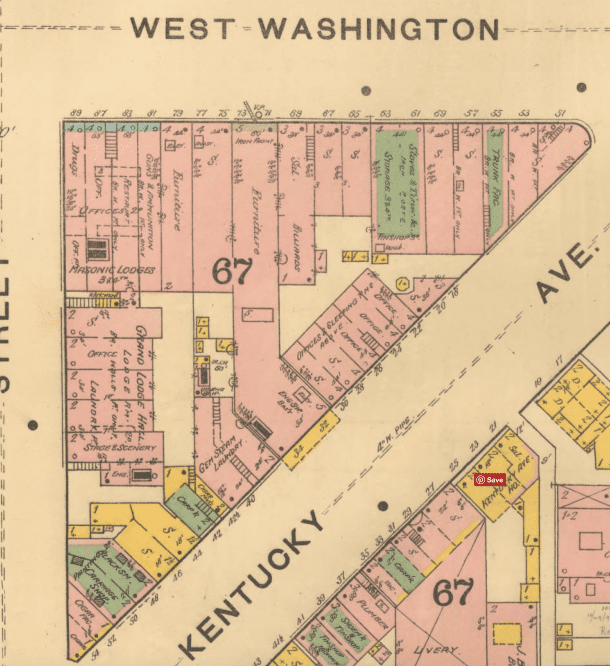 The second floor had 18 offices and a spacious 40 x 50′ hall. The third floor held two large lodge rooms and a parlor; the fourth floor held other special masonic space and the fifth floor had a large banquet hall, 25 x 60 feet in dimension. The contractor was J. W. Hinkley. 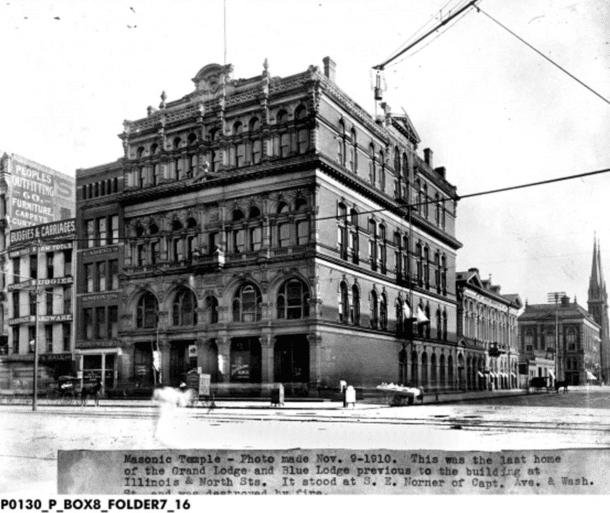 In April 1909, word appeared in local papers that a new 9-story building would replace the historic masonic temple. Demolition started at the beginning of the month and was projected to be completed in early September with a new Rubush and Hunter designed building. 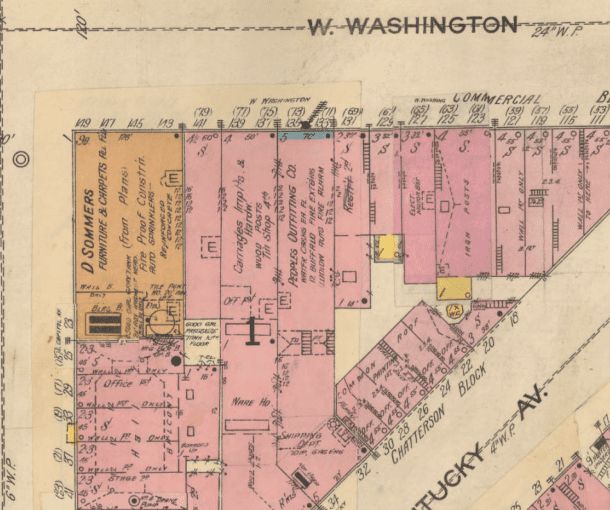 The Sommer’s Furniture store moved into the new building and were a mainstay of this block for just over 20 years. 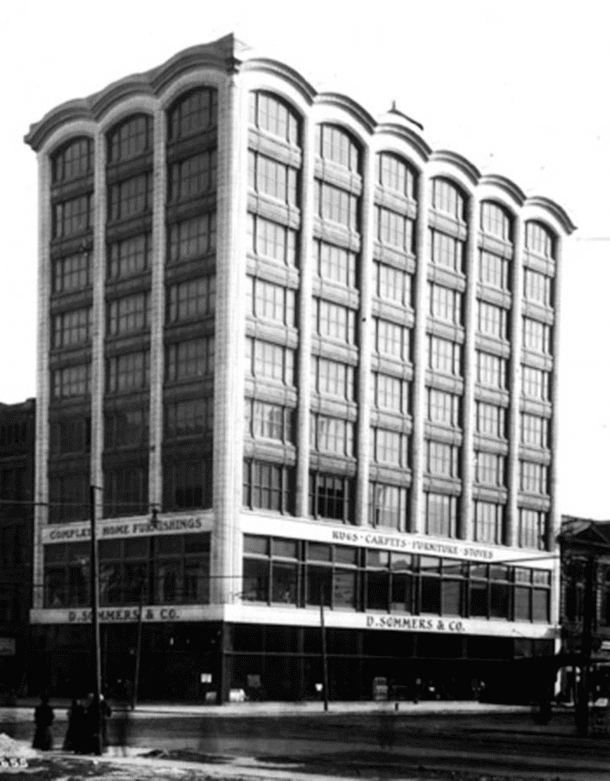 In 1910, a ghastly storm with 48 MPH winds damaged the electric sign Sommer’s was installing atop the building. The sign was repaired and rebuilt and became a familiar sight on West Washington for two decades. 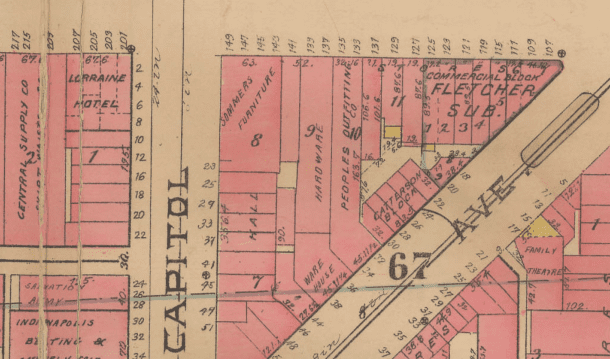 See the below photo from 1916, before the Lincoln Hotel was built where the Fletcher Savings & Trust stands in this photo and the hard-to-miss, towering signage of Sommers Furniture. 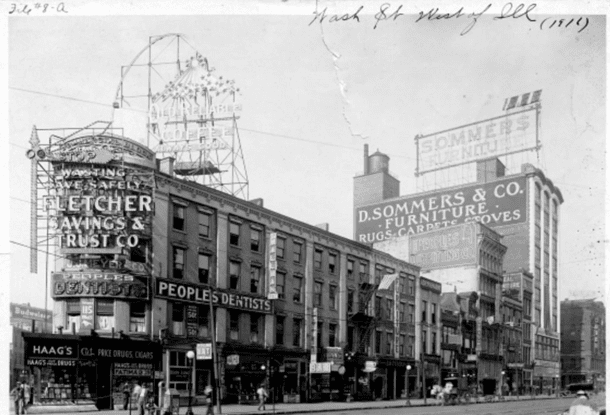 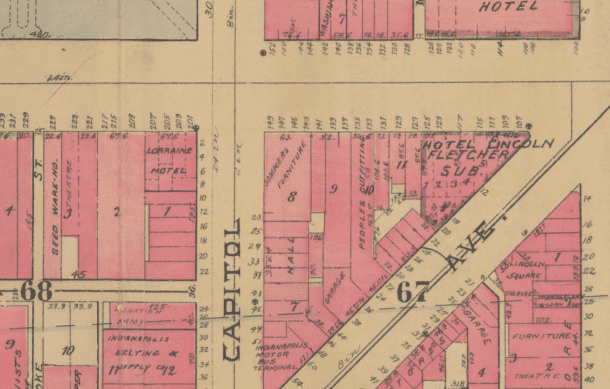 In April 1932, Sommers furniture company left their long-term perch at this corner and moved to Illinois Street. By 1935, People’s Outfitting moved a few doors west and assumed the main space of the building, as seen in the below Baist map from 1941. People’s Outfitting was originally a branch of a St. Louis Company.

This 1941 Baist Map shows People’s Outfitting on the corner of Washington and Capitol.  (Image: IUPUI Library)

In 1954, rumors surfaced that a parking garage might replace the Rubush & Hunter designed building. The People’s Outfitting Company were discussing a move to the 1100 block of Illinois to Meridian, after occupying space in West Washington Street since 1893.

In 1973, demolition of the entire block was underway, with construction of the new Hyatt Regency and Merchant’s National Bank was set to begin by August of 1974 and slated to open in 1976. The official groundbreaking took place in October 1974. 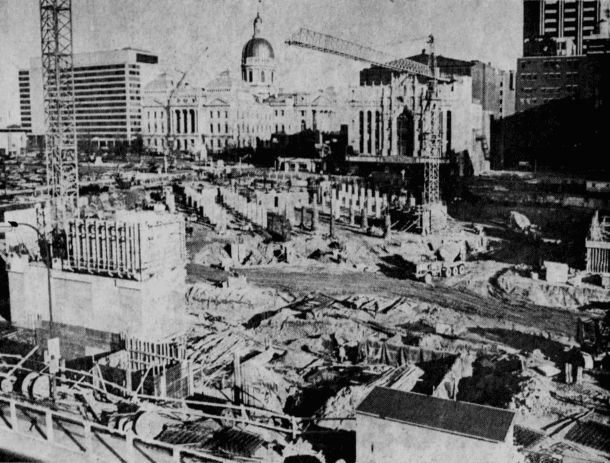 No remnant of any of the beautiful buildings that filled the four sides of this block remain. The Hyatt Regency gobbled up the entire block, and removed the first block of Kentucky Avenue from Indianapolis’ map. 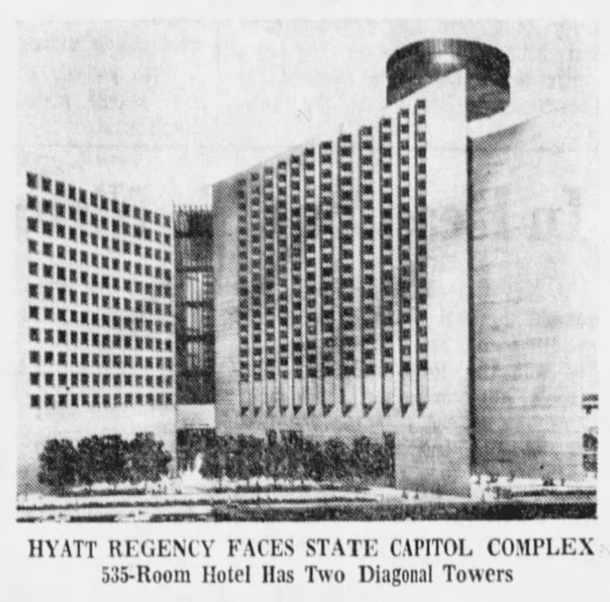