Looking north on Pennsylvania, decades ago

Historic Meridian Park is small but mighty in its vintage housing stock–which you can examine more closely this coming weekend, May 30 and 31, 2015, from 12-6pm.

Now and then, you may come across an old postcard featuring one of the beautiful old streets of Indianapolis, as is the case with the above image, looking north in the 3100 block of North Pennsylvania Street. It’s hard to discern with the increase in trees and foliage since the time of this postcard, some 100-ish years ago, but these homes are in fact, still there.  Sadly, the grassy esplanade that was originally down the middle of Pennsylvania Street has been removed.

Volunteers are still needed for the home tour (read: will work for free home tour ticket). More info on their website, linked above. 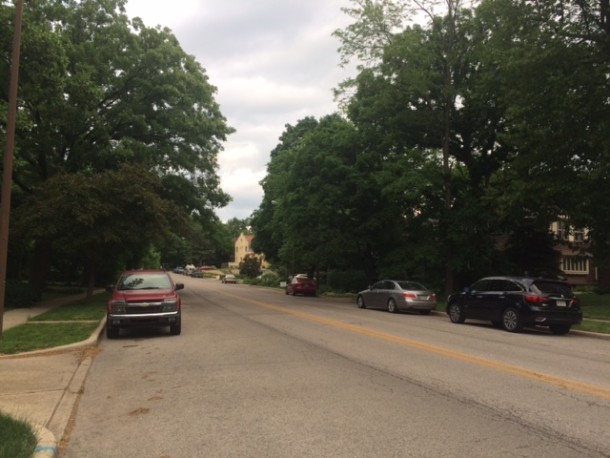 Looking north in the 3100 block of North Pennsylvania Street

The road does look just slightly curvier in the postcard image, but promise, this is the same part of the street. Check out the below image with the double gable, which was challenging to capture with all the trees. 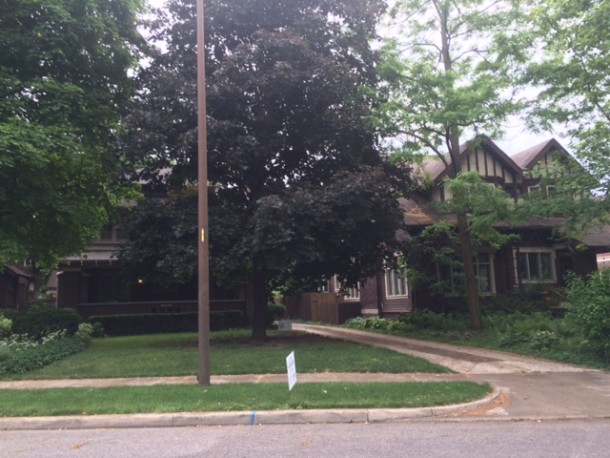 3100 block of North Pennsylvania in Historic Meridian Park, east side of the street

The parameters of Historic Meridian Park are 30th to 34th Streets, from Pennsylvania Street to Washington Boulevard. One of our neighborhoods you could feasibly take in within an afternoon!

The full rundown of this weekend:

TICKETS:      Tickets are available at eventbrite.com and select Marsh Supermarkets

The homes and gardens on the 2015 Tour of Homes are:

Proceeds from the tour, which is sponsored by the Historic Meridian Park Neighborhood Association Board of Directors, will benefit a neighborhood pocket park and neighborhood beautification. 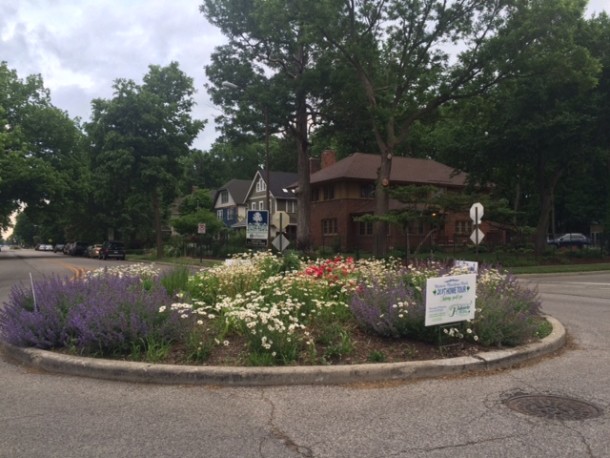 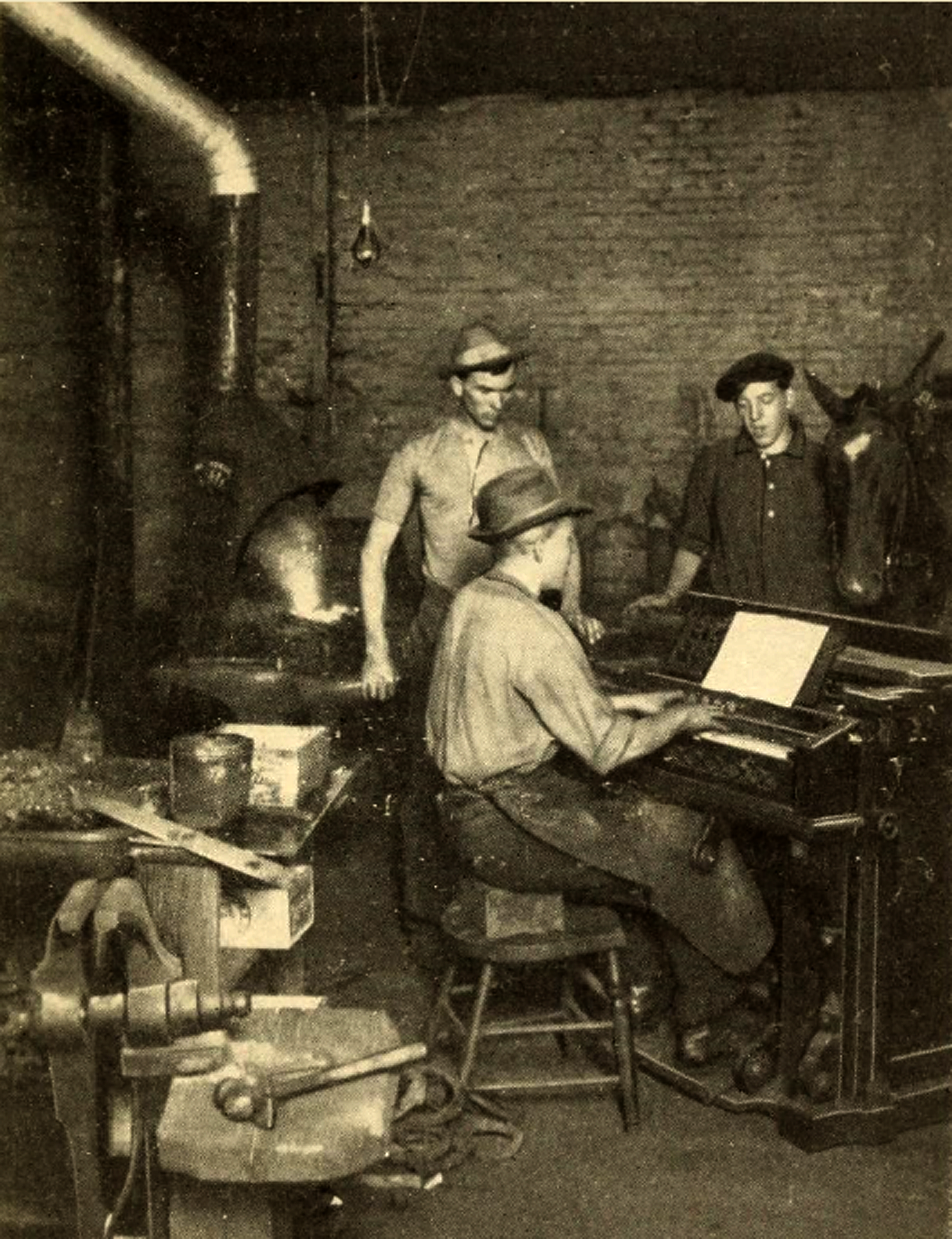