“Sharah Tefilla” translates to “Gates of Prayer,” and membership for this south side Jewish Orthodox synagogue was officially chartered in September 1882, though further south on Meridian. 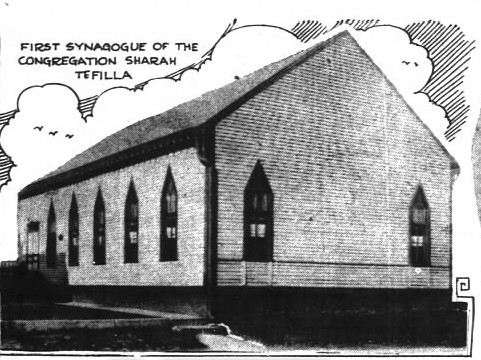 A number of Jewish communities and congregations were a key part of the culture on Indy’s south side.  What might be referred to as a “transitional” area today, the south side at the time, was less expensive, more industrial, and the human makeup of the area included Irish, German, and black settlers.

Sharah Tefilla was the first of the south side shuls, with meager beginnings in the early 1870s, characterized as little more than a prayer group. Monikered the “polische shul” due to many members’ Polish origins, for several years the congregation migrated through a number of rental spaces around the south side–for these purposes, “south side” means: between Morris Street on the south, Capitol on the west, Union Street on the east and Washington on the north. Frequently changing both spaces and rabbis in its earlier years, the congregation was by no means secure. But they were always on the south side.

When Sharah Tefilla membership was officially chartered and operating from its full-time South Meridian home, things stabilized. The congregation’s membership was made up of a number of immigrants from eastern European communities and regions. There were other synagogues in the neighborhood, and each differentiated by the national origins of their members.

In 1910, George V. Bedell was hired to design a new temple on the southeast corner of Merrill and Meridian. A solid brick structure with classic lines and ionic columns replaced the old, as the congregants moved further north, but still within their “south side.”

The congregation celebrated its 50th anniversary in 1932, and the tradition continued until 1966. 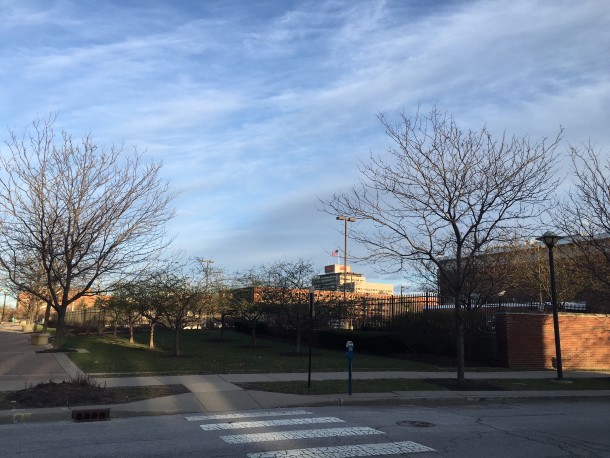 Now: What is left of the southeast corner of Merrill and Meridian Streets

Below, the 1915 Sanborn map, courtesy IUPUI Digital Collection, shows nothing behind the synagogue, and Merrill Street still goes through to Union Street, and beyond. 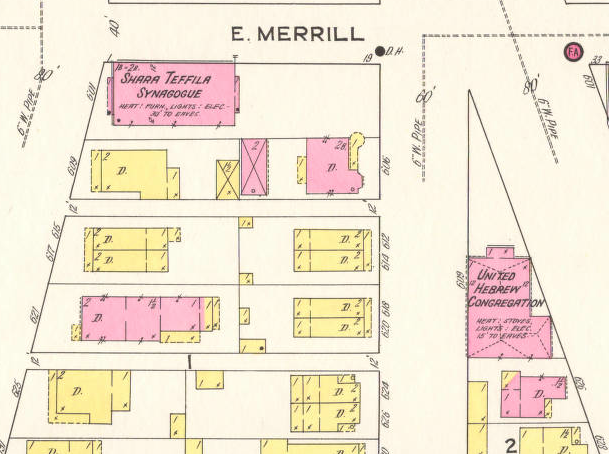 By 1956, the Harry E. Wood High School was behind the synagogue. 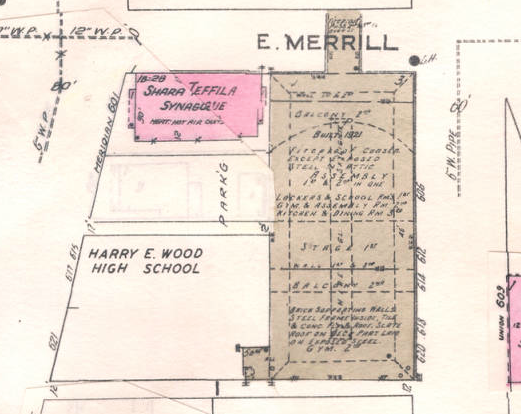 The large structure–also no longer standing– can be seen in the background in of the “Then” image above. Sanborn map, 1956, courtesy IUPUI Digital Archives

The congregation merged with two other congregations in 1966, becoming part of the New United Orthodox Hebrew Congregation, located at 5879 Central Avenue. The closing service was held at 1pm on Sunday, February 13, 1966.  We may infer that the school adjoining the property acquired the relinquished building, since the following classified ad appeared on June 17, 1966. 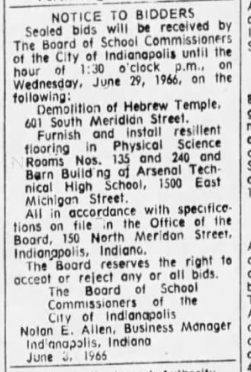 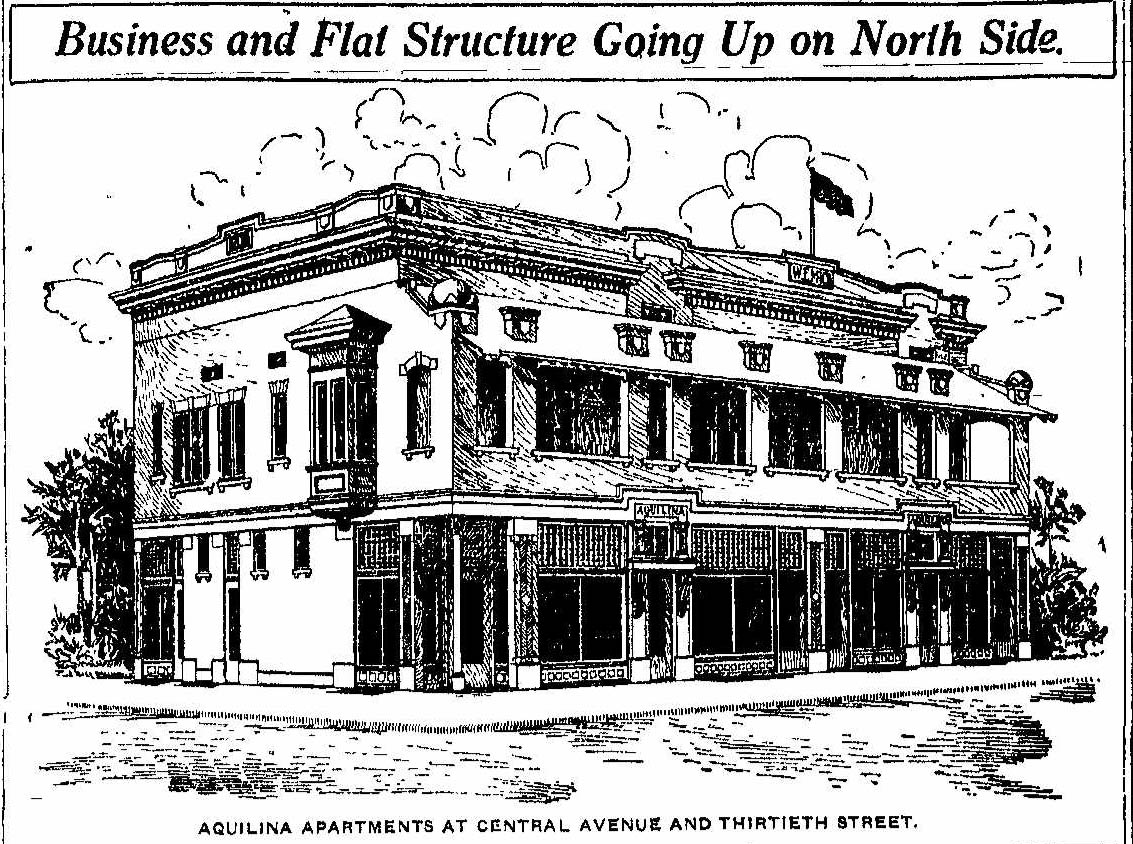 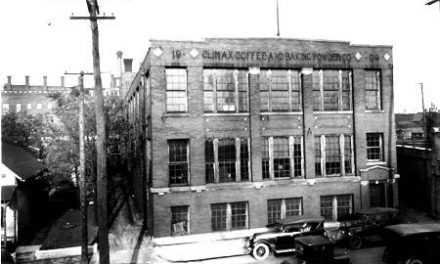