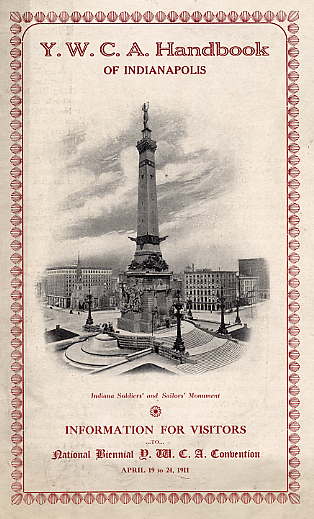 A mere 4 days after the sinking of the Titanic, commenced the 5-day “National Biennial Y.W.C.A. Convention,” for which I have an “Information for Visitors” guide. I can only presume that ladies convened from all over the country (“national” does typically denote that, does it not?) and wonder if any attendees had relatives on The Titanic? Were there headlines plastered all over downtown like in New York?Either way, this “Handbook,” is a fascinating glimpse of our fair city, with interesting information and “points” as well as a few photos. 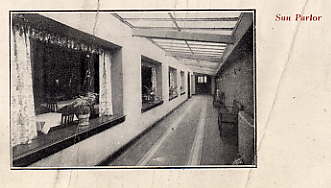 The Sun Parlor within the YWCA Building

Though it’s not in the same location, The Propylaeum is mentioned in the booklet. (Particularly since “Last Dinner on the Titanic” will be taking place at the current Propylaeum on November 13, 2010 (final reservation deadline this Friday, November 5th). Don’t miss your chance to join members of the Hoosier Chapter of the Victorian Society in America for this once-in-a-lifetime event!

What the booklet says about The Propylaeum: “The Propylaeum is headquarters of women’s club life of the city. It was the first club building of its kind built by women in the United States. The Propylaeum is on East North Street, between Pennsylvania and Meridian Streets.” 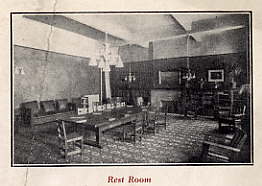 A “Rest” Room…guessing the meaning has evolved since then… 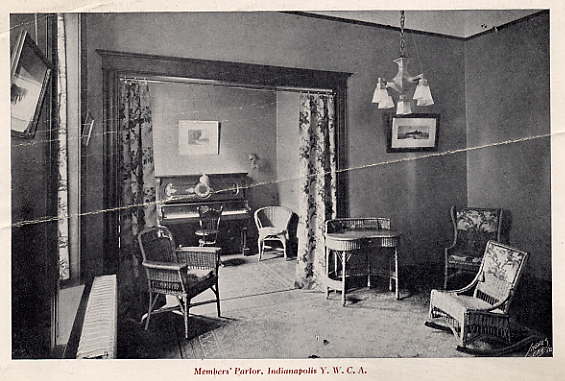 Points About Indianapolis from this handbook:

*22 Million people, one-fourth the population of the United States, live within 300 miles of Indianapolis and can reach the city in eight hours…Residents of 84 counties of the 92 in Indiana can visit Indianapolis and return home the same day.

*The city area is 31 square miles

*The number of young women in Indianapolis is 40,000 and of this number 15,000 are employed in stores, offices, factories and similar places.

How do you think you would have liked touring Indianapolis in 1911? 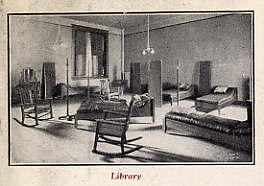 A picture in the handbook of Mass Ave. 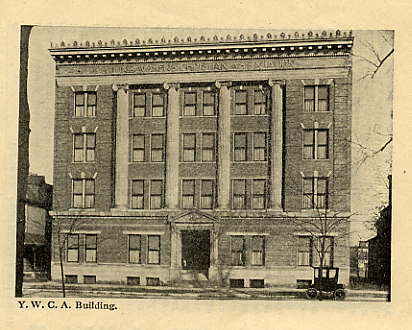 Exterior of the YWCA Building 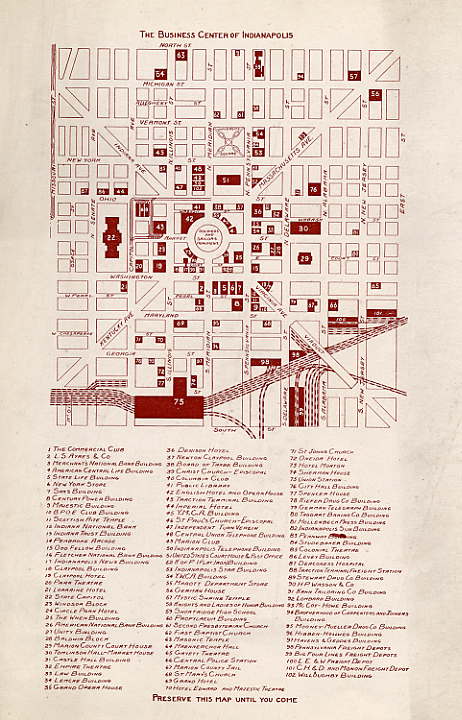 This is a great tool and quick reference for researching buildings of the time. 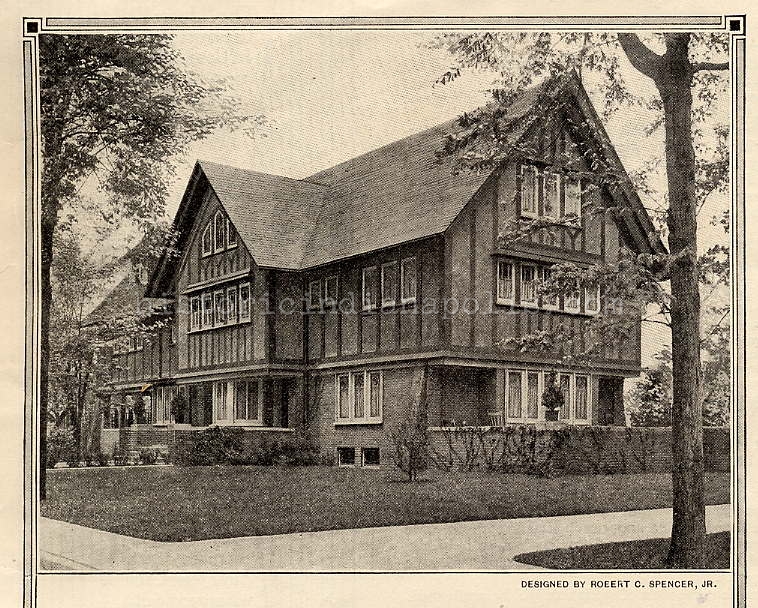