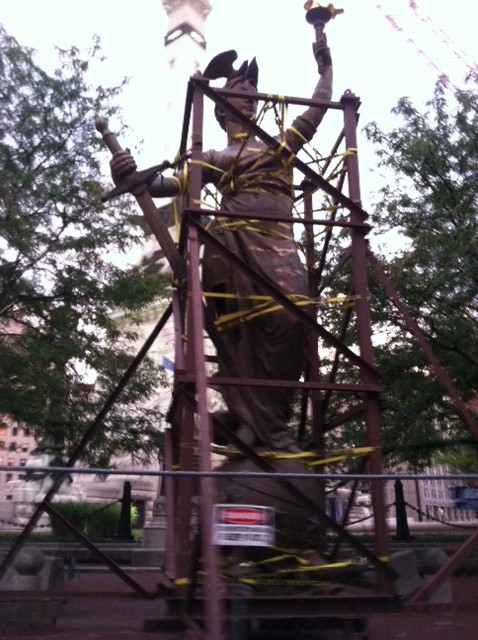 We all know and love her: Miss Indiana, Lady Victory, Lady Indiana–but if you want to be authentic about it, the truth is, her name is simply  “Victory.” She gives us all someone to look for when we’re downtown. She’s our beacon in the harbor, our mascot, our touchstone. From an undated article about one John Dransfield, a former sculpture model (who incidentally, also owned a tavern on South Meridian Street from 1917 until he retired), we learn that a young lady with “blonde hair and a sunny disposition…I believe her name was Louise Brunch,” served as the model for beloved Victory. 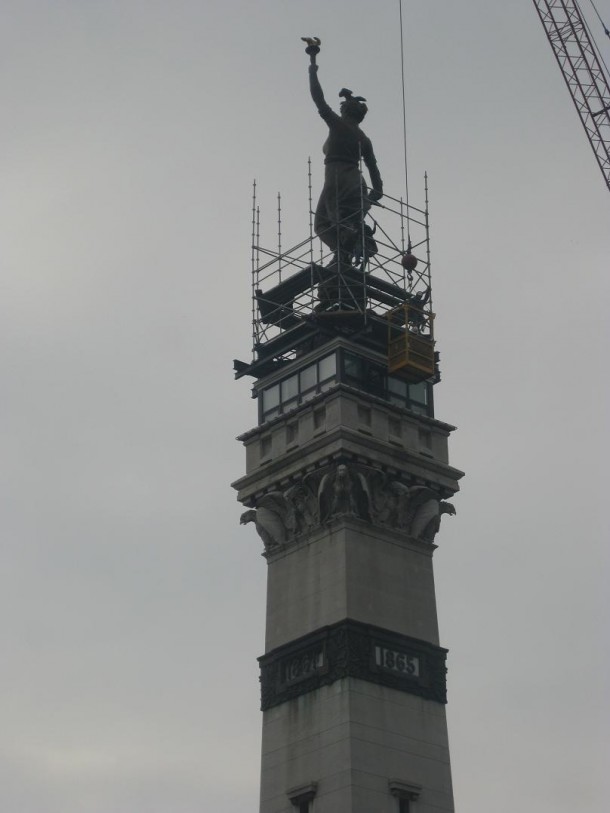 View from top floor of the Columbia Club during the 2011 State Preservation Conference in May.

All those months of staring at a naked spike, quite a disarming view, considering the one we all know and love. How many times have you passed under her watchful eye, or wandered around her round plaza. One can only imagine all she has seen from her vantage point in the past 110 years. At least where Victory is concerned, what happens on the Circle, stays on the Circle. Who isn’t looking forward to opening up the space surrounding her again? Favorite lunch/date/photo spot is soon to be restored! 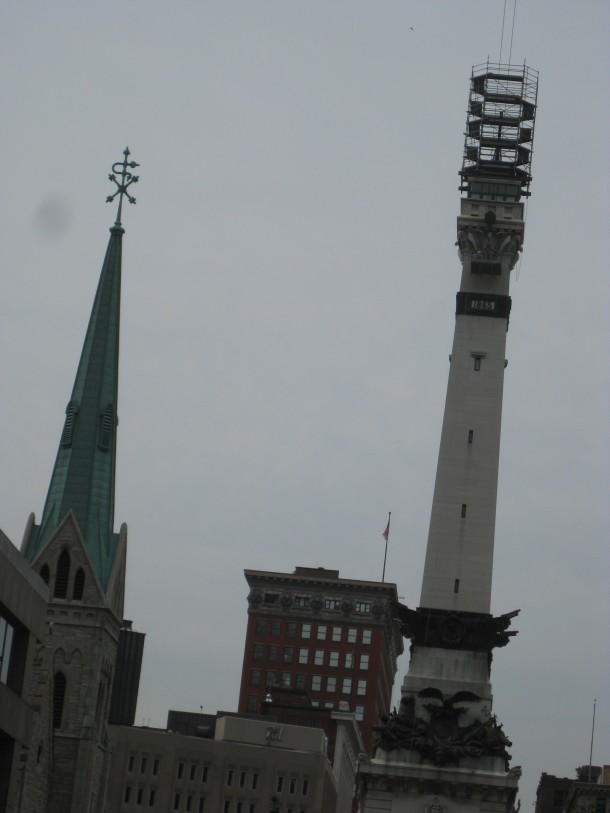 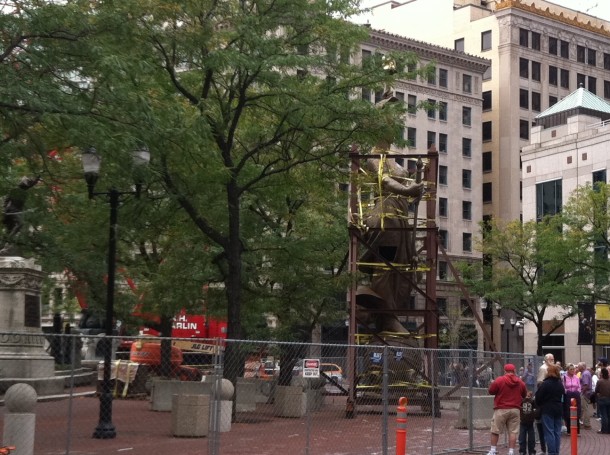 She awaited at street level for days upon days…throngs of visitors coming to get a closup look for themselves.

Who felt teased by Victory, awaiting her ascension?  “Blasted winds,” she mused. “I just want to go home.”

One early story, oft repeated about Victory’s maiden voyage to her home in the heart of our city and one-time top of  our sky, reported that a gust of wind rudely whirled and pushed her into the side of the monument, causing the loss of a finger. Furthermore, it was reported that a workman noticed and took the finger home with him, cutting it into small pieces to make rings of them. In 1957, Monument Superintendent Orion Norcross asked monument workman John Grant of 2320 North Delaware to look into this assertion. When John returned from a trip to Victory’s breezy perch, he reported no evidence of a finger having been broken off.  A 1961 article further explained about what monument workmen did. “At intervals, workmen go inside the statue, reaching the interior through a trap door (might that explain the odd square missing piece we all recently noted?) They scrape away the rust and tighten up her iron skeleton. Lightning seems to be attracted by the statue because on each visit her ‘doctors’ find a few holes where daylight shines through. They plug in a chunk of lead or copper and flatten it on both surfaces and she’s as good as new.” 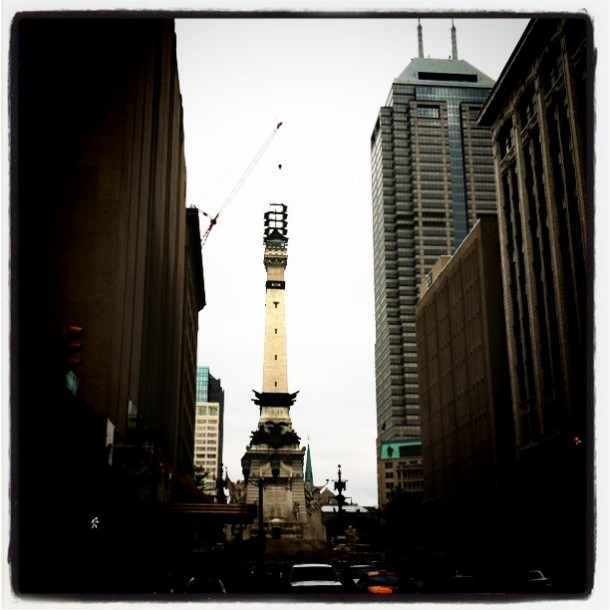 September 10, 2011- awaiting the return of Victory

And finally, returned she was, to her pedestal 246 feet and 6 inches up. Adding her buxom 38 foot frame to the monument, puts the total distance from street to Victory’s top at 284 feet, 6 inches. She also reportedly weighs 17 tons–seems height/ weight proportionate, but still…that’s a whole lotta woman!

What a relief to finally free Victory! She can leave the days of cage dancing behind her and look ahead to many more decades standing vigilant watch over our fair metropolis. Long may she reign! 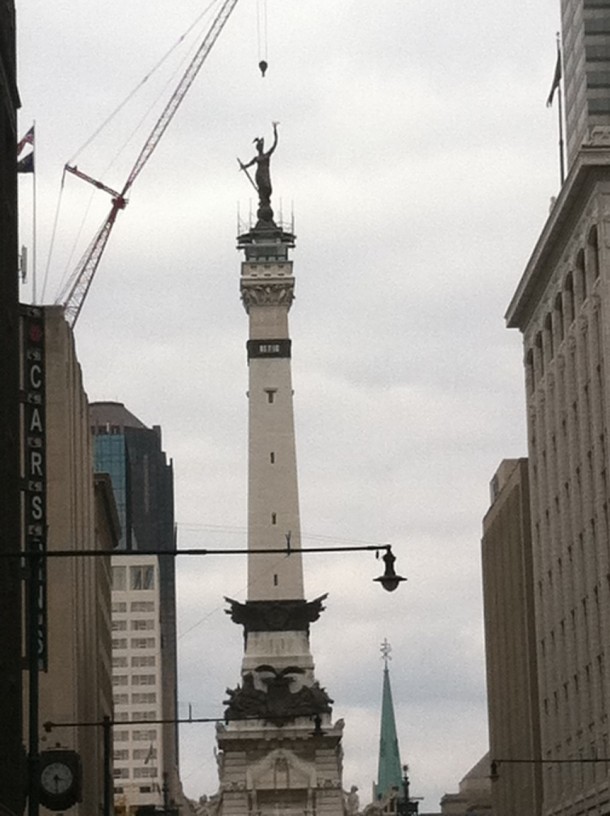 As of October 13, the cage was coming off! 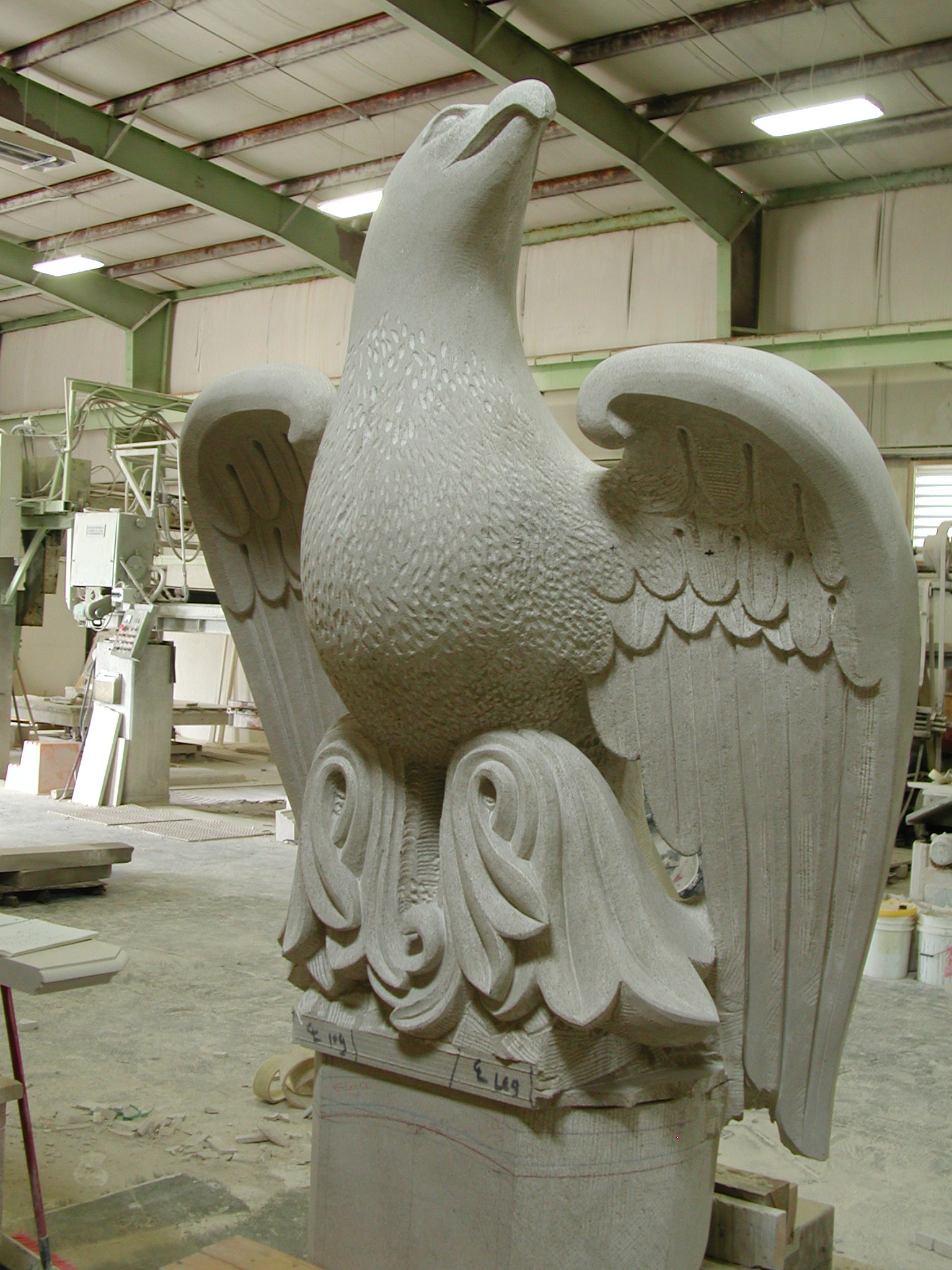 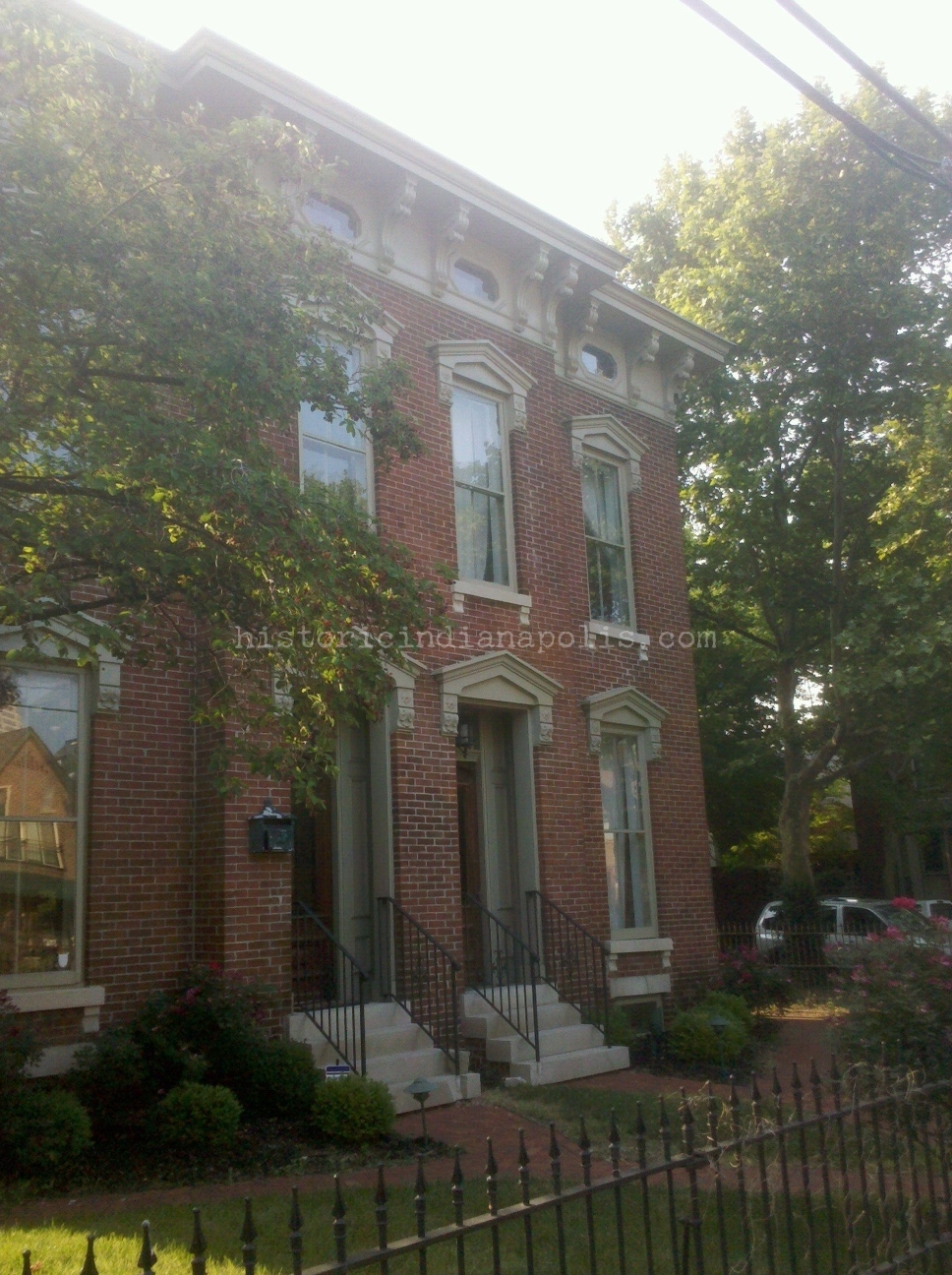 Next time you pass Lockerbie on East 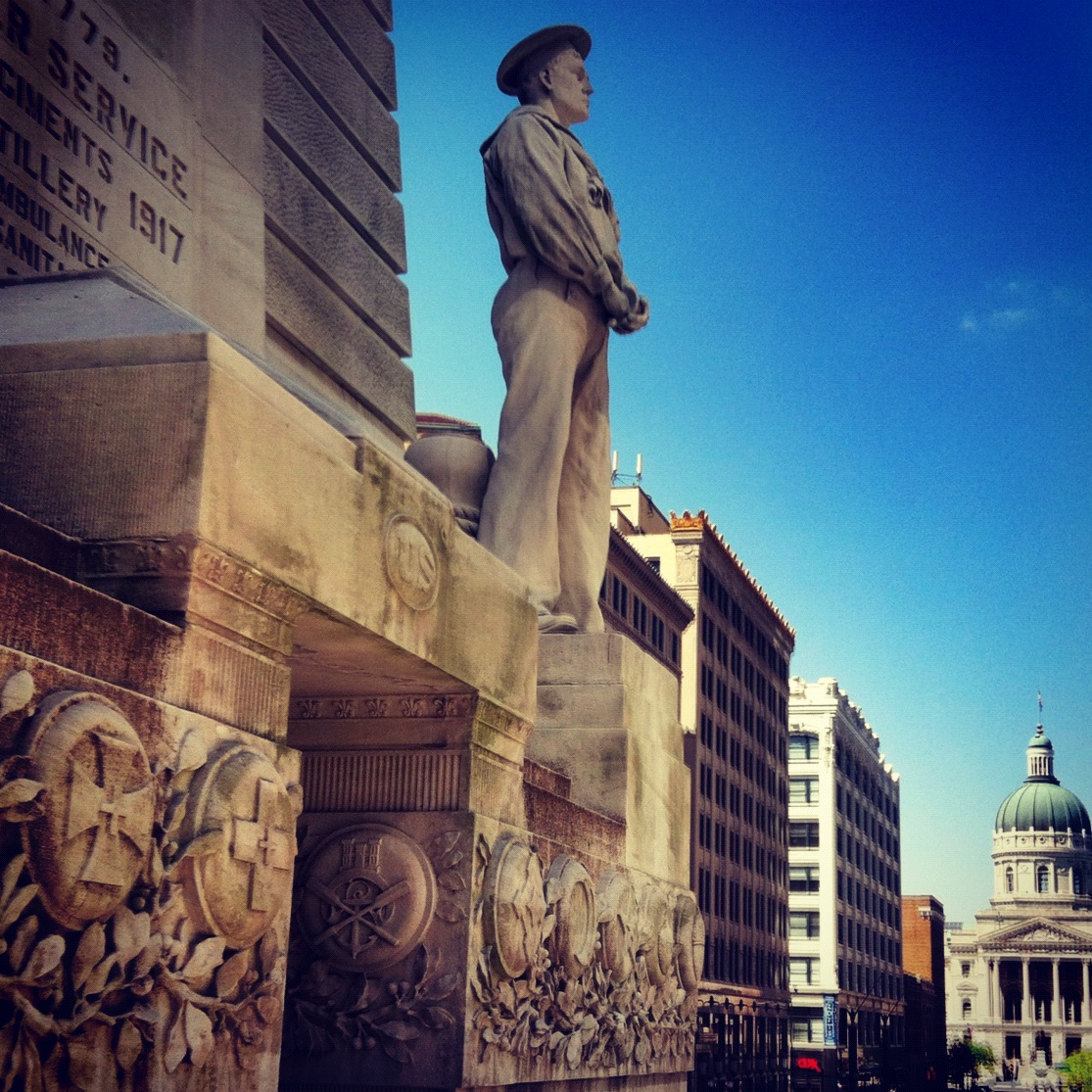 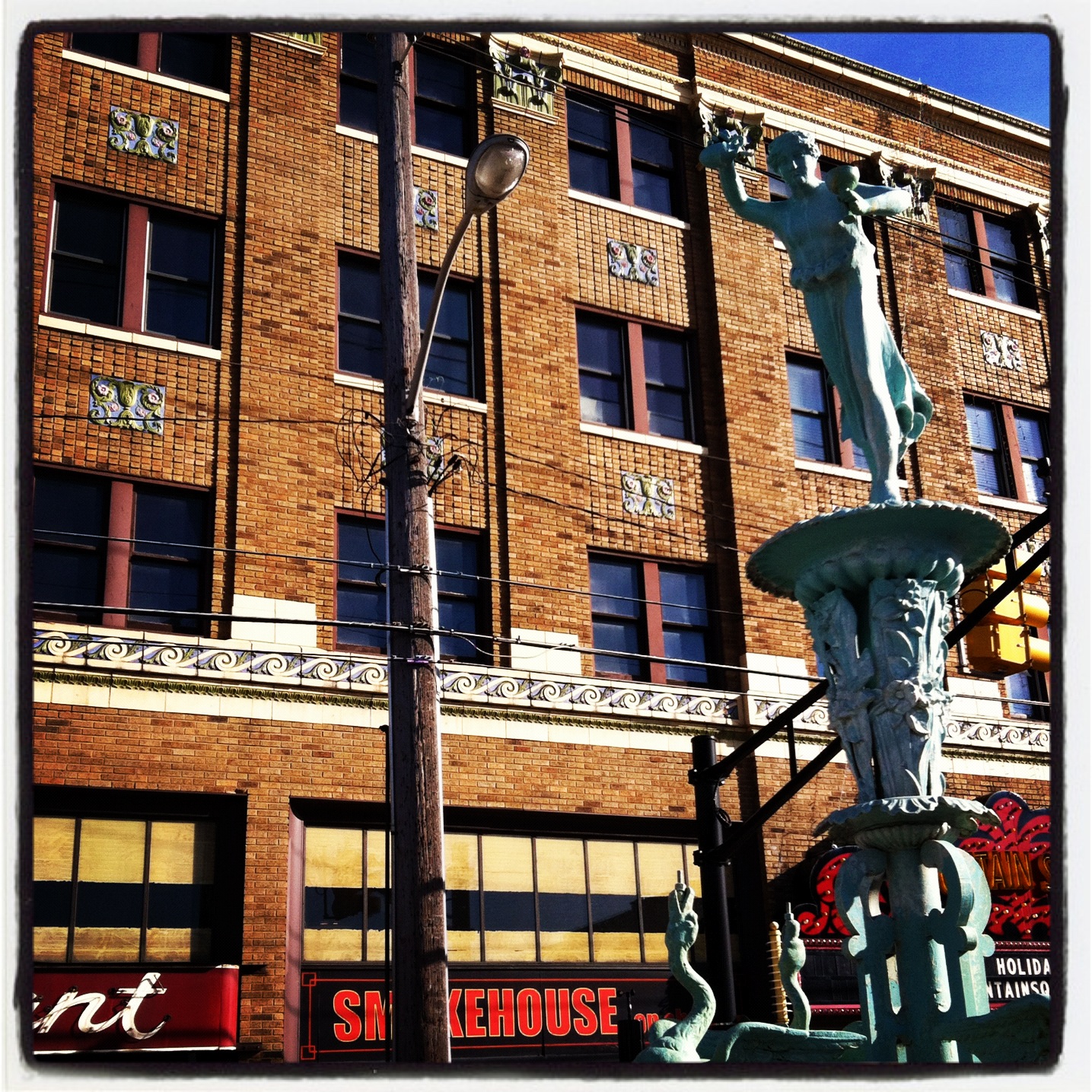