When Michigan Road was the main thoroughfare that connected Lake Michigan with the Ohio River, the Aston Inn, owned by George Aston, was an important location for travelers who sought lodging along the route. Aston was born February 6, 1811. He died October 25, 1886, and is buried at Crown Hill Cemetery.

He built the Inn along the Michigan Road in 1852 as a stagecoach stop. It was also the last stop on the road for people riding cattle to the Indianapolis stockyards. 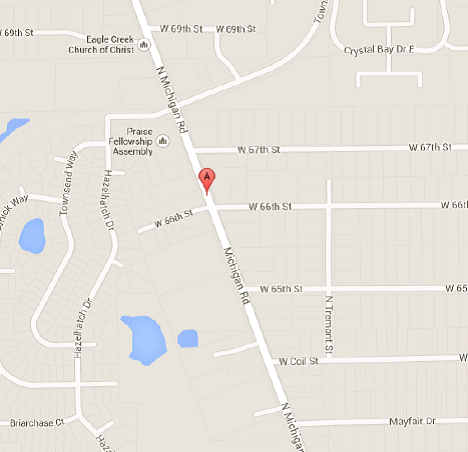 In addition to running the inn, Aston built a reputation for being a fun, entertaining and unconventional person. He often made trips to Eagle Village in Boone County with his black horse named George. Aston would run the horse in the middle of the street and do circus tricks for hours for all the townspeople. According to others, he was also known as somewhat of a bully who would never hesitate to get in a fight.

What’s in a Name: Spruance Basin