Location: West Washington and Harding Streets
Named for Herman Lauter, Furniture manufactuer
The former home of the H. Lauter Company is now condominiums on the city’s near westside.

Herman Lauter was a successful furniture manufacturer who founded the Lauter and Frese Furniture Factory, which later became the H. Lauter Company, at the corner of Washington and Harding Streets.  It was the largest furniture company in the city at the time and made an extensive line of office desks, ladies’ desks, center and dressing tables, art dressers, chiffoniers, washstands and music stands. 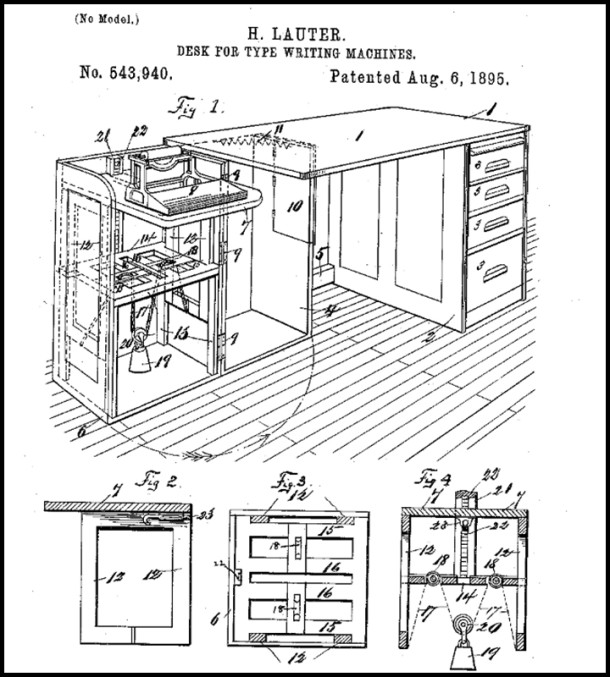 Lauter was born near Berlin, Germany and moved to America just before the Civil War.  He was robbed on the trip over, landing in New York with no money.  Having already learned the trade of wood carving, he began making small pieces of furniture and delivering them to customers on his back.  He arrived in Indianapolis around 1880 and started a furniture company on Meridian Street.  When his original company was destroyed by fire, he opened another company on Massachusetts Avenue, but it, too, was destroyed by a fire.  He then opened another shop at Washington and Harding streets, where the condominiums stand today. 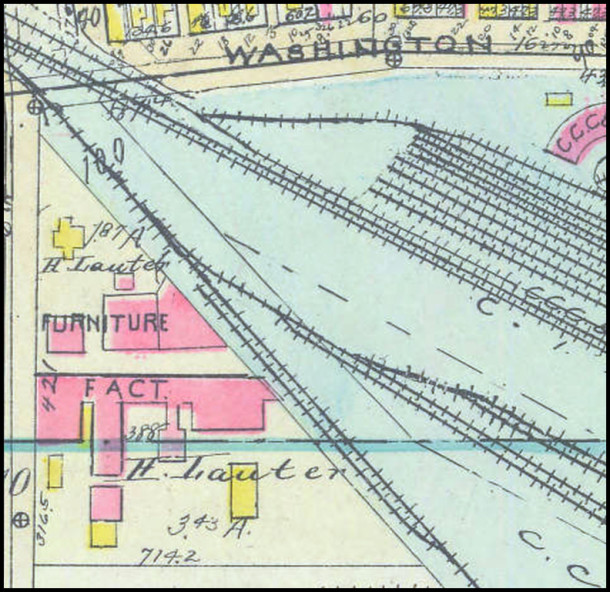 H. Lauter factory on the 1927 Baist Atlas of Indianapolis

In addition to his successful furniture business in Indianapolis, he was an active civic leader and worked with John Emmerich–the name behind Emmerich Manual High School– and helped make manual training part of the local high school curricula.