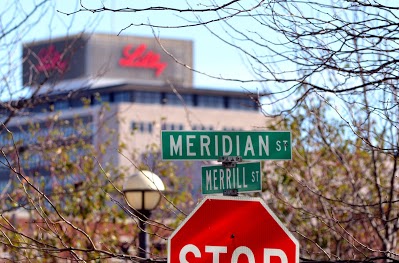 Merrill was born October 29, 1792 in Peacham, Vermont, to Jesse and Priscilla Merrill, who both hailed from Haverhill, Massachusetts.

He first attended Dartmouth College, but left to study law in York, Pennsylvania. In 1816, he moved to Vevay, Indiana, where he married Lydia Jane Anderson in 1818. She was also from his hometown in Vermont. The couple would go on to have children including Jane, Priscilla, Catherine, Julia, Samuel, Sophia, Mary, Anna Marie and James.

In Vevay, Merrill was admitted to the Indiana bar in 1817, and then began his political career, serving in the Indiana General Assembly from 1819 to 1822. In 1822, he was elected as Indiana’s second State Treasurer, and moved to the (then) state capital in Corydon.

As the state capital prepared to move to Marion County, the new capital’s name was under debate. Merrill suggested the name “Indianapolis,” although Jeremiah Sullivan is generally credited with choosing the name. In 1824, the Treasurer supervised the 11-day move of state documents and currency from Corydon to Indianapolis. He served as treasurer until 1834, making him the longest-serving state treasurer in Indiana history. 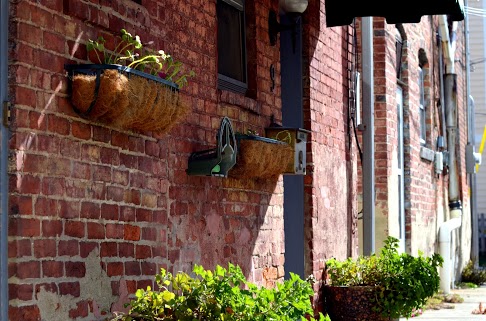 When the State Bank of Indiana was chartered in 1834, the state legislature appointed Merrill as its first president. He organized the bank and opened branches around the state, serving in this role until 1843. In 1844, he took the helm of the Madison and Indianapolis Railroad, one of the first trains to enter Indianapolis.

During his first summer in Indianapolis, he responded to the need for schools by offering to teach. He taught classes in a log cabin, in the Methodist Church on Maryland Street between Illinois and Meridian streets. His wife Lydia died in 1847. In 1849, he remarried Elizabeth Young in Jefferson County.

He wrote and published the Indiana Gazetteer, starting in 1850. That same year, he bought “Hood and Noble’s Bookstore” and changed the name to “Merrill Publishing Company,” which would later become Bowen-Merrill, and finally, Bobbs-Merrill.

He was a founder of the Young Men’s Literary Society, served as president of Indiana Historical Society, Indiana Colonization Society and the Indianapolis Temperance Society. He also served as an early trustee of Wabash College.
Merrill was one of the first parishioners of the Second Presbyterian Church, which was organized by Henry Ward Beecher.

Samuel Merrill died August 24, 1855 in Indianapolis, and is buried at Crown Hill Cemetery.

His daughter Catherine also became a distinguished member of Indianapolis society. In her father’s footsteps, she started a school for local children. In 1859 and 1860, she traveled to Germany with her younger siblings and wrote letters that were published in the Indianapolis Journal. She continued teaching in Cleveland, Ohio and in Crawfordsville, Indiana, and then was appointed as an English professor at Northwest Christian University–now Butler University.

Hers was the first endowed chair at an American university designated for a female professor. She is recognized as the second female professor in the United States, behind a professor at Vassar College. She was a close friend of naturalist John Muir, who lived in Indianapolis in 1866-1867. She took care of him when he temporarily lost his vision in an accident, and Muir wrote a tribute to her: “Words from an Old Friend,” upon her death in 1900. 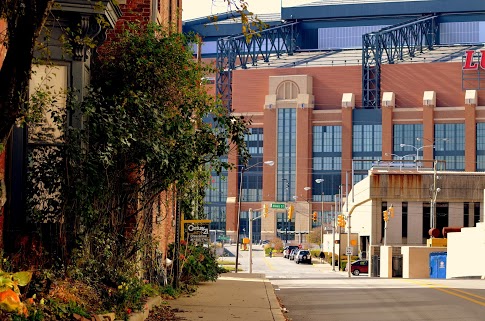