What’s in a Name: Nowland Avenue 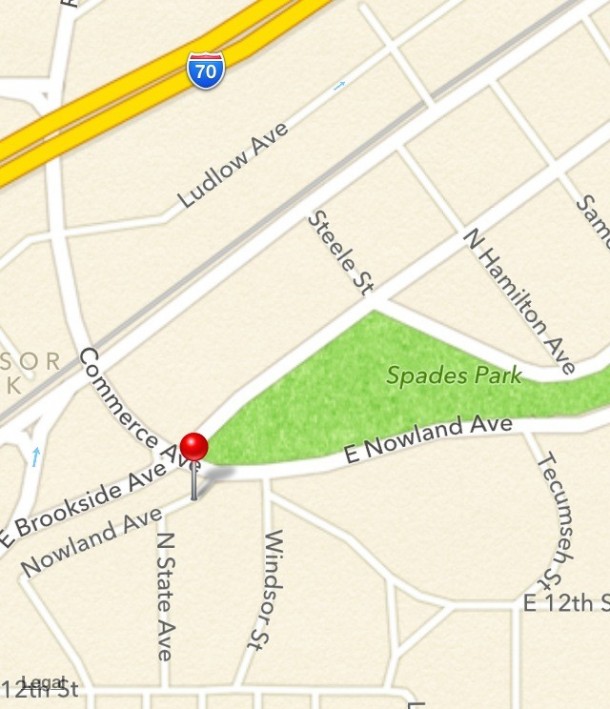 His father, Phillips Nowland, established and edited the Manchester (England) Chronicle, who counted Thomas Paine as a frequent contributor. Phillips was very sympathetic to the cause of the colonists and championed their efforts in England. After the war, the Nowland family moved to America, landing in Philadelphia, but eventually settling in Dover, Delaware where Matthias was born. Around the same time, Phillips was a VIP at the inauguration of George Washington as the nation’s first president.

When his wife Elizabeth died, he moved to Kentucky. He eventually went to Texas to fight against the Mexicans, but was taken prisoner by the Mexican army and executed on the plaza in Mexico City. Another son, John R. Nowland was killed alongside Davey Crockett at the Alamo while trying to avenge his father’s death at the hands of the Mexicans. 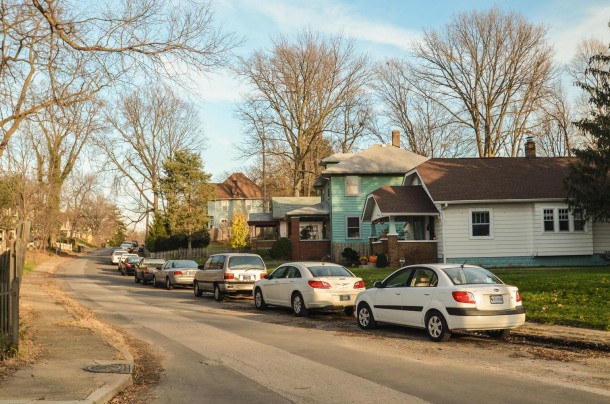 Matthias was on his way to Illinois from Kentucky and passed through Vincennes in early 1820. At the time, the state was preparing to select a new state capital in the center of the state and appointed 10 commissioners to complete the job. Matthias was convinced to come along. Upon arriving in Indianapolis (following the White River), Matthias, who was not a commissioner, apparently recommended the confluence of Fall Creek and the White River as the ideal place for the capital. He promised to go back to Kentucky and permanently move his family to Indianapolis and encourage his neighbors to do the same. He followed through on his promised and moved the family in November 1820.

Matthias was the first brick maker in the new city and also opened a tavern on Washington Street between present day Missouri and West streets. In fact, the first sale of plats in Marion County were held there on October 8, 1821. Matthias was also tasked with selecting the site of the city’s first cemetery along with fellow settlers James Blake and Daniel Shaffer. Ironically, Shaffer died about a week after selecting the site and was the city’s first interment. Nowland himself would join Shaffer in the cemetery when he died November 11, 1822, leaving his widow and several children including John H.B. Nowland, who was only nine. 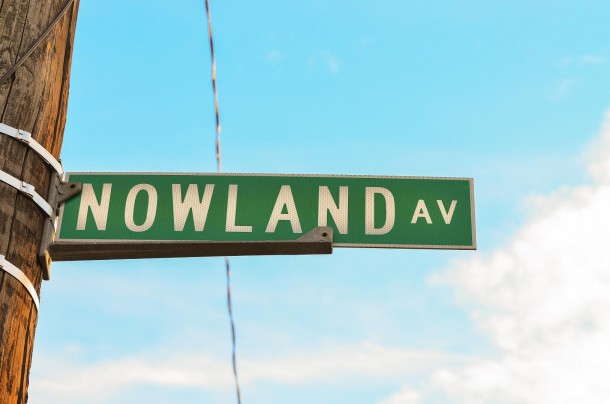 John was born October 12, 1813 when the family still lived in Frankfort, Kentucky. His maternal grandfather was a captain in the Virginia militia during the Revolutionary War.

John came to Indianapolis with his father and was the last member of the family to arrive on November 4, 1820. In Indianapolis, he attended the first school and the first Sunday school. He grew up in the young city and later went to college at Indiana University where one of his classmates was future Governor James Whitcomb. At age 19, to he served as private secretary to Jonathan Jennings, the first governor of Indiana and a seven-term Congressman.

As an adult, he was appointed to a position in the administration of President John Tyler and moved to Washington for seven years, where he was a popular contributor to the Washington Star. While in Washington, he was a contemporary of Daniel Webster, John Calhoun, Henry Clay and other luminaries of politics.

In 1840, he married Amelia T. Smith at the Christ Church, making it the first church wedding in Indianapolis. Her father, Justin Smith, owned the first wholesale house in the city. Her great-great grandfather was president and the oldest member of the King’s Council in Massachusettes.

He eventually moved to a home along Washington Street, between Meridian and Pennsylvania streets, the third brick house built in the city. They also brought the first keel boat to Indianapolis which brought supplies to the city via the White River. Eventually they moved to what is presently Dearbon Ave. on the near eastside. He died August 1, 1899 having seen the city grow from three log cabins to a thriving metropolis. 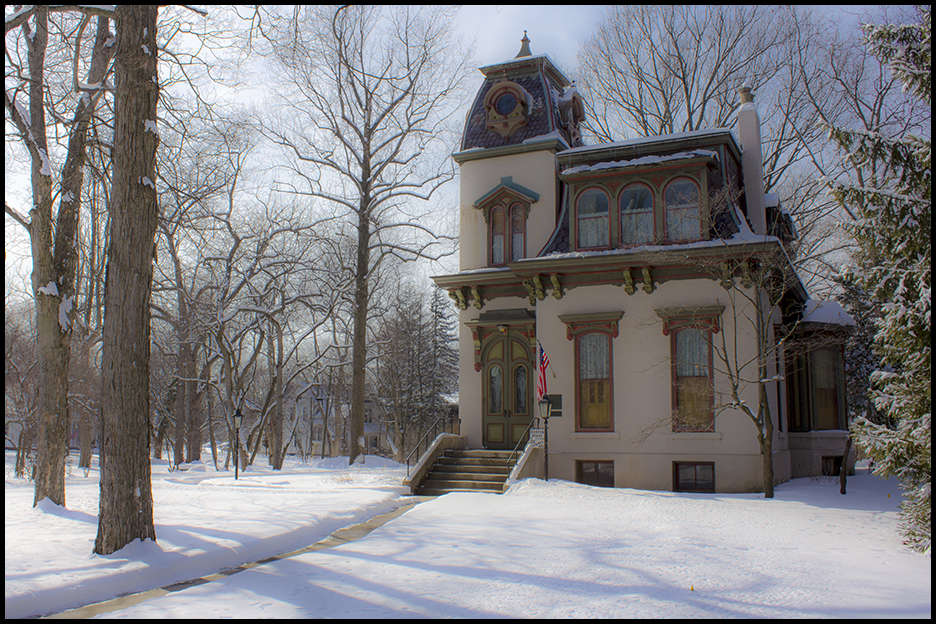 What’s in a Name: Benton House