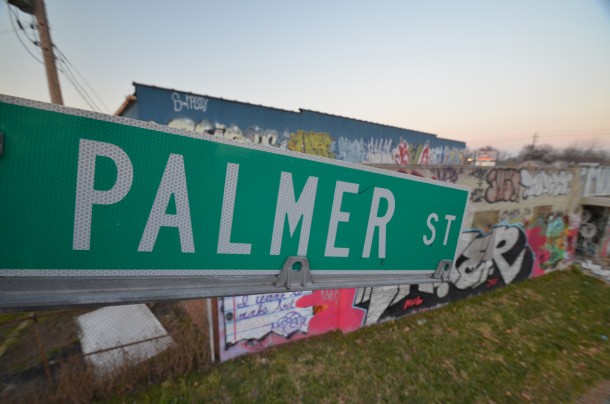 Nathan Palmer owned and developed much of the land in the area around present day Palmer Street.   He was one of the most prominent Indianapolis and state citizens of his time.

He was a presidential elector for Indiana in 1832 and then was elected Indiana State Treasurer, serving from 1834 to 1841, succeeding Samuel Merrill.

While serving as treasurer, he moved to Indianapolis where he solidified his reputation as prominent business leader and politician. He ran for Congress representing the Indianapolis area in 1841, but lost to former Governor David Wallace.  He later served as chairman of the Indiana Democratic Party.

In Indianapolis, he was known for building and operating the Palmer House, one of the city’s finest hotels, from 1844 to 1851 and owned several other buildings around the city.  He also was one of the principal builders of the Madison & Indianapolis Railroad, which was connected to the city in October 1847.  He would late serve as canal commissioner, and an Indianapolis city councilman and in other minor offices.