What’s in a Name: Spruance Basin

Raymond Ames Spruance was born in Baltimore, Maryland on July 3, 1886, to Alexander and Annie Spruance, but grew up in Indianapolis. He graduated from Shortridge High School and went on to the U.S. Naval Academy, graduating in 1906. He advanced quickly through the ranks, becoming an admiral in 1944.

During World War II, he was commander in the Pacific Theater. Right before the famous Battle of Midway, famed Admiral William Halsey was preparing to led he battle, but was hospitalized with psoriasis. Halsey recommended to Chester Nimitz that Spruance replace him. 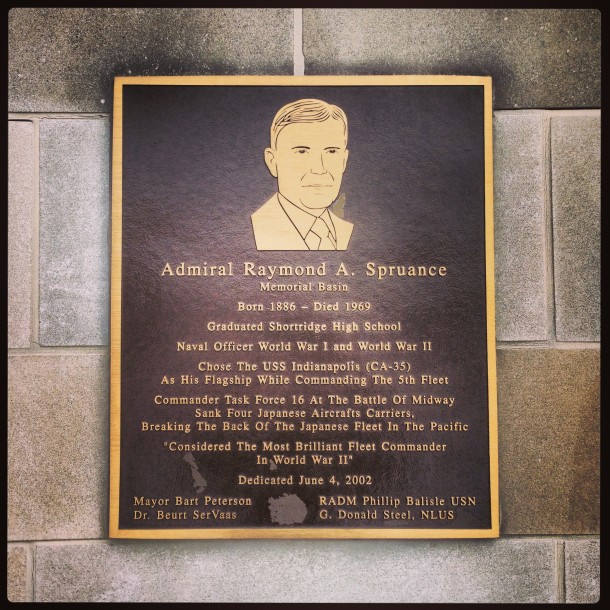 Spruance commanded US Naval Forces during the battle, which was the first major victory for the United States over Japan and is considered by many a turning point of the Pacific War. He also commanded naval forces at the Battle of the Philippine Sea, another significant victory for the U.S. He later was Chief of Staff and Deputy Commander in Chief of the Pacific Fleet.  In mid-1943, Spruance was given command of the Central Pacific Force, which became the United States 5th Fleet in April 1944.

From 1943 through 1945, with USS Indianapolis as his flagship, Spruance directed the campaigns that captured the Gilbert Islands, Marshall Islands, Marianas, Iwo Jima, and Okinawa. He replaced Fleet Admiral Chester Nimitz as Commander in Chief, US Pacific Fleet and Pacific Ocean Areas in November 1945. 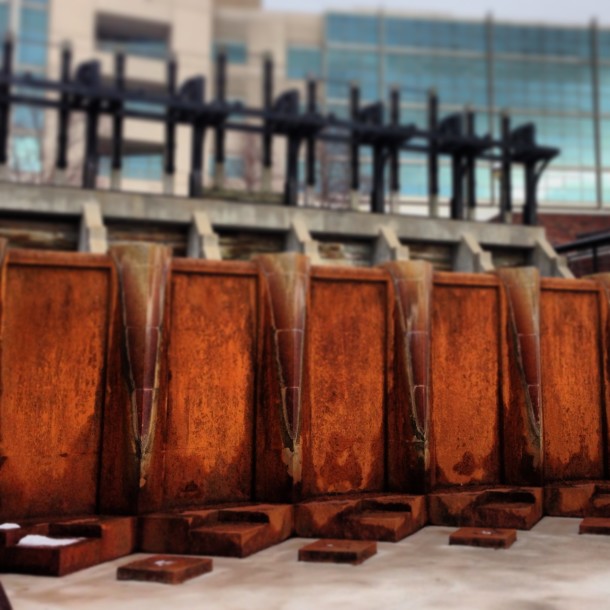 After the war, Spruance was appointed President of the Naval War College, and later served as American ambassador to the Philippines from 1952 to 1955. He died in Pebble Beach, California on December 13,1969, and was buried next to his wife Margaret Dean and several other Navy admirals, including Nimitz, who agreed to be buried in the same area.

For many years, the Navy produced a Spruance-class destroyer, named in his honor.