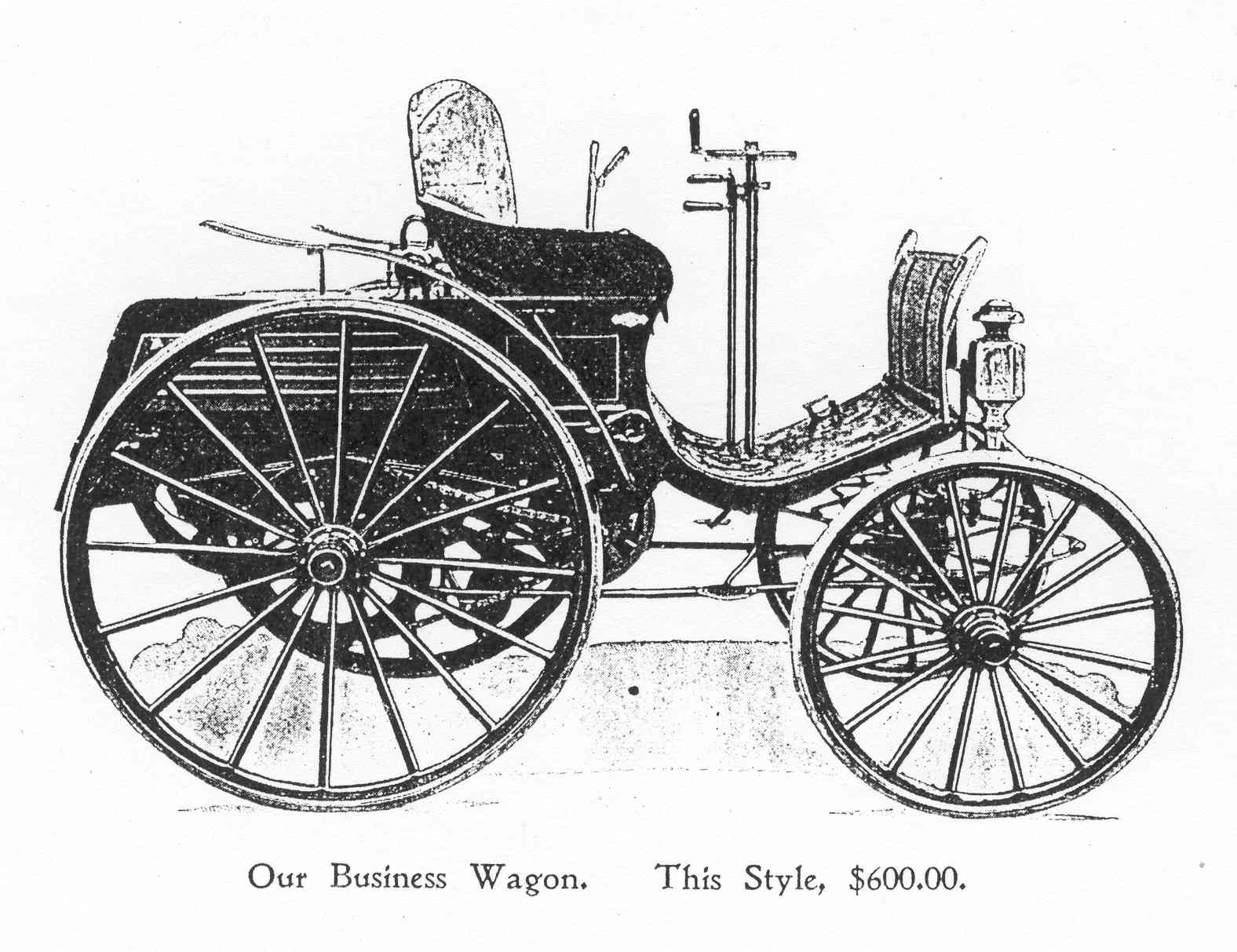 Working as an Indianapolis carriage builder, Charles H. Black helped to herald the entry of the self-propelled motor wagon into Indiana.  It has even been speculated that he may have built Indiana’s first automobile in 1891.  Unfortunately, no contemporary newspaper accounts of the time exist to corroborate this claim.  Elwood Haynes of Kokomo, Indiana, is generally accepted as one of the first to demonstrate a gasoline-powered automobile in America on July 4, 1894. 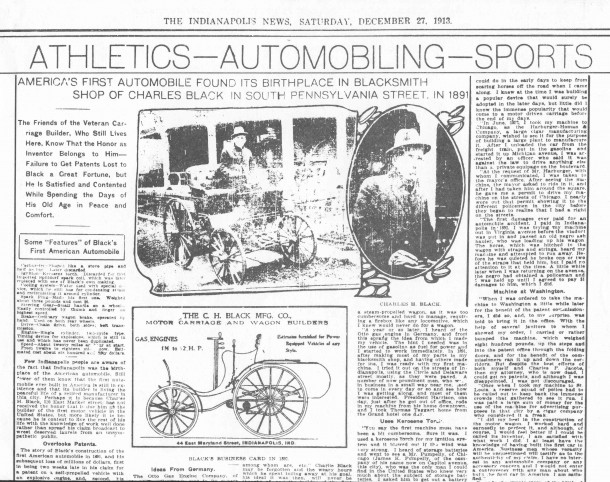 Black asserted in an article in the December 27, 1913, issue of the Indianapolis News that “In 1891, after making most of my parts in my blacksmith shop and having others made for me, I was ready with my first machine.  I tried it out on the streets of Indianapolis, using the Circle and Delaware Street mostly as they were paved.”  The article listed 12 prominent Indianapolis businessmen who recalled seeing Black operating his auto in the spring of 1891.

Further complicating his claim of being the first is the fact that about the same time a German-made Benz owned by Sam Pierson was stored in Black’s carriage factory.  Black was documented as driving this car.  The Benz may have provided some inspiration to Black, but the differences in the two autos are apparent.  Most obvious is that the Benz used wire wheels, while the Black used Sarven wood wheels.  Other differences could be noted on some of the engine’s mechanical features. 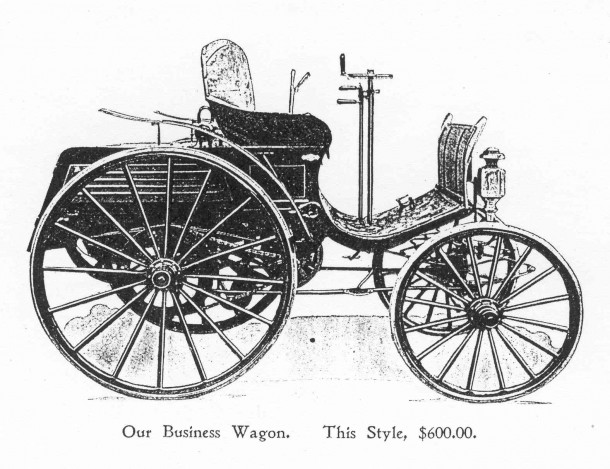 As a skilled blacksmith and carriage maker, Black had the expertise to make most anything he needed.  He built his own spark coil after rejecting one made inGermany.  He commissioned a local storage battery company to build a battery specifically for his purpose.

Black is also known for a few other notable firsts. For example, in June 1892, Chicago Mayor Carter Harrison issued  Black a license (possibly the first in the country) to drive on the city streets.  Black probably also paid the first damage claim for an automobile accident in 1892 when he gave $1 to an ash hauler for a broken harness when the horse was frightened by the noise of his auto.  Plus in 1893, President Benjamin Harrison rode in Black’s car inIndianapolis just after leaving the presidency.  Black also claimed taking Thomas Taggart home from the Grand Hotel one day. 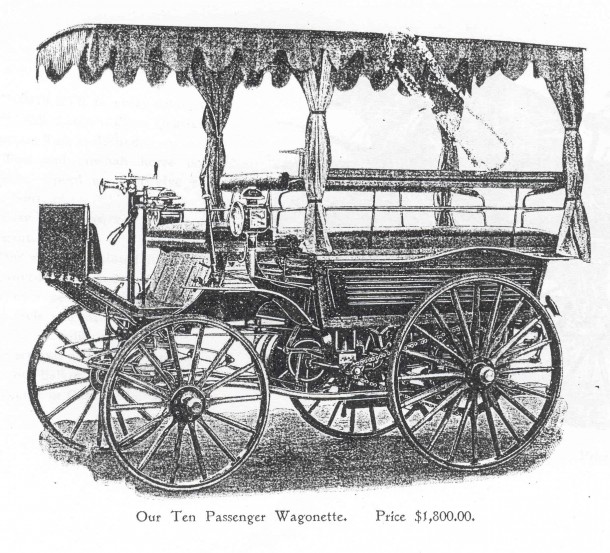 The fact remains that Charles H. Black conducted automotive experiments in the early 1890’s. Plus, the C. H. Black Manufacturing Co., at 44 South Pennsylvania Street (where the Century Building now stands), is documented as commercially producing autos from 1896 to 1900.  The 1896 date establishes the firm as one of the first auto manufacturers in the state.  The company’s printed catalog described five models from a lightweight two-passenger Business Wagon for $600 up to a 10-passenger Wagonette priced at $1,800.  Black sold his designs and manufacturing rights in late 1899. 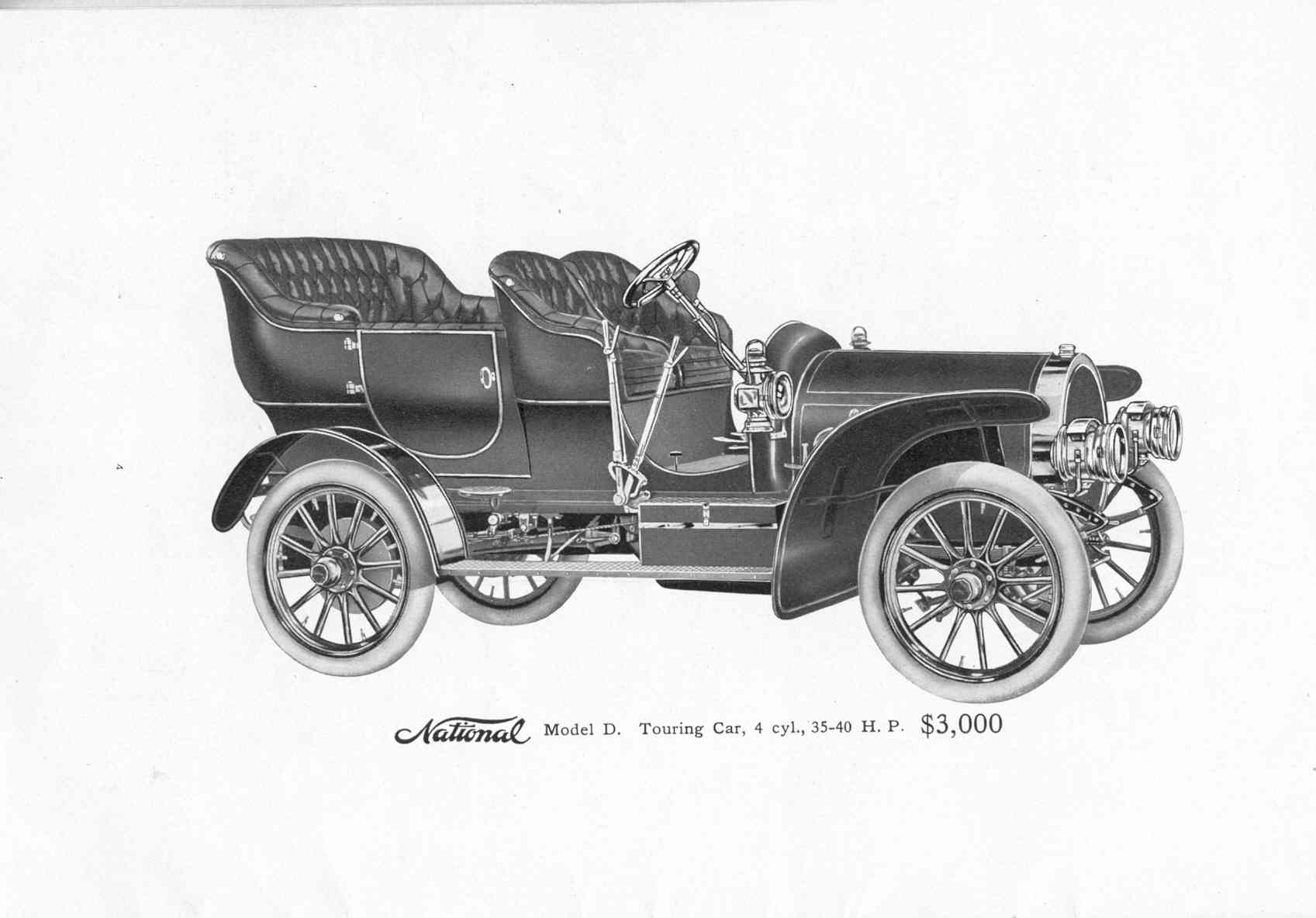