William H. Coleman Hospital Photo: Ryan Hamlett
Coleman Hospital
Location: I.U.P.U.I Campus
Named For: William Henry Coleman
In 1927, William H. Coleman endowed the hospital for women, in memory of his step-daughter who died from pregnancy complications. Coleman was born in Pennsylvania and grew up in New York.  He moved to Indianapolis in 1880, where he started a booming lumber business that grew to have additional operations in Terre Haute and Tennessee as well, even making barrels for the Standard Oil Company.

Image courtesy of the IUPUI archive.

Coleman married Sallie Downing Vajen, who had a daughter, Suemma, from her previous marriage to John Henry Vajen III, who died when Suemma was an infant.  Suemma’s grandfather was Michael A. Downing, who served as Indianapolis’ police commissioner and park commissioner.
Suemma was married to William Avery Atkins and became pregnant in 1923.  She and her child on died on April 24, 1924.  After her death, the Colemans donated money to Indiana University to build a maternity hospital, which was dedicated in 1927.
To learn more about the Vajen family, check out these HI articles:
What’s in a Name: Vajen Exchange Block
Sunday Adverts: Lilly Hardware Company
Indianapolis Then and Now: Democratic Club/Indiana War Memorial, 22 E. Vermont Street

In addition, HI has also featured the Atkins family in many articles: 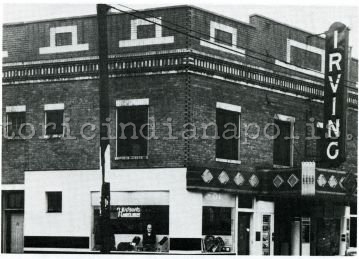 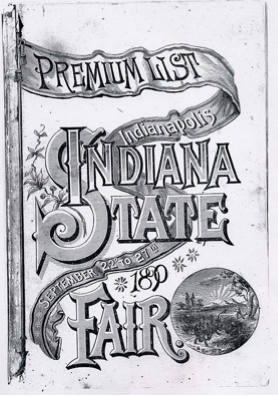