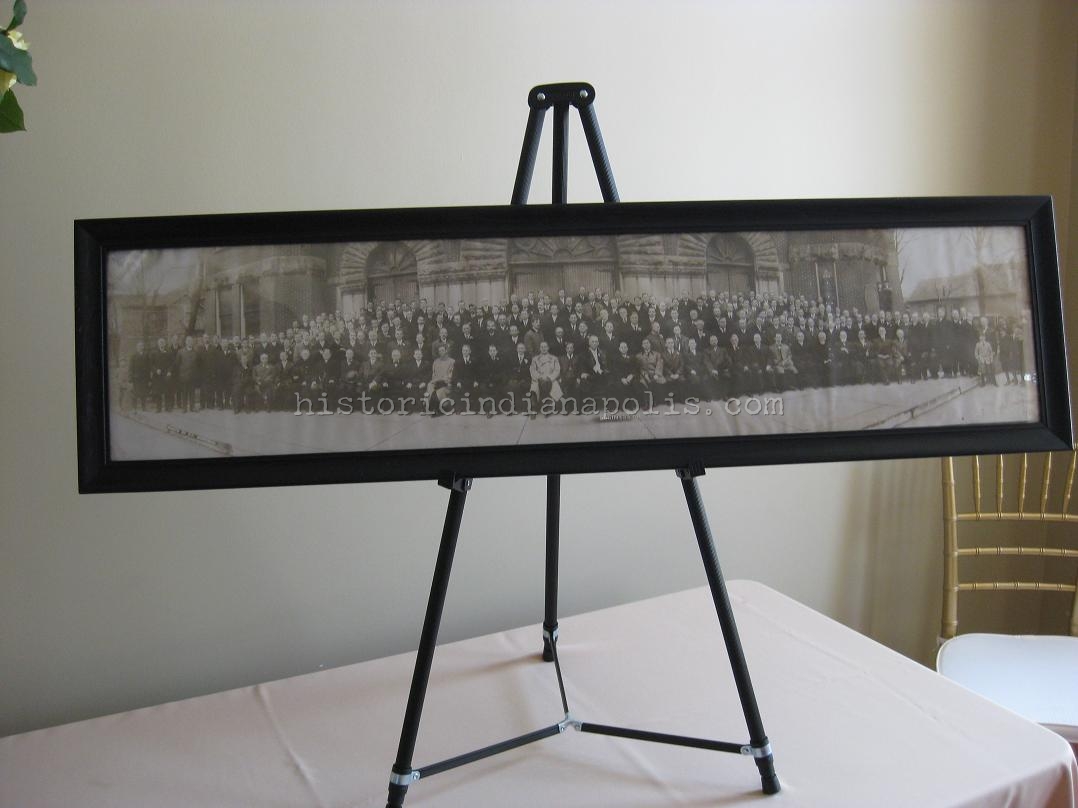 If you haven’t been yet, hope you can make it for an event HistoricIndianapolis.com is co-sponsoring with the Hoosier Chapter of the Victorian Society in America on Thursday, July 19, 2012 at Indiana Landmarks Center. In honor of the Saturday morning WISH segment, seemed a great time to re-post some of the excitement of their opening weekend! 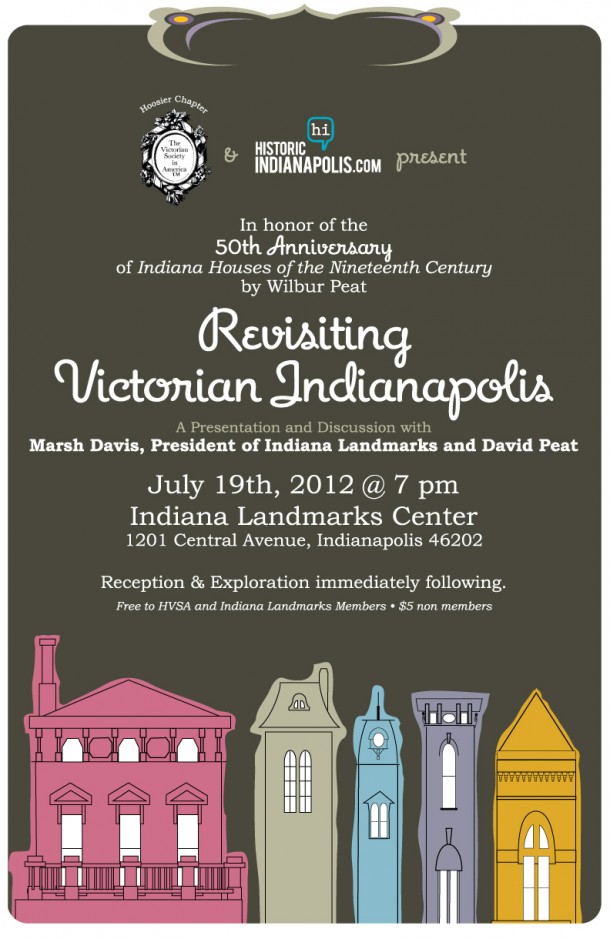 Though I’ve driven the route at least a thousand times, the trip south on Central Avenue on Sunday, April 17, 2011 was different. Cars, bikes, strollers and tons of people populated the landscape, creating a general hustle and bustle unlike anything I’d seen around there before.  After a couple of days of gray rain, the sun’s rays cloaked the crowd, and a brisk breeze wove its way through the throngs. Like many others, I parked a few blocks away and joined the march towards the gleaming domes of the new Indiana Landmarks Center. I was overcome with feelings of deep pride, anticipation, utter jubilation—a rainbow of family and folk emerging from every doorway, corner and direction, wide eyed and excited. Tears welled up and I momentarily labored to catch my breath. I thought: This must be what a miracle feels like.

I couldn’t help thinking that this must echo what it was like to live in Indianapolis 100 years ago—where hundreds of people convened at once–and interacted with others–from a proximity closer than the next traffic lane. The experience conjured a time and place when and where words like “Please,” “Thank You,” and “Excuse Me,” were employed with ease and frequency. I imagine this being similar to the opening of Tomlinson Hall in June 1886. A few noteworthy things observed during the open house: 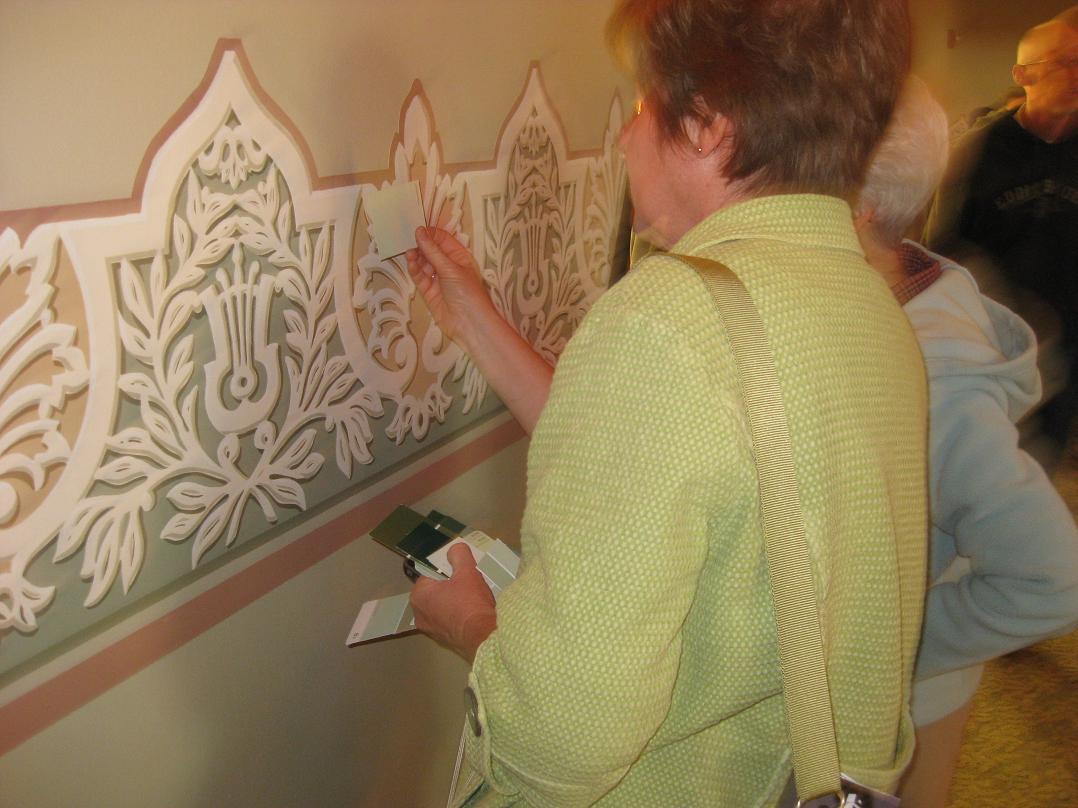 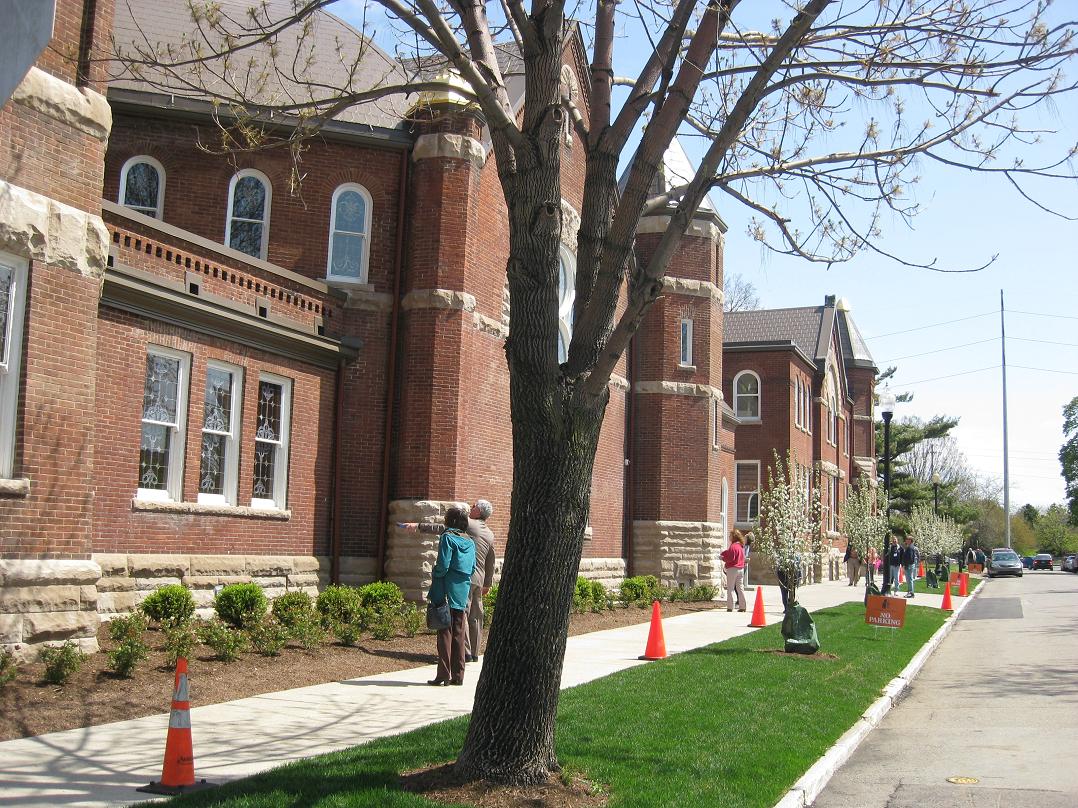 * A father explaining to his very young daughter that she can’t touch the paintings hanging in the Lower Level Gallery.

* Love notes to this place—in a number of different hands—affixed to the walls of the board room from individuals with prior connections to the building’s history. 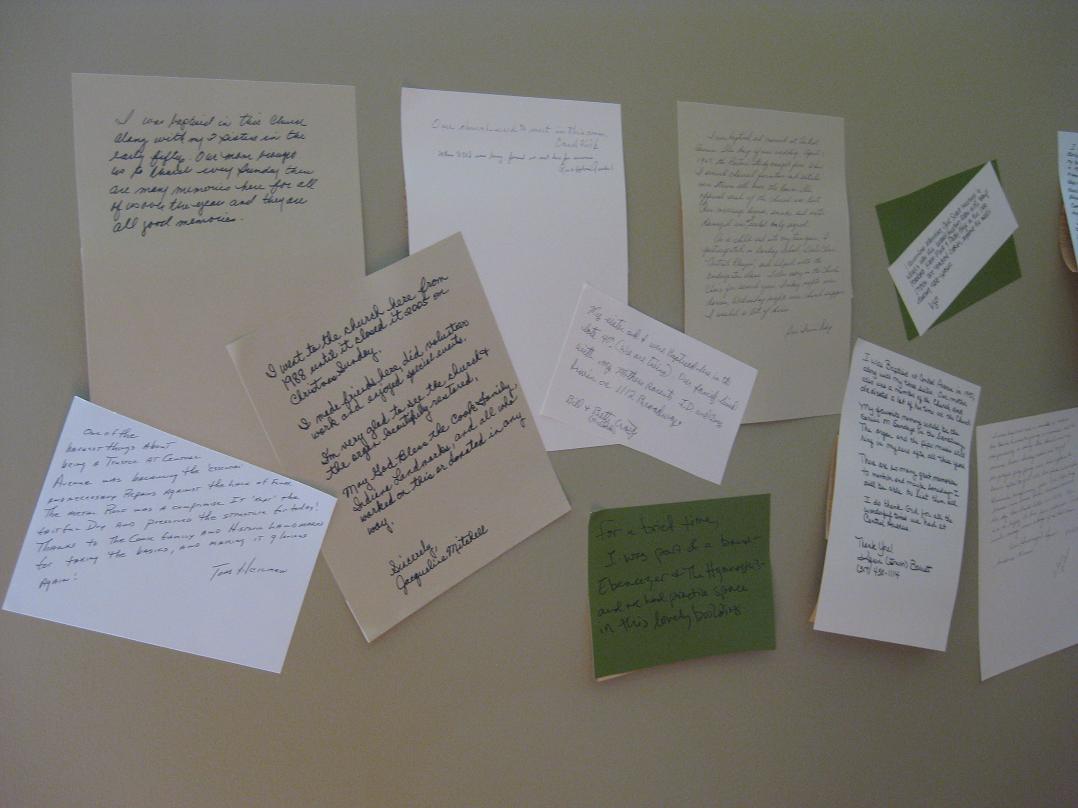 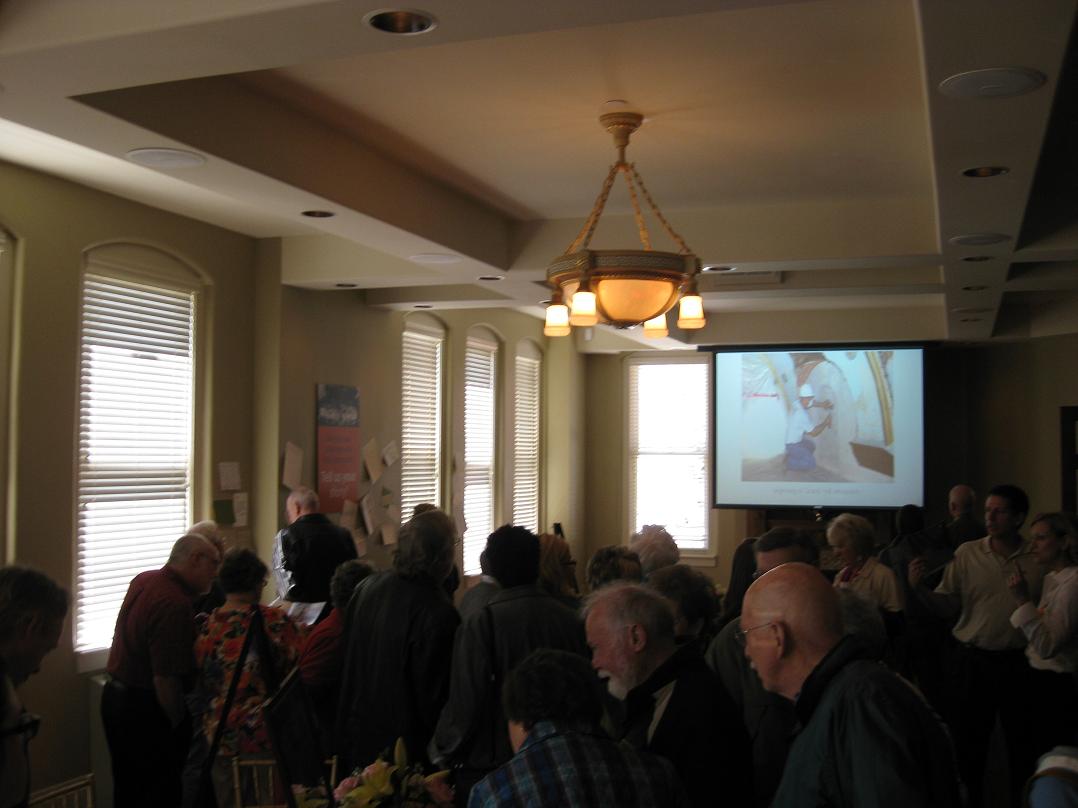 * Acquaintances, friends and colorful characters gushing about what a remarkable place this is, how grateful we all are to the Cook family and Indiana Landmarks. 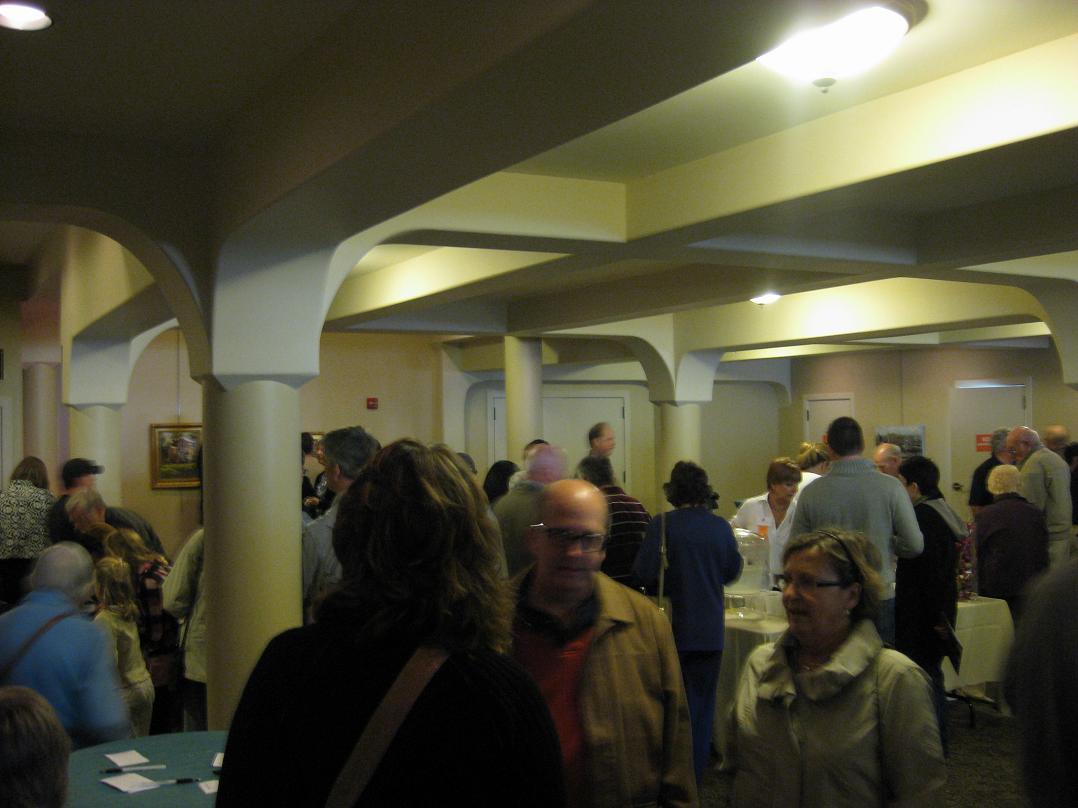 * One of my favorite things: vintage photos, allowing a glimpse into the past 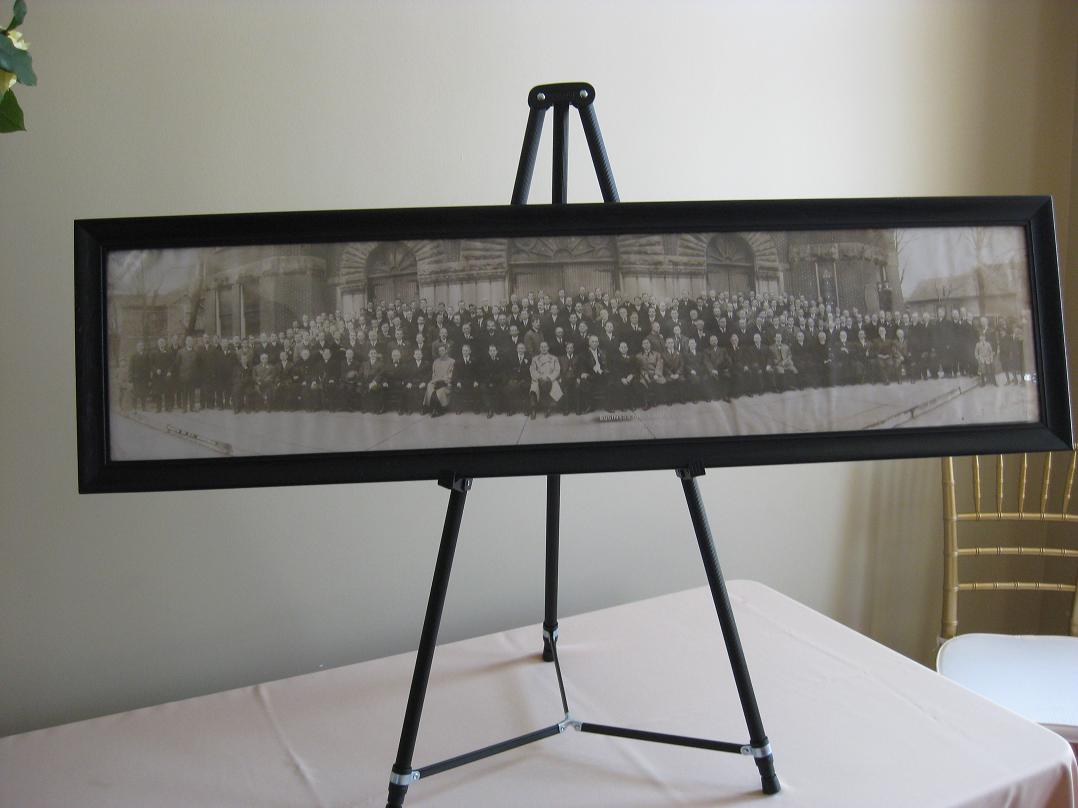 * Indiana Landmarks board member, Paul Smith, with audience of 15+ enthusiastically sharing anecdotes about how this all came to be. And gently assuring the over 60 set that the Old Northside and downtown are not the dangerous places they were warned about decades ago. 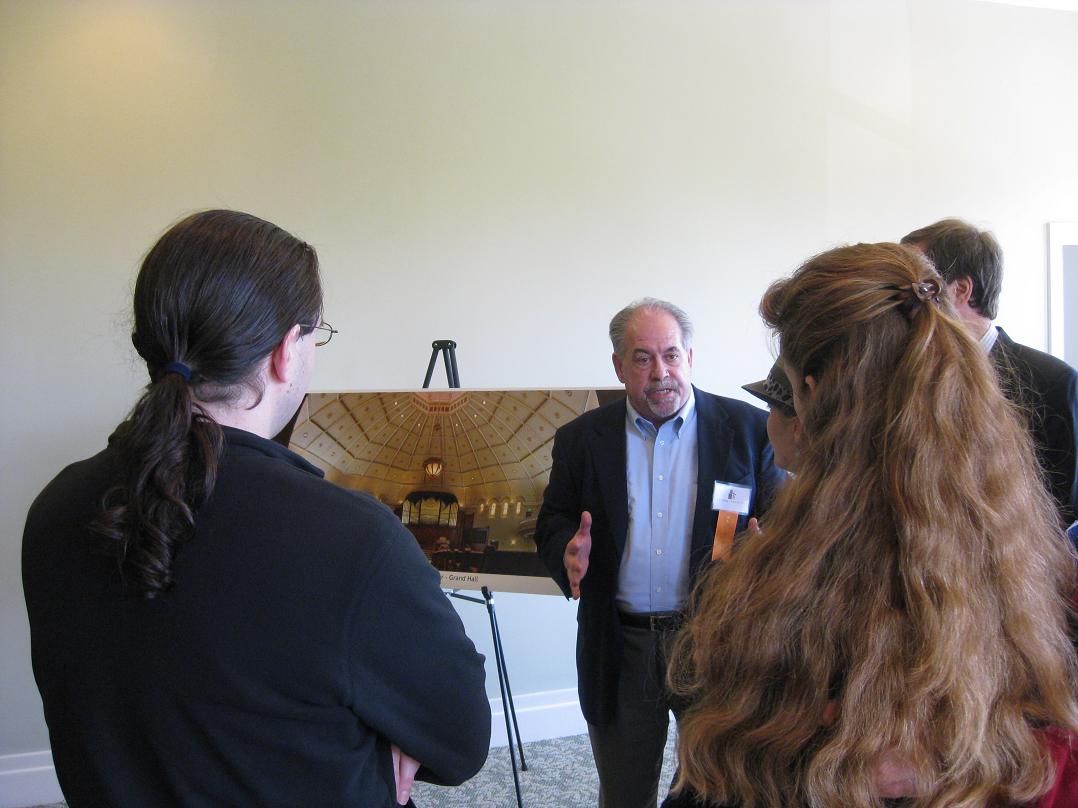 * The heavenly fragrance of lilies and roses throughout the various spaces.

* An 80+ year old woman identifying herself as a young girl in one of the vintage photos on display.

* Not a lot of cell phone usage—people were engaging with each other and pointing out their favorite features to companions.

* A choral group in Cook Theater, organist in the Grand Hall and the collective “oohs!” and “ahhs” of pretty much every soul in the building. 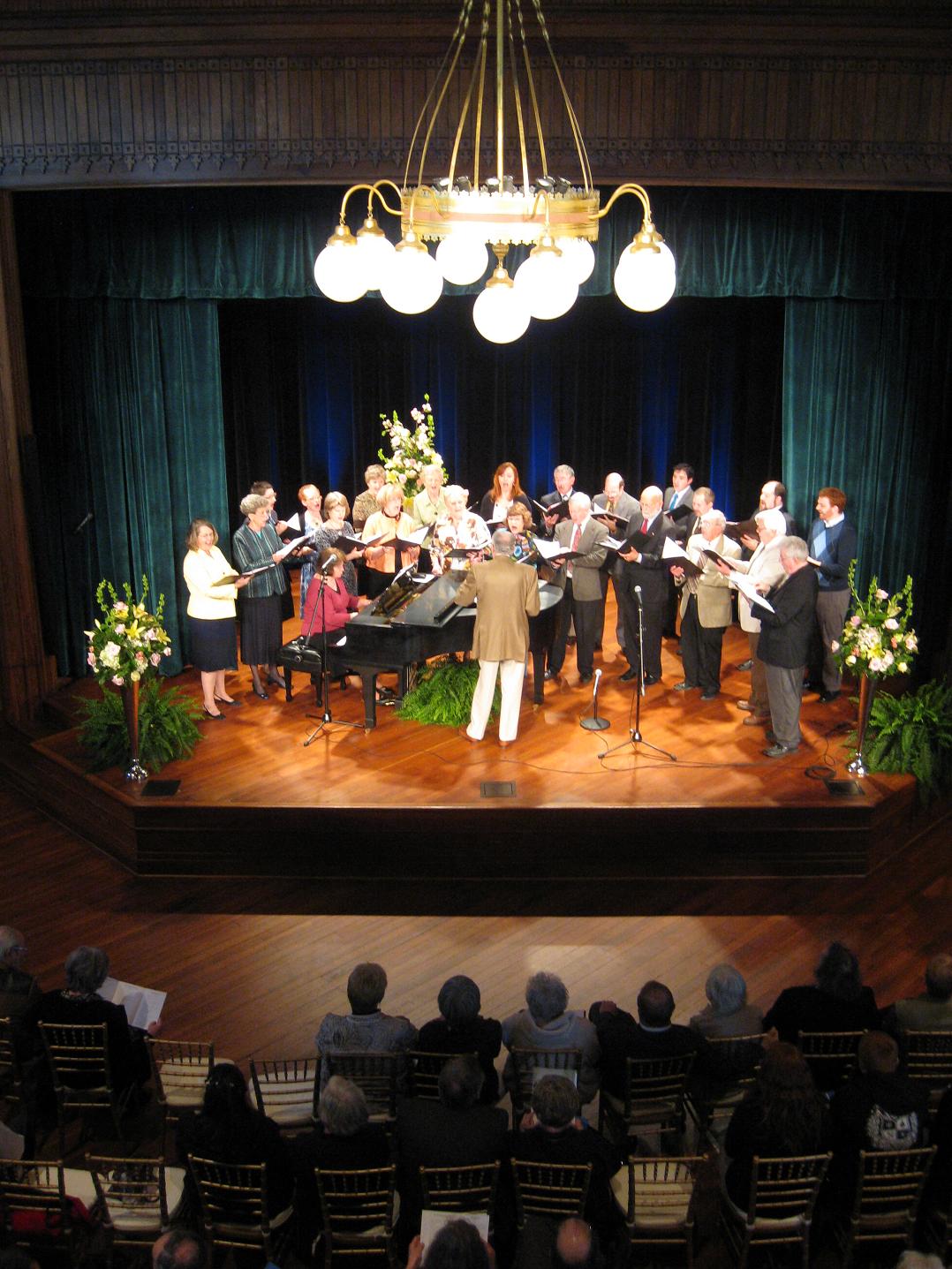 Heading back to the car, I couldn’t stop smiling, couldn’t stop laughing about the wind whipping me with my own hair. It was a perfect Indianapolis day and despite wearing heels, I submitted to my desire to skip… 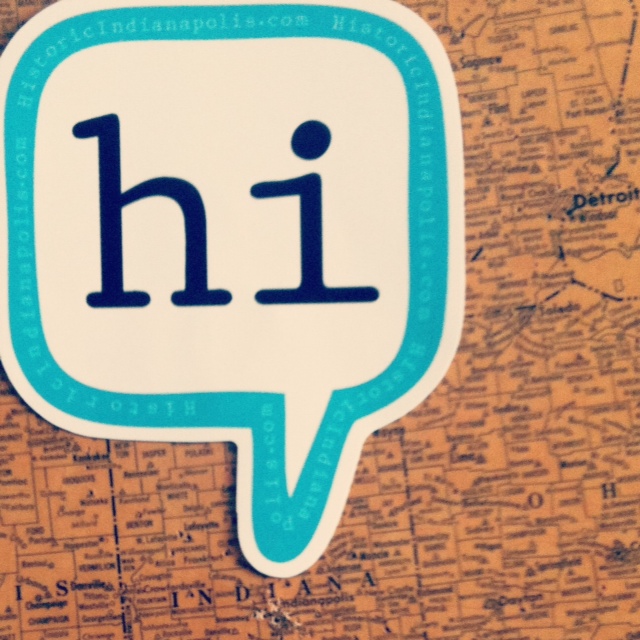 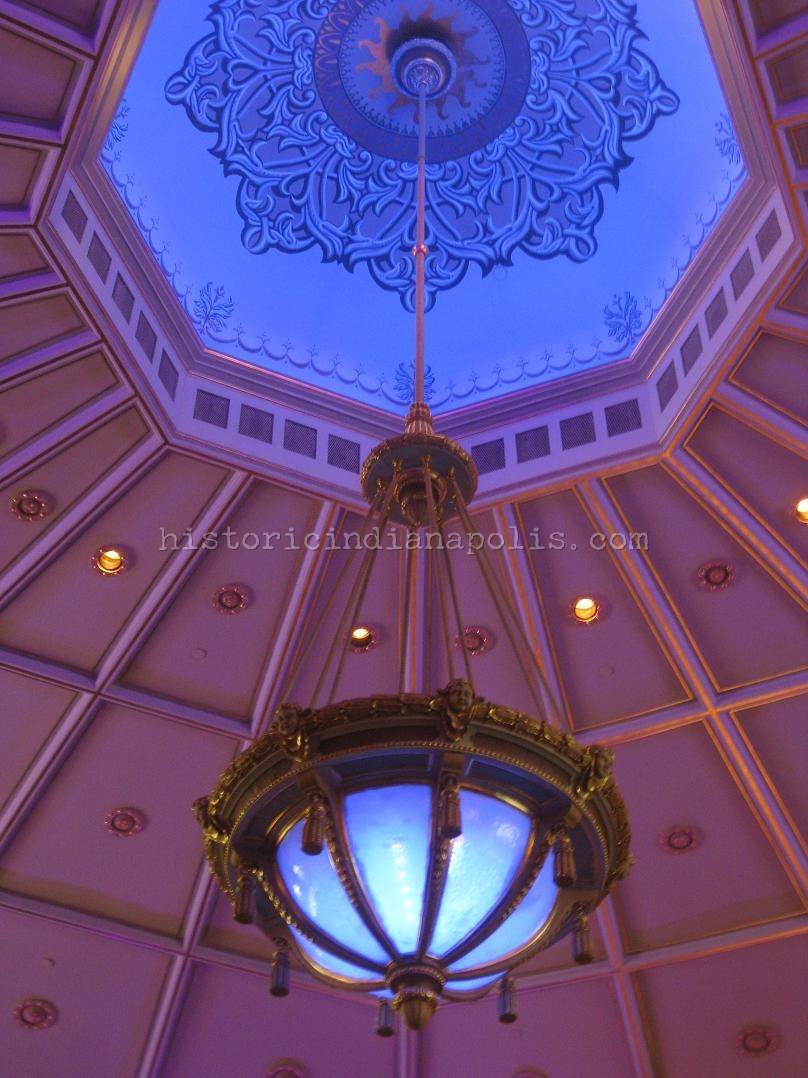 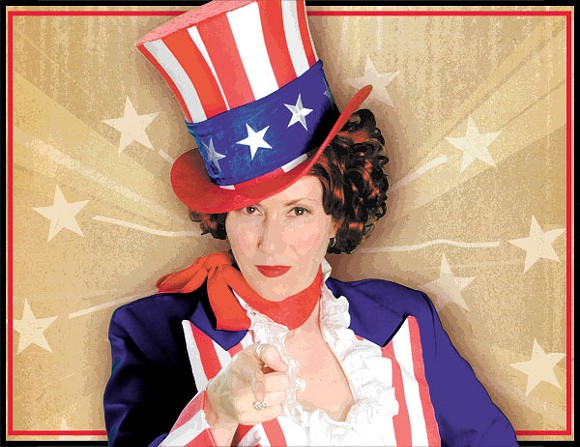 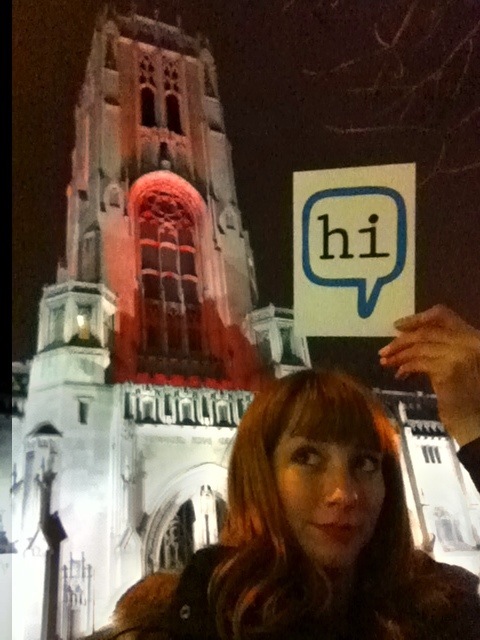