WTH? How could someone think of tearing this down?

Who doesn’t have a fondness for the sweet little commercial building at the northeast corner of 16th and Capitol Streets? Most people call it the old Crawford’s Bakery building, and still others call it the old florist’s shop. With all the information being shared on the Historic Indianapolis Facebook page and that of C. Resources, Historians—we have all learned so much more about this building have loved since first we crossed paths.

This structure was built by the architectural firm of Pierre and Wright. Principal architects were: Edward Dienhart Pierre (Born: Ft. Wayne, IN, May 22, 1890; died March 27, 1971) and George Caleb Wright (Born: Libertyville, IL, April 25, 1889; died February 27, 1973). The firm may be best known for their winning design of the Indiana State Library and Historical Building (which recently celebrated its 75th anniversary) on Ohio Street, next to the Indiana State Capitol. It is also interesting to note that President Franklin D. Roosevelt appointed Wright the chief architect of the Federal Housing Administration in Indiana in 1937. During World War II, Pierre and Wright helped organize Hoosier architects to create air fields, ammunition depots, and some public and low cost housing projects around the state.

Ball State has a collection of photos and information about the building.

Based on the information on the Ball State link, one may deduce that the building was constructed, as well as owned by the Thomas A. Moynahan Construction Company. It appears the company owned the Ambassador Apartment Building as well (just north of the Central library on Pennsylvania Street). 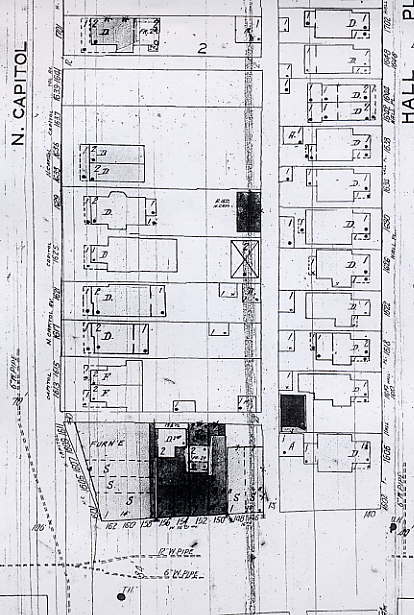 A few other details…The 1914 Sanborn map shows a different footprint, with 1601, 1605, 1607 and 1609 N. Capitol shops set up within the same approximate space. Based on the Ball State site, the exact build date is not clear, but is suggested circa 1930. In the early 1920’s the city directories have many of these four spaces listed as vacant; perhaps that precipitated the demo and rebuild of the corner as is being considered now. In 1925, grocer Mathias Selb is listed at 1601 N. Capitol. In 1930, George Pandell’s florist business makes an appearance at this location.

This lovely little building was host to one of the proverbial “American Dream” stories. George Pandell emigrated from Greece in 1900 as a child. In 1930, as his floral business began to blossom, George and his wife Irene lived at 1729 Ruckle. Walking to work at that time was perhaps not so foreign as the concept is in modern day Indianapolis. Therefore, it’s plausible George and Irene walked the 8+ blocks from their cozy home to their personal slice of the American dream–this charming corner and home to their floral shop.

Filling flower orders for those visiting family members at the Methodist Hospital across the street surely felt rewarding. Picture a convalescing grandmother gazing out the window of her Methodist Hospital room, newly delivered flowers in hand, offering an acknowledging smile and wave to Mrs. Pandell– perhaps sweeping the sidewalk in front of her beloved shop. As time marches on, the connection to private meaningful moments such as these are lost with the people who experienced them.

The least we can do is keep the building where such romantic notions may be contemplated.

As of 1936, Mrs. Irene Pandell, florist, is listed at the same location. Based on a brief search, it looks like that same floral business was there until the 1980’s. Crawford’s moved into that space in 1987 and was there until September 30, 2008—not even a full two years ago. Do you recall Crawford’s and how it was always slammed at lunchtime? Miss having those cakes nearby, that’s for sure. 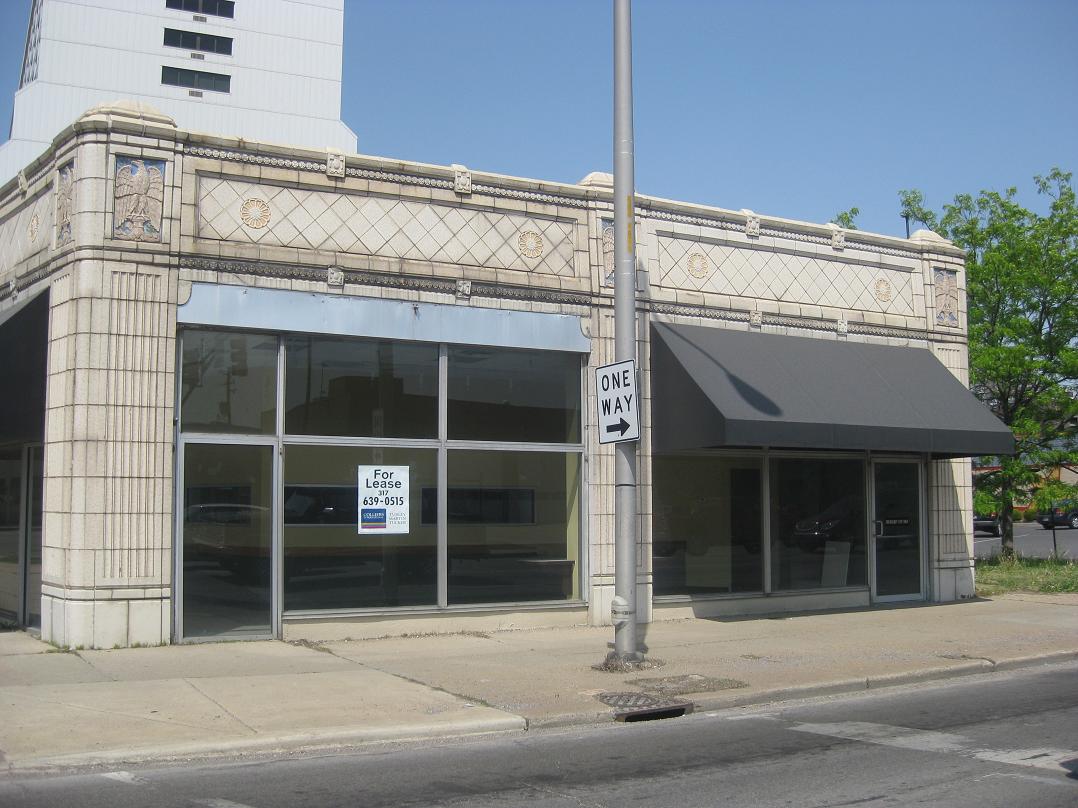 The latest update at this point is: Indiana Landmarks has been in touch with the owner who has consented to wait two weeks before proceeding with the demolition while an alternative to demolition may be determined. The building is currently listed for lease. 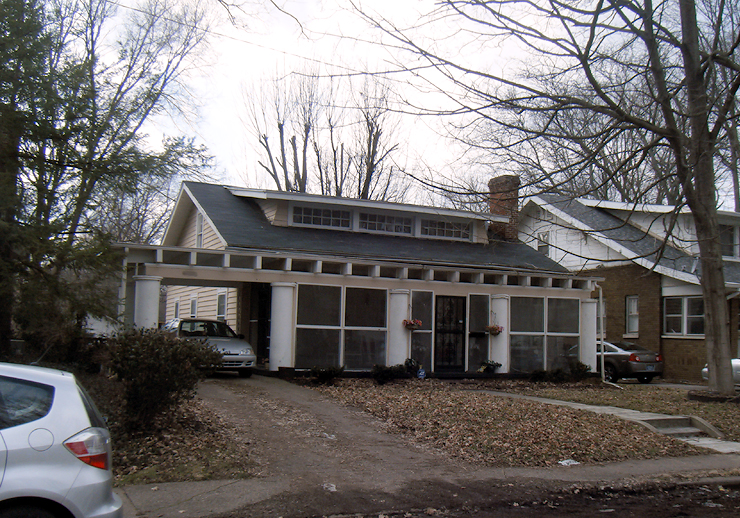 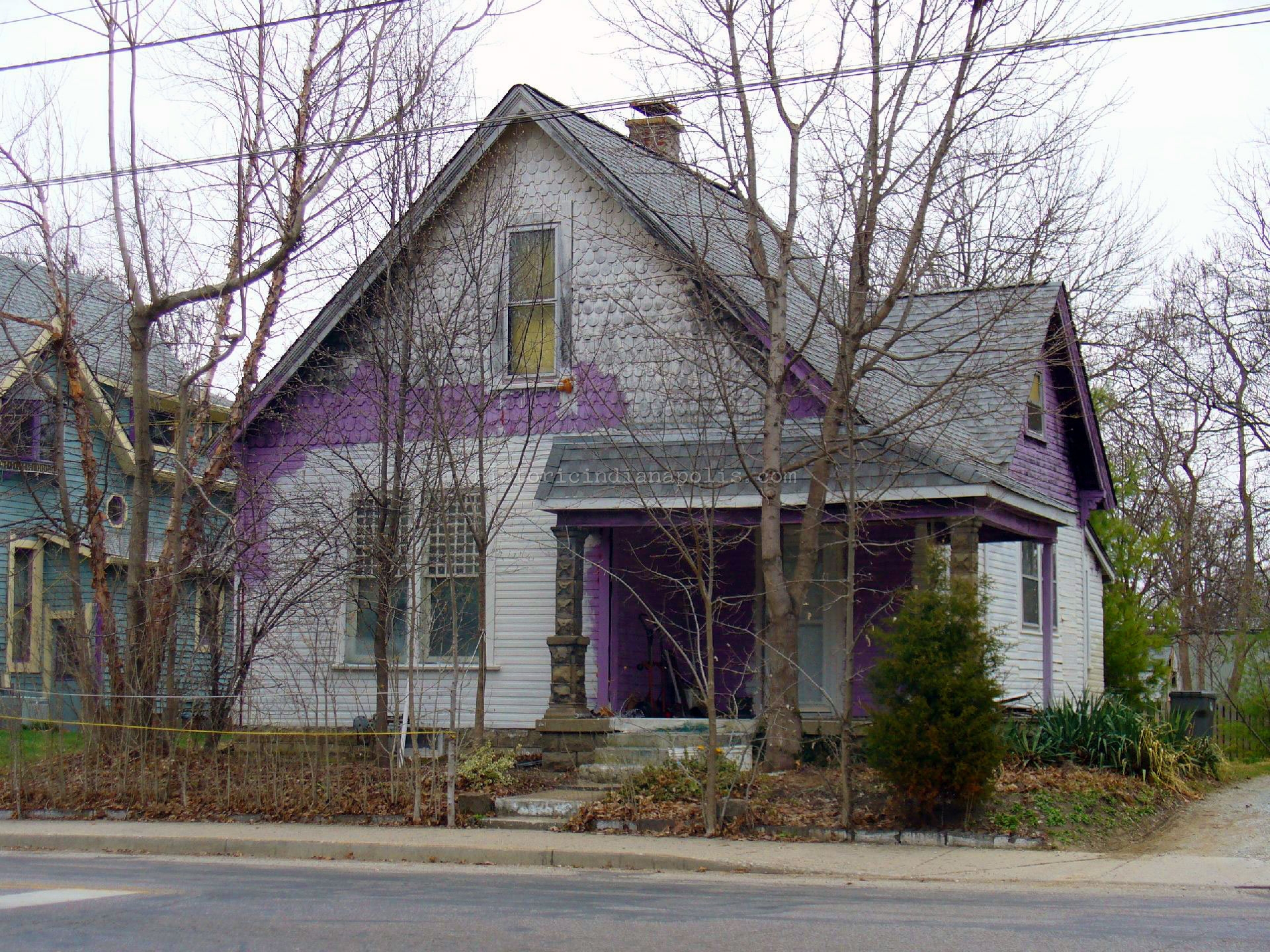 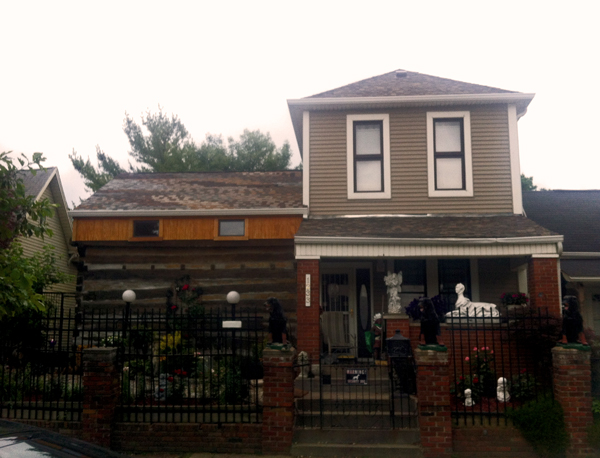 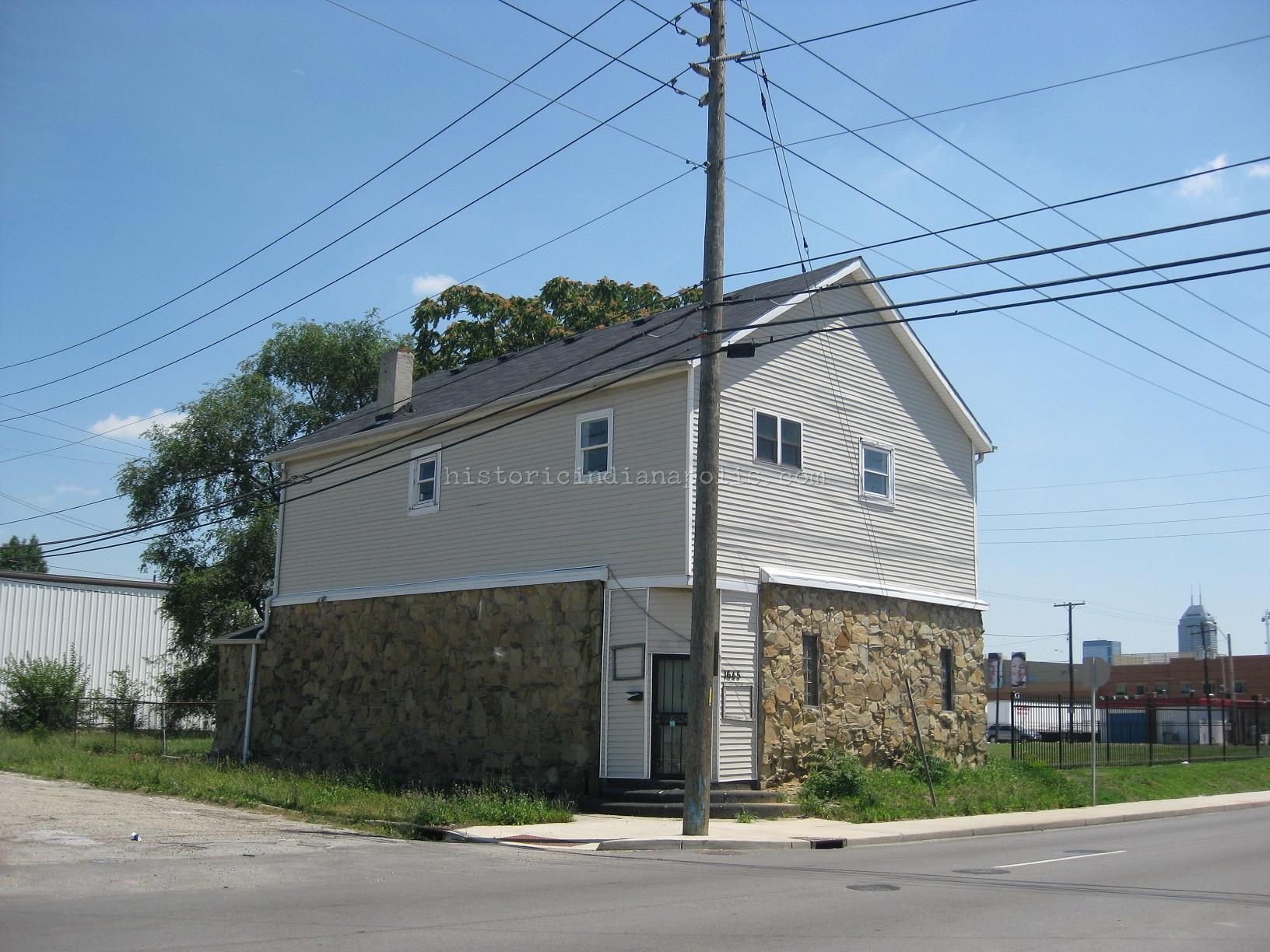