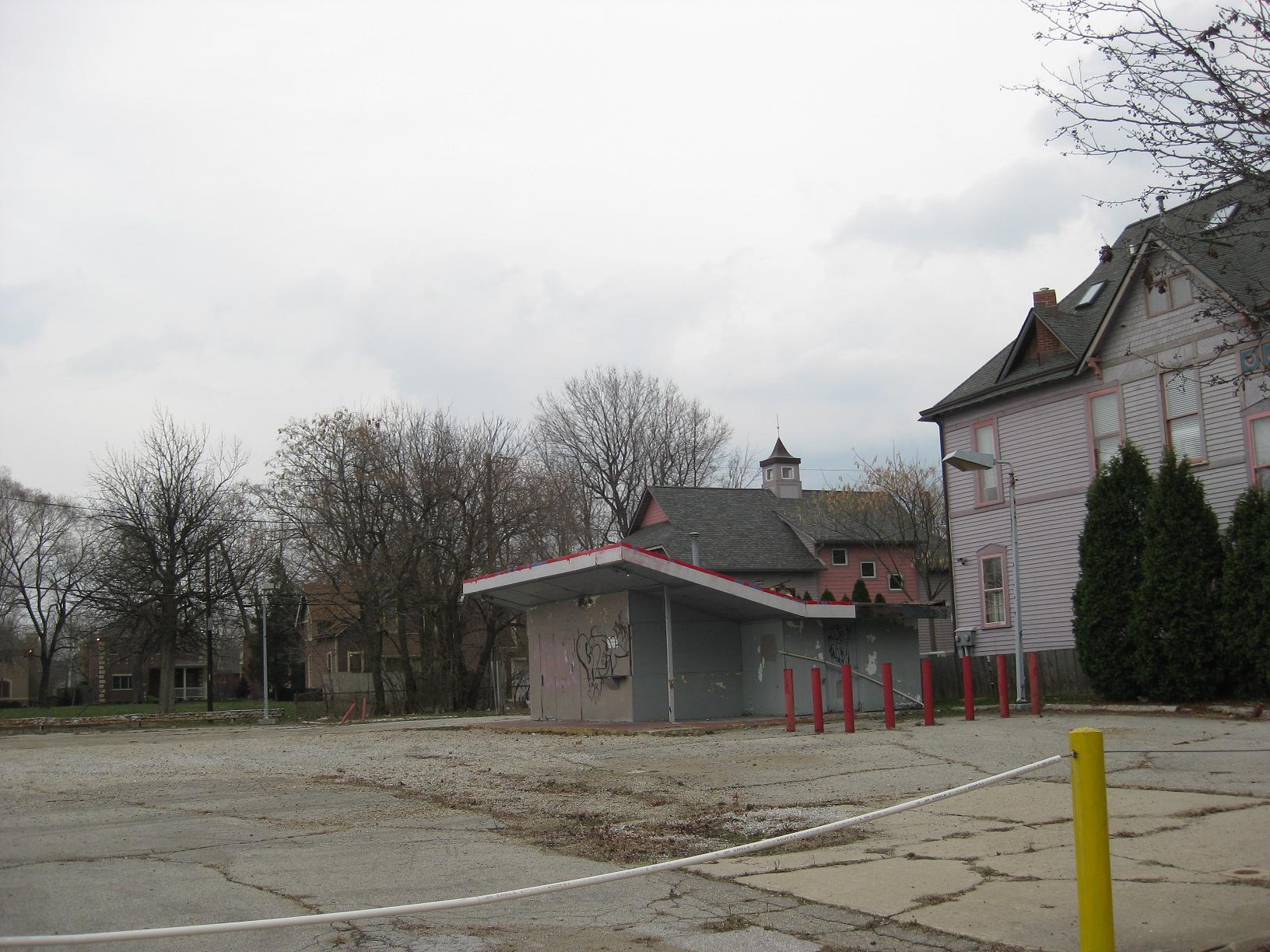 This little vacant gas station is located on the southeast corner of 16th Street and Park Ave. Judging by the paint colors, I think it was most recently a Speedway, though that was many moons ago.

Boarded up, the place looks ready for demolition and not worth a preservationist’s time. Afterall, its construction in the early 1960s tore down two old single family homes and a duplex.

Here, though, is a photo from the IHPC files, taken probably 10-15 years after it opened. While small and fairly common at the time, it is a good example of Mid-Century Modernism. The entire front half of the building was glass, with a roof cantilevered high above it. Even the lamppost was modernist-styled, with the long arc neck. 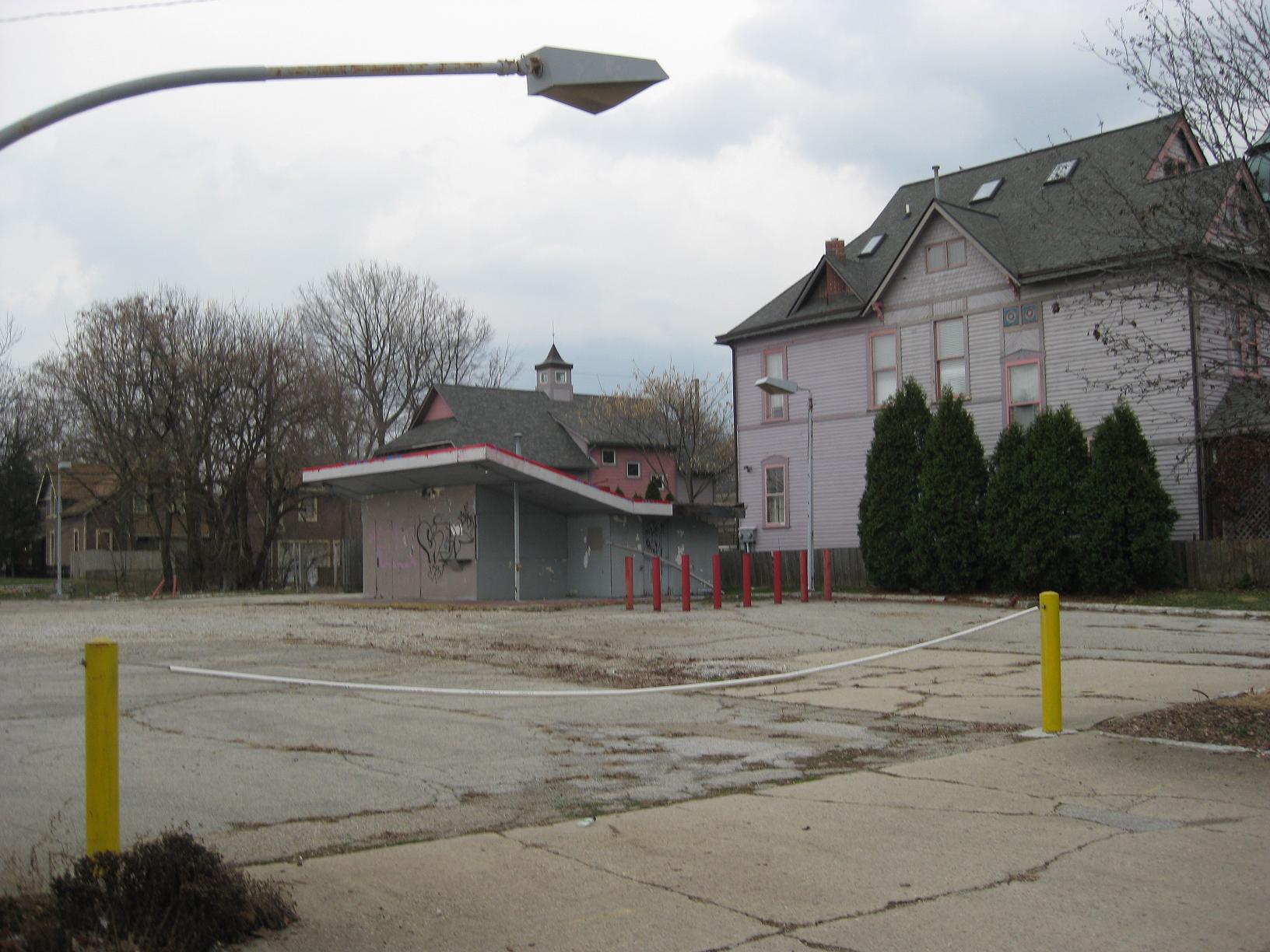 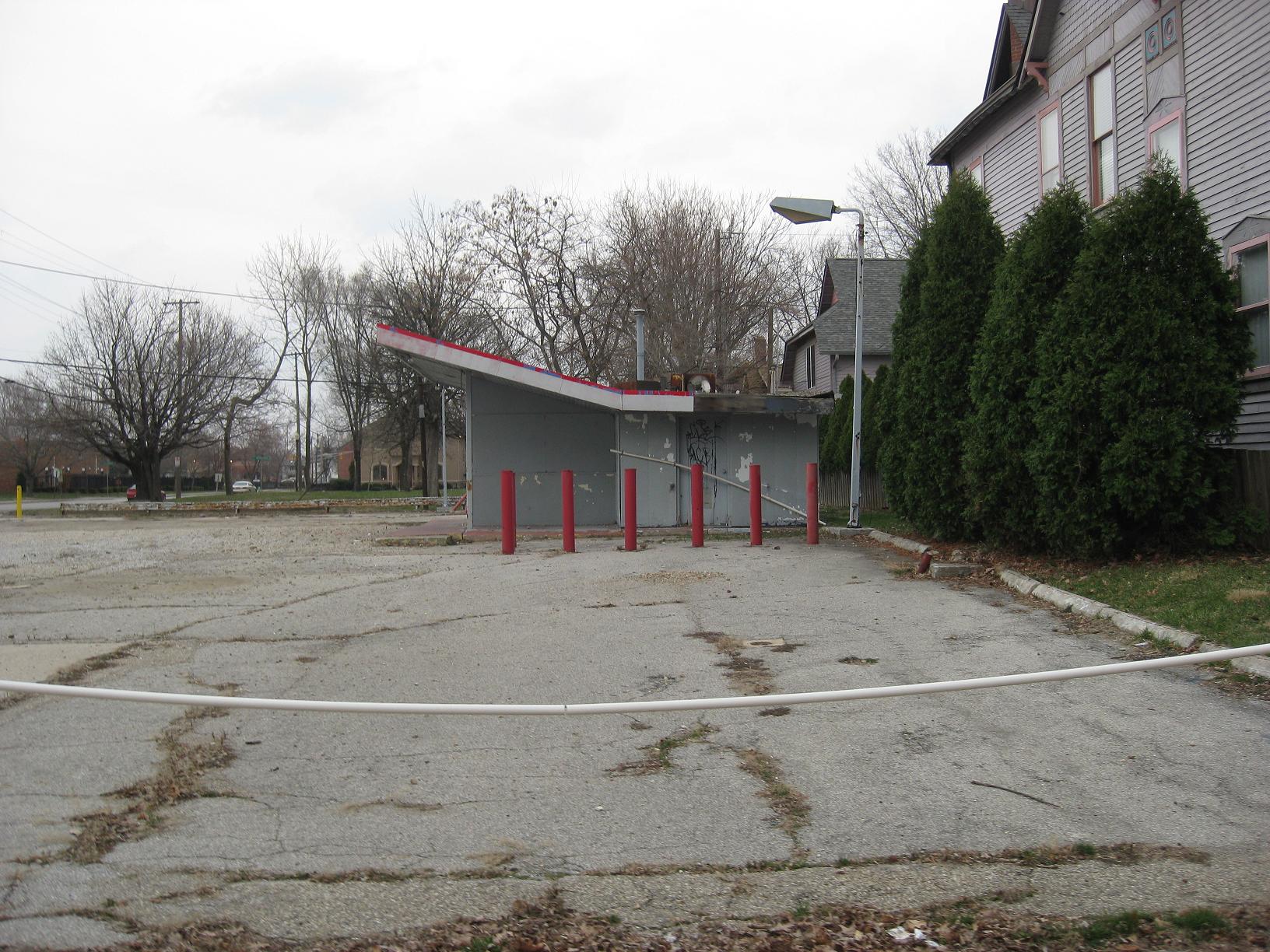 Taking the time to look at the details, one begins to see that the site hasn’t changed much in nearly 50 years. Except for the gas pumps and the sign, which are probably the least important to the architectural style anyway, the site is nearly unchanged. Remove the boards, repaint, and repave, and building could become…well, that’s for an entrepreneur to think of the possibilities.

Now, why is this a What the Hell?

First, there is the obvious that this site was once three historic buildings and was replaced by a car-oriented modernist eyesore that is not in character with the houses behind it. However, with truly modernist buildings becoming more rare, and the style’s historic popularity increasing, this place is becoming more attractive for preservation.

Second, more importantly, in all likelihood the site will be cleared despite any historic preservation worth. What then would go here instead? Taking a look at the area around the intersection, most likely, nothing. It would become yet another vacant lot. And a vacant lot in a historic neighborhood is almost always worth saying “What the h*ll?”.

A couple of other notes…

The Kroger store on the northwest corner of this intersection was once the site of the George Alig, president of the Home Stove Company, mansion. It was torn down about the same time as the houses on the gas station site. If we can find a photo of that house, we will do a future story on it too.

Also, notice the house in the background of the 1970s photo and compare it to the modern photos. What was abandoned is now occupied, and what was occupied is now abandoned… 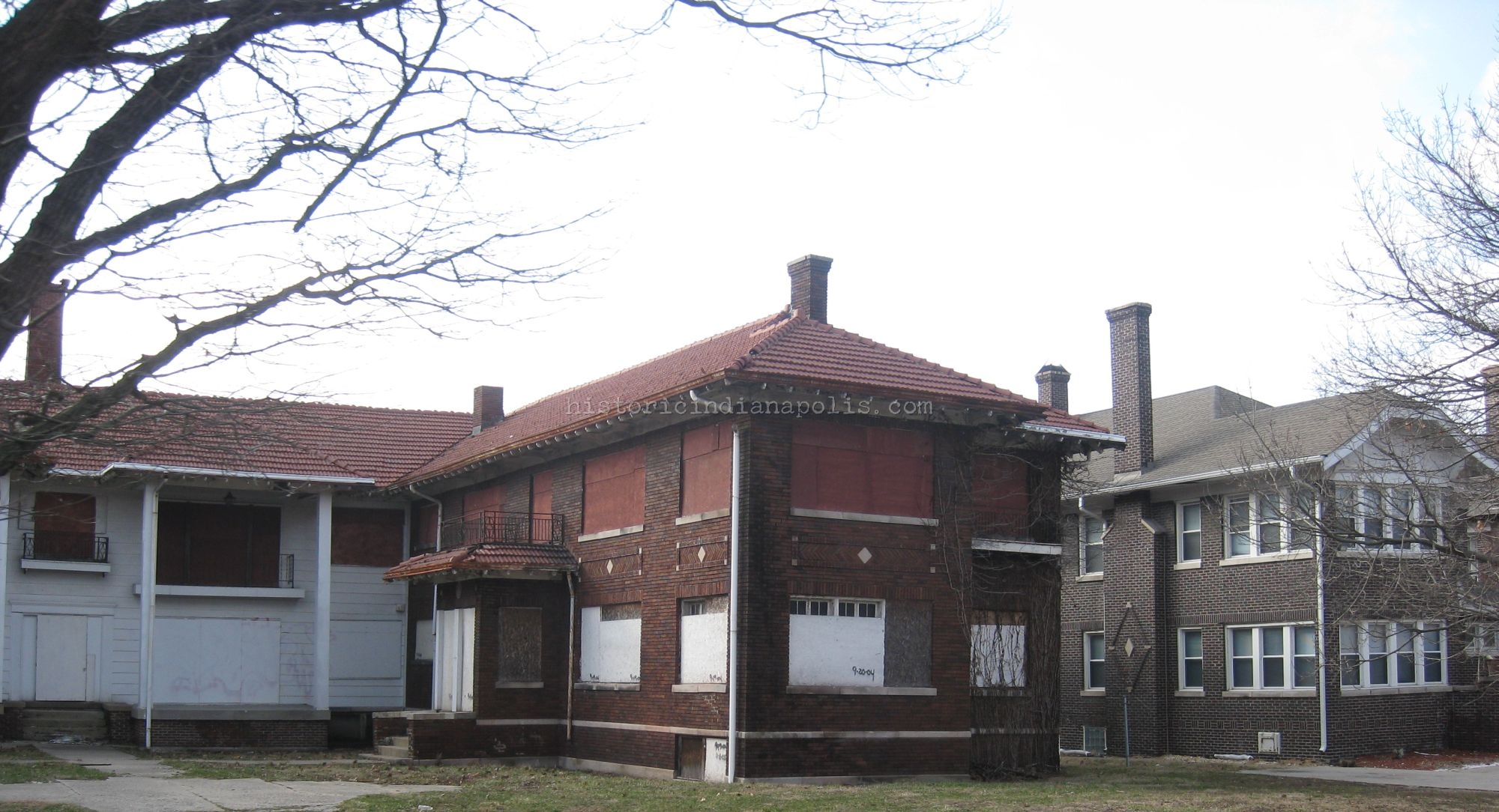 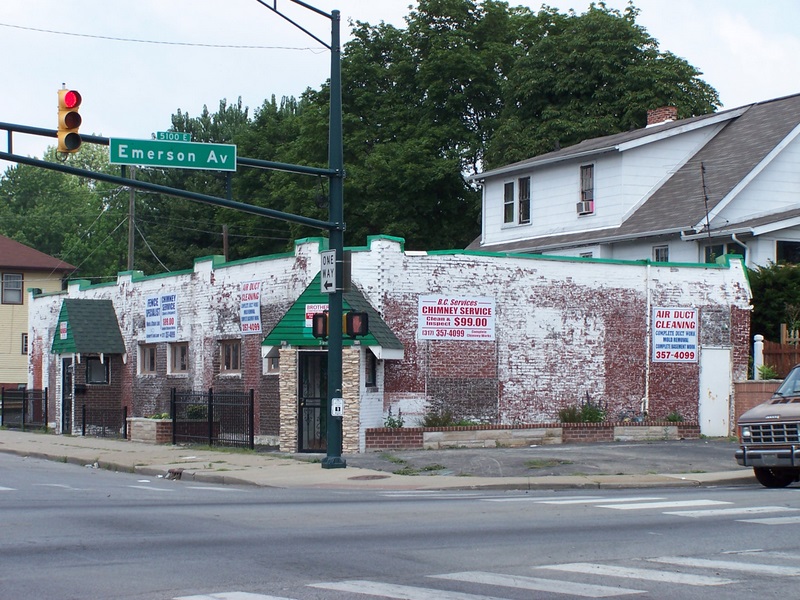 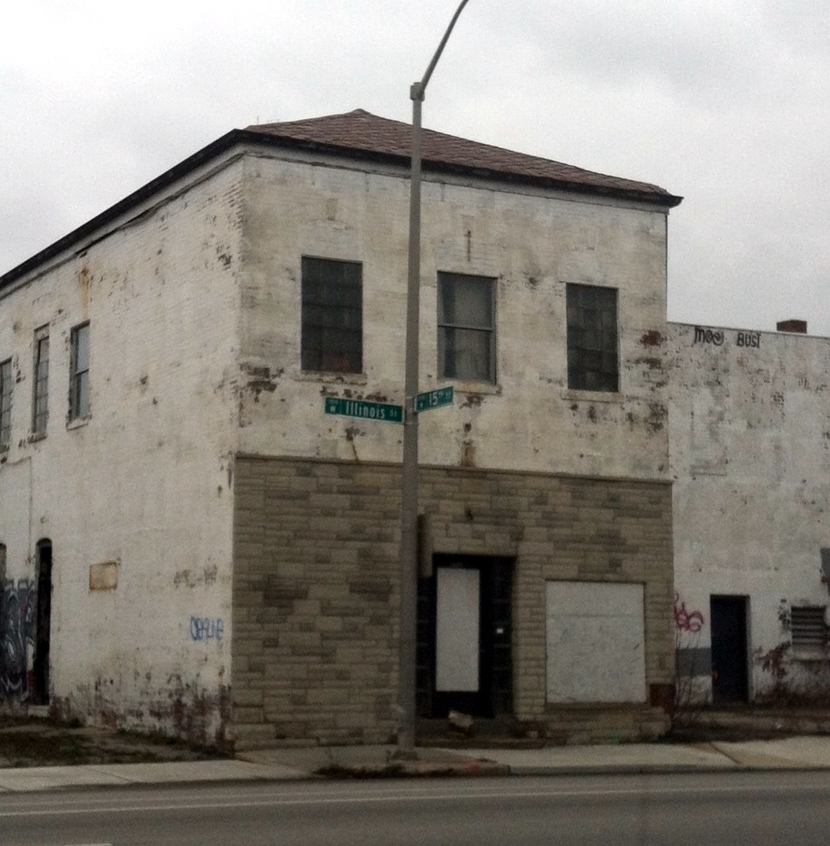 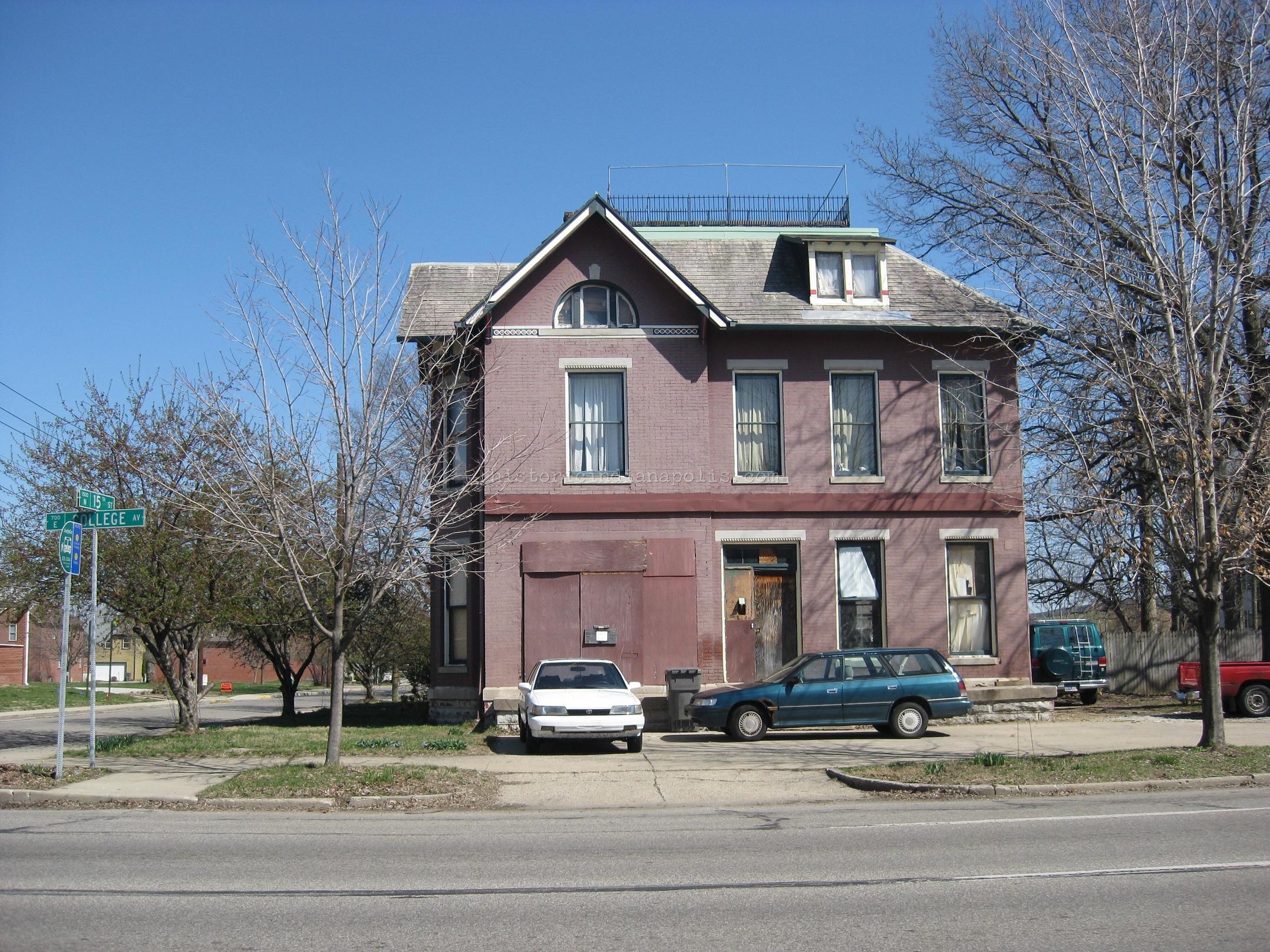