August brings about a favorite tradition amongst Hoosiers. Every year nearly one million people descend on the Indiana State Fairgrounds in the capitol city to celebrate the agricultural spirit of the State of Indiana. If you can get past the often unfortunate combination of deep-fried treats and the colorful rides of the midway, the exhibitions remain surprisingly close to the roots that stretch back over 160 years. Did you know the fairgrounds have not always been located at 38th Street and Fall Creek Parkway, and that early fairs took on a nomadic existence? 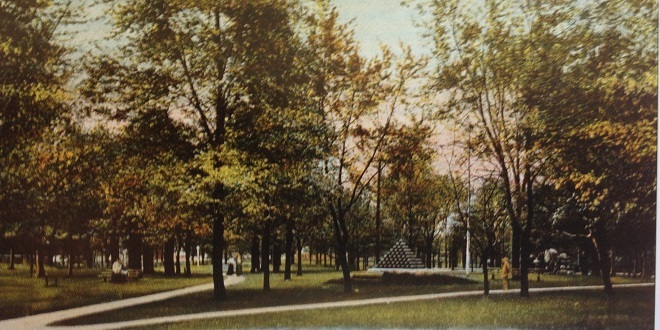 This is how Military Park, the first Fairgrounds, appeared in 1910. (Image: Indiana State Library)

A large write-up on the fifty-fifth anniversary of the fair in 1908 gives a detailed description of the first event held in 1852. The event came about with the creation of the Indiana Department of Agriculture one year earlier. Prior to this, several county fairs showed off the products of what was nearly an exclusively agricultural-based economy. A statewide exposition seemed like a grand idea! Military Park served as the first fairgrounds. Beginning in October, farmers from across the state spent days traveling to Indianapolis via wagons pulled by teams of oxen. This was a far cry from the modern interurban trains that whisked fair goers to Indy in 1908. The 1852 fair lasted only four days and drew some 30,000 attendees. Admission was twenty cents. Aside from farmers showcasing their finest livestock and gargantuan produce, vendors showed off the latest technological gadgets. These included spinning wheels, sewing machines, and even tombstones. The greatest curiosity of the year proved to be a combination shower/bath that could efficiently bathe the entire family. Sadly, few could afford the $45.00 price tag.

To this day, Hoosiers often stand divided. A gaping rift between city dwellers in Indianapolis and the rural communities patched across the state creates friction in political and economic matters. This mentality made its presence known in the 19th century, as well. Many cities were upset that Indy reaped all of the benefits as home to the fair. Being a state-sponsored event, the compromise was to move it around. The second fair was held in Lafayette. In 1854, fair goers were forced to trek all the way down to the Ohio River community of Madison. After a disappointing draw, the fair was back in Indianapolis from 1855-1858. New Albany hosted the 1859 fair. By this time, the Board of Agriculture had enough. Permanent fairgrounds in Indianapolis were purchased and in use for the 1860 exposition. 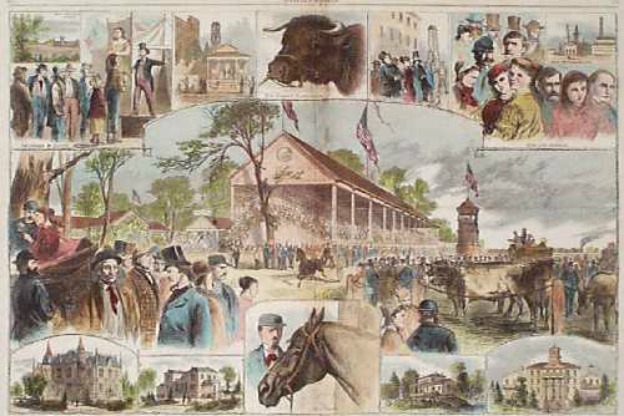 After the war, the fair attempted events in Fort Wayne and Terre Haute, until relocating permanently to the former Camp Morton, in the northern half of present day Herron-Morton Place. The event continued to grow. Eventually the fair outgrew the grounds, as the burgeoning city encroached. In 1892, the fair moved for the final time, and the former grounds were platted and made into an upscale neighborhood named Morton Place.

What are your “must see” exhibits at the Indiana State Fair when you visit?

This small park on Alabama Street is the only open space left in an area that housed the Indiana State Fair from 1860-1891. 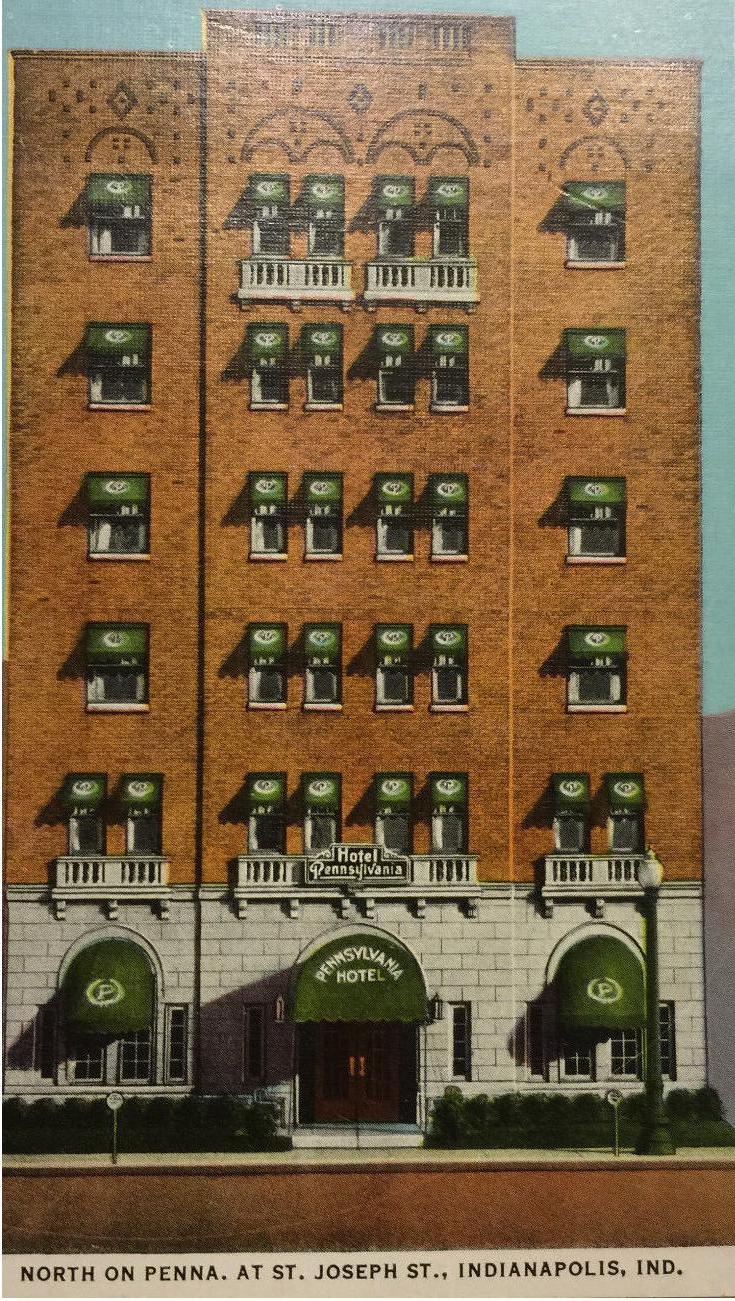