This ticket advertises a free pass for the driver at the Shadeland Drive-in. (Image: eBay)

For those who grew up in between the 1950s and 1980s, a summertime rite of passage always included a few nights at the local drive-in theater. Whether you were a youngster on the playground, indifferent to the show, or capitalizing on the opportunity to canoodle with your significant other, indifferent to the show, the drive-in served as an entertainment mecca for a few generations.

Many believe that the beginning of the drive-in era coincided with sock hops and tail fins, but they would be wrong. Technically, outdoor movies first appeared at the dawn of motion pictures, in the early twentieth century. Traveling showmen brought movies to people for whom a schlep to the city was not feasible. Peddlers presented pictures on outdoor makeshift screens, using hand-cranked projectors at various fairs, picnics, and church bazaars in rural communities. Like the modern drive-in experience, the dress was casual, and entire families made the trip, even including the family dog. Modern drive-ins first popped up in Camden, New York, just prior to the start of World War II. After the war, the trend took off, providing movie goers over 4,000 locations nationwide by 1956. 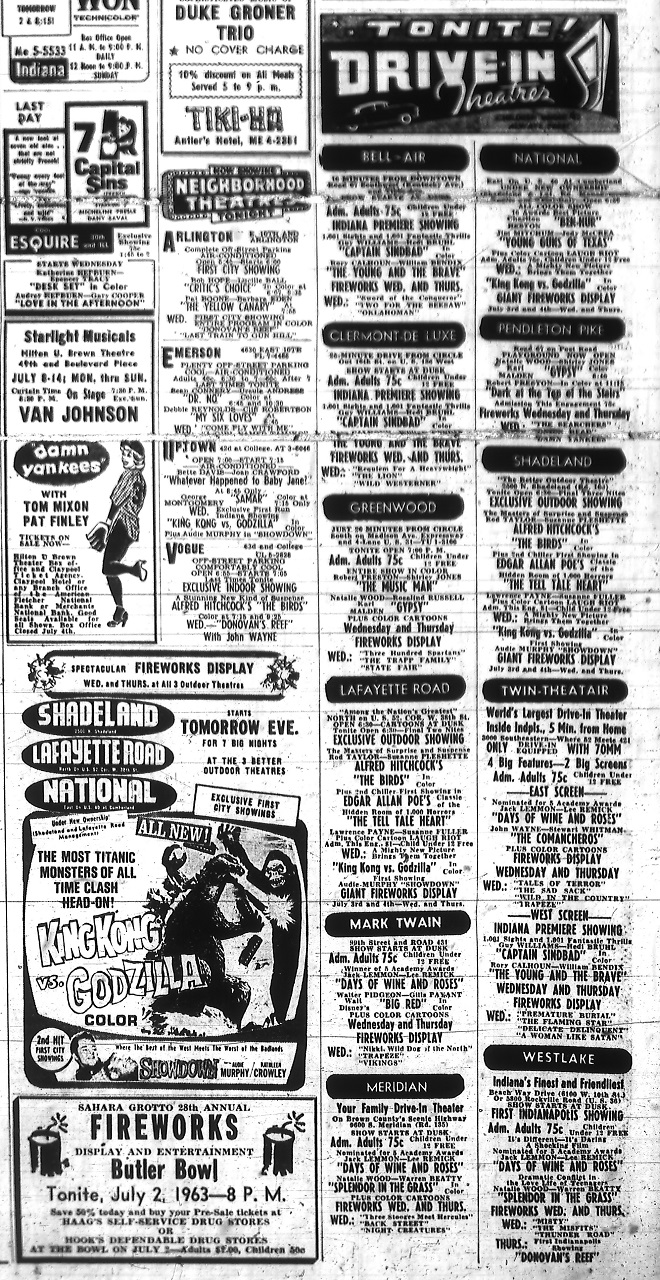 What happened to this once booming business? Several factors played into the demise of the drive-in theater. For one, the energy crisis of the 1970s greatly reduced leisurely drives. By the mid-eighties, VCRs and home movie rentals greatly reduced the cost and headache of family movie night. But the biggest reason may have more to do with location. When built, most of the aforementioned locations were on the outskirts of town. Over the years, fields and forests were replaced with housing subdividions and shopping centers.

There came a point where the value of land far exceeded what a seasonal mom and pop business could take in — especially anticipating retirement after thirty years in the business. Today, the vast majority of Indy drive-in sites feature some sort of big-box development. Daylight Saving Time and expensive digital projection equipment probably prevented any future growth. However, today folks can still enjoy a great night under the stars at the Tibbs Drive-in on the west side.

What was your favorite Indy place to take in a summertime flick? 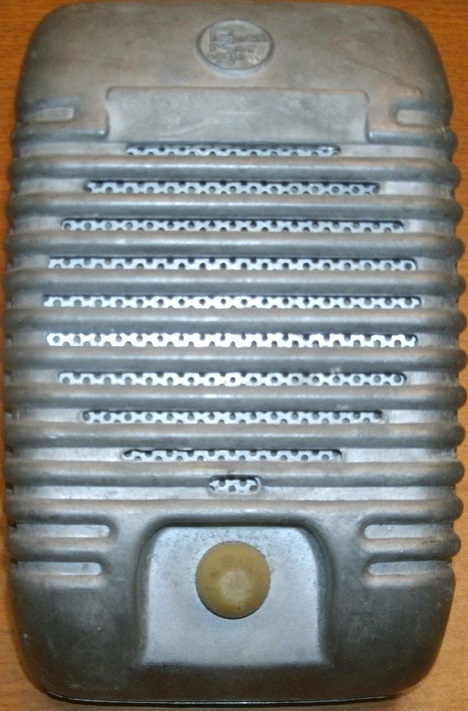 This was a common sight at drive-in theaters nationwide. The Projected Sound Company in nearby Plainfield, IN was a leading producer of drive-in speakers. Many of these were the targets of vandalism and inadvertent drive-offs. By the 1980’s many drive-ins began using low-powered FM radio stations to broadcast soundtracks. Projected Sound still makes public address speakers in Plainfield. (Image: eBay) 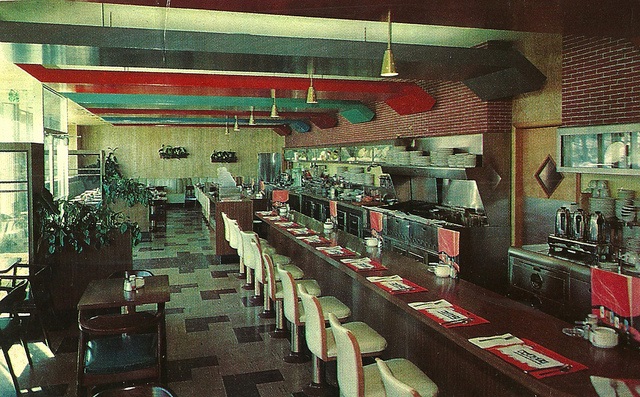