As we approach that spookiest of holidays, the subject of haunted places and ghost stories always come up. Whether you are a believer or skeptic, it’s always interesting to reflect on the history and reasoning of such tales. Often they are derived of extreme tragedy. Other times, the eerie appearance of an abandoned building brings about idle gossip. Indianapolis has its share of ghostly tales. Here are three legends that focus on the downtown area. 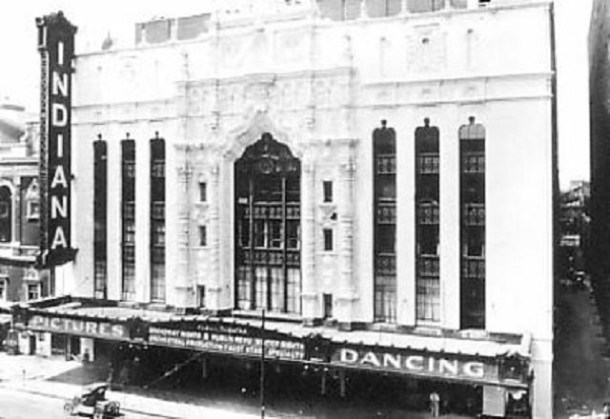 The Indiana Theater as it appeared in 1925, long before the hauntings began some seventy years later. (Image: Indiana Department of Natural Resources)

The Indiana Theater has been serving the community since 1921. Tales of the supernatural, however, did not surface until a fateful day in 1991. After staging movies and hosting ballroom dancing for over fifty years, the Indiana was spared demolition when the Indiana Repertory Theater took over the building. Tom Haas had been the company’s director since the move in 1980.

The New Jersey native came to the city via the Yale School of Drama, where he mentored young actors including Meryl Streep, Sigourney Weaver, and Henry “The Fonz” Winker. All seemed to be going well until a January day in 1991, when Haas was struck by a van while jogging on a foggy morning, succumbing to his injuries a month later. Around this time, strange things began to happen. To this day witnesses claim to hear the creaking of floor boards, as the spirit of the former director is said to jog around the mezzanine level of the building on cold and rainy days. 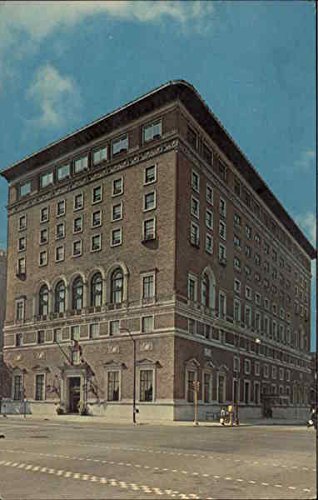 The Indianapolis Athletic Club. Judging by the street markings and signals this photo probably dates back to the late 40’s or early 50’s. (Image: Amazon)

Another paranormal hot spot dates back to the 1920s, but only in recent times has developed a reputation by those who believe in matters of the occult. In February of 1992, Indianapolis found itself at the center of national attention, as heavyweight boxer Mike Tyson was tried and convicted of rape. During the media circus, jurors spent the evenings sequestered in the Indianapolis Athletic Club. The club, tracing its roots to 1922, originally came about to promote sports and healthy competition, but over the years morphed into a social club favored by city Democrats. The massive clubhouse featured several hotel rooms that housed the jurors. On the evening of February 4, a fire was discovered in the third floor ballroom. Due to the materials used in construction and a lack of sprinklers, the blaze quickly escalated. By the end of the night, one hotel guest and two Indianapolis firefighters, Cpl. Ellwood M. “Woody” Gelenius and Pvt. John J. Lorenzano, perished in the flames. Despite the questionable timing, the fire was traced to a faulty refrigerator. Positive consequences of the tragedy, if there are such things, included the requirement of working sprinklers in all high rise buildings and an increased focus on the safety equipment used by firefighters. A not-so-friendly reminder is the reports by former staff members and guests of a ghostly presence of a young man trying to wake people up. After closing in 2004, the former clubhouse now houses luxurious condos. 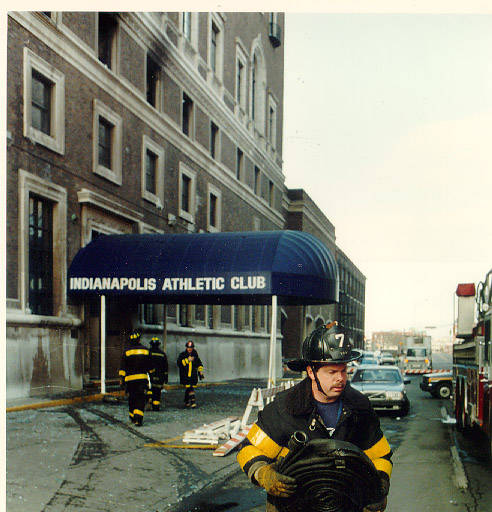 An Indianapolis fireman cleans up the aftermath of a fire at the Indianapolis Athletic Club that left three people dead. (Image: Indianapolis-Marion County Library)

The former St. Joseph’s Catholic Church has long been a fascination of downtown dwellers. The looming Gothic structure had stood empty and decaying on College Avenue for many years. The parish, founded in 1873, constructed the massive church in 1879. Things began to change after the turn of the twentieth century. Other parishes and a dwindling population didn’t help attendance. By 1949 the Archbishop Paul Schulte made the decision to close the church, due to a lack of membership. This wasn’t the end of the line. The Archdiocese of Indianapolis held on to the property. Although the towering spire and carillon were removed, the church remained a Catholic community center until the property was sold in 1986. The next twenty years saw multiple owners and severe neglect, perhaps adding to local ghost lore. The story goes that while the parish was in operation, nearly 100 worshipers experienced a Stigmata, the replication of the wounds of Christ in Christian belief, with blood appearing on their hands. This apparently was accompanied by loud noises. Perhaps parishioners were ashamed of imbibing too much communion wine, as there is no written record of this horrific event.  A better explanation would be neighbors gossiping about the scary-looking abandoned church down the street.

Thankfully the building has been saved. The St. Joseph Brewery & Public House recently restored the endangered structure. There has been no word on any bumps in the night, but anything is possible after sampling too many of the brewery’s wares.

These are just a few examples of Indy ghost stories. What has been your creepiest encounter? 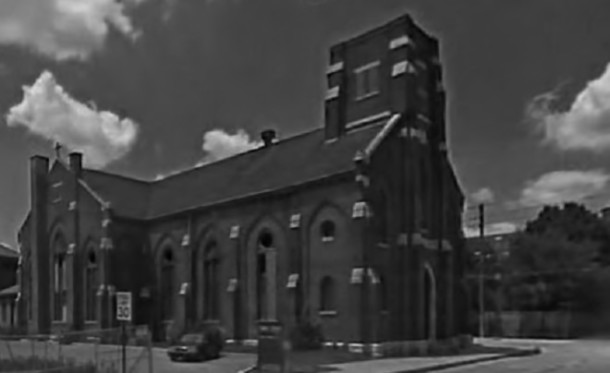 The dilapidated state of St. Joseph’s Church probably led to the wild speculation that the building was haunted.