Happy May 1st! As spring heads into summer, we start thinking of how to take advantage of the warm weather. Some sixty years ago, area teenagers participated in a deeply-rooted cruising culture as way to meet up with friends and show off their wheels. Drive-in restaurants, scattered on all sides of the city, provided hubs for socializing. The first of these establishments popped up way back in 1930, when The Peacock Restaurant on East 38th Street started serving patrons in their cars. These establishments mushroomed over the next thirty years. Many offered different gimmicks to attract crowds. Al Green’s on the east side, for instance, offered a free movie, perhaps to compensate for its advertised “same day service.” Today the majority of these once popular hangouts are relegated to the memories of those who spent their summers driving around with no particular place to go.

The Pole at Sixteenth Street and Lafayette Road began life as Spencer’s North Pole near 56th Street and Illinois. The establishment relocated to the west side in 1952 and remained a popular hangout until closing in 1970. (Image: Evan Finch) 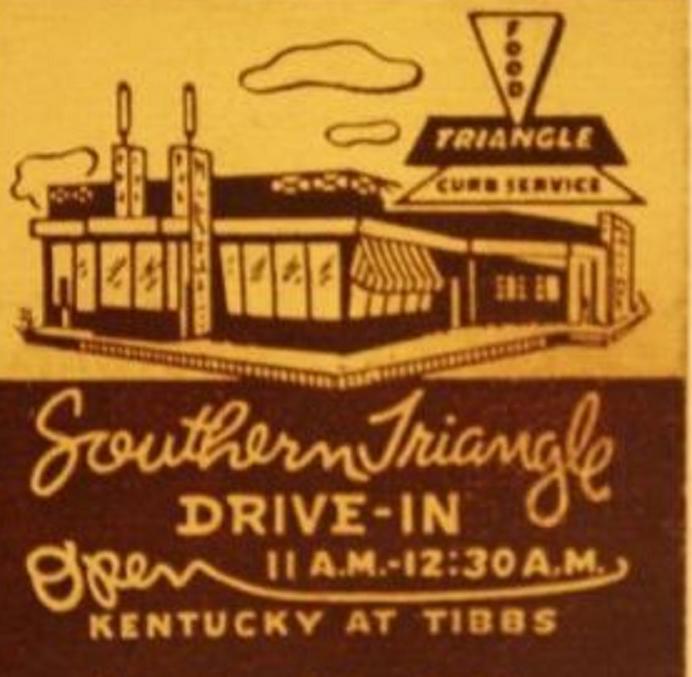 The southern triangle served the south side throughout the ’40s and ’50s. A popular north side haunt was the Northwood covered in detail here.          (Image: eBay) 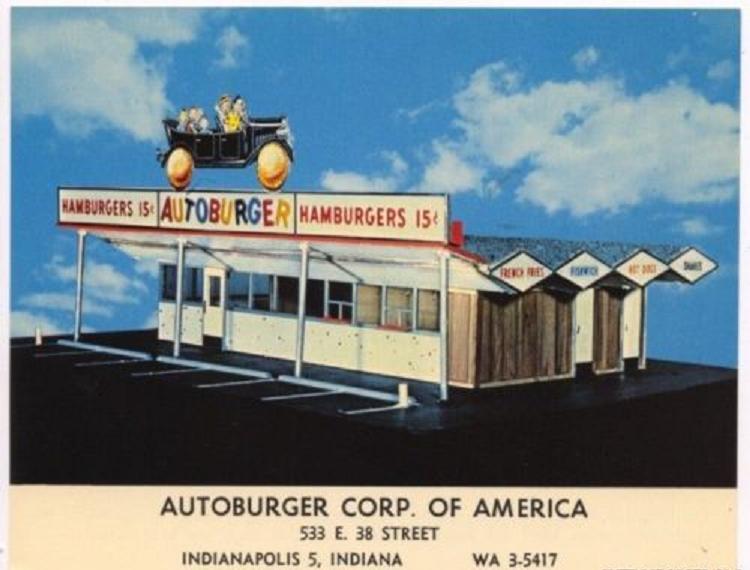 The only thing a franchisee had to provide for this early fast-food chain concept was the lot, utilities and employees. $33,900.00 would buy a fully equipped modular building that promised to bring in $150,000 in revenue every year! This appears to have been an empty promise as no listing can be found after 1959 and the building on the site appears to be of mid 1960’s vintage. (Image: eBay) 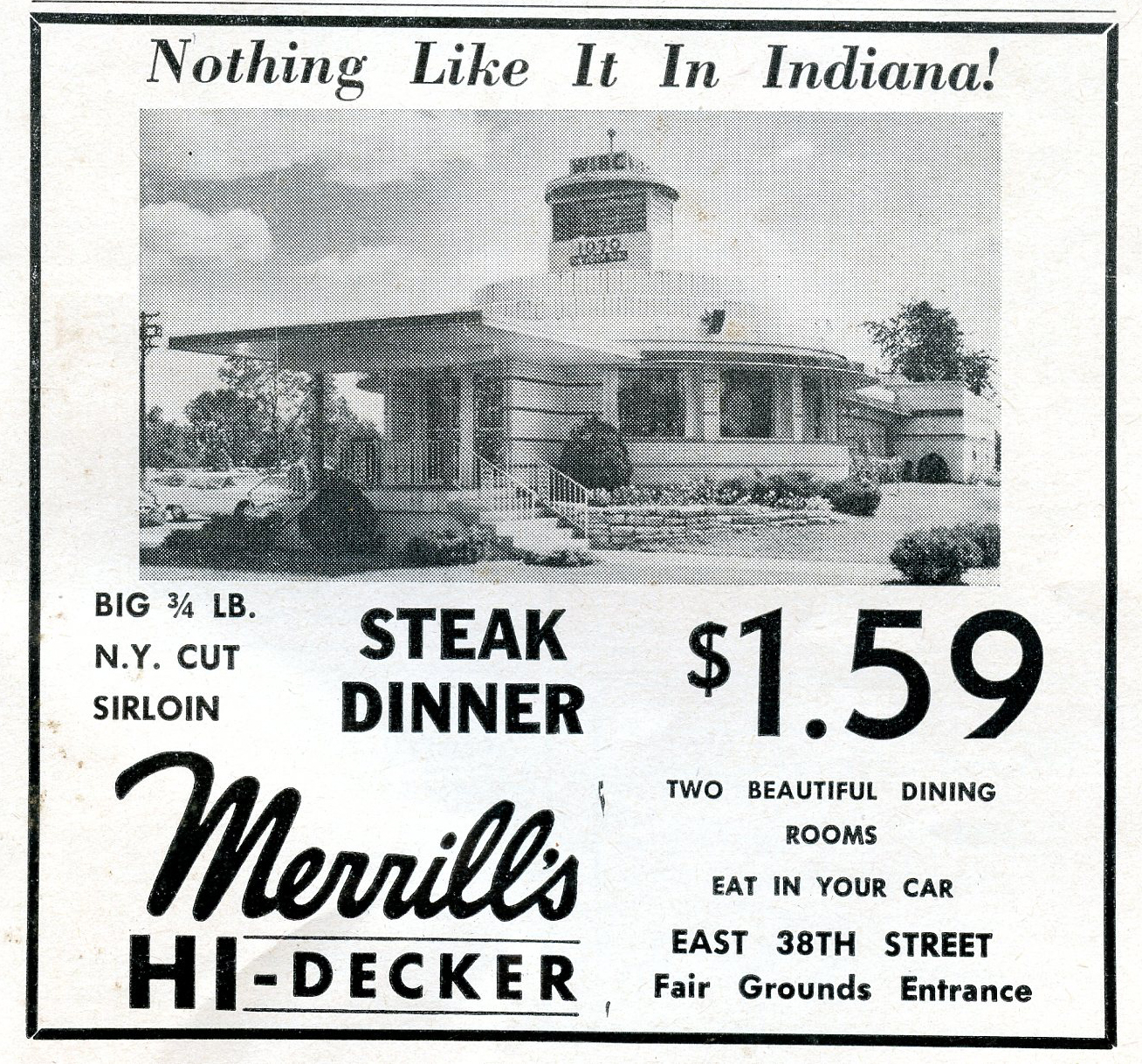 Merrill’s Hi-Decker, located directly across from the Fairgrounds had a unique gimmick to keep customers cruising in. WIBC disc jockey Dick Summer held court in a perch high above the restaurant. A regular feature of Summer’s show was the “make it or break it” segment. After spinning a new record, customer could vote by honking their car horns.  If “break it” won the record was shattered over the microphone and never heard again. (Image: Indiana State Library)

The granddaddy of Indianapolis drive-ins would have to be the Tee Pee. At the height of its popularity, the restaurant featured two locations.  The original and more famous was the wigwam-topped restaurant off of Fall Creek Parkway, directly in front of the Indiana State Fairgrounds. The second was on Madison Avenue, on the south side.  The restaurant served up Big Chiefs and cherry 99’s until 1980.  The State Fair removed the building in 1988, and the loss is still lamented among area residents. (Image: Amazon)

The hot rods and carhops have been replaced by work vans as an auto dealership now occupies the former Pole drive-in restaurant.

As the Sixties gave way to the Seventies, many national fast food chains, such as McDonald’s and home-grown Burger Chef, began installing drive-thru windows. As the proprietors of the drive-ins grew older and the pace of life accelerated, the majority of these hangouts succumbed to development and changing tastes. Today one can visit the venerable Mug n’ Bun on the west side or Edward’s down south to get a taste of nostalgia.

What are some of your favorite stories from the height of the auto age?