If you happen to see some superheroes or gunslingers walking around this weekend, please, have no fear. It’s time for the 48th annual Gen Con to kick off in Indianapolis, meaning downtown will be full of con-goers providing a fun distraction for Indy residents. The event will bring nearly 60,000 table top game enthusiasts downtown, making it one of the largest conventions of the year. Attendees can often be seen roaming the streets dressed as their favorite fictitious characters. It truly adds to the ambiance of the city for one weekend, and everyone, gamers and non-gamers alike, enjoy the show.

Indy has long catered to conventioneers. In fact, one publication greeted arriving guests for over sixty years promoting area attractions. Let’s take a look some of the sites that hypothetically would have greeted a gamer fifty years ago.

None of these haunts can be found in their original forms now. Riverside Park closed in 1970. The Storybook Zoo, which became the Indianapolis Zoo, moved from Washington Park in 1988, and the Indianapolis Indians moved to a new Victory Field in 1996. The 1965 team finished a disappointing 70-78 as the top affiliate for the Chicago White Sox. (Image: Indiana State Library) 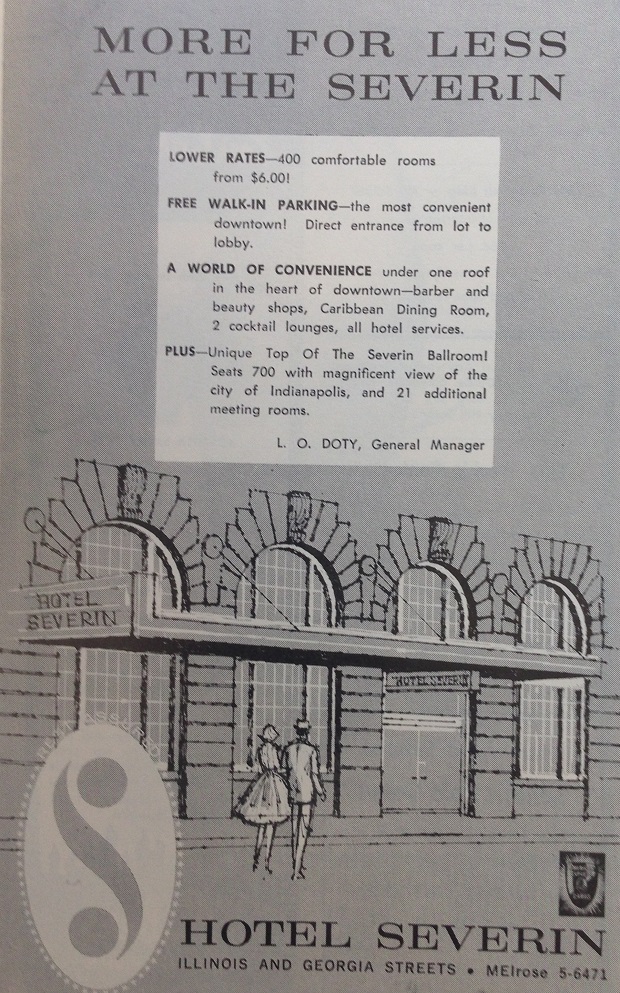 The Hotel Severin is still checking in guests today although, you now enter on the opposite side of the building. The former lobby became a ballroom after a renovation in 1988. (Image: Indiana State Library) 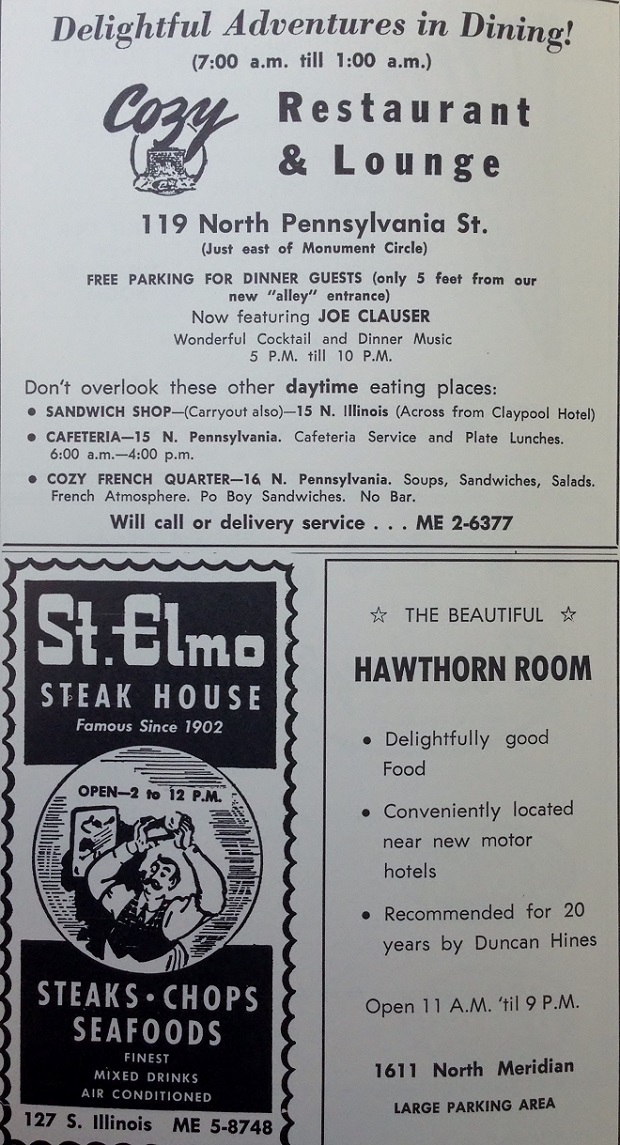 Some suggestions on where to eat. We all know about St. Elmo, and many remember The Cozy. You entered the bar in an alley (Wabash Street). The bar moved across Pennsylvania Street in to the parking structure that replaced the Ober building in 1996. The original location is being converted into a Home 2 Suites by Hilton. (Image: Indiana State Library)

The three remaining downtown theaters were still showing the biggest movies of the day in 1965. Although no longer showing movies, the Indiana and Circle have been restored.  Sadly the Lyric was destroyed in 1970 for a parking garage. (Image: Indiana State Library) 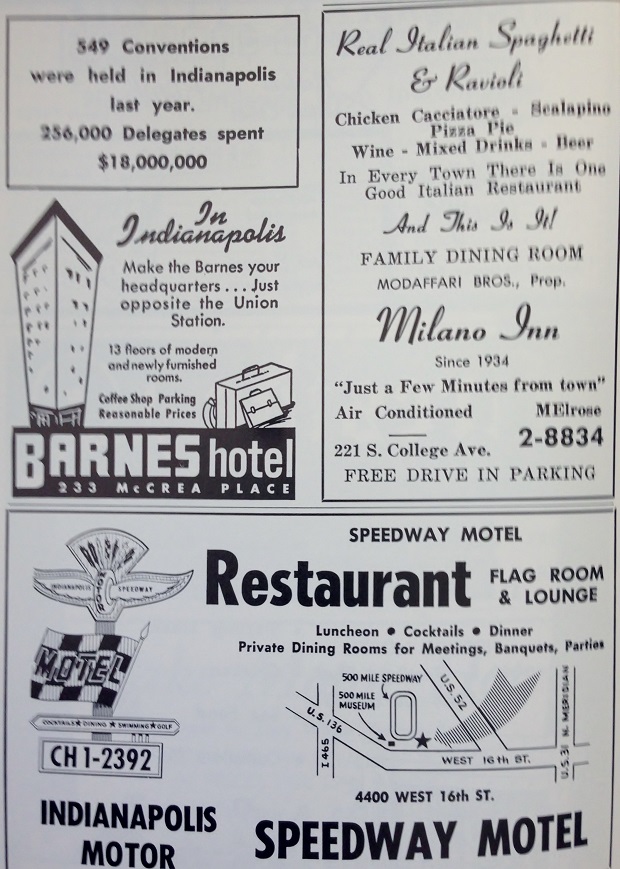 Visit Indy contends that the 590 conventions hosted in 2013 drew some 1.14 million people or over four times as many that visited in 1964. Of the three businesses, the Milano Inn and Speedway Motel Restaurant still exist (minus the motel portion and now part of The Brickyard Crossing). You may not have heard of the Barnes Hotel, but may have danced the night away at Ike and Jonesey’s, which is located on the ground floor. The hotel was converted to offices in the 1980’s, but you can still make out a faint advertisement painted on the side of the building. (Image: Indiana State Library) 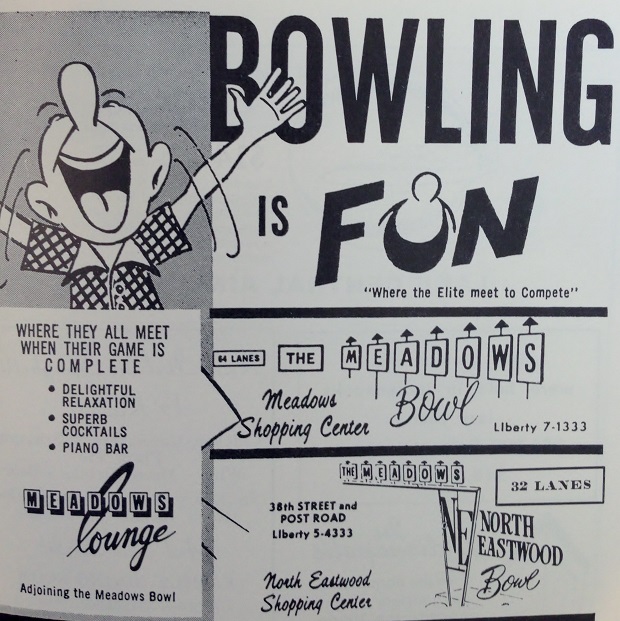 Yes, bowling is fun, but not at either of these locations today. After twenty years of decline, the shopping center was demolished in 1992 after sitting vacant for several years. The North Eastwood Shopping Center still stands, but is largely vacant. The last listing of the bowing alley was in 1994.(Image: Indiana State Library)

Do you have any memories of these former attractions?