Tonight the Indiana Fever will try to extend its quest for a second WNBA Championship. Although women’s team sports have struggled throughout history to gain traction, the winning ways and intense game day environment have helped the Fever gain a place in the heart of many an Indy sports fan. Women’s basketball has always thrived in the state at the amateur level. The first high school girl’s basketball team was established at Shortridge High School during the 1898-99 school year. Until the Great Depression, many high school girls’ teams shared billing with the boys in Indiana gyms on Friday and Saturday nights. Since being reintroduced in the 70’s, Indiana continues to produce a substantial amount of talent, and Notre Dame University and Purdue University are often championship contenders. Until the creation of the WNBA in the 1990’s, there have been few opportunities for women to play professional team sports. That said, there have been a couple of historic moments when brave women have stepped across the gender divide in an attempt to play with the boys. 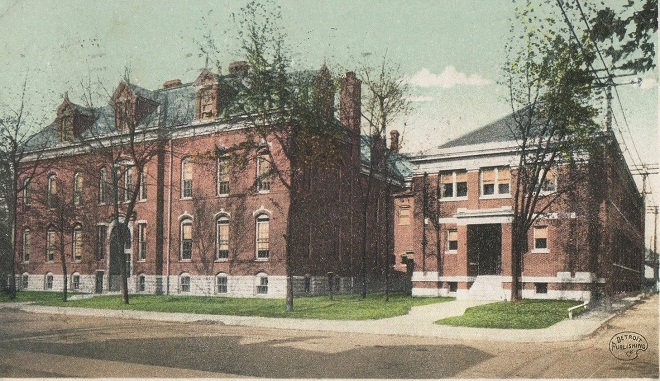 How Shortridge High School appeared in 1898, when it stood at Pennsylvania and Michigan Streets. Today it is the site of the Minton-Cspehart Federal Office Building. (Image: Amazon)

In 1953, the Negro Baseball League was in serious decline. Of everything positive that came from the integration of Major League baseball by Jackie Robinson six years prior, one unintended consequence was the relegation of these leagues to minor league status. In 1948, the Negro American League had folded, leaving the only the National League. The Indianapolis Clowns were probably one of the most widely known franchises at this time, due to its barnstorming across the country, much like basketball’s Harlem Globetrotters. Still, they needed a gimmick to help fill seats. That’s why General Manager Syd Pollock called on a rough and tumble tomboy from St. Paul, Minnesota, to take over the duties of second base, a position occupied by Henry Aaron the previous season. Toni Stone signed with Clowns in 1953. Although often relegated to exhibition play and a few token innings, Stone managed to play fifty games and maintain a batting average of .243. Stone was sold to the Kansas City Monarchs the following year, but her brief appearance in Indy was enough to seal her fate as the first woman ever to play professional baseball. Stone was enshrined in the International Women’s Hall of Fame in 1985. The Clowns went on barnstorming even after the Negro National League folded, until ceasing operations in 1989. 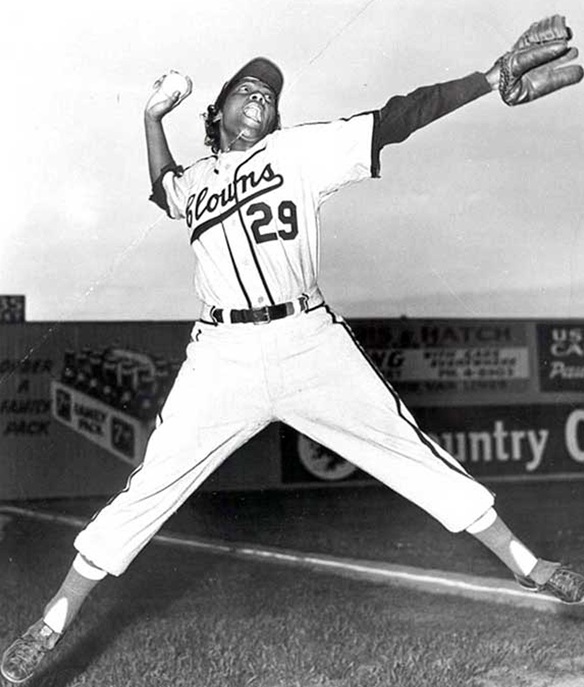 By 1979, the Indiana Pacers were having similar problems to what the Clowns were facing some twenty five years earlier. After merging into the NBA, the former ABA team was stripped of its super stars, shut out of television money, which produced some moribund basketball teams, which lead in turn to dwindling crowds at Market Square Arena. After an infamous telethon to keep the team alive occurred in 1977, the team was looking for a little good publicity. This came to form in September of 1979 at Hinkle Fieldhouse. The Pacers were holding rookie tryouts, but this time in front of throngs of television cameras and flash bulbs. Days earlier, team owner Sam Nassi called on Ann Meyers, the 1978 National Player of the Year for the UCLA Bruins, to try out. On September 5th, Meyers became the first female to sign an NBA tryout. Meyers did not back away from the competition. She lasted several days, surviving the first round of cuts, until finally succumbing. Despite the disappointment, Ann Meyers’ spot in history was sealed. She went on to have a successful broadcasting career and today serves vice president of the Phoenix Suns and Phoenix Mercury.

These are just a couple of highlights in the history of women athletes in the Circle City. What are some favorite moments of yours?