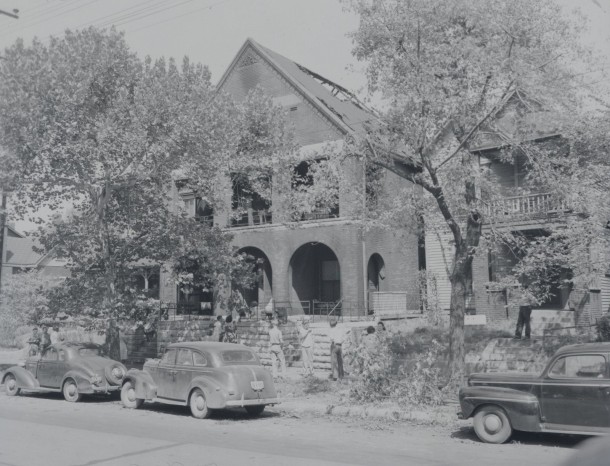 People gather to look at the fire-damaged Briggs Flats in this August 30, 1948 photograph. The brick, Romanesque Revival apartment building was constructed at 546-552 Fletcher Avenue in 1893. It featured an arched porch and terra cotta ornamentation along the gable. (Indianapolis Fire Department Collection) 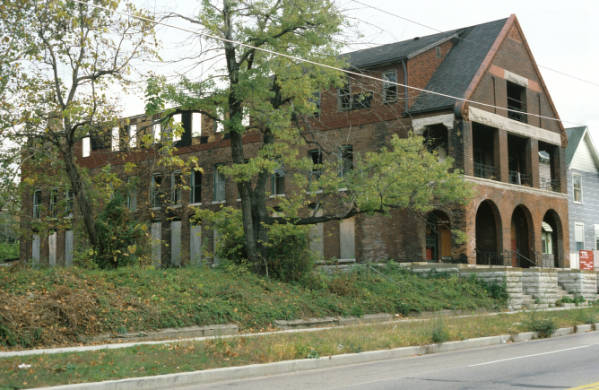 The building was repaired after the 1948 fire, but by the 1970s it was abandoned and became a victim of arson and vandalism. (Indiana Landmarks, 1982)