The Urban Dictionary defines a time suck as “Something that’s engrossing and addictive, but that keeps you from doing things that are actually important, like earning a living, or eating meals, or caring for your children.” The panoramic photograph collection at the Indiana Historical Society fits the bill as I can lose hours of my life zooming in on details in the nearly 500 digitized photographs. These photographs were made with cirkut cameras, rotating cameras that captured a panoramic image by pivoting horizontally, while a roll of film moved across the film plane. Learn more about how they were made on this Library of Congress page.

Massachusetts Avenue in ca. 1906, Courtesy of the Indiana Historical Society, Bretzman Collection. Click the photo then zoom in for a larger view.

This 9″ x 34″ rolled up cirkut negative was a little worse for wear in 1990 when the Indiana Historical Society received a grant to preserve and duplicate hundreds of cirkut photographs. Although the nitrate negative was cracked and had image loss along the bottom edge, it was carefully copied and later scanned at high resolution. The view looks north at the 300 block of Massachusetts Avenue and is wonderful documentation of the buildings when they were just a few decades old. Based on a poster, the date is estimated at about 1906. We previously featured the north side of the street (best known for Stout’s Shoes), but under closer inspection the Hammond Block can be seen to the right. 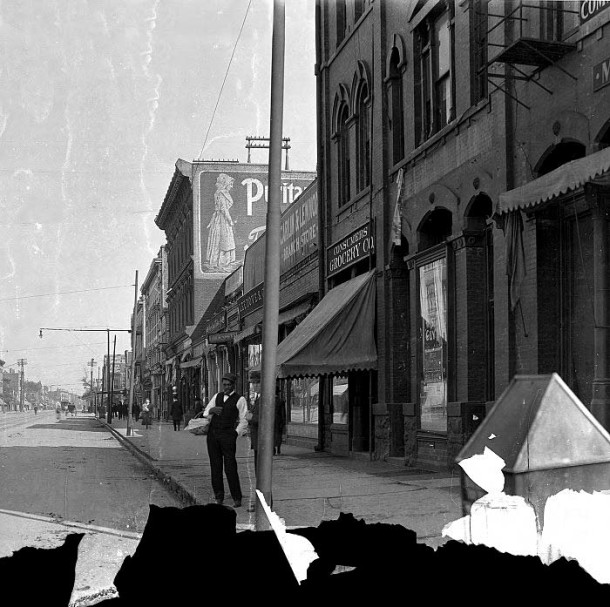 Although just partially visible, the distinctive windows on the right are clearly those of the Hammond Block, built in 1874 by Rezin R. Hammond. Most of the other buildings seen here have been replaced. In 1906 they housed businesses such as Consumers Grocery Company, a locksmith, Lee Dove and Company (cloaks), and Carlin and Lennox Branch Store (pianos and musical merchandise). 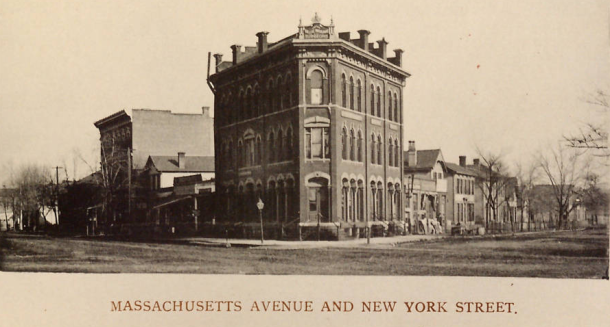 The Hammond Block Building as photographed in 1888. Courtesy of IUPUI University Library.

Shortly after its construction in 1874, Dr. J. Swigart bought the brick Italianate building which became his residence and office. Through the years the flatiron building housed many businesses including John Whitson’s Saloon (1886), Lee Quaon’s Laundry (1887), and the Central College of Physicians and Surgeons (a forerunner to the IU School of Medicine), which used the upper floors from 1887 to 1891. 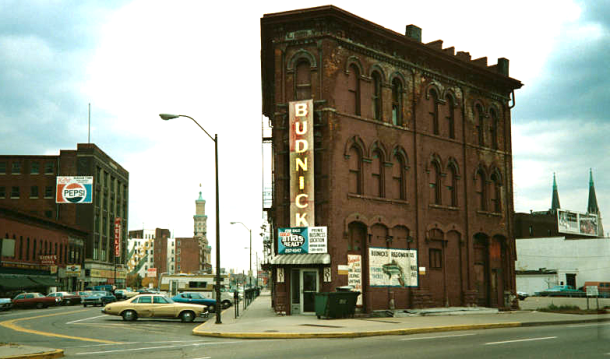 In 1945 Joe Budnick planned to open a liquor store in the aging building, but could not get a liquor license due to its proximity to churches. Instead, he opened a fishing supply store that operated on this site until the 1970s. In 1979 the structure was slated for demolition but attorney Henry Price stepped up and purchased the nearly 100-year-old Massachusetts Avenue landmark. 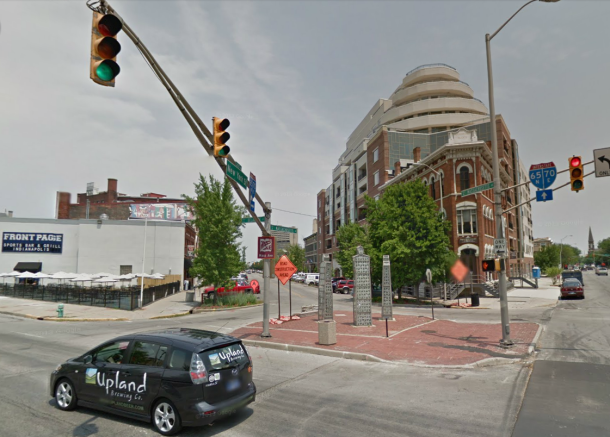 Under the guidance of Schmidt-Claffy Architects, the three-story structure returned to its former glory. Exterior improvement included reopening the bricked-up windows, stripping the bland brown paint, and rebuilding the stairs to the raised, first-floor doorways. The building was placed on the National Register of Historic Places and received several preservation awards. Since 1985 Henry Price’s law firm, today known as Price Waicukauski & Riley, LLC, has occupied the 1870s building. 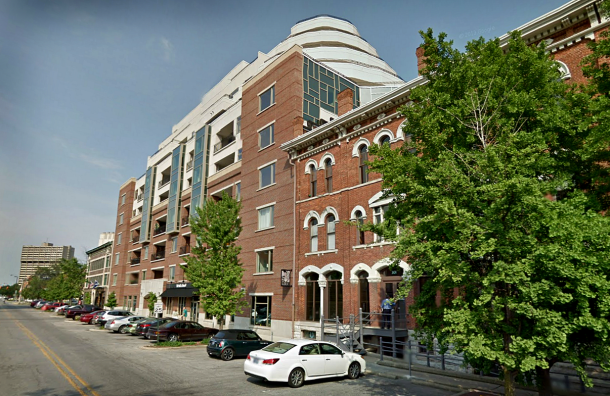 Surface parking lots eventually replaced the smaller, one-story buildings northeast of the Hammond Block. In 2007-2008 the empty space was filled with a mixed-use retail/condominium complex named 3 Mass. Set-backs on the upper floors slightly disguise the mass of the ten-story structure, but unfortunately the ship-like building overpowers the historic Hammond Block. The first-floor commercial space of 3 Mass houses Bazbeaux Pizza and Ball and Biscuit (a bar named after a unique 1930s microphone). The three-story Massala Building to the left is home to Edit Point (a recording studio) and MacNivens, a Scottish-American restaurant and bar. Seen to the far left is Barton Tower.

For another view of this block in about 1915, revisit Indianapolis Then and Now: The Old Pump.