Indianapolis Then and Now: Intersection of St. Clair Street and Massachusetts & College Avenues 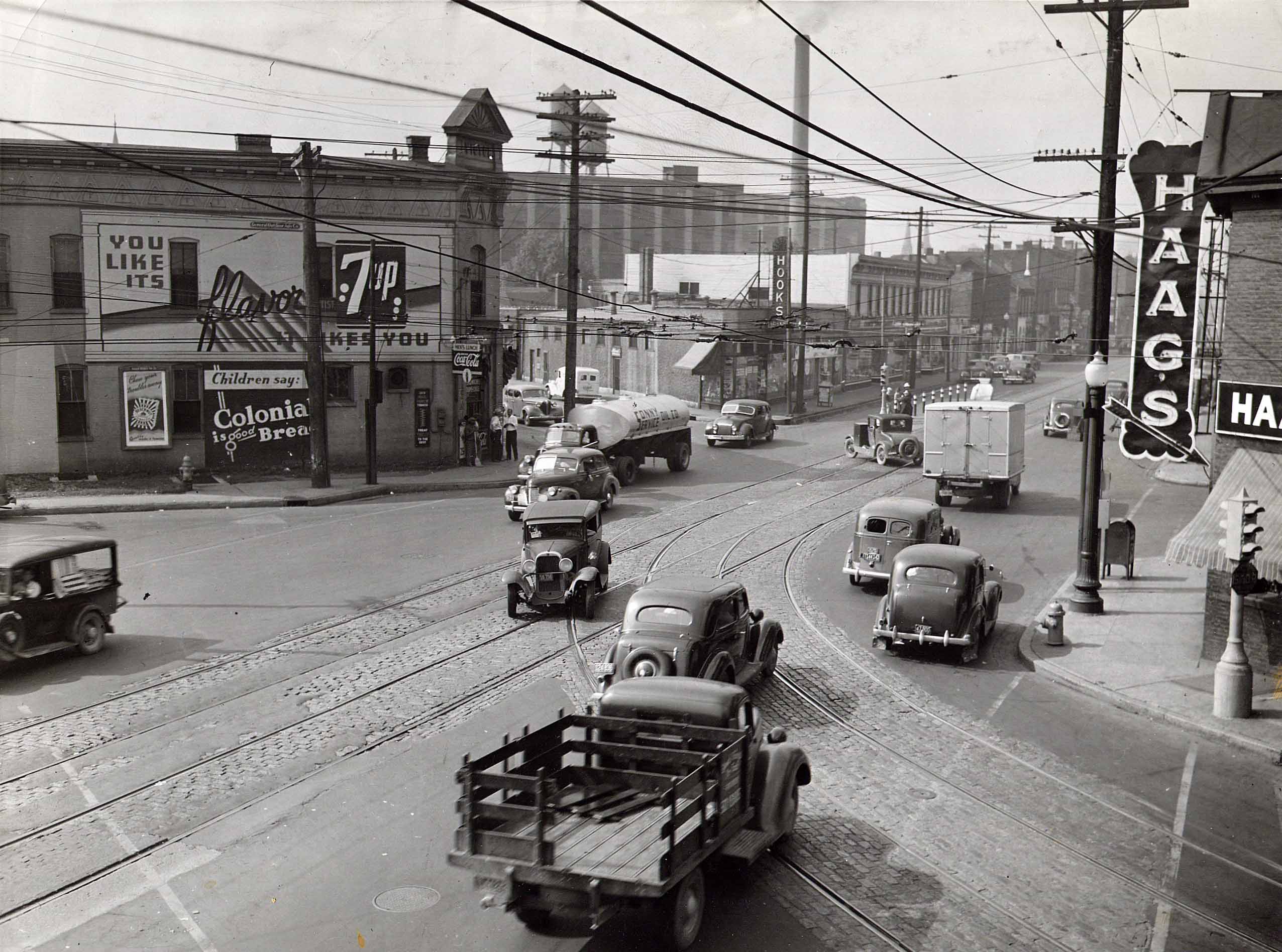 With its prominent angling avenues creating many three-street intersections, it’s rather surprising that Indianapolis does not have any neighborhoods known as “Six Points.” But, newspaper searches and perusals of older history books reveal no such nicknames for intersections, such as this one at Massachusetts Avenue, N. College Avenue, and E. St. Clair Street. 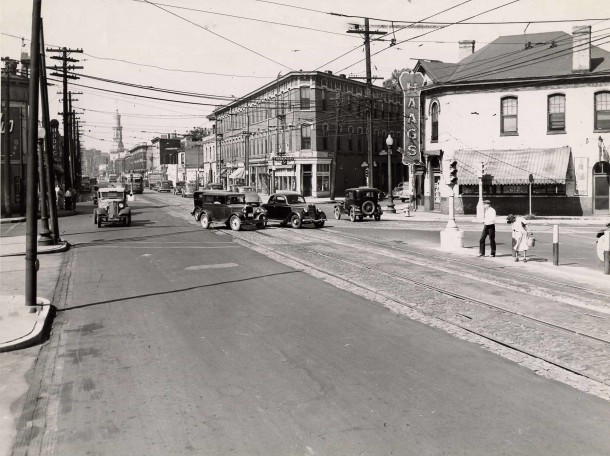 If not for the distinct tower of the Murat Shrine Temple in the distance, younger residents would not recognize this view of Massachusetts Avenue looking southwest toward downtown. The street beyond Haag’s Drugs is E. St. Clair Street and seen beyond the people to the right is College Avenue. Located in the center of the image is the brick, three-story Carter Building. Cars date this image to about the mid-1930s. Note the trolley headed up the tracks in the distance. This photograph was taken in front of the Massachusetts Avenue State Bank (now the Art Bank), best known for one of John Dillinger’s early robberies with a take of $24,800 on September 6, 1933. 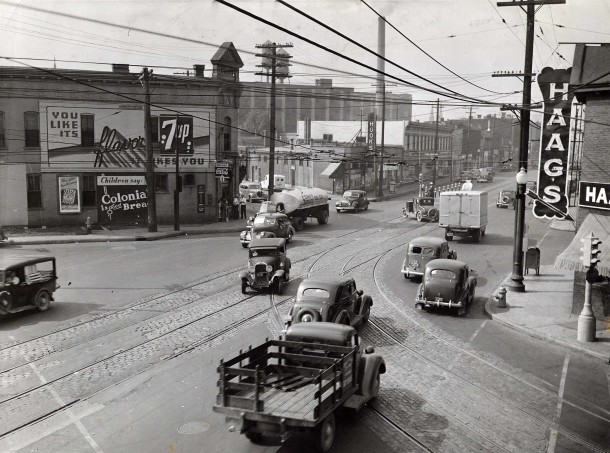 Taken from a slightly elevated view, this later photograph shows the same intersection with the camera pivoted a little to the left. The 7-up mural on the Victor Building, helps date the image to after 1936 when the slogan “You Like It, It Likes You” was first used. The license plates appear to be from 1940. 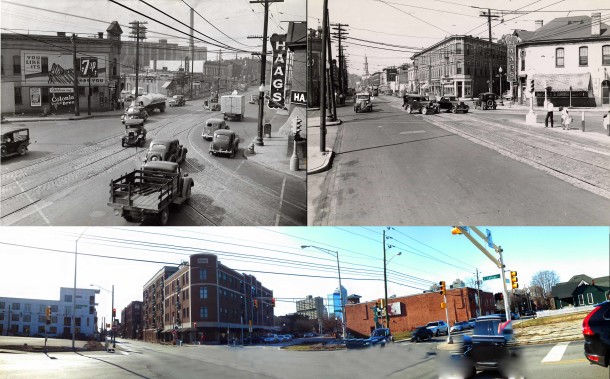 From left to right:
1. 747 N. College Avenue – The former site of the Victor Block and Bar has been a parking lot for decades but Milhaus Construction is slated to break ground in Spring 2015 on a 42-unit, five-story apartment building designed by DkGr Architects. It will include 8,400 square feet of commercial and retail space.

3. Firefighters Parking Lot – After several meetings with the Indianapolis Historic Preservation Commission, the Firefighters Union received permission to keep the site as a parking lot–with improvements such as screening, landscaping, and a sculpture. The lot will be available in the evenings for neighborhood events and Fringe Theater activities.  Previously the site contained a two-story commercial building that later housed Haag’s Drugs.

Massachusetts Avenue (commonly known as “Mass Ave”) has come a long way from its early commercial roots, described as the “Heart of the Low Rent District” by one early tenant; to storefronts filled with colorful scarves and signs for gypsy fortune tellers in the 1950s; to seedy bars and flop houses in the 1970s; art galleries in the 1980s and ’90s; and to the present upscale shops, bars, restaurants, and theaters.

What are your favorite memories of Massachusetts Avenue? We get many requests for old photographs of any business on Mass Ave…but we suspect that they’re still hidden in your photo albums and shoeboxes. Dig them out and let us scan them for future columns!