Imagine the horror of Greek immigrant Alexandrine Cafouros upon learning that her husband’s restaurant, the “Devil’s Cafe,” did not mean what she thought. The non-English speaking wife assumed that the name corresponded to de ville in French meaning “of the city.” When she discovered the truth she strongly objected, leading to a unique compromise.

Pantelis L. Cafouros (left) and wife Alexandrine “Aline” (third from left) were among a handful of Greek residents living in Indianapolis at the turn-of-the-century. Cafouros, a waiter at the Claypool Hotel, opened a restaurant by 1909 on West Maryland Street just west of Illinois Street. The restaurant featured home cooking and “the best coffee,” as seen on the awning. To pacify his wife’s concern about his choice of a business name, Pantelis offered up a new name “The Paradise,” thus the restaurant with a split personality was born. The restaurants were located in two bays of a one-story brick structure, adjacent to a Chinese laundry.

Mrs. Cafouros worked in the new restaurant and the businesses thrived until the early 1920s when Pantelis died at about age 44. Aline lived an additional fifty years and supported her four children by running a confectionery and later sewing and washing clothes. It is interesting that the devil, and presumably an angel, depicted in the ovals on the sign had been painted out on this circa 1915 photograph. 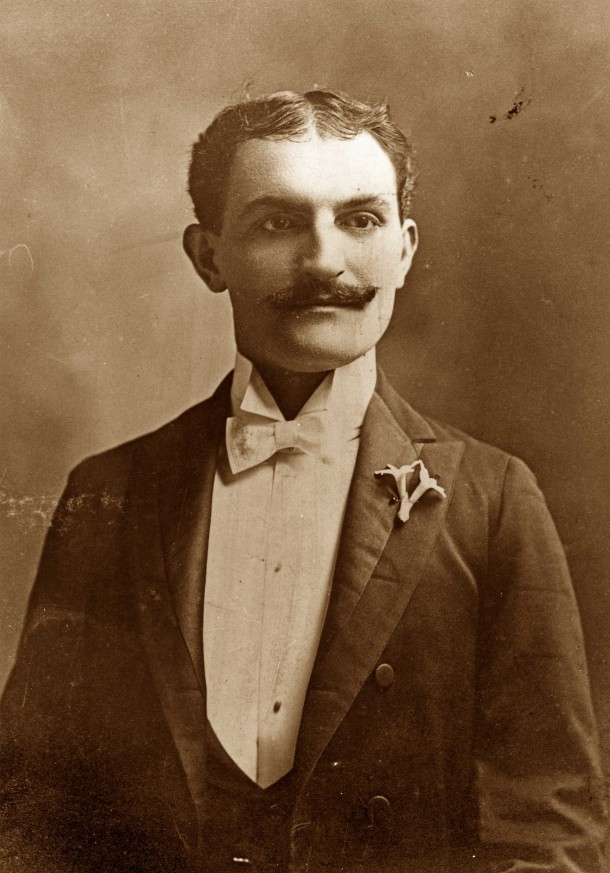 According to family members, Cafouros immigrated to St. Louis during the Panic of 1893 and later settled in Indianapolis where his wife joined him in 1910. Pantelis, who spoke seven languages, started a school in Indianapolis to teach English to immigrants. He frequently served as an interpreter in court cases and business deals. Following Greek tradition, Pantelis celebrated the birth of son Telemachos “James” Cafouros in 1911, with fireworks launched from the roof of the Devil’s Cafe, drawing a large crowd and some controversy for favoring a son. Two years later the birth of son George was celebrated with fireworks at the Soldiers and Sailors Monument. No mention is made of fireworks for the birth of daughters Athena and Helen. 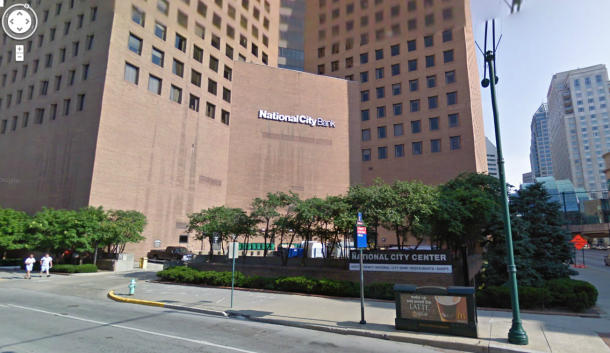 From aerial photographs it appears that the Devil’s Cafe building was demolished in about 1960 and was a parking lot until contractors completed the Hyatt Regency in 1977. The old restaurant site is now a service entrance to the Hyatt. The mixed-used building was completed in 1977 and designed by architectural firm Browning Day Pollak Associates. Today the building is called the Hyatt Regency Indianapolis/PNC Center (replacing National City Bank as seen in this 2009 photograph). The circular upper floor houses the Eagle’s Nest, a rotating restaurant.