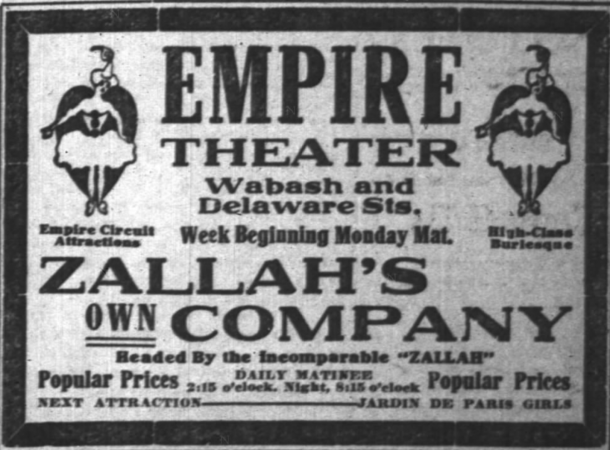 Name of Business: The Empire Theater

Notable: Promising a bevy of pretty and sprightly girls, the star attraction, Zallah, featured her own company. A review from George Slaughter republished in the Indianapolis Freeman shortly before the engagement promised “the most meritorious and original show to ever be performed on the burlesque circuit.” A Cabaret Rehearsal” and “The Un-kissed Oriental” where the titles of the two musical reviews performed. Zallah was an Egyptian dancer whose act catered to African American audiences. 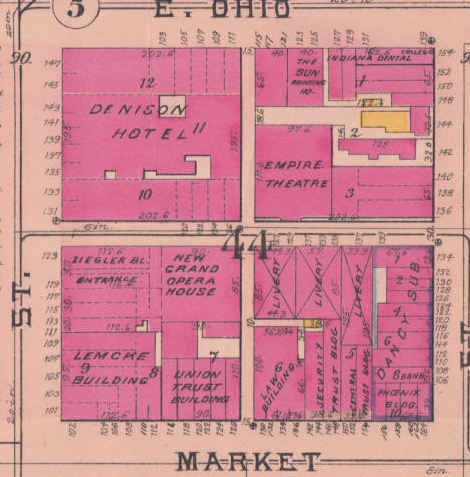 Also of Note: The Empire Theater had a fitting location, located off of the main streets in a dark alley. Burlesque was considered a taboo form of entertainment a century ago. Despite showing motion pictures and vaudeville acts, the theater came under the scrutiny of the public eye by the 1920’s. Around 1930, the building was converted to a parking garage and remains standing today just west of Delaware Street. To read a detailed history of the Empire Theater, click here. 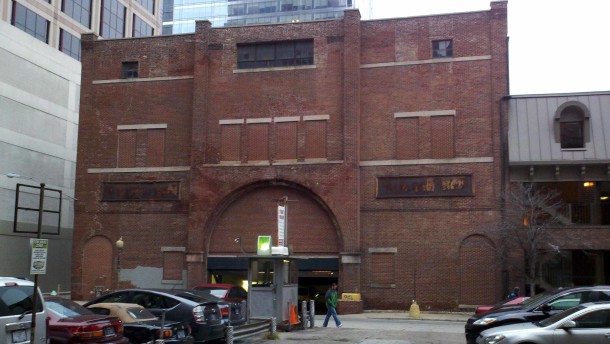 The Empire Theater as it appears today. 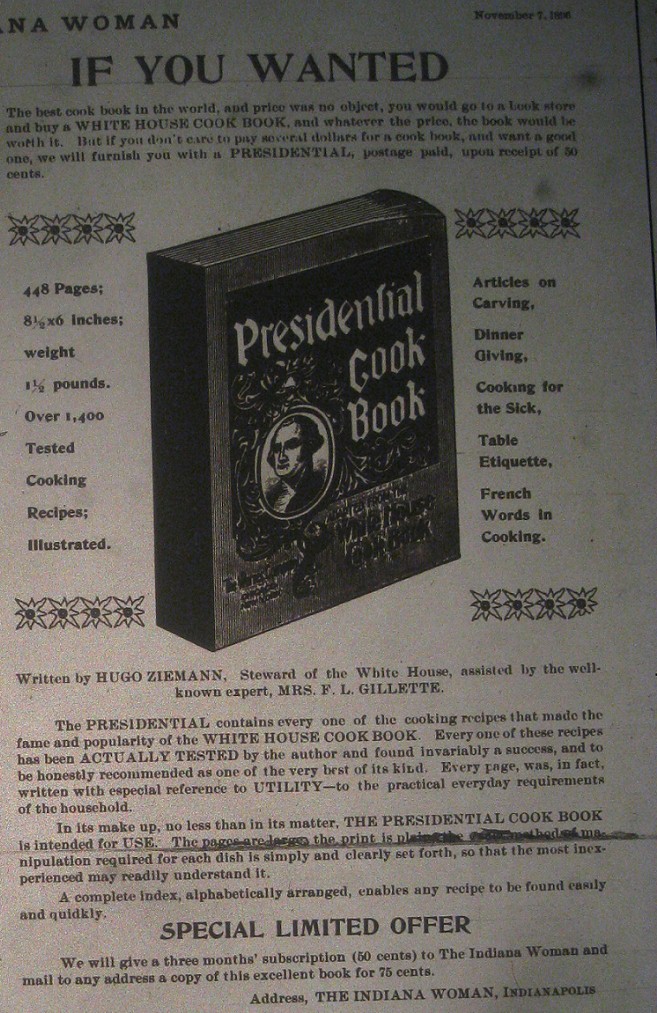