Colonel Mustard… in the Library… with a Button Hook.
Wait. What’s a button hook?

Long before the invention of spandex and Velcro, our ancestors wore a number of button-up garments, such as shoes, dresses and gloves. A Victorian era lady could take hours to dress. Without the assistance of a button hook (such as the one above recently found on eBay) to assist her with buttoning her garments, a corseted lady who didn’t have a maid to help her dress might never get downstairs to dinner. 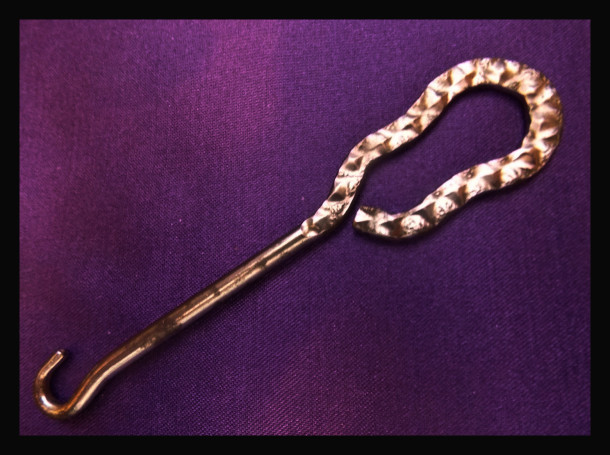 The basic design of a button hook was comprised of a handle and a “hook” or metal rod with a small three-quarter round protrusion to catch around the button and pull it through the button hole. Button hooks came in a variety of styles — fancy to purely practical — and they were a popular advertising premium for department stores and shoe shops. The featured Indy advertising item this week is a button hook from the William H. Block Company — an Indianapolis-based department store founded in 1907. 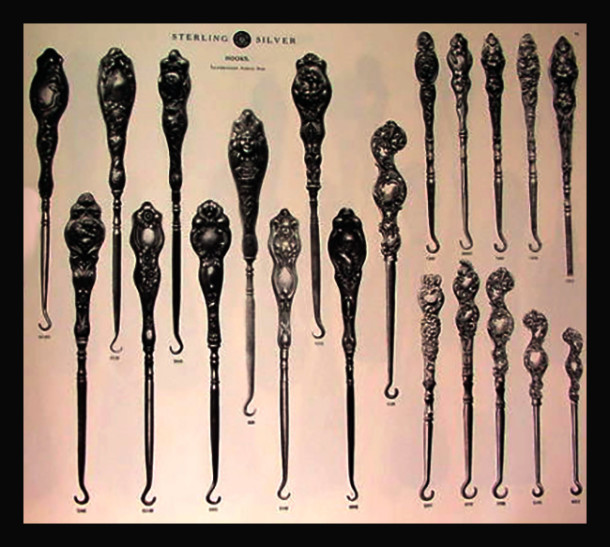 Do you remember Block’s?

Hungarian-born William H. Block (Herman Wilhelm Bloch) came to Indianapolis in 1896 and opened a small dry goods store.  At the time of the 1897 city directory, the Wm. H. Block Co. was located at 7-9 East Washington Street, and the Block family resided at 957 North Pennsylvania Street.  Around 1900, Block annexed an adjacent building, which doubled the size of the business and in 1907 was incorporated as the William H. Block Company. The company opened an eight-story building at Market and Illinois Streets, across from the Traction Terminal in 1910.

Block was admired by his peers, who considered him a progressive visionary in the retail industry at the time. He established fixed prices with a small markup on merchandise and encouraged a quick turnover of goods.

Block was one of the founders of Merchant’s Heat and Light Company (a forerunner of Indianapolis Power & Light Company) and was a generous contributor to Riley Children’s Hospital and Butler University. 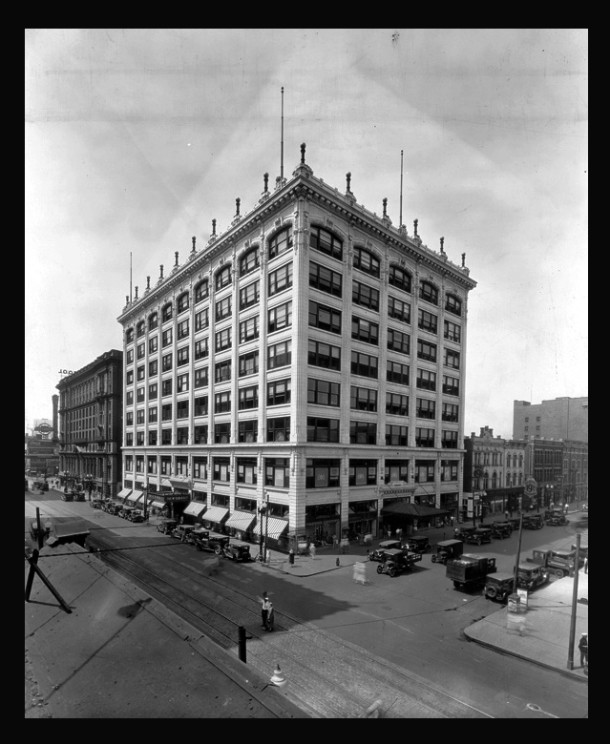 Block died in 1928, and his sons, Meier, Rudolph and Edward took over the business. Block’s continued its expansion from the 1930s through the 1950s and opened several suburban stores, as well as some appliance stores. In 1962, the Block brothers sold the company to New York-based Allied Stores Corporation. The company went through several corporate changes from the 1960s through the 1980s.  The downtown store was closed in 1993.

BUTTON HOOK HOLDER FOR SHOES. PATENT NO. 317,451. Patented May 5, 1885.
UNITED STATES PATENT OFFICE.
MAMIE F. FREY, OF INDIANAPOLIS, INDIANA.
BUTTON-HOOK HOLDER FOR SHOES.
SPECIFICATION forming part of Letters Patent No. 317,451. Dated May 5, 1885.
Application filed February 14, 1885. (No model.)
T0 at whom, it may concern:
Be it known that I, MAMIE F. FREY, of Indianapolis, Marion county, Indiana, have invented a new and Improved Button-Hook Holder for Shoes, of which the following is a full, clear, and exact description: The object of my invention is to provide a new and improved attachment for shoes, for the purpose of holding the button hook on the shoe. The invention consists in the combination, with a shoe, of a band on the leg portion of the shoe, an incision, through which the buttonhook can be passed, being provided in the leather below the said band, all as hereinafter fully described, and pointed out in the claim.

Reference is to be had to the accompanying drawings, forming part of this specification, in which similar letters of reference indicate corresponding parts in all the figures. Figure 1 is a side view of a shoe provided with my improved button-hook holder. Fig. 2 shows a modification of the same. A band, (A) is sewed or otherwise secured on the outer side of the leg part of the shoe (B) and behind the ankle and below the band a small incision (C) is made. The button-hook (D) is passed under the band and through the incision, the button-hook passing between the leather and lining, and the eye or ring (E) of the hook being between the band and leather. The band A may be made of leather or of elastic material. In place of securing the band on the shoe, the band may be formed by making two cuts (a) in the leather, as shown in Fig. 2.

The button-hook is held securely, is always at hand, cannot be lost, and does not interfere with walking, jumping, dancing, &c. Having thus described my invention, I claim as new and desire to secure by Letters-Patent– A shoe provided with a band on the outer surface of the leg portion, and having an incision below the band, substantially as herein shown and described. 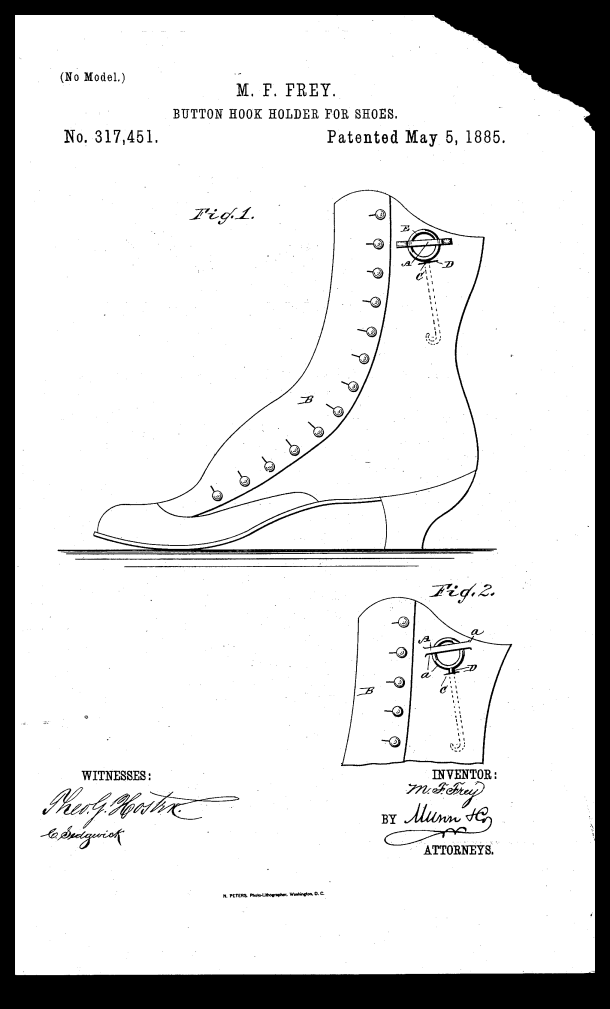 What are your memories of Block’s?
Do you have a shoebox full of shoe button hooks? Share the photos with us on the HistoricIndianapolis Facebook page! 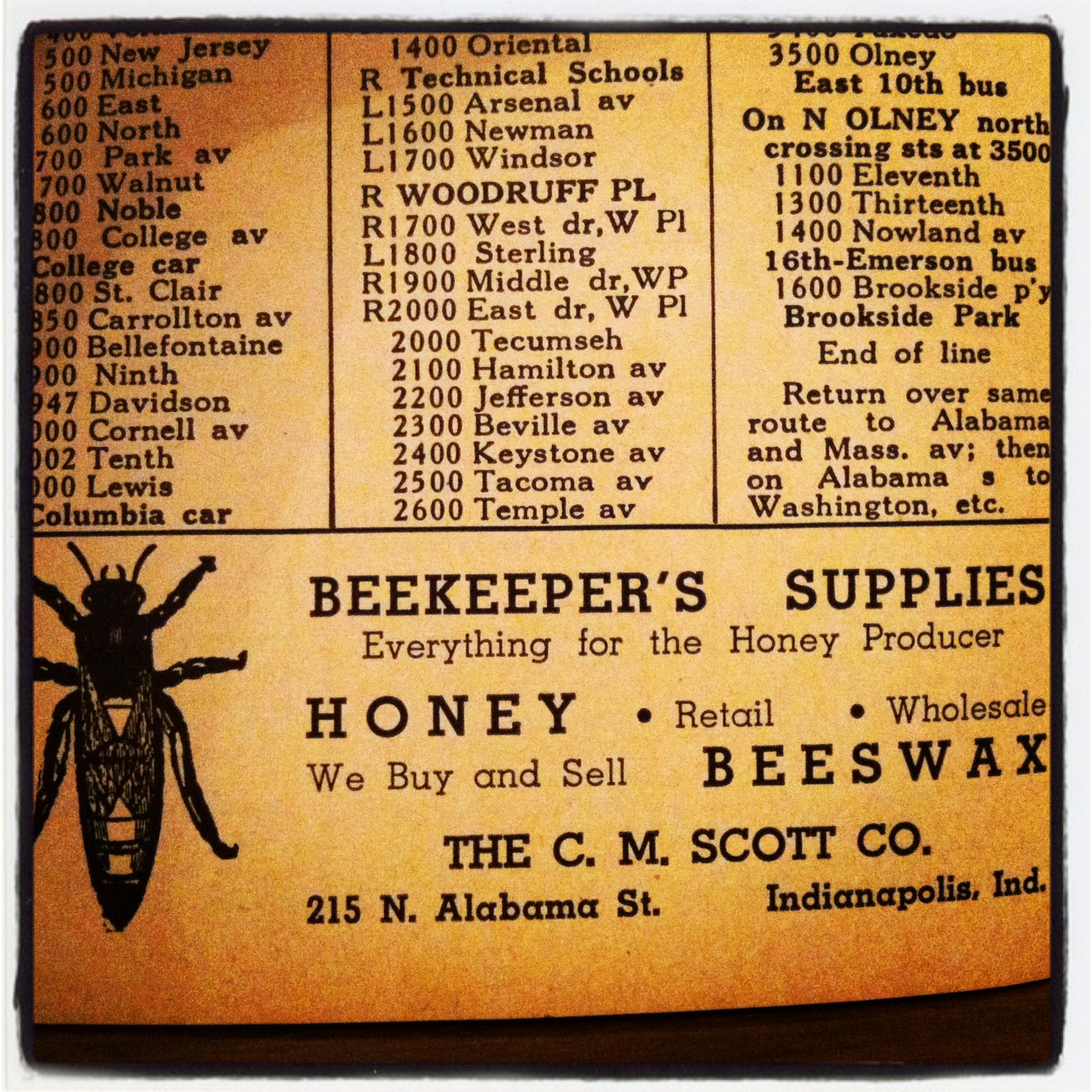 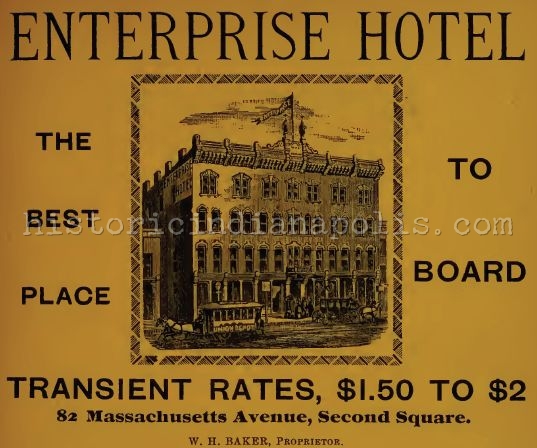 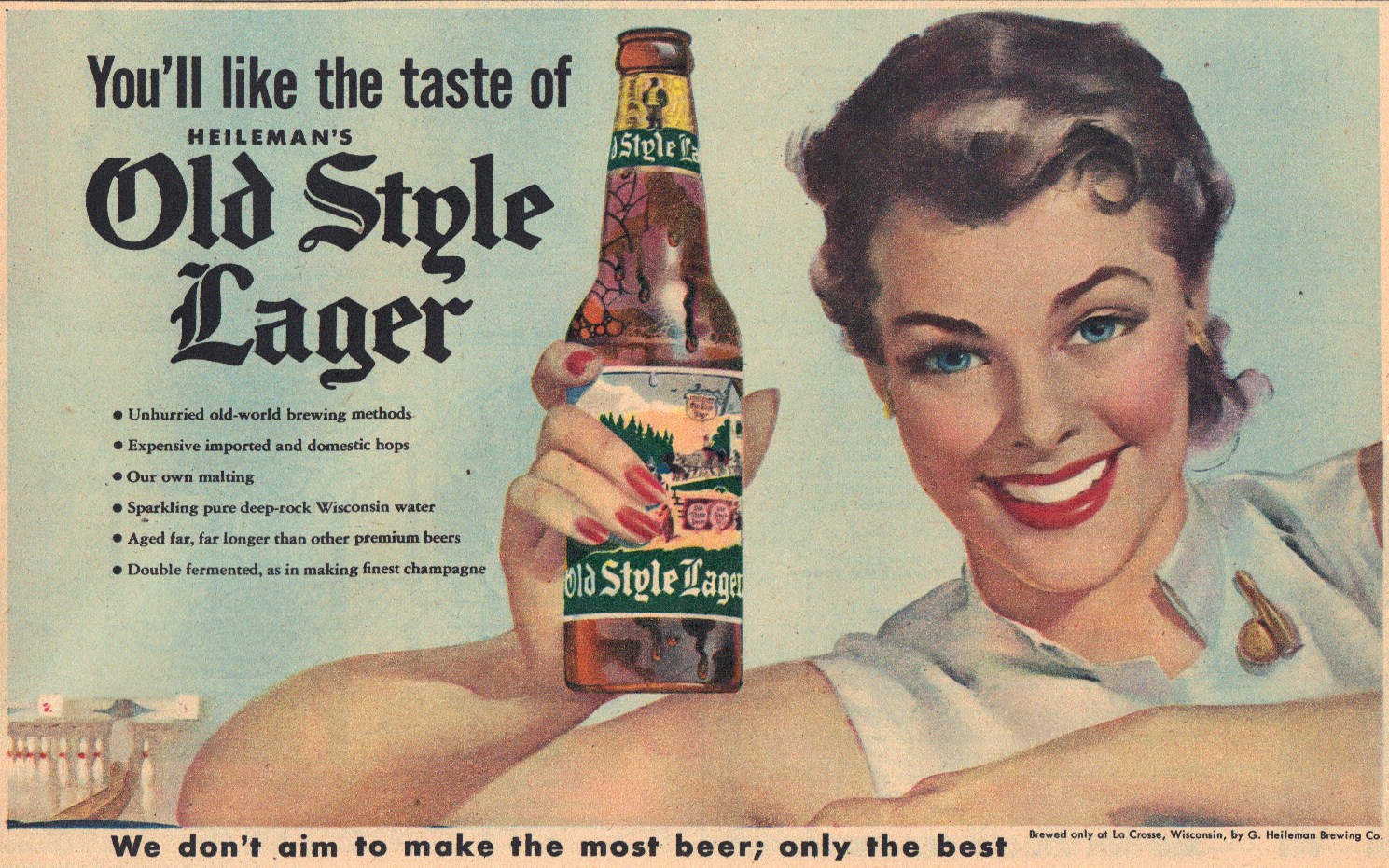