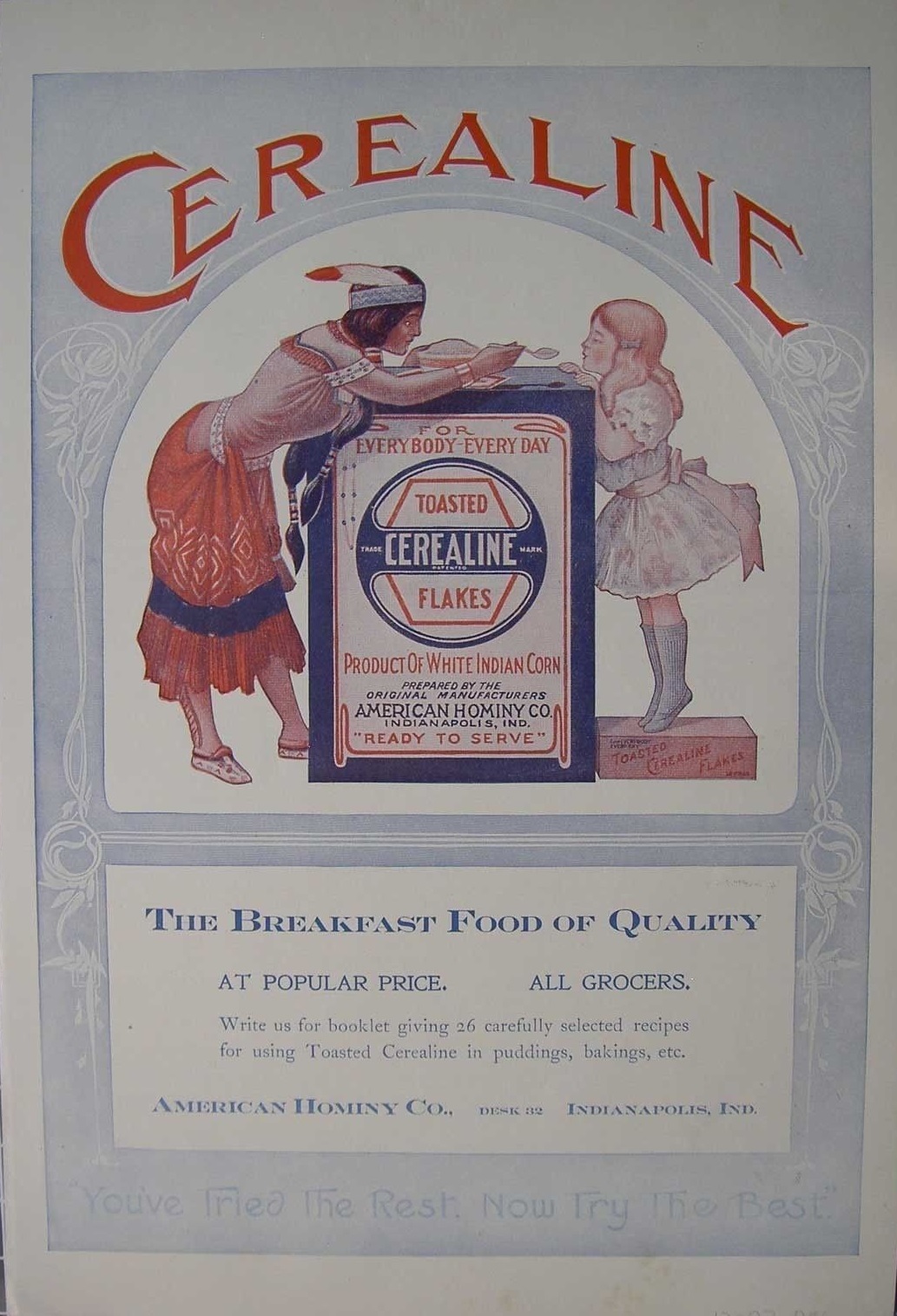 Business: American Hominy Company (formerly Cerealine Manufacturing Company)
Year of this Advertisement: 1907
Location:  18th Street and Gent Avenue (near 16th Street and Harding Street)
Neighborhood: Northwest side
What they did: Manufactured food stuffs
Years of operation: 1867 – 1922
Notable: Cerealine Manufacturing Company was founded in 1867 in Columbus, Indiana, by Joseph Gent.  The company moved to Indianapolis in 1892, and merged with nine other Midwestern mills in 1902 to form the American Hominy Company.  The original Cerealine building in Columbus, Indiana, is now a part of the Cummins Engine Plant.
Additionally:  There was once an Indianapolis suburb named, “Cerealine-town” located near the Cerealine plant.  It was not uncommon for early Indianapolis suburbs to be named for businesses or landmarks near them.  Do you know of any that still exist today?  Did any of your ancestors live in any of these early suburbs? 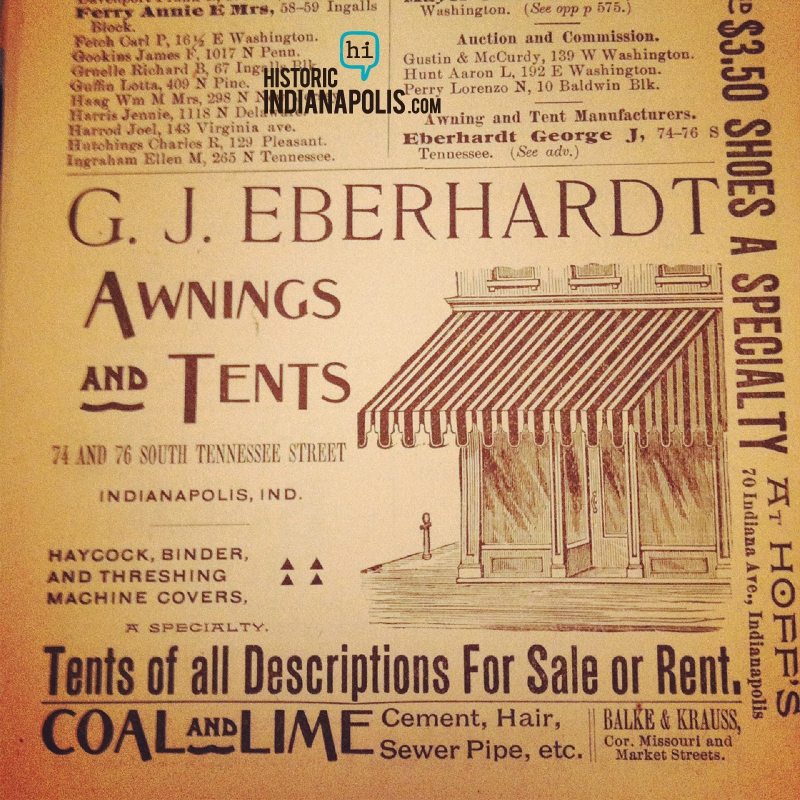