Sunday Adverts: Death as a Salesman 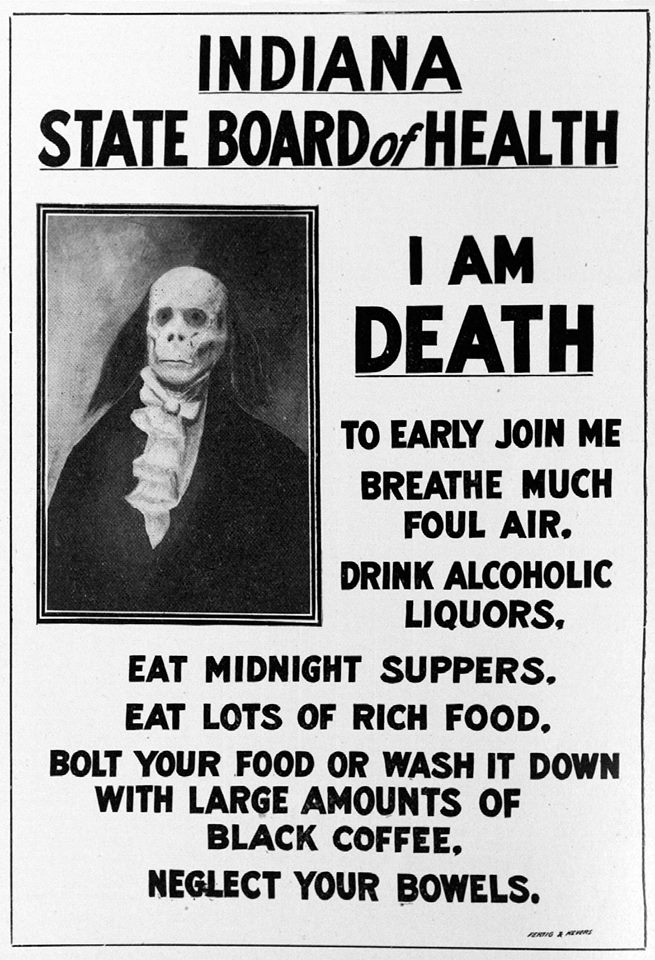 Death adorns a poster distributed by the Indiana Board of Health in the early part of the 20th century, advertising the abandonment of “unhealthy” practices. You can find many such gems online. The Indiana Public Health Historic Collections are located at scholarworks.iupui.edu

Pestilence was no stranger to early Indianapolis.

During most of Indiana’s history (in fact, throughout much of the 19th century), Hoosier physicians could offer little in the way of effective treatment.  Bloodletting, purging, errant tradition, superstition and downright quackery were performed house to house by the local doc, chemist or eclectic healer — in an attempt to stem contagion. In 1880, only three other cities in the US had a higher death rate than Indianapolis. 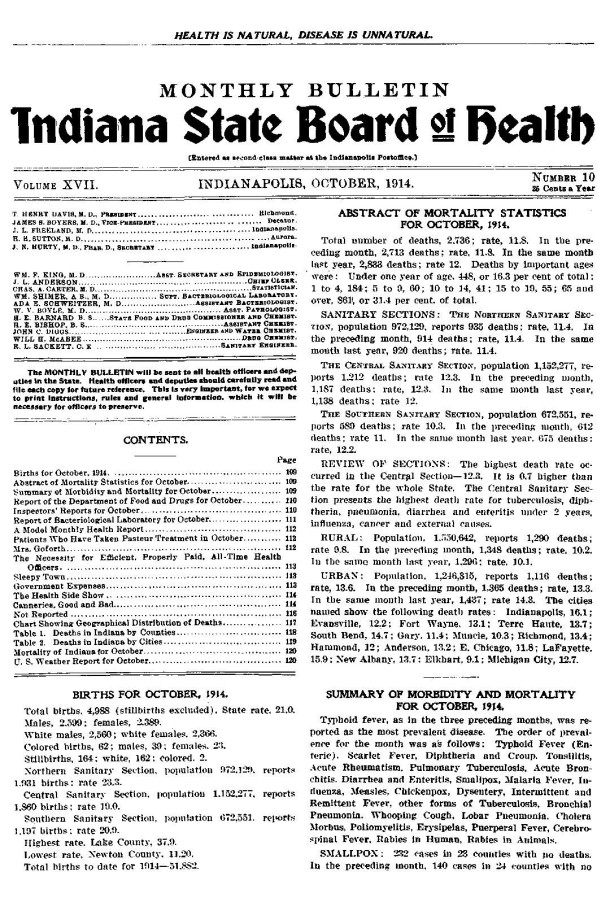 Health concerns for Marion County and the state 100 years ago this month.

The turn of the next century saw marked improvements in medical science and professionalism throughout the region. A statewide Board of Health was established. Food & Drug laws were enacted. The role of nutrition in health was beginning to be understood and sanitation standards were finally enforced.

Despite these incredible leaps forward, 100 years ago this month, authorities reported being particularly concerned about sanitation in canneries as well as rabies, polio and an outbreak of diphtheria. The Monthly Bulletin of the Indiana State Board of Health reported on the previous month’s “Public Health Side Show,” which was presented at the State Fair. The program, viewed by an estimated 20,000 attendees, featured a display of microscopes where guests could observe microbes… and “by means of a recent invention… still and moving pictures, in daylight.” Information about hygiene’s role in disease prevention, as well as nutrition were also highlighted. No doubt posters, such as the one featured above, adorned light posts and bulletin boards, threatening the specter of death upon those who would not heed public health warnings.

In just 100 years, we’ve come so far… except for those of us still “neglecting our bowels.”

Is there a historic Hoosier doctor or chemist in your family line?
Tell us all about him/her in the comment box below. 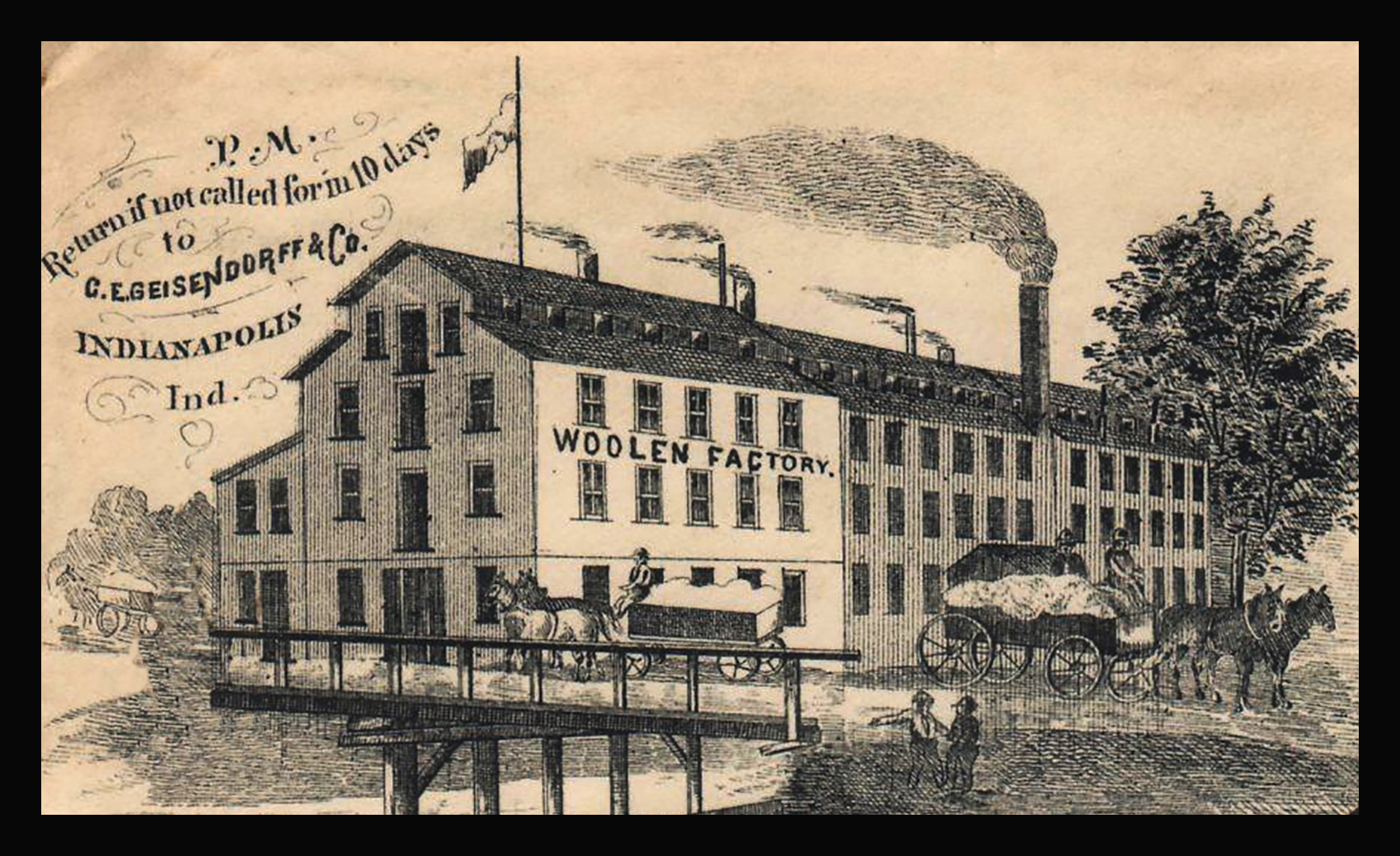