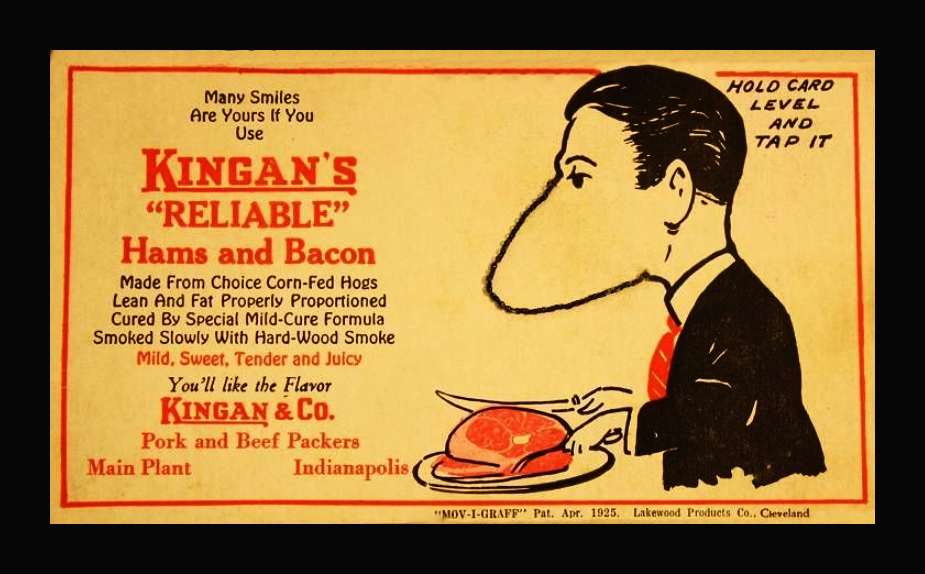 The Nose That Knows Kingan’s Meats!

If you enjoy stories of a bygone time, there’s nothing better than losing yourself in an antique shop, at the library — or on eBay where this trade card was found.

Trade cards were a form of advertising that began as early as the 17th Century and peaked in popularity in the late 19th Century. Trade cards ranged in size between a modern-day postcard and business card. They usually displayed a colorful scene on the “beauty side” of the card and store information on the opposite, “business side.”

Today, these bits of ephemera are frequently mistaken for outdated greeting cards and discarded — but in fact they are quite collectable.

The circa 1925 trade card featured above offers a uniquely interactive feature: a tiny chain loosely attached at each end to underside of the card. Printed instructions advised the holder to Hold Card Level and Tap It so that the chain can jump freely from one position to another (and likely from one fantastical nose shape to another). This innovative ad was manufactured by the Mov-I-Graff Company of New York.

The Indianapolis advertiser, Kingan & Co., was a meatpacking facility (1862-1966) that was once located in the area where the Indianapolis Zoo and Victory Field now stand.  The founder, Samuel Kingan, was an immigrant from Northern Ireland who settled in Indianapolis in the 1860s. Kingan & Co. would eventually become one of the largest of such businesses in the world, for the time. 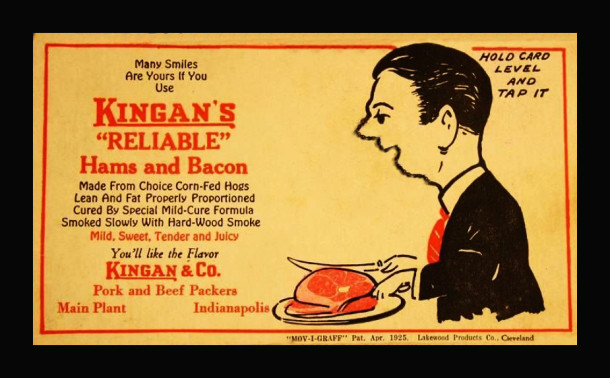 The Kingan’s Mov-I-Graff trade card with chain artfully, rather than haphazardly, repositioned.

Samuel Kingan must have been a prolific advertiser. Many of the company ads and premiums have survived to today. A quick search around the Internet produced several Kingan meat recipe cookbooks, a pocket mirror, toy trains, postcards, and watch fobs, in addition to print ads.

As historic collectables go, “the nose” was quite affordable on eBay. In general, trade cards begin in the $5-$20 range, depending on rarity and condition, of course. However, Mov-I-Graff cards tend to command a slightly higher price ($25-$50).

Can’t get enough of our “man of 1000 faces”? Check out these old Mov-I-Graff advertising premiums from other times and places: 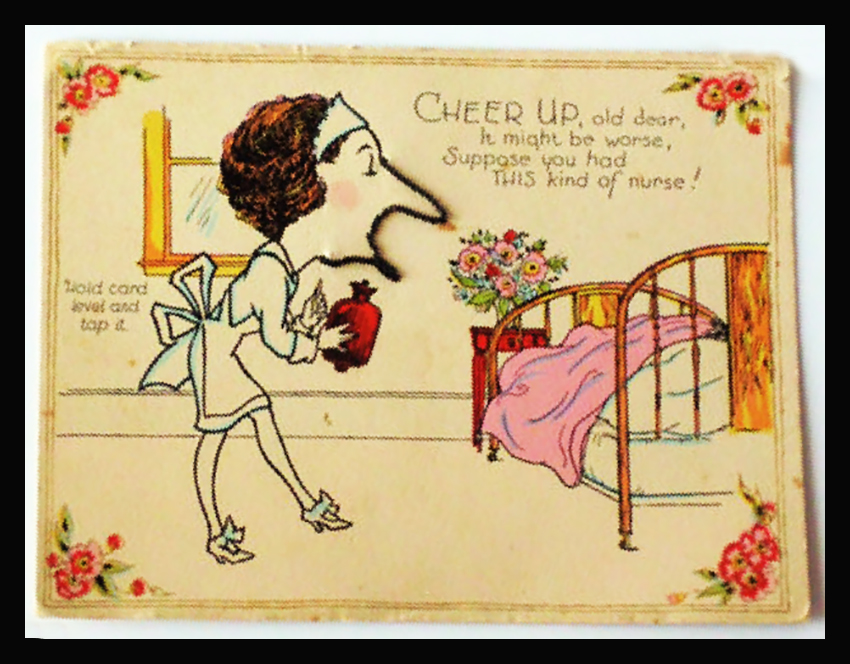 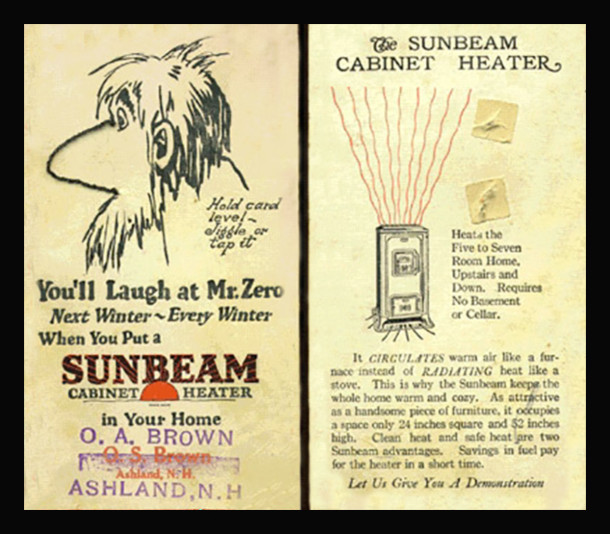 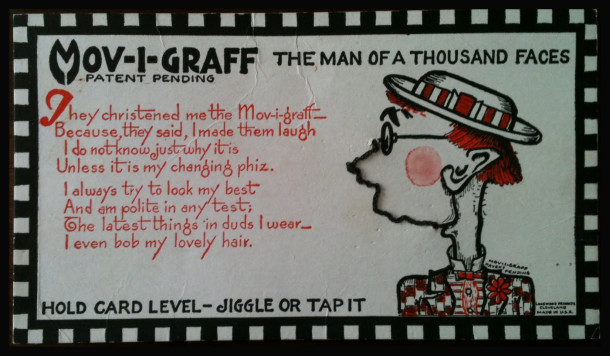 – Do you collect Indianapolis memorabilia?
– Have you ever thrown away something you found in a dusty attic only to find out it was a collectible?
– Do you have a favorite Indianapolis ad of any genre?

Tell us about it in the comment box below… 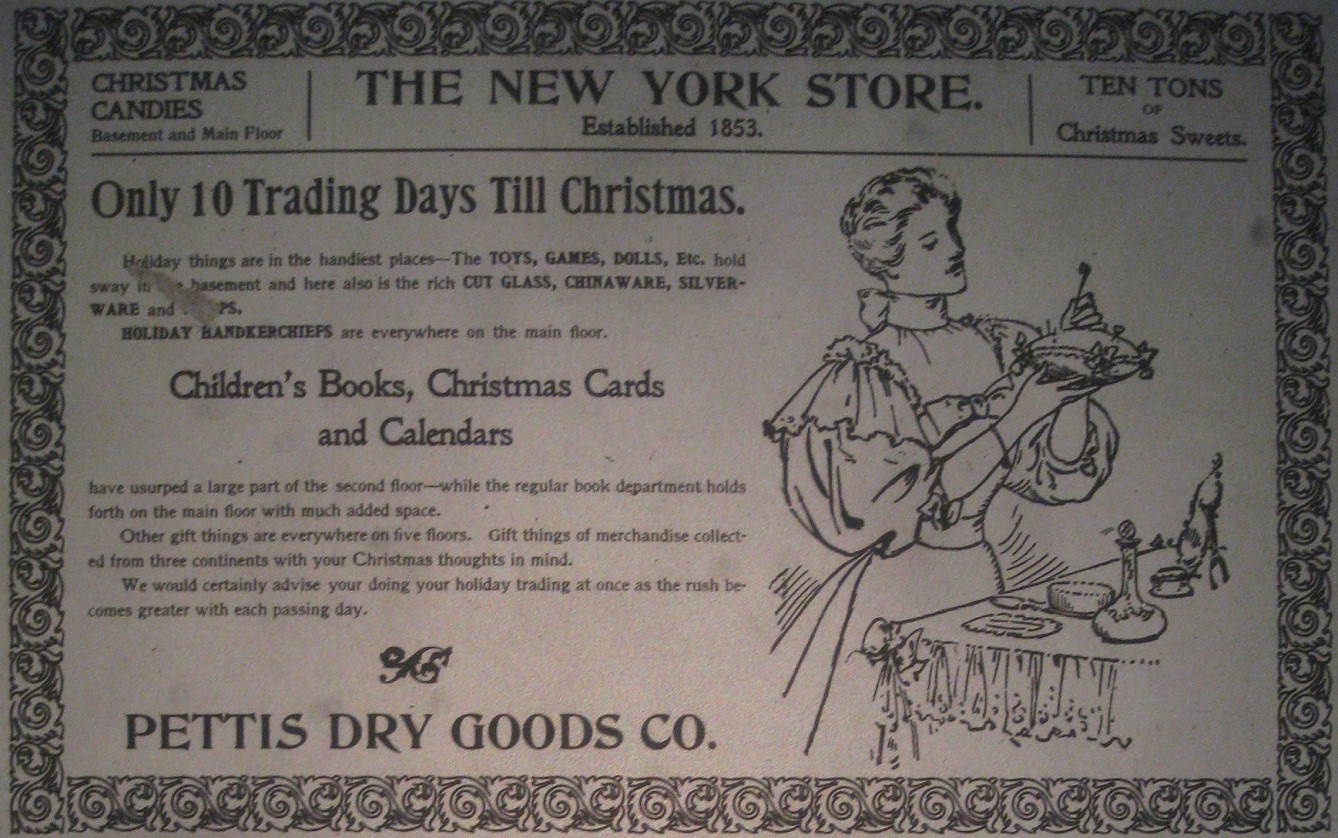 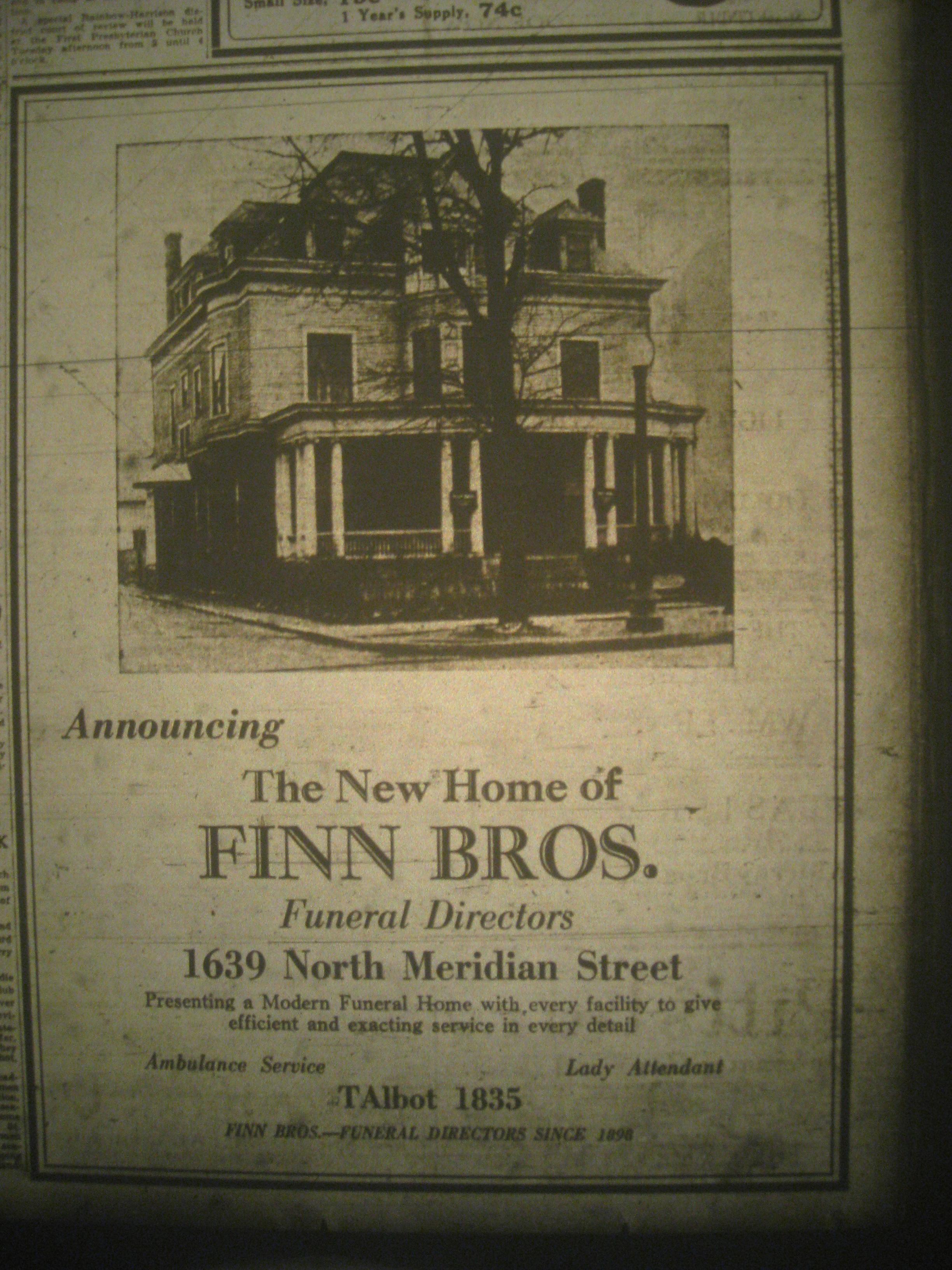 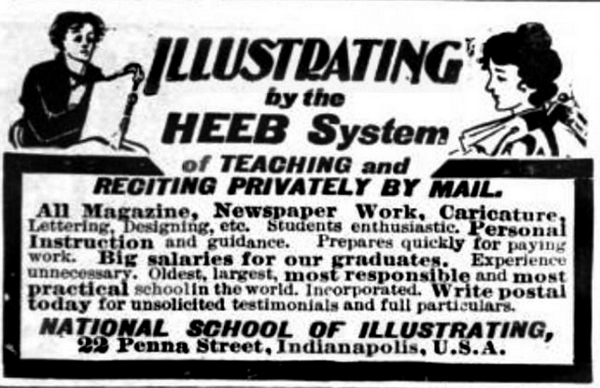 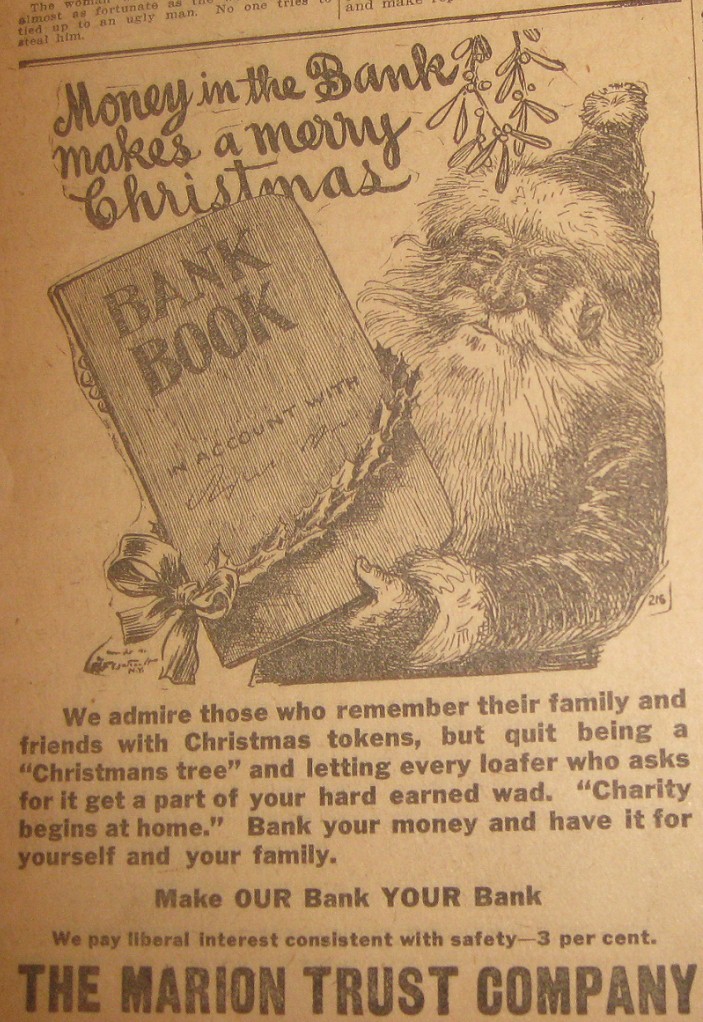 Sunday Adverts: That Santa Should be Scrooge…