Before Massachusetts Avenue was known as a cultural district filled with theaters, galleries, and restaurants, it housed a variety of businesses as seen in this 1906 photograph of the north side of the 300 block. Most viewers will quickly get their bearings since Stout’s Shoes has occupied this site just east of Delaware Street since the 1880s. Other than the buildings on the ends, the block is remarkably intact.

The two sole shoppers in this photograph do not reveal that Massachusetts Avenue was a busy shopping district offering nearly every product and service required. On the left is Owen J. Conrad’s clothing and cloak store, followed by a saloon in the tall, skinny Italianate building. Signs advertise “People’s Choice Terre Haute Beer.” Next is Stout’s, then named “Stout’s Factory Shoe Store,” offering shoes for $2.50 and $3.00. Sharing the same building is Jenner’s picture frames and mirrors and a steam dye house specializing in cleaning, dying, and pressing clothing. The five- story George J. Marott Department Store, on the right, was constructed in 1906. Cloth blocking the windows may indicate that the store is not yet open and workers are preparing for the “big reveal.” Newspapers from the era advertise apartments for rent above the shops.

This image is a detail of a larger 9″ x 34″ panoramic photograph made by Indianapolis photographer Charles F. Bretzman. Several years ago a grant from the National Historical Publications and Records Commission funded the preservation and duplication of hundreds of cirkut photographs owned by the Indiana Historical Society. If you have some time to kill, zoom in on the digital version of this photograph and then check out the rest of the collection. Be forewarned that you might lose several hours of your life as you become engrossed with the minutiae of Indianapolis as revealed in the detailed, large-format negatives. 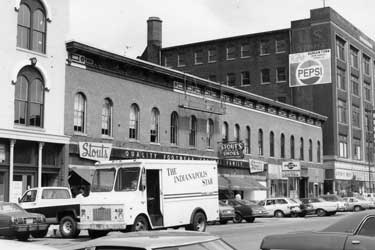 Revitalization began on Massachusetts Avenue in the 1980s, as seen in this 1980 photograph from Riley Area Development Corporation. 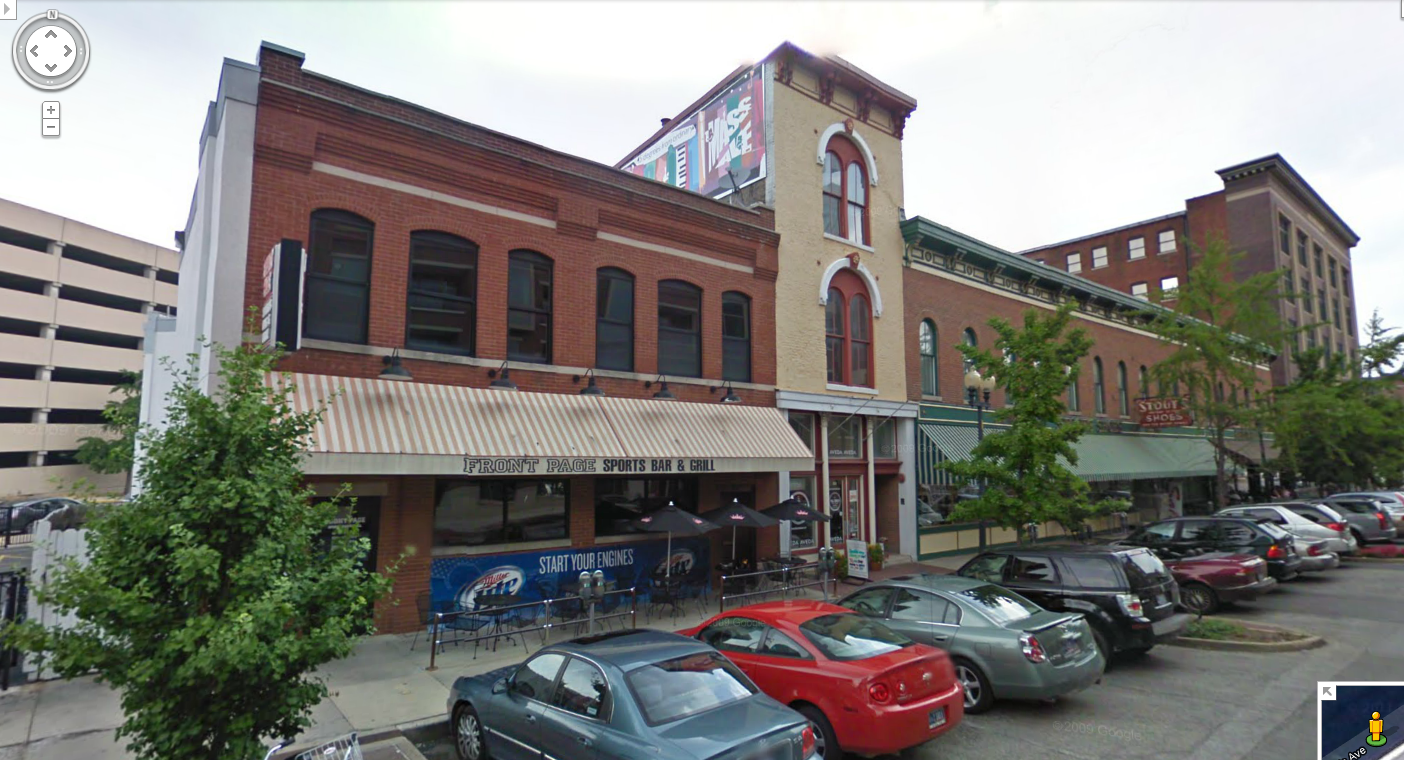 As of 2009 the block is bustling once again with the Front Page Sports Bar & Grill, Full Circle Hair Studio, Stout’s Shoes, Bazbeaux Pizza (since moved across the street), and the Marott Center, which today leases space to a variety of medical and other businesses.

Do you still think of Herbert H. Reiner & Son Furs, Cunningham Gallery, Kelly’s Bargaintown, or Ripley (Stout’s squawking macaw) when you remember this block? Share your memories about Massachusetts Avenue.